Mum in hospital with burns despite ‘repeatedly applying suncream’

Danielle Fitzsimons, 31, was left with pus-filled blisters all over her back (Picture: Kennedy News & Pictures)

A mum is terrified to go out in the sun after being hospitalised with horrendous sunburn – despite ‘repeatedly applying’ factor 30 Malibu suncream.

Danielle Fitzsimons, 31, was left in ‘unbearable’ pain after a day at the beach with her children during the UK heatwave.

Doctors told her she came ‘as close to third-degree burns as sunburn gets’ as her back was left covered in pus-filled blisters.

But a spokesperson for Malibu said the majority of the public is unaware of how many times they need to reapply suncream to protect themselves in hot weather.

The mother-of-two bought SPF 30 Malibu Lotion Spray for the first time to enjoy Bumcrama Beach in Northern Ireland with dad Stephan, 54, and kids Khloe, 9, and Hayleigh, 8 on Saturday.

Two days later, she was put on gas and air and bandaged up in hospital – and says she has been back ‘nearly every day since’.

She said: ‘I’m covered in thousands of little blisters and my skin’s all torn off. The pain is horrendous and I’m lucky if I get more than an hour’s sleep per night.

‘I can’t lie down, I can’t brush my hair, I can’t do anything. I feel ill because the pain is so bad. It’s unbearable.

‘I don’t understand why everyone else was fine and I’m the only one that ended up like this.’

Danielle, from Newtownstewart, County Tyrone, continued: ‘It’s left me scared to go out. I can’t go out at all because if any sun touches my back, even through the bandage, the pain just makes me completely weak. 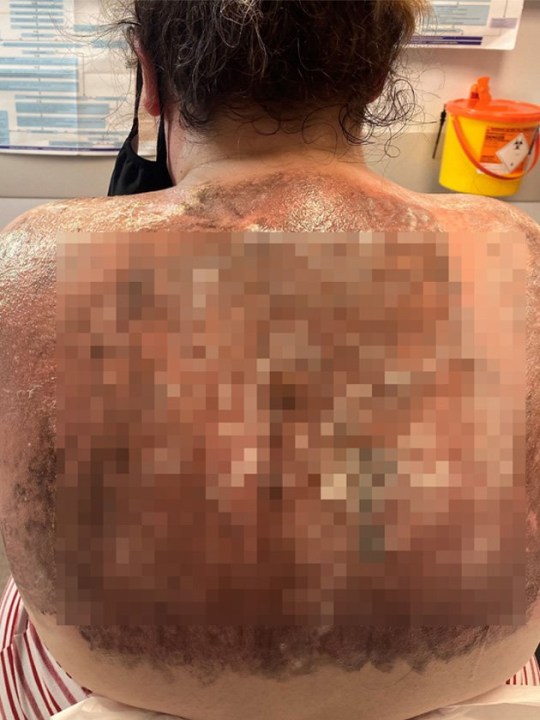 She says her skin is ‘all torn off’ (Picture: Kennedy News and Media) 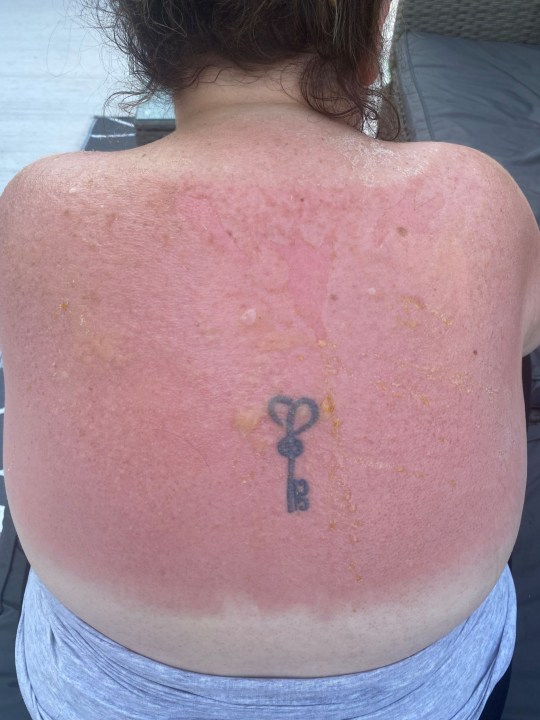 Medics said she came ‘as close to third-degree burns as sunburn gets’ (Picture: Kennedy News and Media)

‘When your skin’s damaged it makes you scared about skin cancer and this has put me off going out in the sun all together if I’m honest because I can’t believe how badly burned I’ve ended up.

‘When I try and lie down the blisters are just busting and running down my back and my shoulders.’

Danielle is currently filing a complaint with Malibu as she claims she applied the cream multiple times and normally doesn’t burn.

She said: ‘My dad was there with us and he had the parasol up and we were standing in the water about knee-deep and the kids were paddling. I wasn’t sun bathing particularly.

‘I applied the cream before I even left the house, then I applied it when I got there and then while I was there too. I think that’s more than enough times to apply it.’

A spokesperson for the London-based company Malibu said they adhere and conform to all UK and European regulations, with products undergoing ‘stringent testing to gain their SPF claim’.

They said: ‘When a sun protection cream/lotion is tested a certain amount is applied to a certain area of skin.

‘The skin is exposed to artificial sunlight for a certain amount of time and depending on how the skin behaves determines the SPF.

‘A normal fair-skinned person would burn in 10 minutes without suncare. If they use SPF30 this will give them 30 times longer in the sun before burning than without use (no matter how many times its applied). This equates to 300 minutes, five hours. 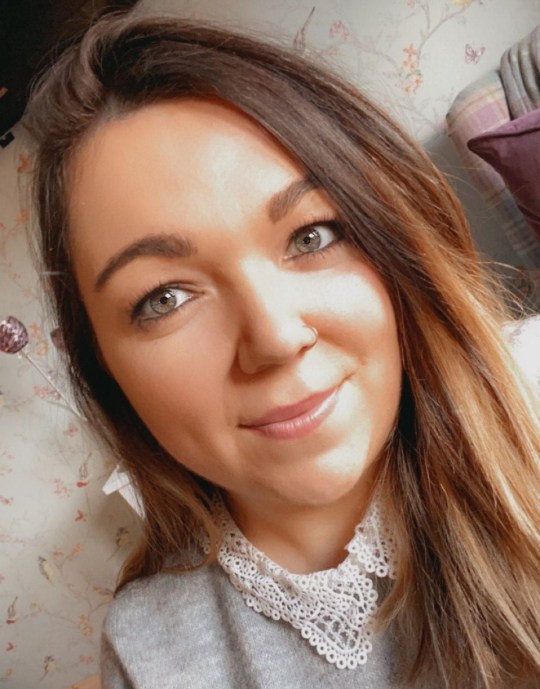 The mum claims she applied the cream repeatedly and normally tans (Picture: Kennedy News and Media) 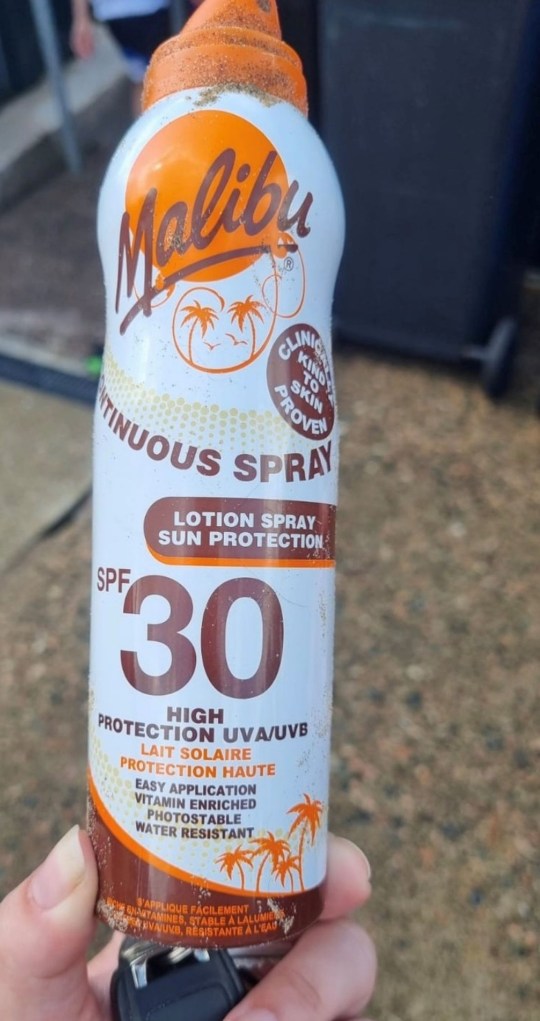 Malibu said not many people know how often to reapply suncream (Picture: Kennedy News and Media)

‘An appropriate application should be two-to-three tablespoon of lotion to an average body in a swimsuit. (If you hold your palm upside down and dip, the depression is one tablespoon).

‘This is quite a lot a lotion and our problem is that the majority of the public do not realise how much protection they need to apply to get their SPF coverage. If they don’t apply enough suncare then they do not get the SPF they are expecting.

‘The ethos of our company is that suncare should be affordable to everybody.. We also try to educate so people are aware how key application is as well.’