NEW mums have revealed their top worries about returning to work – including having to take time off to look after a sick child, the cost of care and fears that colleagues may see them in a different light.

Other concerns include dealing with company changes after an average of 10 months away and coping with the physical effects of becoming a mum in the workplace. 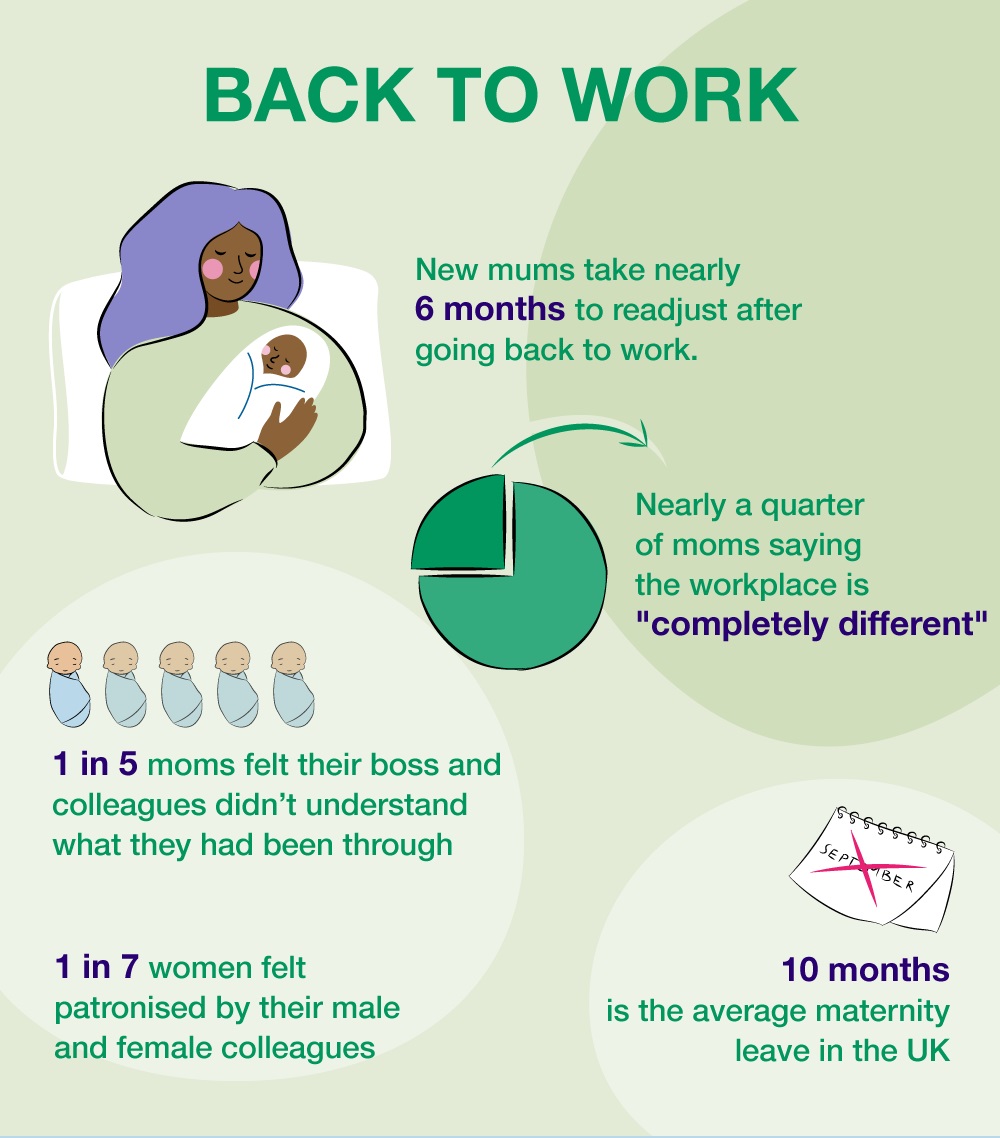 Mothers had different concerns when returning to the workplace Credit: TENA

However, being able to earn again, having ‘adult’ conversations and having a reminder of their pre-baby life were positives to come from rejoining the workforce.

A poll of 1,000 mothers who have gone back to work after having a baby found 31 per cent found it harder than they expected.

As a result, new mums take nearly six months to readjust after going back to work – with nearly a quarter saying the workplace is “completely different”.

Just under one in five felt their boss and colleagues didn’t understand what they had been through – mentally and physically.

And one in seven felt patronised by their male – and female – colleagues as they learned to juggle work and parenting.

The study by incontinence product brand TENA also revealed one in five women had broken down in tears after just a few days back at work.

Lisa Myers, from TENA, said: “Returning to work after having a baby can be a huge adjustment for many women.

“Regardless of how much you loved your job, or how good you were at it before you had a baby, during that time away, however long or short your maternity leave was, your whole life has changed. 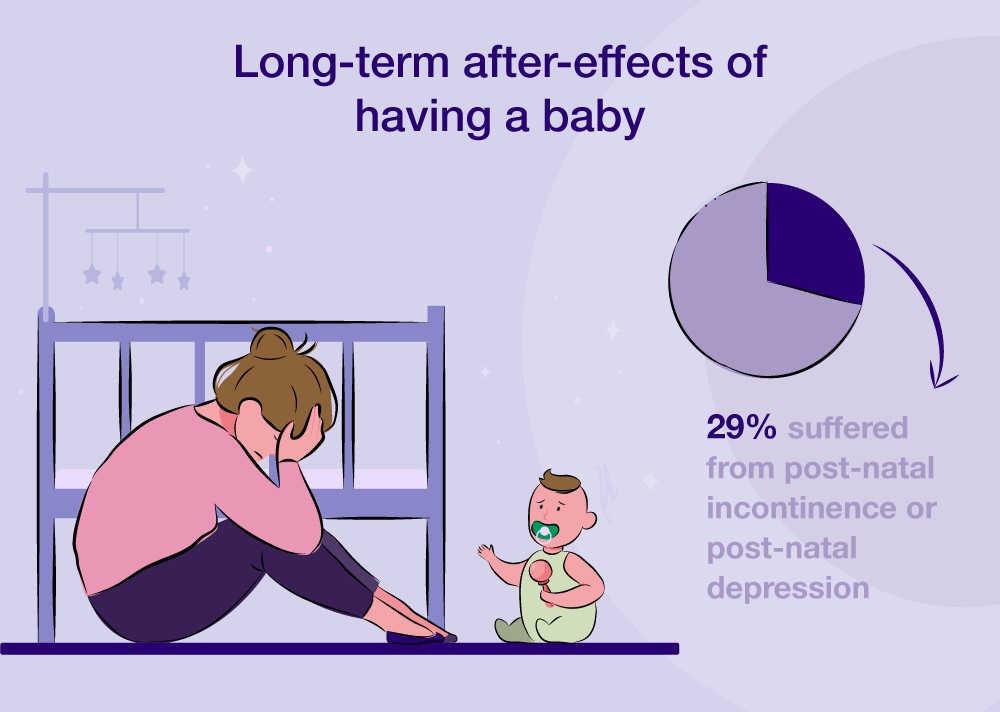 Long term after-effects of having a baby include post-natal depressionCredit: TENA 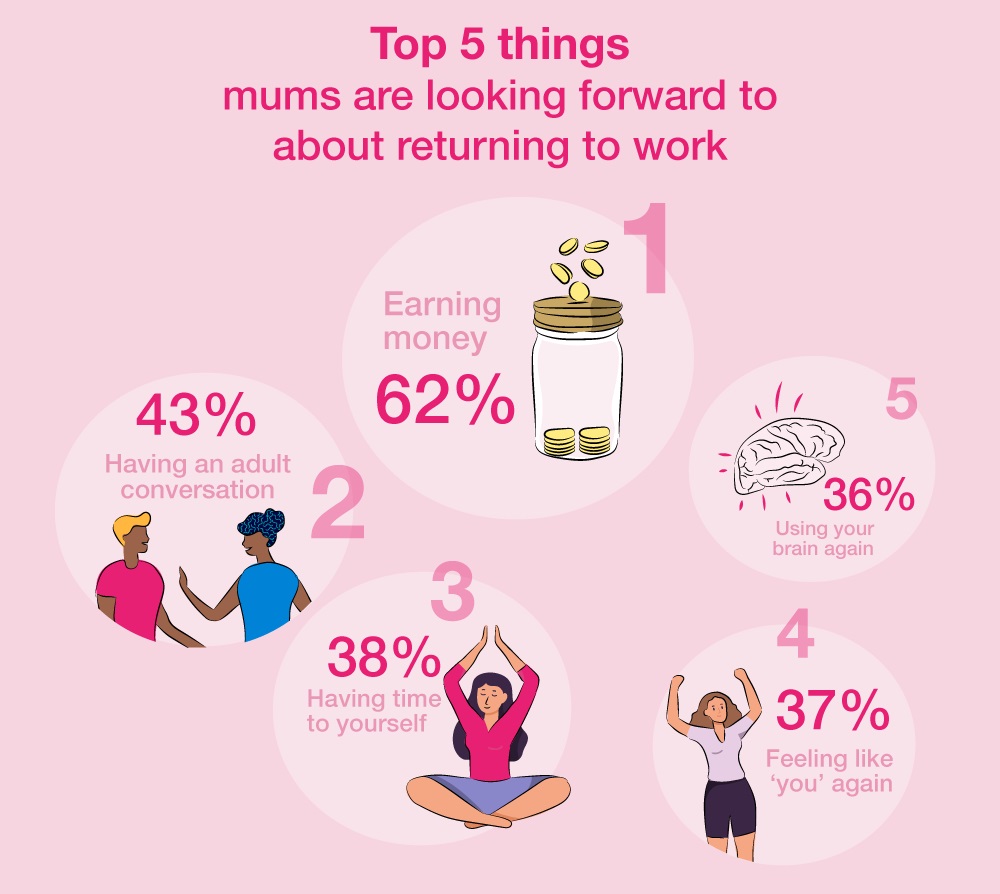 Some mums look forward to returning to work for a myriad of reasonsCredit: TENA

“Your priorities are different and as you try to juggle childcare and your responsibilities as a parent with your job, you can feel isolated and as if no-one understands – particularly if your boss and colleagues don’t have children of their own.

“This is also made worse by the physical and mental effects of having a baby – many of which can still be affecting women months or even years later.

“At a time when confidence levels may already be low as mums adjust to being back in the workplace after months away, issues such as post-natal incontinence can make that return to work even harder – especially with the taboo around it making it difficult to talk about.”

Broadcaster Anna Whitehouse, AKA Mother Pukka, and comedian Athena Kugblenu, have spoken about their experiences and the challenges of being working mums in a video. 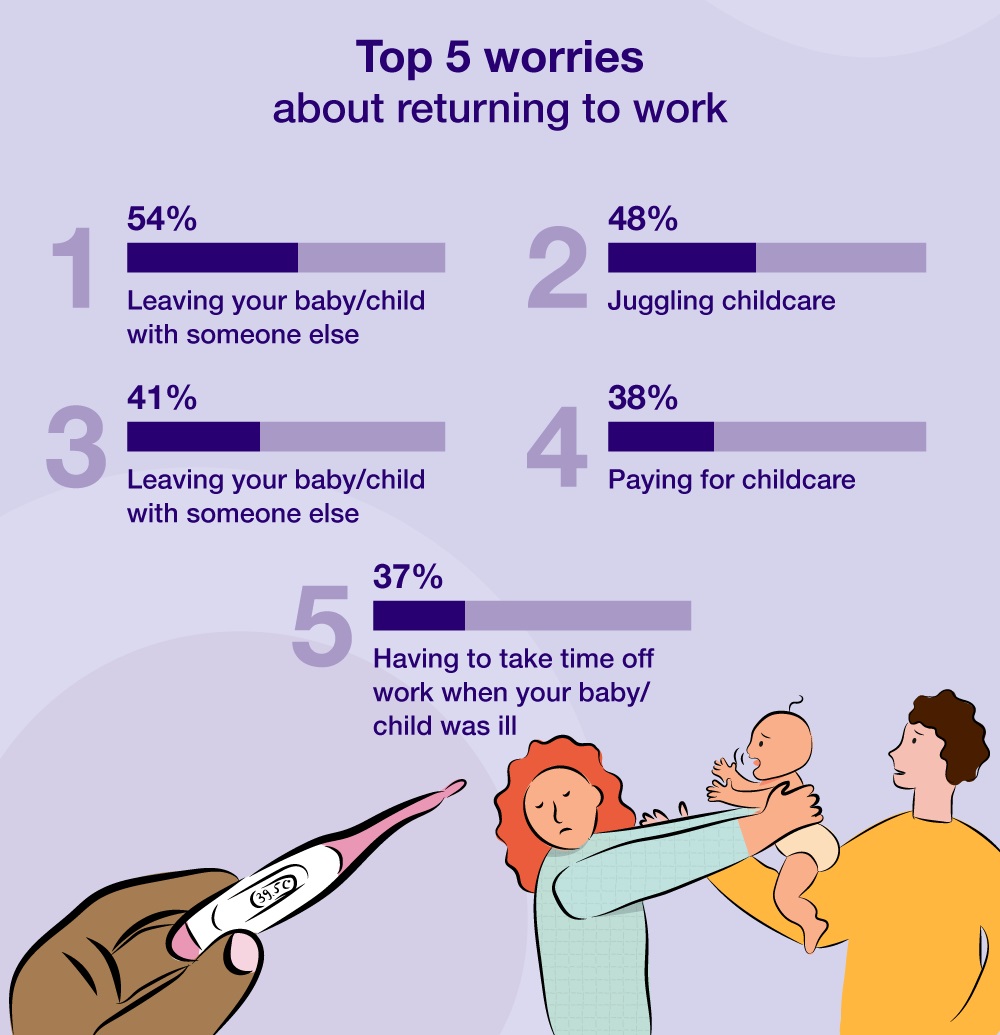 54% of respondents worried about leaving their baby/child with someone else when they returned to work Credit: TENA 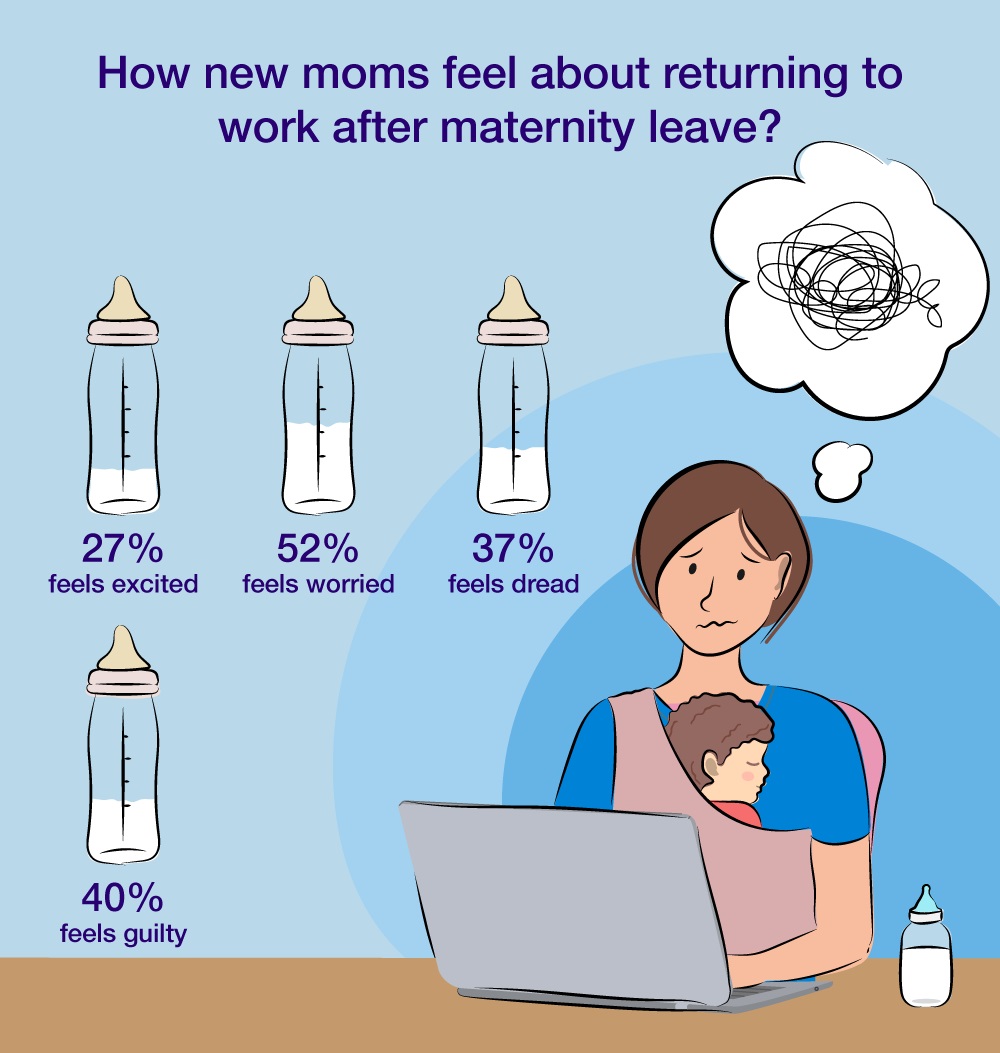 52% of mums felt worried when returning to work after maternity leaveCredit: TENA

The study also found that while 27 per cent of new mums felt excited at the prospect of returning to work, 52 per cent were worried and 37 per cent went as far as to say they were dreading it.

And 14 per cent worried that this meant the effects of medical issues brought on by pregnancy and childbirth just made them look unprofessional.

As a result, of the 29 per cent who suffered from some long-term after-effects of having a baby, such as post-natal incontinence or post-natal depression, just 22 per cent were completely open with their colleagues or boss.

Of those who kept it to themselves, 53 per cent did so out of embarrassment while 55 per cent didn’t want others to think they weren’t up to the job, according to the study carried out via OnePoll.

A quarter of those who suffered long-term physical or mental effects of pregnancy and childbirth said it affected their career, with 32 per cent also feeling like their colleagues or boss treated them differently as a result of their issues.

Lisa Myers, from TENA, added: “The working landscape has changed considerably over the last few months – especially for those who are based in offices.

“And there are many who believe the rise of working from home will benefit those mums returning from maternity leave – especially if they are also dealing with the physical or mental effects of having a baby.”

For more information on mums returning to work after having a baby, including advice from Mother Pukka and Athena Kugblenu, go to https://www.tena.co.uk/women/living-with-bladder-weakness/how-to-deal-with-incontinence/back-to-work-how-mums-really-feel

Top 20 worries about returning to work

1. Leaving your baby/child with someone else (54 per cent)

3. Fitting back into your job and knowing the role (41 per cent)

5. Having to be more organised to get everything ready for work/ nursery/ school in the morning (38 per cent)

6. Having to take time off work when your baby/ child is ill (37 per cent)

7. Dealing with changes that happened with your job/ company while you were away (33 per cent)

8. Fitting back into the team when your life had changed so much (29 per cent)

9. Colleagues not understanding the pressures of having a child (23 per cent)

10. Not being able to work late/ come in early when everyone else does (23 per cent)

11. Not being able to socialise as much as everyone else (16 per cent)

13. Dealing with the physical effects of having a child (13 per cent)

14. Boring your colleagues with baby talk (11 per cent)

15. That your colleagues will see you in a different light (10 per cent)

16. Not understanding the in-jokes after having time away (8 per cent)

17. Arriving at work with fingerprints/ food /sick on clothes (6 per cent)

18. Being reprimanded for constantly calling the childminder / nursery to check on the baby (6 per cent)

20. Pulling children’s toys out of your bag in a meeting (3 per cent)

2. Having an adult conversation (43 per cent)

7. Being back to a little bit of normality from your pre-baby life (33 per cent)

8. Being back with your team/ colleagues (32 per cent)

9. Having a routine again which didn’t revolve around feeding and nappy changes (26 per cent)