A FAMILY were shocked after discovering that their home of 50 years is set to be demolished to make way for a new cycle path.

Lesley Austin only learnt of the decision after seeing their house vanished from plans submitted for a new road.

The family have been in the same house for nearly 50 yearsCredit: NNP 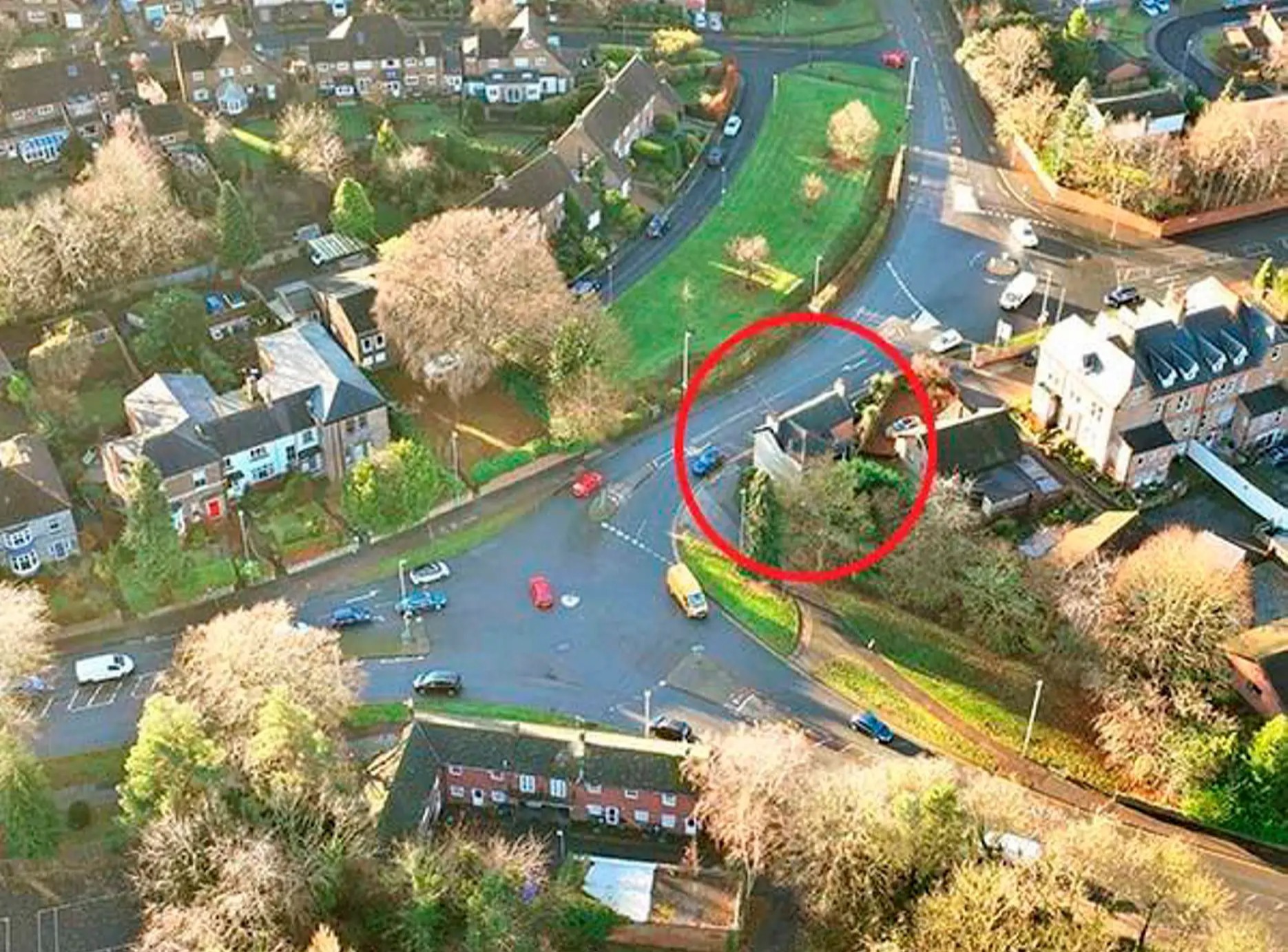 The house sits exactly in between where the council wants to build two roundaboutsCredit: NNP 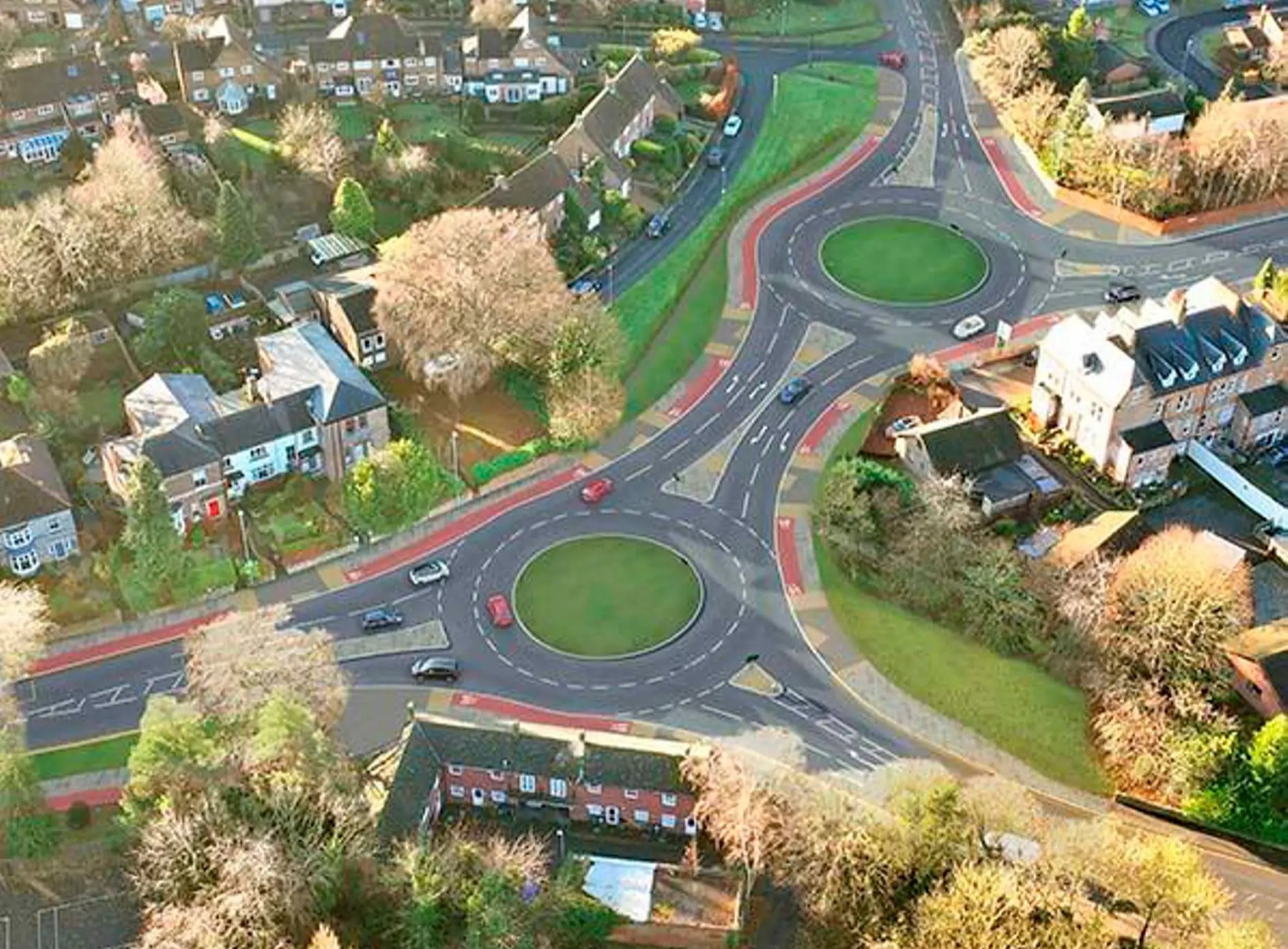 This artists’ impression shows the Austin’s house disappeared but the house directly behind still standingCredit: NNP

The Austins had been raised in the same home for 49 years, housing three different generations.

But the council-owned house could be flattened if plans are approved plans redevelop the A68 near Darlington, Durham.

Lesley, 47, said her husband Richie, 52, and two children only realised their home would be demolished when it had disappeared from an artist’s impression image of the council’s plans.

The plans showed only the Austin’s house disappeared – with a cycle path in its place – and all other houses in the vicinity still standing.

She says the thought of losing their home is “taking a huge toll” on the family but they vowed to “fight tooth and nail” to keep it.

She said: “It was hard when my friend sent me a screenshot of the artist’s impression. It really rattled me because it was the first time we had seen the house not on the corner.”

“I really don’t grasp why demolishing a house and changing the road is going to make any difference,” Mrs Austin explained.

“I’m not moving at my own free will. It’s a big, quirky old house and I’m going to have to get rid of things that mean a lot to me.

“I don’t want to lose it and I will fight tooth and nail to keep it but I think it’s a case of it already being passed and they’re just waiting for funding.”

Mrs Austin said neighbours had heard rumours about the plans for around two years but was she was still shocked when the council ploughed ahead and released its controversial proposal.

She added that the road’s redevelopment, as part of bigger plans on the A68, is not necessary.

“We never have a backlog of traffic at all unless there’s an accident. We purposely stand in the garden now to watch it and it flows,” Mrs Austin said.

“There isn’t a need for this and people are all of the same opinion, it’s not going to make any difference.

Mrs Austin, a private healthcare assistant, said the home’s convenient location means she can walk to work in minutes – but that would stop if she had to leave.

She added: “The council are trying to send us to the other end of town with the houses they’ve offered.

“We could have left this property years ago but we choose to live in this area. It’s close to work for me, close to the roads.

It was hard when my friend sent me a screenshot of the artist’s impression. It really rattled me because it was the first time we had seen the house not on the corner

“I don’t want to move out of the area. The kids struggle with not knowing about the future.

“It has and it is taking a huge toll on all four of us in different ways.”

For now, the family are bracing themselves for the day the bad news arrives.

“I am part boxed up and ready to move,” Mrs Austin said. “I have had to de-home my home. It’s not a home anymore it’s a house.”

Darlington Council said a number of “suitable” alternative council homes have been offered to the Austin family.

Councillor Andy Keir, cabinet member for local services, said: “While these proposals are at an early stage we have already had a number of meetings and discussions with the tenant of the council-owned house.

“The decision to demolish a residential building is never taken lightly but the constraints on space available in this area mean that if the proposed designs do go ahead, it will be necessary on this occasion.

“We are mindful that the tenant is being asked to vacate their long-term home, however a number of suitable alternatives have been offered – discussions which were initially progressing positively.

“We are committed to working with the tenant in a positive manner. The wider public consultation is open until February 11 and I would encourage anyone who has a view to email [email protected]”