Nelson Mandela day: 19 of his quotes which helped change the world

President Nelson Mandela gives 15 March 1994 in Mmabatho a clenched fist to supporters upon his arrival for his first election rally (Picture: Getty Images)

Today would have been Nelson Mandela’s 103rd birthday.

The politician and civil rights advocate died in 2013 after a life spent fighting for democracy equality in South Africa.

But his memory lives on in his achievements, especially in ending apartheid in South Africa and winning the Nobel Peace Prize.

Nelson Mandela Day is all about commemorating Mandela, honouring his life’s work and continuing it into the future.

Here are some of the greatest things he ever said – quotes that helped change the world.

3) What counts in life is not the mere fact that we have lived. It is what difference we have made to the lives of others that will determine the significance of the life we lead 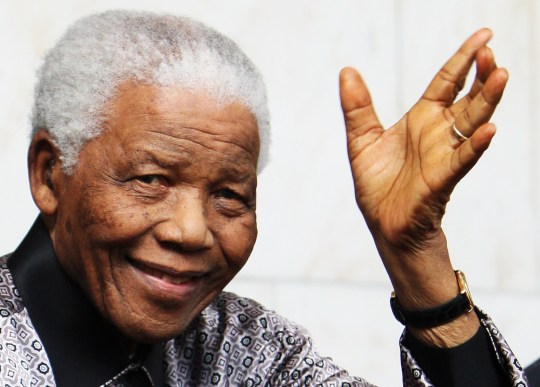 4) I learned that courage was not the absence of fear, but the triumph over it. The brave man is not he who does not feel afraid, but he who conquers that fear

7) After climbing a great hill, one only finds that there are many more hills to climb

8) Money won’t create success, the freedom to make it will

12) I was not a messiah, but an ordinary man who had become a leader because of extraordinary circumstances

13) Never, never and never again shall it be that this beautiful land will again experience the oppression of one by another 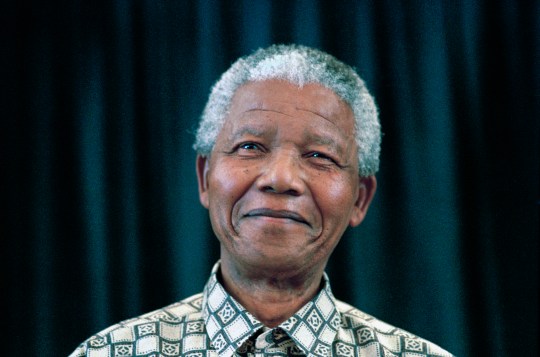 Mandela was released from prison in 1990 after 27 years (Picture: Getty Images)

16) Running taught me valuable lessons. In cross-country competition, training counted more than intrinsic ability, and I could compensate for a lack of natural aptitude with diligence and discipline. I applied this in everything I did

17) As long as poverty, injustice and gross inequality persist in our world, none of us can truly rest

18)  Nonviolence is a good policy when the conditions permit

Nelson Mandela: Everything you need to know

Where was Mandela born and how did he get into politics? 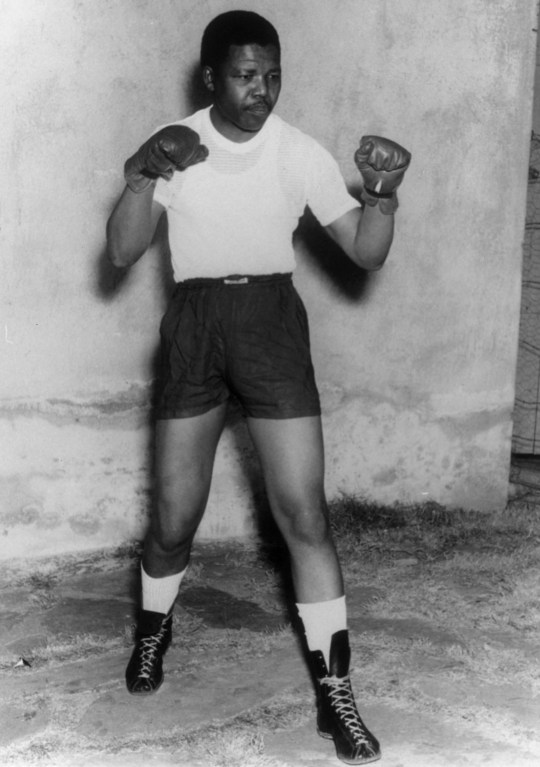 Mandela was born in the village of Mvezo, Transkei, into the Madiba clan.

Nelson wasn’t Mandela’s birth name – instead being given the name Rolihlahla by his parents. It was his teacher at his primary school in Qunu who gave him the name Nelson as part of the custom of giving all schoolchildren Christian names.

Nelson Mandela went to university at the University College of Fort Hare but did not complete his degree until 1943 via the University of South Africa as he was thrown out for taking part in a student protest. When Nelson Mandela returned to his village he was told he would be married off so he and his cousin ran away to Johannesburg in 1941.

After taking a job as a security guard, Mandela started studying for an LLB at the University of Witwatersrand but again did not complete the degree until many years later. Mandela himself said the delay was because ‘he was a bad student’.

Mandela entered politics in 1942 joining the African National Congress in 1944 where he helped found the ANC Youth League. As a member of the ANC he led a campaign of civil disobedience in protest at apartheid and other breaches of black civil liberties in South Africa. He was arrested and sentenced to nine months of hard labour but the campaign of civil disobedience continued. 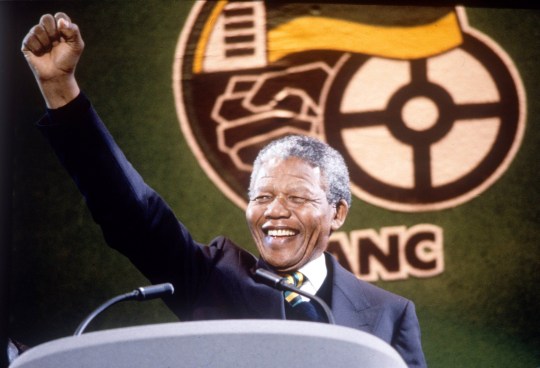 After police killed 69 people during a protest in 1960, South Africa declared a State of Emergency and banned the ANC party.

Mandela then organised a national strike in 1961 and in 1962 secretly left South Africa to gain support for his cause around the world in places – including England – and receive military training in Morocco and Ethiopia.

On his return to South Africa he was arrested for leaving without a permit and inciting workers to strike. He later faced additional charges of sabotage, for which he faced the death penalty. During the trial he gave a poignant speech saying he was ready to die for his cause.

Mandela and seven others were sentenced to life imprisonment and sent to Robben Island. One of the men Denis Goldberg was sent to Pretoria Prison instead because he was white. 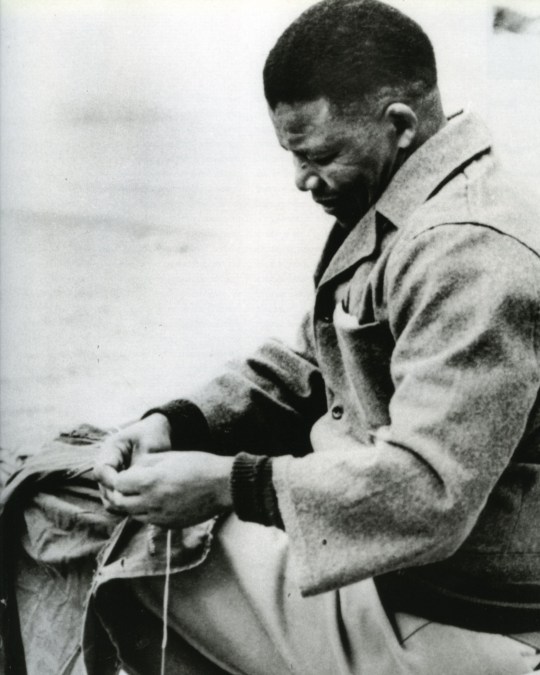 Nelson Mandela during his time in prison on Robben Island (Picture: Getty)

Mandela’s prison number was 466664 at Robben Island. During Mandela’s time in prison both his mother and eldest son Thembi died and he was not allowed to attend their funerals.

He also completed his law degree from prison in 1989, receiving the certificate in absentia.

Mandela was eventually released from prison after 14 years after being diagnosed with tuberculosis in 1988.

He spent three months in hospital and transferred to a house near Paarl to spend the remaining 14 months of his sentence.

On Sunday February 11, 1990 he was formally released – nine days after the ANC party was released from its ban too. 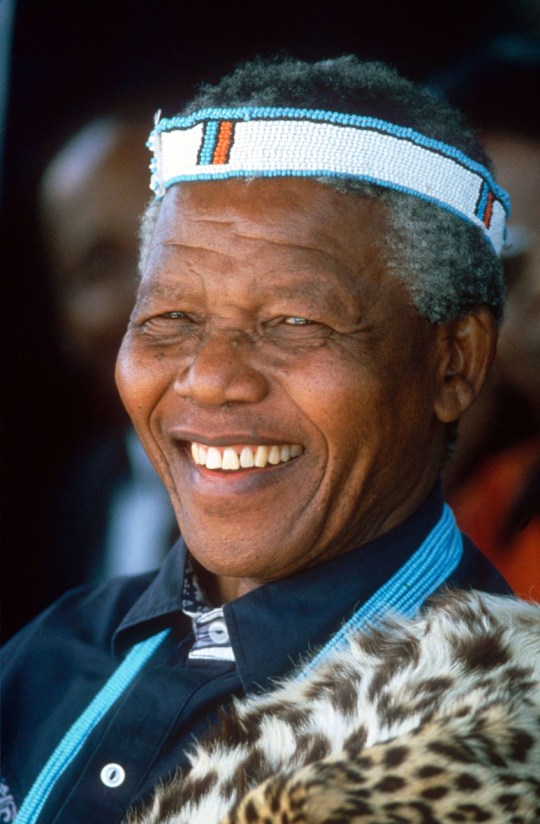 In 1991 Mandela engaged in talks to end white minority rule and became the president of the ANC. Mandela and President FW de Klerk won the Nobel Peace Prise in 1993 and in 1994 he was inaugurated as South Africa’s first democratic president.

He promised to step down after one term as president and did so in 1999. He set up a number of foundations after stepping down.

Mandela continued his work for democracy until he died on 5 December 2013 in Johannesburg.

How many times did Mandela marry? 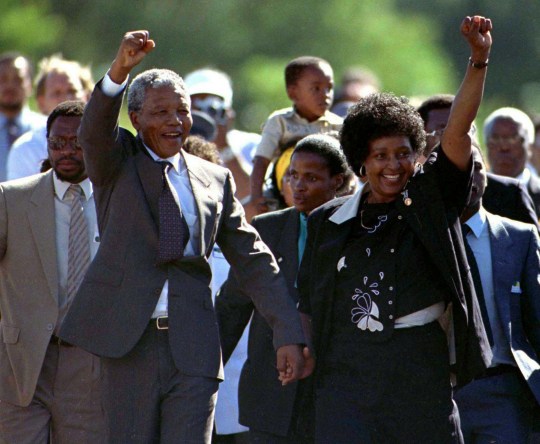 Nelson Mandela, accompanied by his wife Winnie, walks out of the Victor Verster prison near Cape Town after spending 27 years in apartheid jails in February 11, 1990 (Picture: Reuters)

Three. Mandela married his first wife Evelyn Mase and had two sons and two daughters, with one of the girls dying infancy. The couple divorced in 1958.

Mandela married his second wife social worker Winnie Madikizela in 1958, with whom he had two daughters. The couple divorced in 1996.

He married his third and final wife in 1993 – Graca Machel.