THE new wave of Covid cases is almost at the peak of the flood of infections during the winter – but deaths remain slow. 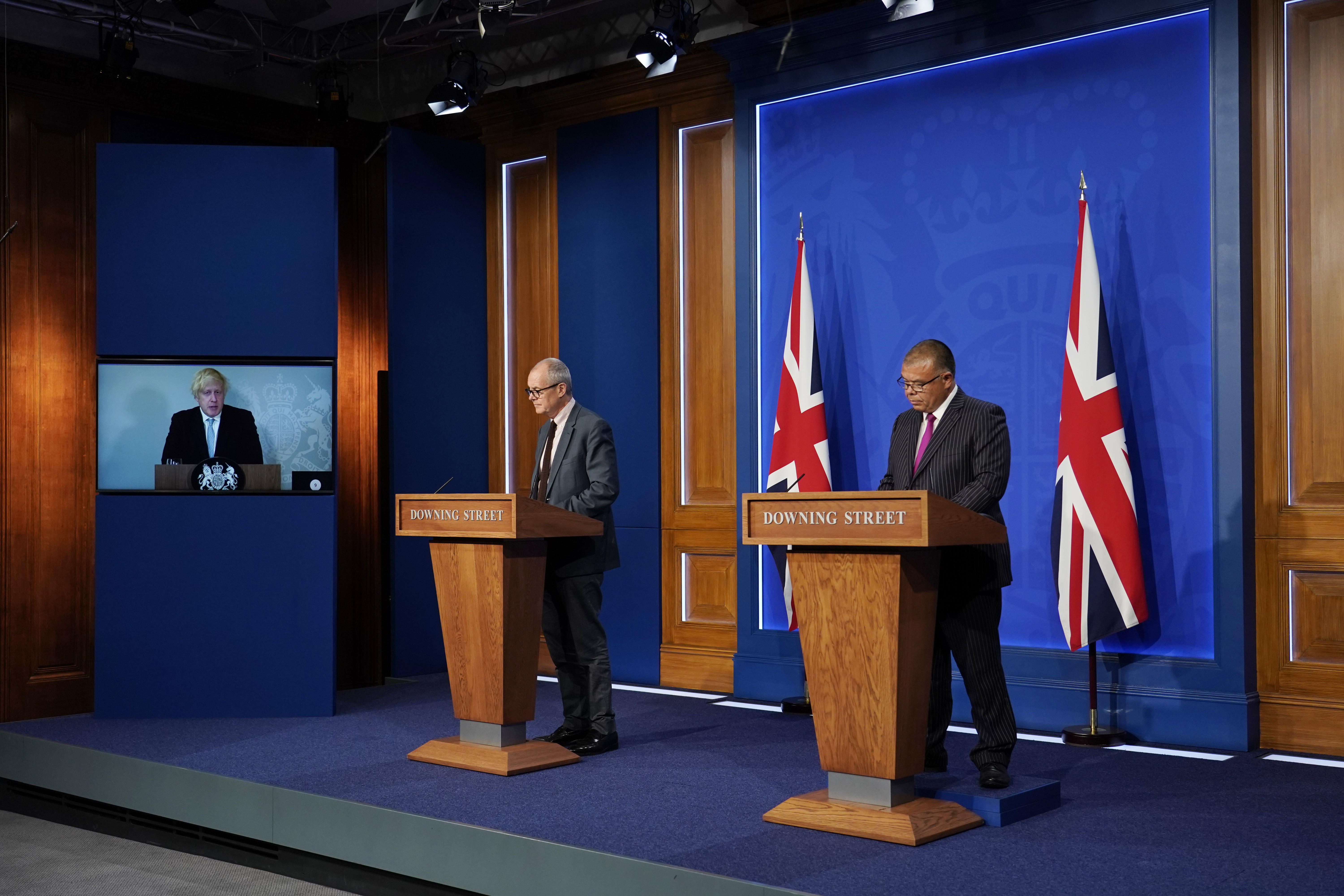 A graph showed the three waves of coronavirus cases, with the first coming at the beginning of 2020, followed by the winter wave and then the current spike in cases.

Chief Scientific Adviser Sir Patrick Vallance said that Covid cases will continue to rise as restrictions have now been rolled back.

He said today: “We are quite close to the winter wave peak and this is going to increase, and it will increase as we go further into step four.

“[There’s a] very close overlap in cases increasing very similar to the autumn wave and the current wave.”

However, he added that the death rate rose quicker during the earlier two waves than it is now.

He said there were “high levels of Covid and they are increasing”.

Sir Patrick added: “In the winter wave, we were up to around 60,000 people testing positive per day.

“We are now somewhere on towards 50,000. So we’re quite close to the size of the winter wave of infections and this is going to increase.”

Discussing hospital admissions, Sir Patrick said it was “a somewhat different picture” as the numbers are expected to increase, although not to the same extent as before.

“We do expect there to be over 1,000 people per day. Being hospitalised with Covid because of the increase in infections, but the rates should be lower than they have been previously because of the protective effects of vaccination,” he said.

Most regions of England now have more Covid-19 patients in hospital than at any point since mid to late March, the latest figures show.

Two regions – south-west England and the combined area of north-east England and Yorkshire – are back to levels last seen more than four months ago.

For England as a whole, there are now 3,813 patients in hospital with Covid-19 – the highest number since March 24.

Deputy Chief Medical Officer Jonathan Van-Tam added: “Nothing reduces the risks to zero other than standing in a meadow completely on your own ad infinitum with nobody coming within three metres of you.”

Mr Johnson said the number of people catching Covid despite being double jabbed had been rising.

Responding to a question over the proportion of daily cases who had had zero, one or two doses, he said: “I think, sadly, the number of Covid cases that have involved somebody who’s had two vaccinations has been rising, although clearly the results… of the vaccines remain very good in the sense that they protect those people very largely against serious illness and death, even if they contract it.”

Sir Patrick Vallance said around 60 per cent of those admitted to hospital with Covid had been double vaccinated.

He added: “And that’s not surprising, because the vaccines are not 100 per cent effective.

“They’re very, very effective, but not 100 per cent, and as a higher proportion of the population is double vaccinated, it’s inevitable that those 10 per cent of that very large number remain at risk, and therefore will be amongst the people who both catch the infection and end up in hospital.”

Meanwhile, the PM announced today that workers in food factories, transport and critical national security jobs will be able to skip self isolation to stop the pingdemic plunging Britain into blackouts and food shortages.

Mr Johnson announced that thousands of critical staff who are double jabbed will be freed from the draconian rules to stop the country grinding to a halt.

But in a blow to millions others, Downing Street said there are “no plans” to let the rest of the country escape house arrest if they are pinged.

Mr Johnson told a press conference, which he took part in virtually from Chequers as he is isolating, that he would add more workers to the list that can escape strict quarantine rules.

Essential workers in the energy industry, telecoms, food supply and parts of law enforcement will be allowed to head out to work if they have a Covid contact.

He said tonight: “We will protect crucial services – including the staffing of our hospitals and our supplies of food, water, electricity, medicines, the running of our trains, the protection of our borders, the defence of our world, by making sure that a small number, a very small number of named fully vaccinated, critical workers are able to leave their isolation.”

But he added: “But for the vast majority of us, myself included, we do need to stick with the system for now.”

It comes as an expert warned that Britain is heading into the biggest wave of Covid infections it has ever seen.

Cases are rising across the UK but ministers and scientists alike have said there is “no perfect time” to lift restrictions as they are rolled back today.

While millions of Brits are now double jabbed there is still the risk of infection and experts have said people should remain cautious after Freedom Day.

Professor Andrew Hayward, from University College London and a member of the Scientific Advisory Group for Emergencies (Sage), which advises ministers said: “We are heading into the biggest wave of Covid infections that we have ever seen.

“Even though the vaccine will substantially reduce the number of deaths and hospitalisations, it’s still likely that we will see somewhere in the low tens of thousands of deaths even if we are cautious.

“And that could move into the mid and high tens of thousands of deaths if we just went back to normal activity”, he told Sky News.

Covid deaths in the UK peaked during the winter wave

Millions of Brits have now had their Covid jab 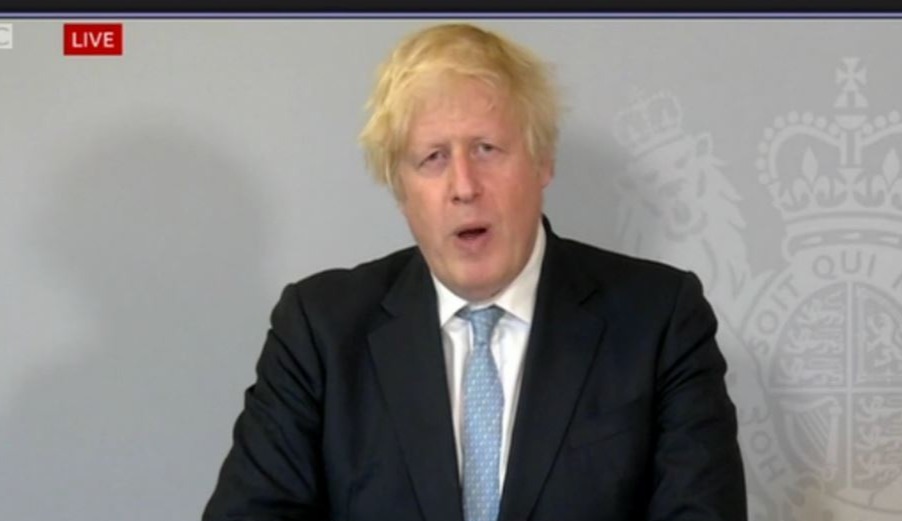 PM Boris Johnson took part in the press conference virtually from Chequers as he is isolatingCredit: BBC 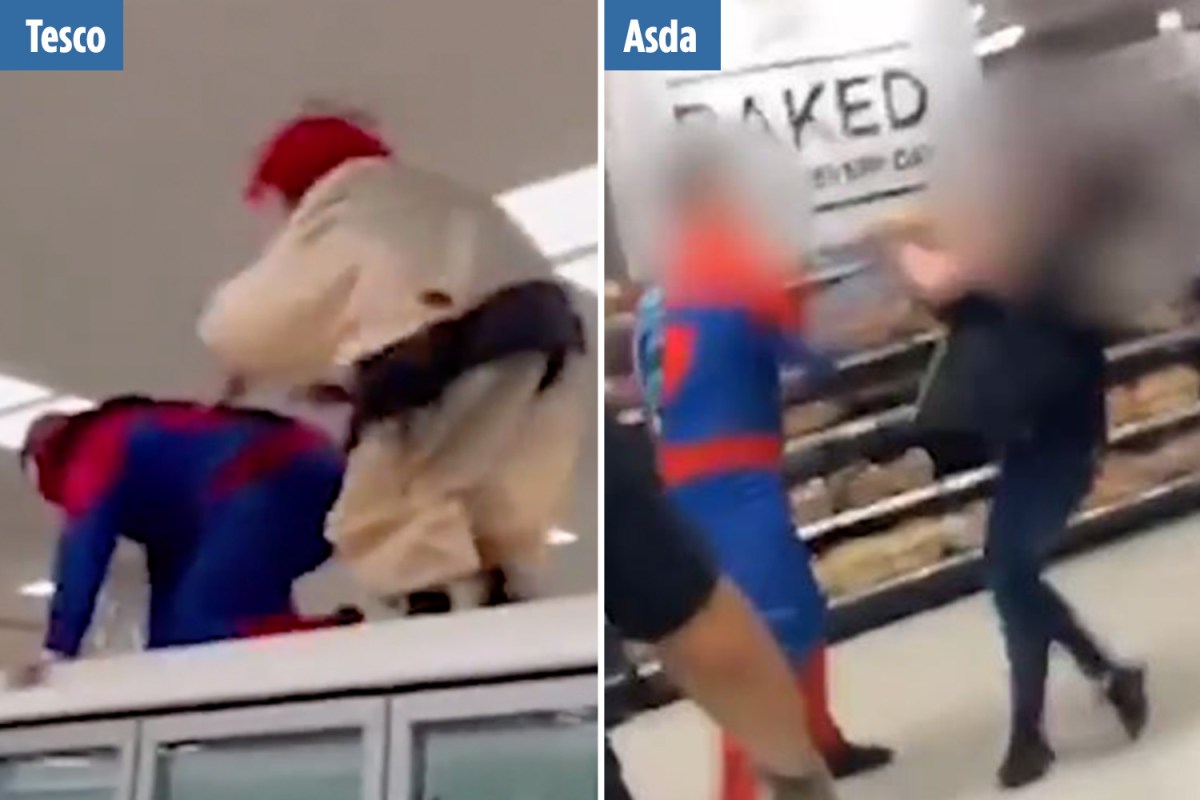 A YOB in a Spider-Man costume caused mayhem in a Tesco just two weeks before a violent brawl in Asda,...