The ornament was dropped off at a police station with a nore saying it had been stolen during a break-in (Pictures: Northamptonshire Police/Wessex News)

A porcelain ornament stolen from a family 35 years ago has finally been returned, thanks to social media and a celebrity vicar.

The figurine, which depicts three girls, was wrapped up in a parcel and dropped off at a police station in Kettering with a note saying it had been taken from a family with the surname Collcutt during a burglary in Finedon in 1986.

Coles, who was the keyboard player in 1980s band The Communards before becoming a parish priest and BBC presenter, then revealed he knew the family and shared the post. 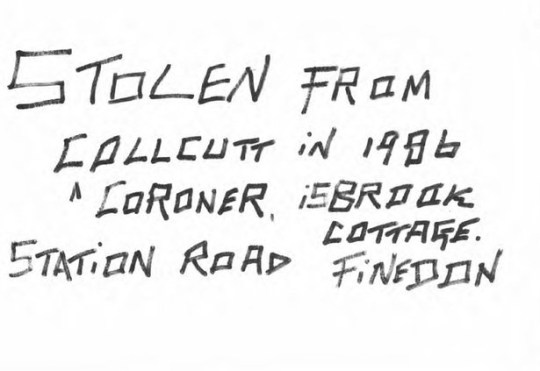 The note said it had been taken from a family with the surname Collcutt during a burglary in Finedon in 1986 (Picture: Northamptonshire Police/Wessex News) 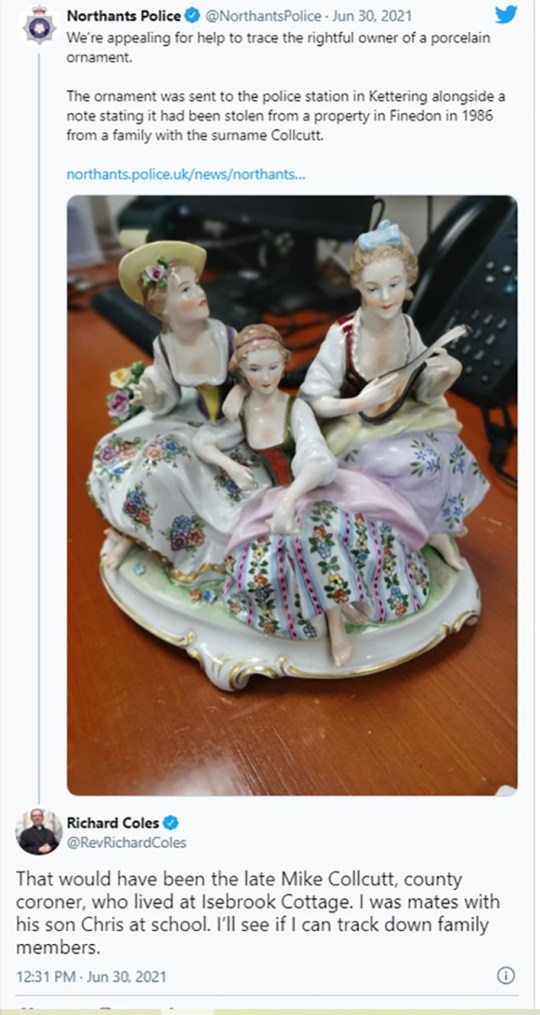 His tweet reached the daughter of the original owners, Catherine Merry, who contacted police to claim the ornament on her parents’ behalf, as they had both died in the 35 years it was missing.

She said: ‘The response has been truly overwhelming and also heart-warming – my parents would be astonished.

‘I think they would be particularly pleased that the Rev Coles was part of piecing the mystery together – they must be laughing up there, it just goes to show that social media can really work for the good.

‘Someone in the village heard about the appeal first and asked if it could be me, at the same time as Rev Coles had tweeted about going to school with my brother, which my son also saw. 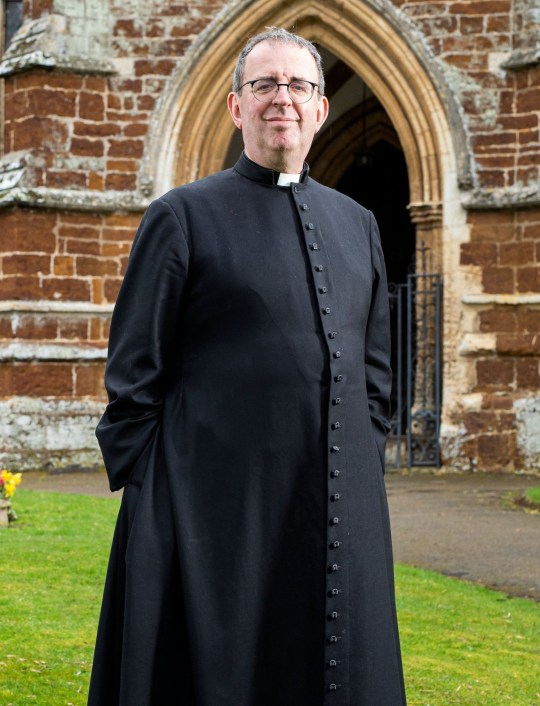 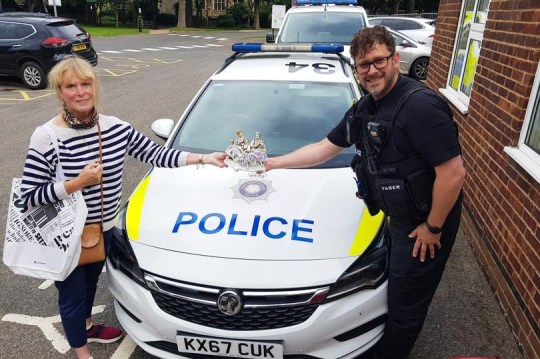 ‘Seeing the ornament again was extraordinary, it was like going back in time to being a little girl again. Our family owes a massive thank you to Tamlin, he made the whole thing a great experience and we really appreciate it.’

PC Rees, of Kettering Neighbourhood Policing Team, said: ‘As an officer I was firstly surprised by the manner in which we received the ornament, and like any officer would be, was keen to try and unravel the mysteries surrounding this case.

‘It was very rewarding to be able to hand over the ornament after it having been missing for so long, and to see how happy Catherine was, especially in recounting her memories around the time when the ornament was in her family home before it was stolen.’