Over 100 migrants made dangerous Channel journey yesterday including two babies

MORE than 100 migrants made the dangerous journey across the Channel yesterday including two young babies who were carried ashore by the UK authorities.

One Border Force boat brought in 45 people in lifejackets to Dover marina in Kent after they had been intercepted in the busy shipping lane.

Migrants being landed at Dover after being picked up in the Channel by Border Force boatsCredit: Chris Eades

A mum was seen holding the hand of her young child followed by a man carrying a tiny baby wrapped in a light blue blanket.

Another group of arrivals included a father with four children, one of which was too small to walk.

Many of them carried their possessions in clear plastic bags as they were escorted up the gangway for processing by Immigration Enforcement.

Most of those making the treacherous trip appeared to be men of Middle Eastern origin with many wearing hoodies, jackets and jeans or jogging bottoms.

In total around 125 migrants made the crossing on a day where temperatures reached 22C and the sea was largely calm making it near perfect conditions for criminals to take advantage of those wanting to enter the UK.

There were no beach landings yesterday as Border Force boats cracked down on intercepting dinghies halfway across the Channel.

The busy week of crossings means a staggering 8,446 have now made the treacherous crossing in 2021, according to official figures, which is the most in a single year

It comes after a record-breaking 430 made the crossing in 14 boats on Monday meaning the total for this year has already surpassed the 8,410 who arrived in 2020.

Dan O’Mahoney, Clandestine Channel Threat Commander said: “There is an unacceptable rise in dangerous small boat crossings across the channel because of a surge in illegal migration across Europe.” 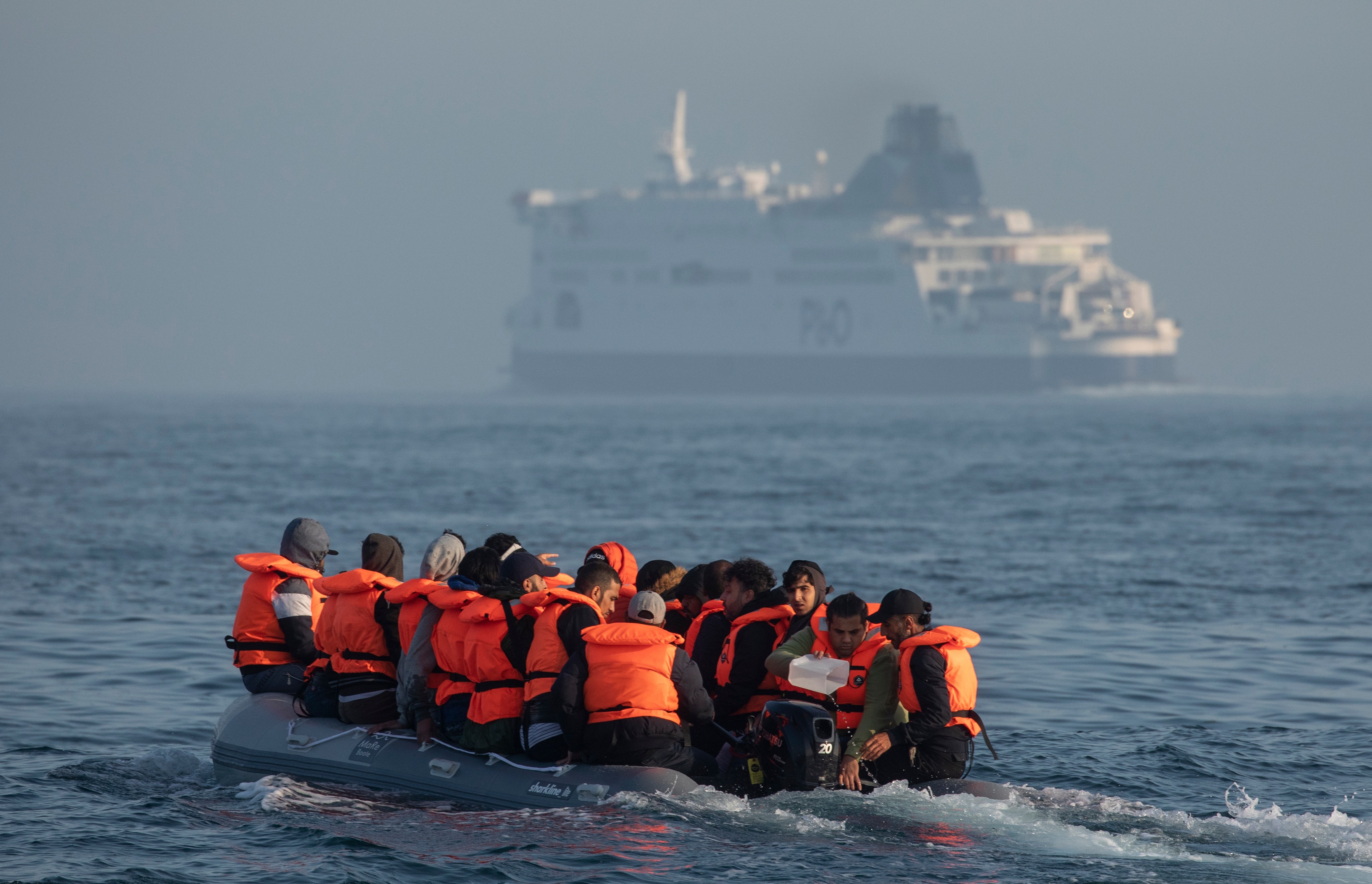 Queen ‘declined to have restrictions relaxed for Philip funeral’ before parties