A FURIOUS parish councillor told a rival to “wipe the smirk off your f***ing face” in ANOTHER astonishing Zoom meeting rant. 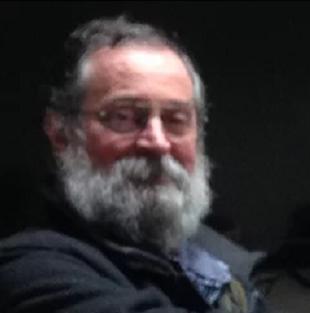 It comes after clerk Jackie Weaver was hailed a “hero” when she kicked the chairman off the video call after he sneered “you have no authority here”.

In the Warrington clip, 12 staff members can be seen on the Zoom call, with Mr Simms in the middle wearing a green top and glasses.

He can be heard saying: “Wipe that f***ing smirk of your face you piece of s**t.”

The callers nervously laugh in response and a woman says: “Oh my God”.

Another staff member then says: “Who are you actually speaking to there?” before Councillor David Keane jumps in to diffuse the situation.

He tells the team: “Can we please bring this back together? There’s been lots of personal attacks this evening that are way out of the realms of the council.”

He is believed to have thought he was on mute before launcing into the rant.

Warrington Worldwide reports that while Mr Simm did issue an apology, he also referenced “constant personal attacks from within our own council” and “false” comments about his mother, who had recently passed away.

He also said that he believed he had been on mute at the time of the outburst.

Mr Simm said at the time: “I deeply regret my language on the Zoom meeting on Wednesday night and within minutes I apologised profusely to my colleagues. My language was unacceptable.”

The publication said that tensions had been running high in the Parish Council, which is narrowly controlled by six Labour councillors but also has five independent members.

The controversial clip was posted to Facebook by councillor Craig Lenihen, with a local spokesperson commenting: “It is perhaps very telling that Cllr Lenihan has chosen to publish this widely to social media pages in the community to further the humiliation.”

Days after the outburst Mr Simm announced in a lengthy letter that he would be stepping down as chair, saying that it had been an “honour” to work in the role.

But just over a month later he was kicked off another Zoom call after shouting: “‘f*** off” during a section of the Parish Council meeting that was open to the public, however he insisted that the outburst had been down to his cat scratching his foot.

However, Councillor Geoff Fellows – who was live-streaming the meeting to Facebook – wrote: “Whether or not it was Cllr Simms’ cat or not, my interpretation was he said it as I spoke and I feel really shocked and upset about that.”

In the footage, Chairman Brian Tolver lashed out at clerk Jackie Weaver – who has quickly shot to social media fame – saying “you have no authority” before she chucked him out of the meeting.

Vice-chairman Aled Brewerton then branded the meeting “illegal” before Clerk Jackie asked the group to elect a new chairman.

Enraged Aled then yelled: “No they can’t because the vice-chairman is here, I take charge.

“Read the standing orders. Read and understand them.”

The tumultuous meeting has since been viewed more than two million times – which at one point heard an unseen councillor mumbling “f*** off” under their breath.

A parish council is a local authority that makes decisions on behalf of the people in the parish.

It is the level government closest to the community, with the county and city authority above it in the hierarchy.

The meeting took place in December but the footage only picked up pace online last night. 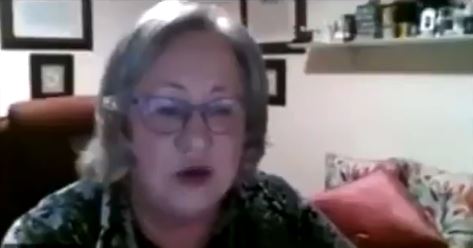