Passengers trapped in waist-high flood waters on subway in China

Subway passengers were trapped in flood water up to their shoulders when flash flooding caused mayhem in central China today.

Passengers in the city of Zhengzhou had to be rescued when the rail system was inundated with water after an unusually heavy rainstorm.

There has been no official confirmation of deaths so far but unverified footage on social media appeared to show dead bodies on trains and in stations.

Terrifying mobile phone images show an underground train breached by water and helpless people standing up to their necks in brown water.

Entire neighbourhoods were left underwater and cars swept away as storms and flooding battered the region.

A historic Shaolin Temple just north of the city, a tourist spot known for its Buddisht monks and their martial arts skills, was also left submerged.

More than 10,000 residents of Henan province were moved to shelters, the official Xinhua News Agency reported.

Some people were spending the night in their workplaces or checked into hotels. 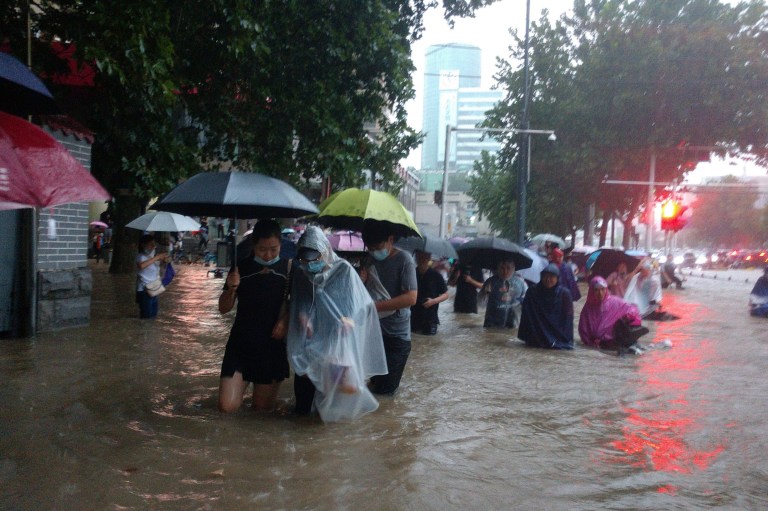 A freak storm in Henan province in effecting tens of millions of people, including in the capital city of Zhengzhou (Picture: AP) 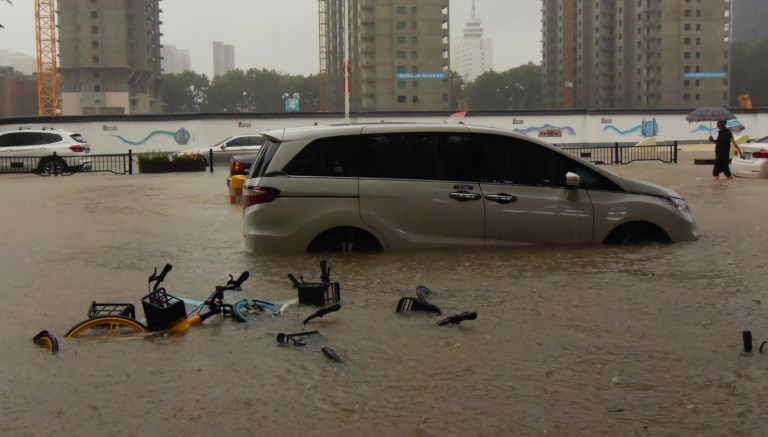 Roads were turned into rivers in a matter of minutes when the heavens opened above the central province (Picture: Shutterstock) 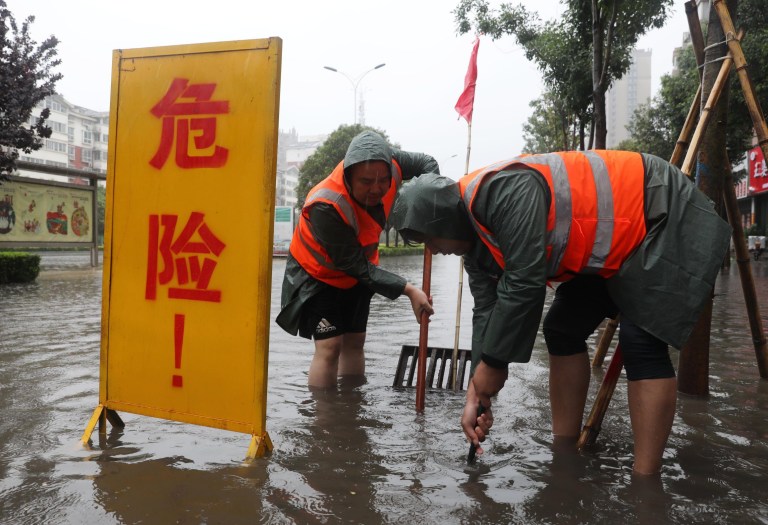 Workers battled to drain the water after the region’s infrastructure was overwhelmed by the downpour (Picture: Shutterstock)

Wang Guirong, a 56-year-old restaurant manager, said she planned to sleep on the couch in her restaurant after being told there was no power in her neighborhood.

She told a reporter: ‘I have lived in Zhengzhou all my life and have never seen such a heavy rainstorm as today.’

There have been power outages across the city due to damage to substations, the state grid has confirmed.

Flooding is a risk in China and the country has experience several deadly disasters throughout its history.

Last year, more than 200 people were killed in the country’s worst floods in more than 20 years when heavy rain in the south displaced more than 700,000 people.

It’s the seventh typhoon this year and is generating winds of up to 118.8km near its eye, according to the Xinhua news agency.