The Duke of York has always denied having sex with Ms Giuffre (Picture: Reuters/PA)

Prince Andrew has refused to comment after Virginia Giuffre filed a lawsuit alleging he sexually abused her when she was 17 years old.

Ms Giuffre claims she was ordered by sex offender Jeffrey Epstein into sex with the Duke of York, 61, three times.

The royal has previously denied the claims, consistently saying he had no sexual contact or relationship with her.

The alleged victim said it was ‘past the time for him to be held to account’ as she filed her suit for sexual abuse under the Child Victims Act yesterday.

Her lawsuit states: ‘In this country no person, whether president or prince, is above the law, and no person, no matter how powerless or vulnerable, can be deprived of the law’s protection.

‘Twenty years ago Prince Andrew’s wealth, power, position, and connections enabled him to abuse a frightened, vulnerable child with no one there to protect her.’

It is alleged in the documents that Ms Giuffre, then known as Virginia Roberts, was sexually abused by the Queen’s second son at Ghislaine Maxwell’s home in London.

The Australian-American was also targeted at Epstein’s New York mansion and his private island in the US Virgin Islands, it is claimed. 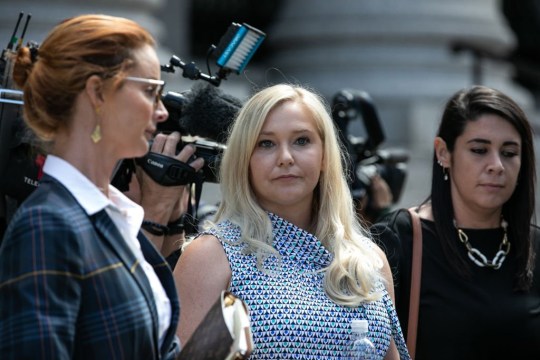 Virginia Giuffre has claimed it is ‘past the time for Prince Andrew to be held to account’ (Picture: Bloomberg via Getty Images) 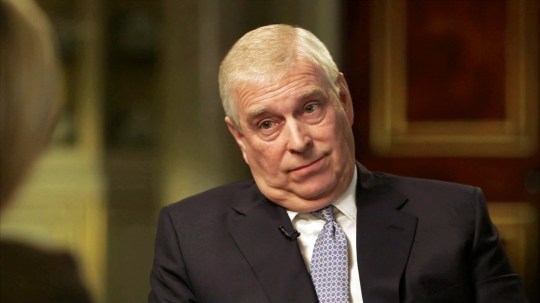 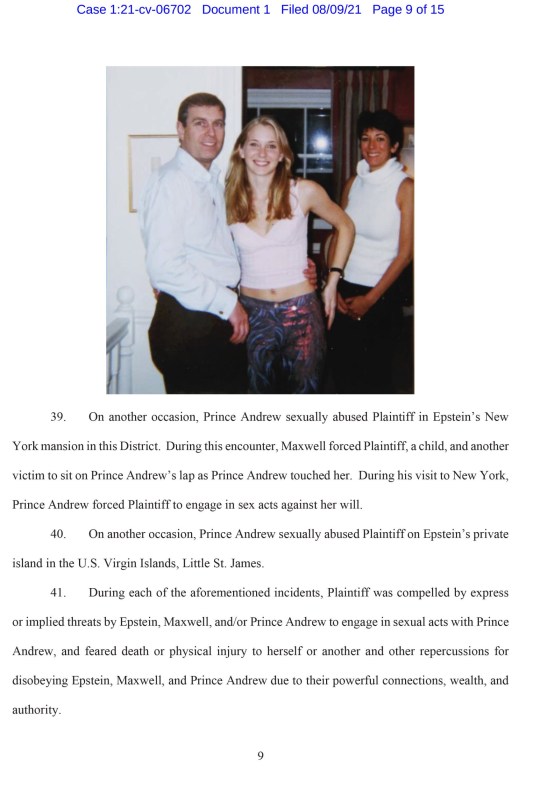 The legal action alleges Ms Giuffre was abused in London, New York and on Epstein’s private island in the US Virgin Islands (Picture: PA)

Andrew is the only defendant in the 15-page suit, although both Epstein and his former girlfriend Ghislaine Maxwell are mentioned frequently.

Ms Giuffre claimed she ‘feared death or physical injury to herself or another and other repercussions for disobeying Epstein, Maxwell, and Prince Andrew due to their powerful connections, wealth and authority’.

The duke is accused of engaging in the sexual acts without Ms Giuffre’s consent – while ‘aware of her age and knowing that she was a sex-trafficking victim’.

His alleged actions ‘continue to cause her significant emotional and psychological distress and harm’.

Maxwell faces trial for sex trafficking charges in Manhattan federal court in November. She has pleaded not guilty.

Epstein took his own life in a federal jail in August 2019, a month after he was arrested on sex trafficking charges.

Andrew’s most notable comments on the matter came during a Newsnight interview with the BBC’s Emily Maitlis in November 2019.

He said: ‘I can absolutely categorically tell you it never happened. I have no recollection of ever meeting this lady, none whatsoever.’ 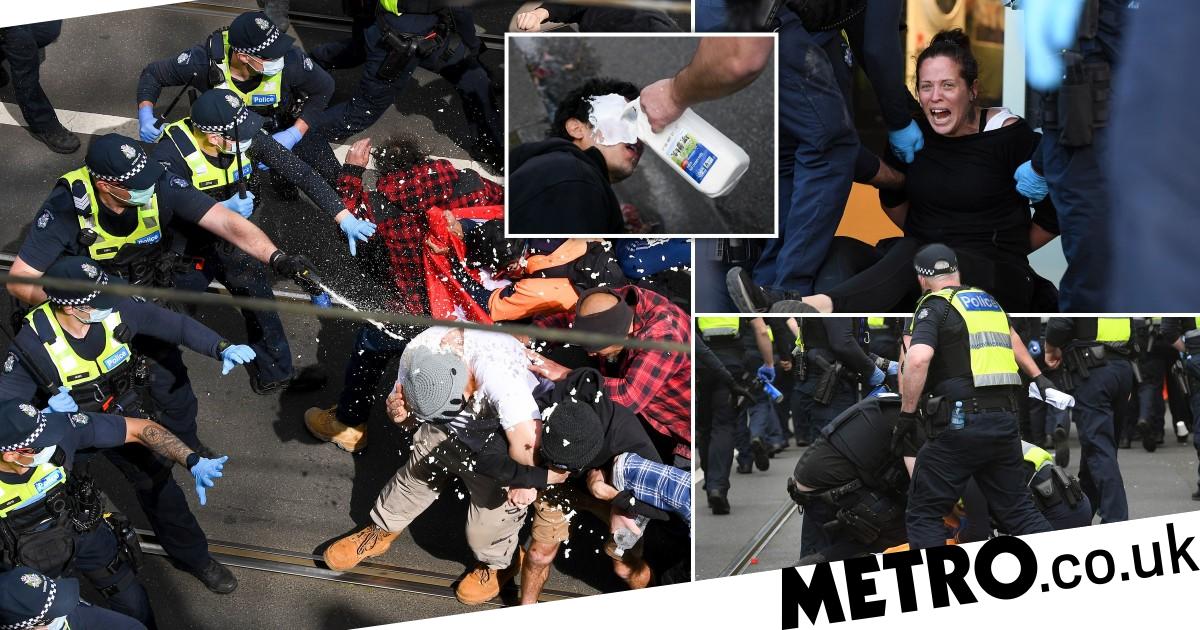