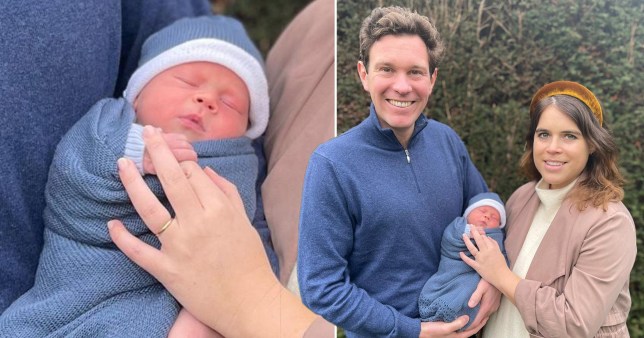 The couple said their hearts ‘are full of love for this little human’ as Buckingham Palace released pictures of the new royal baby this morning.

Their son’s name is a touching tribute to Prince Philip, as the duke remains in King Edward VII’s hospital this weekend.

The newest addition was born at the exclusive Portland Hospital in central London at 8.55am on February 9.

Posting on Instagram, the couple said: ‘We wanted to introduce you to August Philip Hawke Brooksbank.

‘Thank you for so many wonderful messages. Our hearts are full of love for this little human, words can’t express. We are excited to be able to share these photos with you.’

The pair added that the new photos were taken by their ‘wonderful’ midwife, saying: ‘Thank you to the wonderful essential workers including our midwife who came to discharge our boy.’

August Philip is the Queen and the Duke of Edinburgh’s ninth great-grandchild and currently 11th in line to the throne. 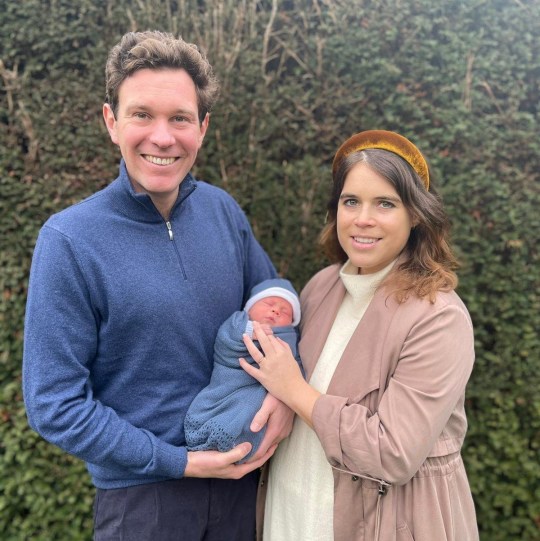 The new arrival is the Queen and the Duke of Edinburgh’s ninth great-grandchild (Picture: Princess Eugenie/PA) 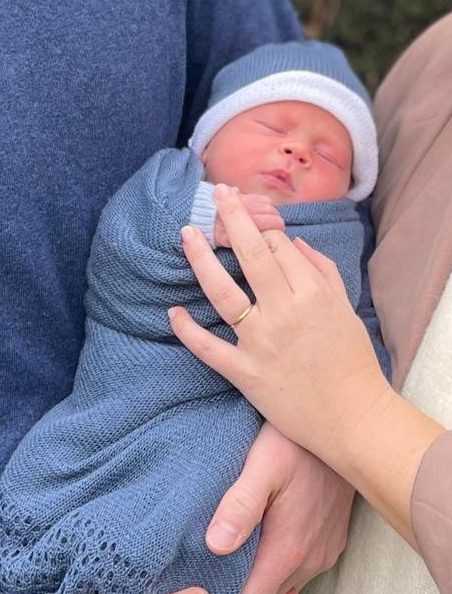 The couple said their hearts ‘are full of love for this little human’ (Picture: Princess Eugenie/PA) 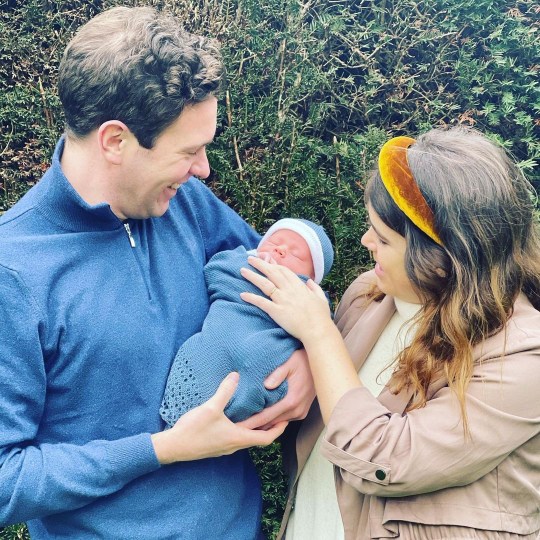 The pair looked thrilled as they cradled their son (Picture: Princess Eugenie)

He will move down to 12th in line when Prince Harry and Meghan Markle’s second child is born.

Eugenie’s baby will go by Master Brooksbank, even though his mother is a princess.

On the day of his birth, the couple gave the world a first glimpse, posting a black and white image on Instagram of their hands cradling his tiny fingers and wrist.

A few days later Eugenie waved from the back seat of a 4×4 with her son beside her in a carry cot as Jack drove them home from the hospital.

The Queen and Philip were said to be delighted at the baby news, as were Eugenie’s parents the Duke of York and Sarah, Duchess of York, and Jack’s parents Mr and Mrs George Brooksbank.