The Princess of Wales cuddled a new-born baby as she visited the maternity unit (Picture: Reuters)

The Princess of Wales cradled babies and met with new and expecting mums as she returned to royal duties.

Kate met mums and care teams at Royal Surrey County Hospital’s maternity unit in Guildford to hear about the support it offers to parents.

She also met with a family who received specialist help from the unit to bond with their baby.

The princess also met with a mother who was supported by the hospital’s Jasmine Team – which works with women affected by mental health illnesses during pregnancy and after giving birth. 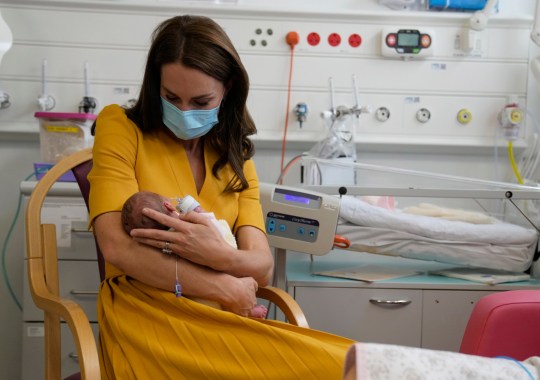 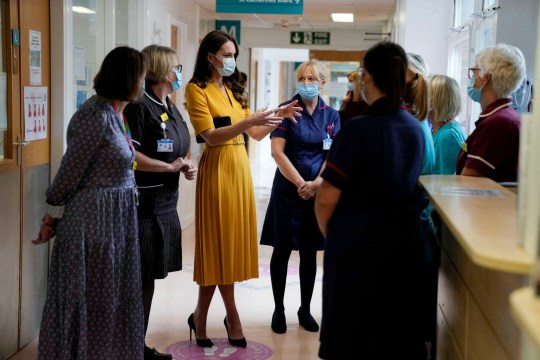 She spoke with nurses and members of the maternity ward on her solo visit (Picture: AP) 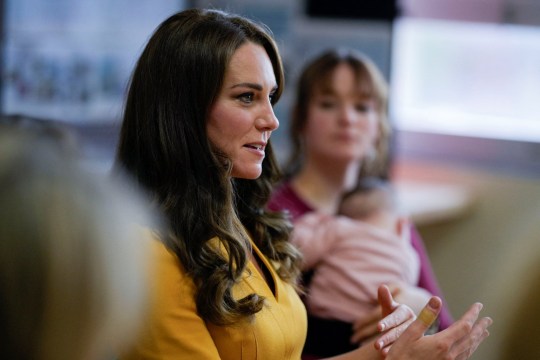 The Princess spoke to new mums on her visit (Picture: Reuters) 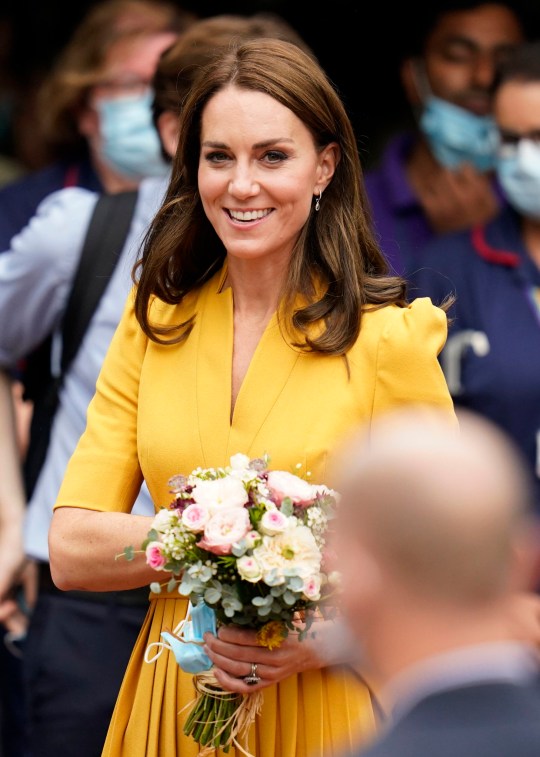 She received gifts and flowers on her tour of the maternity unit (Picture: PA) 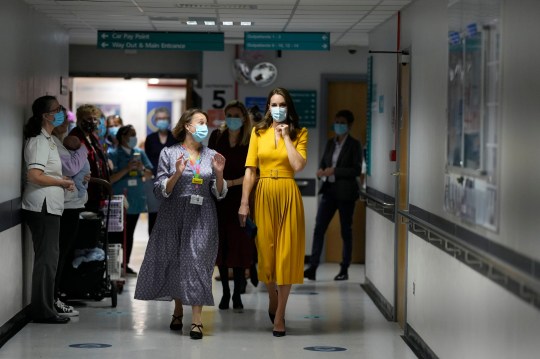 The Princess has been focussed on early childhood work since joining the Royal family (Picture: PA) 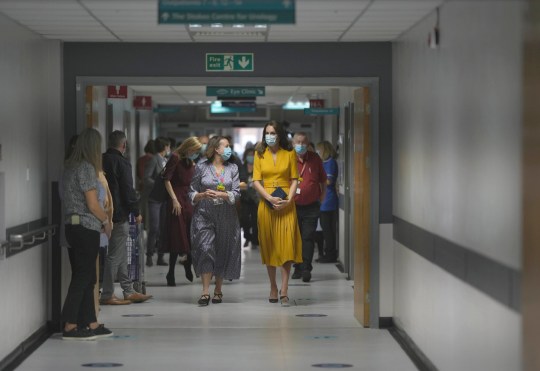 It was her first solo visit since she took on her new title as the Princess of Wales (Picture: PA) 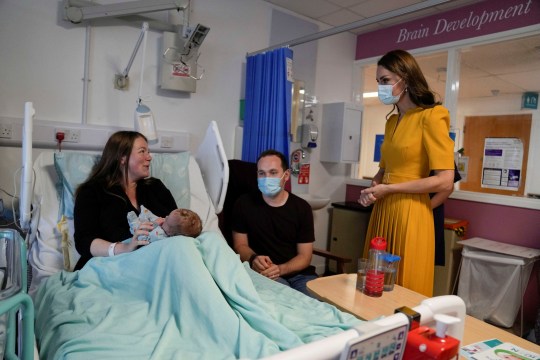 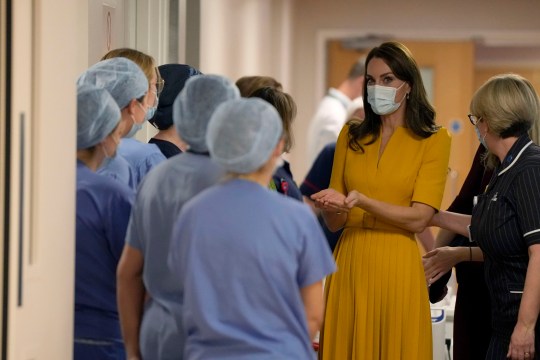 According to Hello!, the mum asked Kate if she would like to hold the baby.

The Princess of Wales asked, ‘Am I allowed to?’ before cradling Bianca in her arms.

Princess Kate’s work has been focused on early childhood development over the last few years, much of which has been inspired by her own experiences as a mum of three.

Kate recalled her own personal experiences of childbirth two years after giving birth to her youngest son, Louis, who is four-years-old.

She revealed that she turned to ‘hypnobirthing’ for all three of her deliveries.

While battling hyperemesis gravidarum, a severe form of morning sickness she had during each pregnancy, Kate says she took it upon herself to learn about the birthing method. 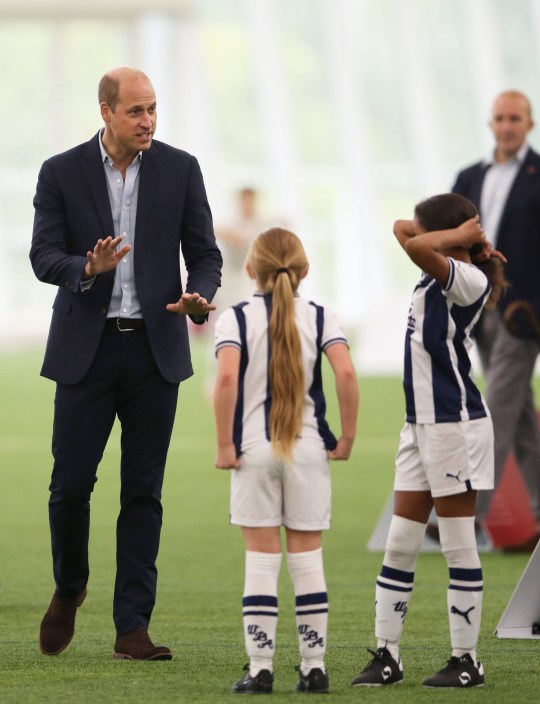 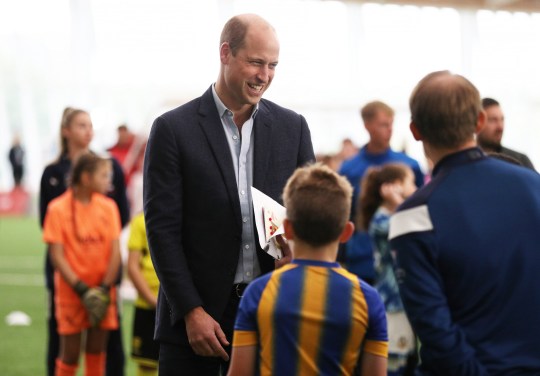 He spoke with youngsters at the home of football (Picture: Getty) 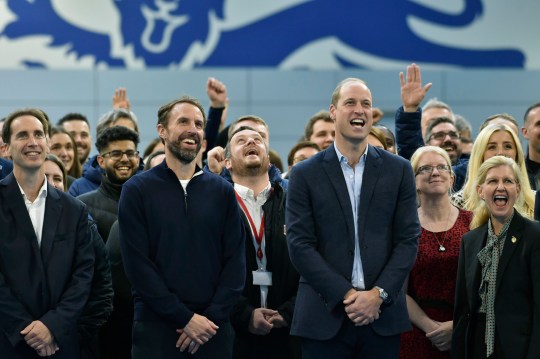 England manager Gareth Southgate spoke with the Prince on his visit (Picture: AP)

Earlier this year, sheteamed up with Princess Anne for the duo’s first joint royal outing.

The Prince of Wales, who is president of the Football Association, visited the home of England’s national football teams and met young footballers on Wednesday.

His visit was to mark the 10th anniversary of St George’s Park, Staffordshire, being opened.