The bus driver couldn’t believe he was fined as the girls took some pictures (Pictures: BNPS)

Prom was nearly spoiled for a group of schoolgirls as their private bus was handed a £50 parking fine.

The open-top bus made a detour in Highcliffe, Dorset, so the girls could get a scenic backdrop for photos in their dresses.

But the experience was ruined by a ‘mean-spirited’ warden who took exception to where it was parked.

Just as they were about to leave, the attendant approached driver Tim Sanders and demanded they went immediately as the bus was not parked in a bay.

Mr Sanders said: ‘We were just about to set off when this parking warden turned up and said, “You are not parked within the bay.”

‘I said we were getting ready for a prom and were just about to go and they said “go now”. I thought he was joking at first.

‘It didn’t really matter. There were hundreds of empty spaces and I wasn’t obstructing anyone.’ 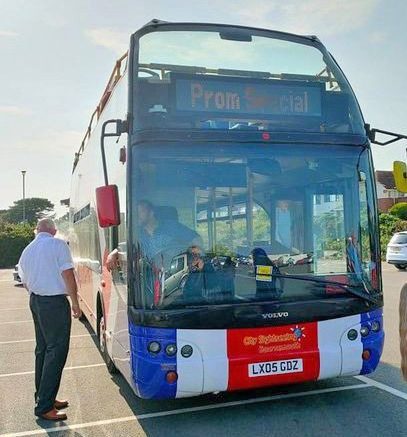 The attendant told the driver to move immediately because he hadn’t parked in a bay (Picture: BNPS)

The girls stopped in Highcliffe for a photo with the blue sea as a backdrop (Picture: BNPS)

He added: ‘It’s been a terrible year and this was a celebration.

‘Can you be really that mean-spirited to put a parking ticket on a prom bus? It went against the grain of the whole moment.

‘These kids were all done up in their finery – a positive message at the end of their senior school years and some jobsworth puts a parking ticket on their prom bus.

‘We will definitely appeal it. I would rather pay the £50 to charity than give it to the council for this stupid reason.’ 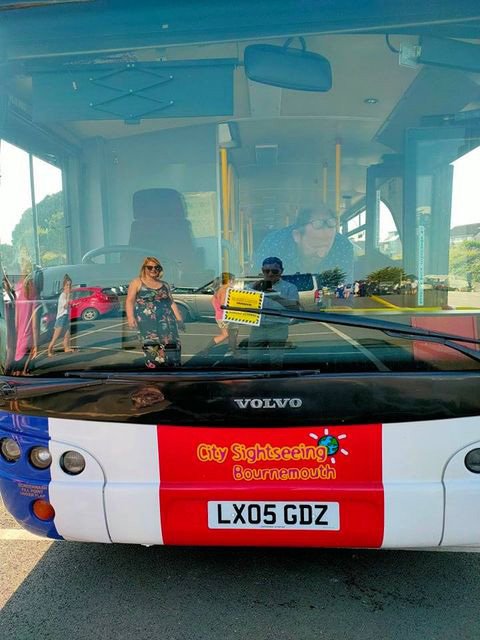 The City Sightseeing tour bus was given a fine for the way it was parked (Picture: BNPS)

One of the parents, Simon Welch, who was with the group, accused the attendant of acting ‘overzealously’.

He said: ‘All the parents were frustrated.

‘They need to realise that perhaps they are overzealous. They didn’t understand the situation.’

A spokesperson for Bournemouth, Christchurch and Poole Council said they were investigating the incident and would invite the driver to lodge an appeal.

They apologised for any inconvenience caused.