ANTI-racism protesters took the knee at a demonstration outside No.10 after England players were targeted to vile abuse online.

Around 100 people gathered in Central London in solidarity with Marcus Rashford, Jadon Sancho and Bukayo Saka, who were bombarded by racists on social media after missing penalties during the Euro 2020 final.

Dozens of protesters took the knee outside No10 todayCredit: PA 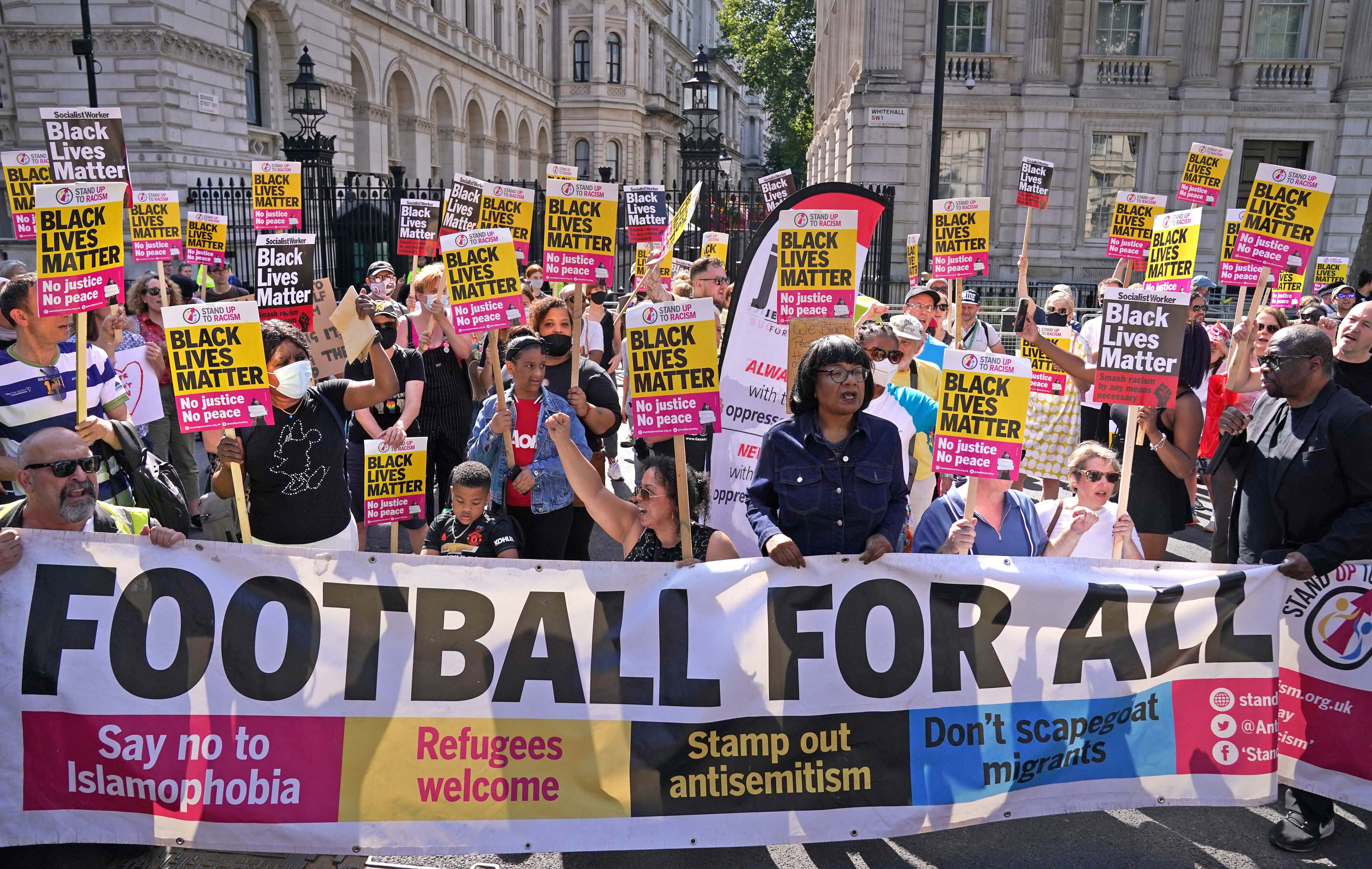 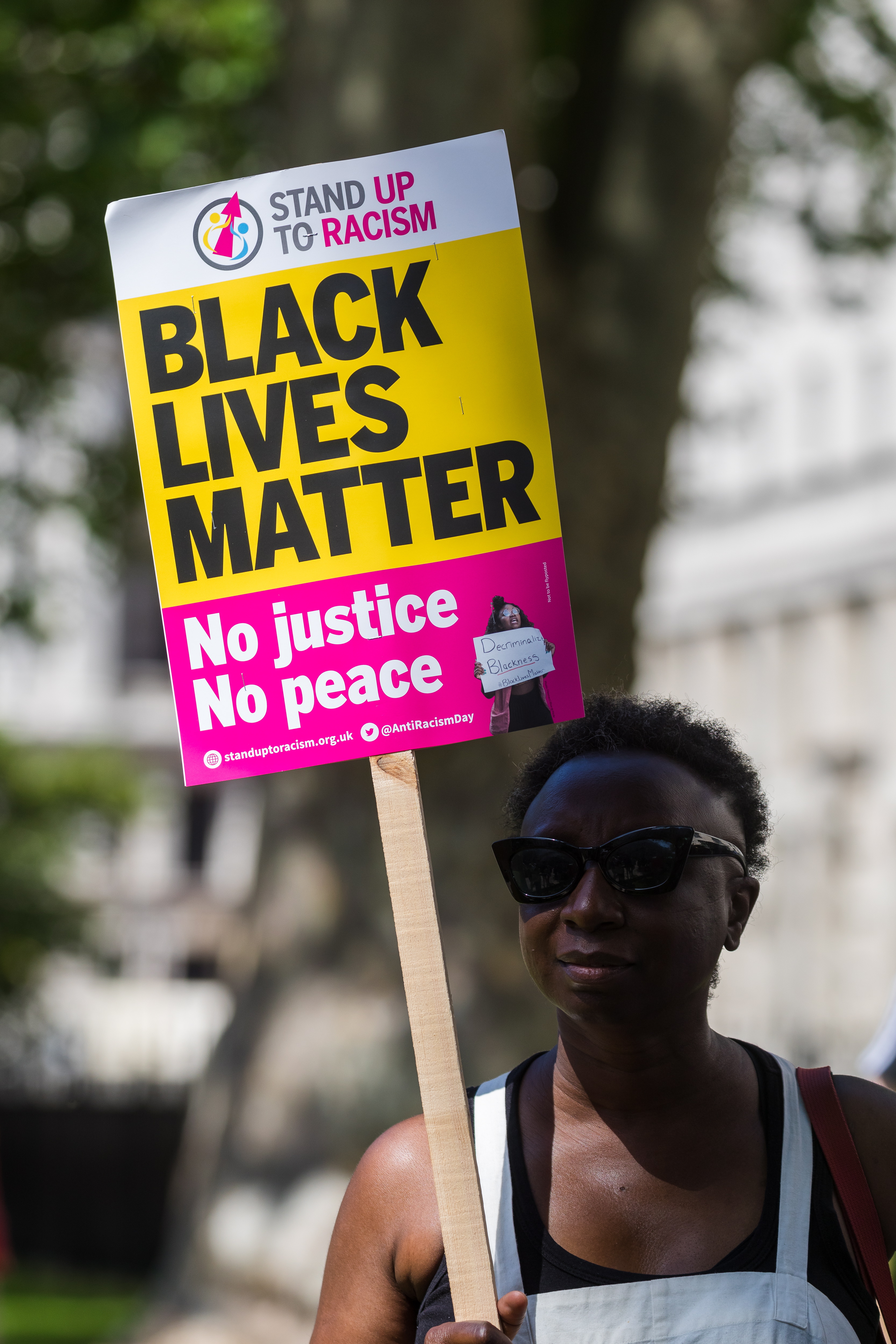 Those gathered then crossed Whitehall and took the knee in front of Downing Street with fists and placards raised.

It comes after a furious Boris Johnson told racist trolls hounding the three young England aces to “crawl back under your rock”.

The PM led howls of outrage as police pledged to bring the racist abusers to justice.

He said: “To those who have been directing racist abuse at some of the players, I say shame on you.

“I hope you will crawl back under the rock from which you emerged.”

Mr Johnson also thanked the Three Lions’ manager Gareth Southgate “for the best campaign by any England team in any tournament that I can remember.”

Prince William, who attended the final at Wembley with his wife Kate and Prince George, added his voice to the chorus of disgust.

He tweeted: “I am sickened by the racist abuse aimed at England players.

“It is totally unacceptable that players have to endure this abhorrent behaviour. It must stop now and all those involved should be held accountable.”

We want real-life consequences for the people who are tweeting this abuse.

According to a report ministers will order tech giants to hand over details of racist trolls who abused black Three Lions players on Sunday night to “make an example” of them.

Ministers want tech giants such as Twitter or Instagram to hand over details more readily in a bid to crackdown on the issue, The Times reports.

A government source told the newspaper: “We want real-life consequences for the people who are tweeting this abuse.

“We need to find out who these people are and make examples of them.”

Twitter said over 1,000 tweets have been deleted that violated its policy and a number of accounts have also been suspended.

A mural in honour of Rashford in Withington, Manchester, was defaced within hours of England’s loss to Italy, in what cops are treating as a racist incident.

In an emotional Instagram post last night, Rashford said he could take criticism of his performance on the field “all day long”, but added: “I will never apologise for who I am.”

And The UK Football Policing Unit (UKFPU) has launched an investigation into the racist abuse targeted at players online and said it is working to trace and identify the perpetrators.

Separately, the Metropolitan Police said they had also launched an investigation into the “utterly abhorrent and totally unacceptable” reports of online abuse. 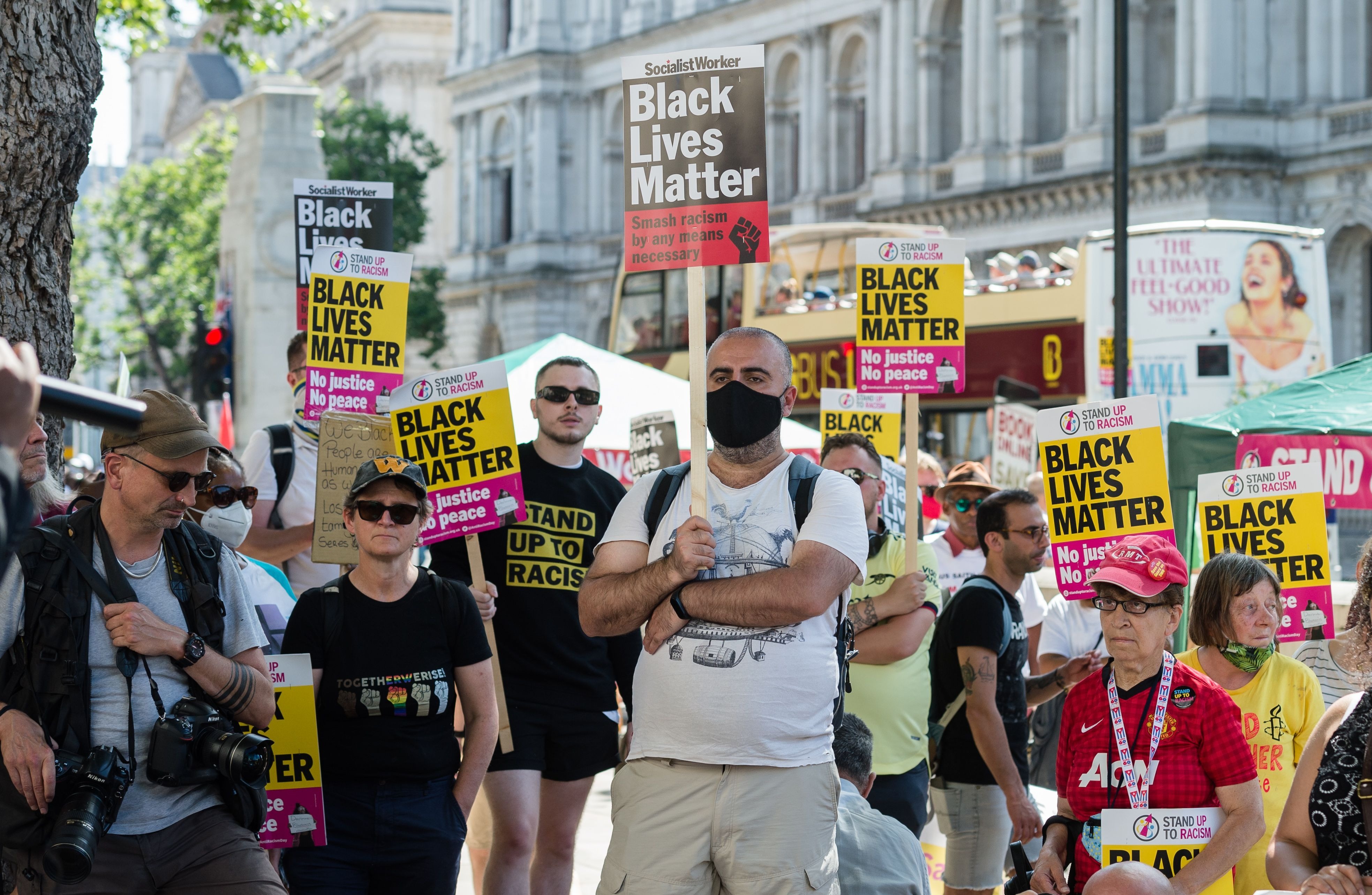 The protest is part of a national day of action across Britain organised by ‘Stand Up To Racism’Credit: Rex 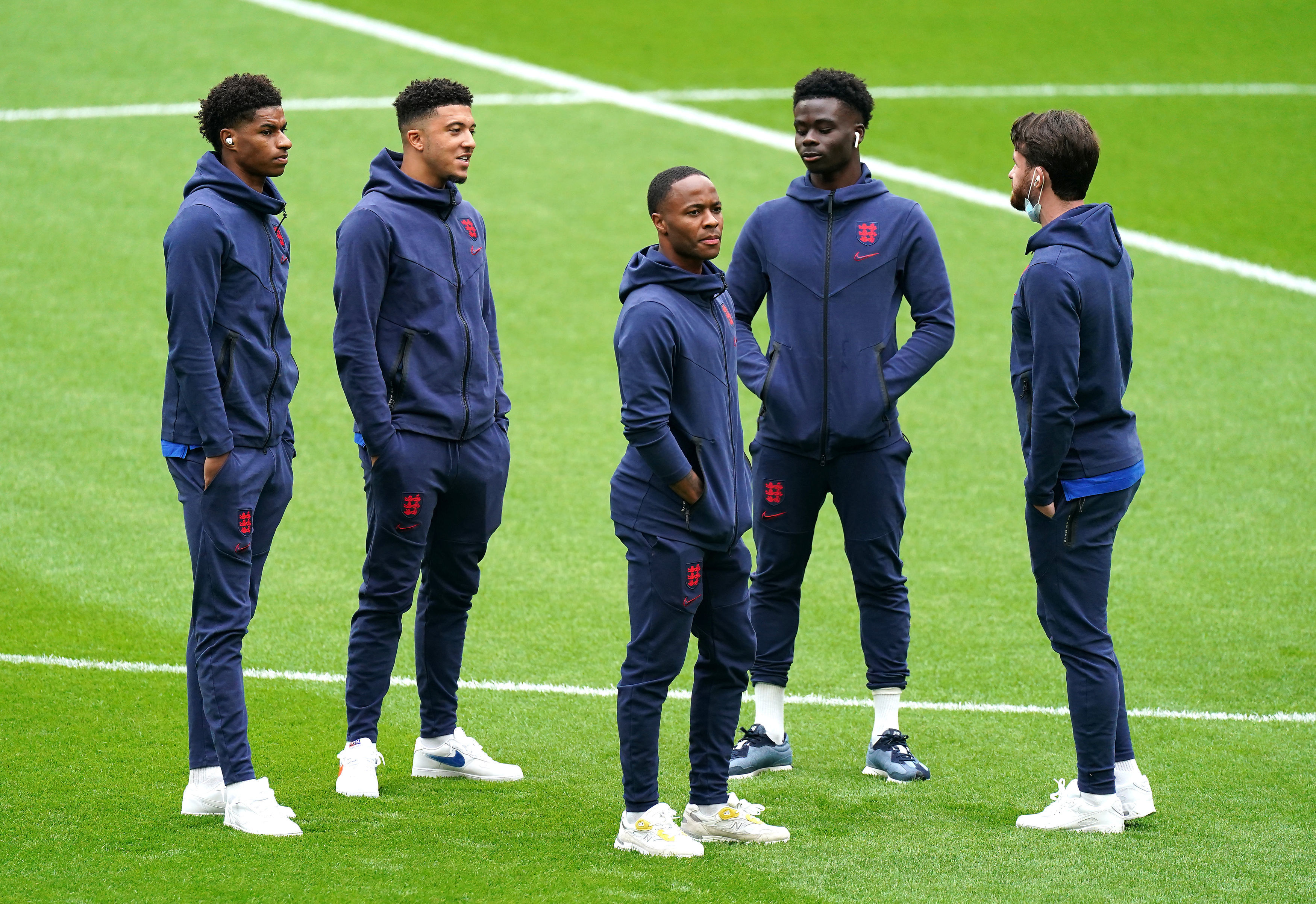