Pub on verge of losing Patrick the Guinness-loving Shetland pony 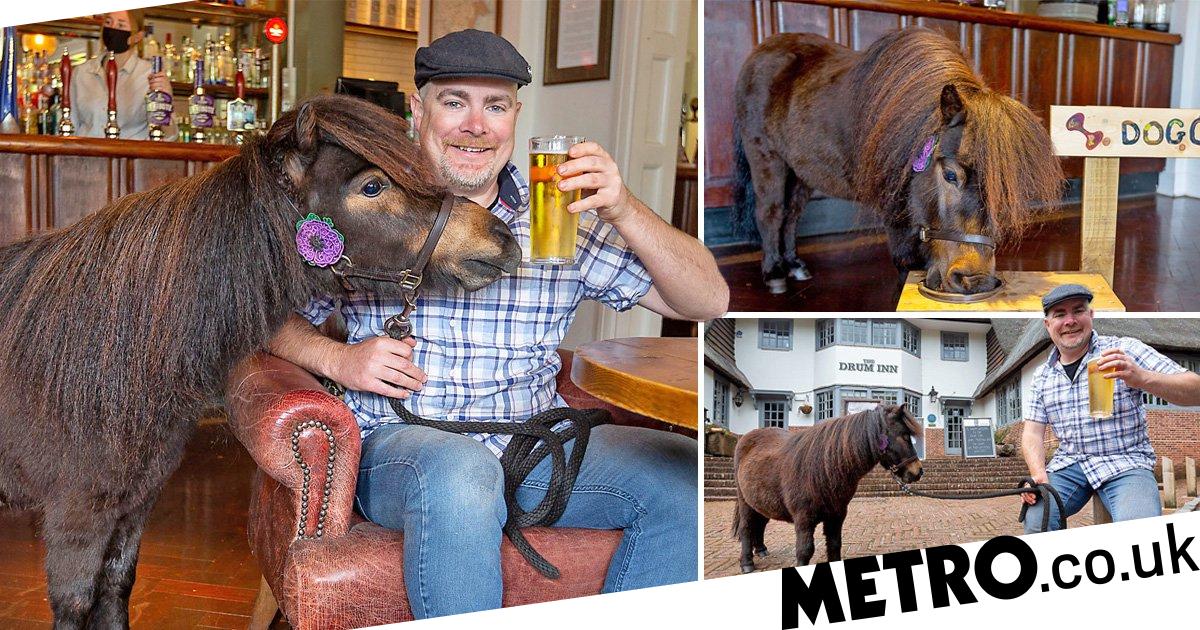 Patrick the miniature Shetland pony is never too far away from a cold pint (Picture: Apex)

A miniature Shetland pony who loves nothing more than downing a pint of Guinness may be taken away from his beloved pub.

Patrick delights locals and tourists as he walks from his stables to warm himself by the log fire at The Drum Inn in Cockington, Devon.

It all began as a way for Patrick to get used to people and being indoors as he trained to be a therapy pony.

But his little journey soon became a big attraction, with families travelling to Cockington to watch him make his daily jaunt.

His big brother and sister, Annie and Cowboy, are also big stars in the picturesque village, where horse drawn carriages have been a mainstay for generations.

But the horsey love affair could soon be over following a long-running battle over grazing.

Owners Hannah and Kirk Petrakis, who run K&H Cockington Carriages, have invited the public to come and say an emotional goodbye on Sunday. 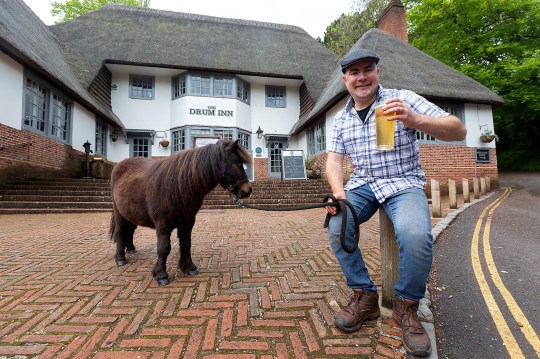 Kirk said: ‘Sadly the only fields offered to the horses for the winter are under a DEFRA Stewardship scheme which means if they become muddy there are chances of hefty fines.

‘An equine vet who has done reports for the RSPCA has stated the fields are unsafe and dangerous.

‘So for the welfare of the horses they are being moved to private land, which is more suitable. Sadly this means the community won’t be able to see them.’

One devastated tourist responded: ‘So sad those horses have been a feature of Cockington for years.

‘As a tourist I know how much of a feature they are and to the village itself.’

Another said: ‘How ridiculous that a solution couldn’t be found. Horses have been in this valley since forever really.’ 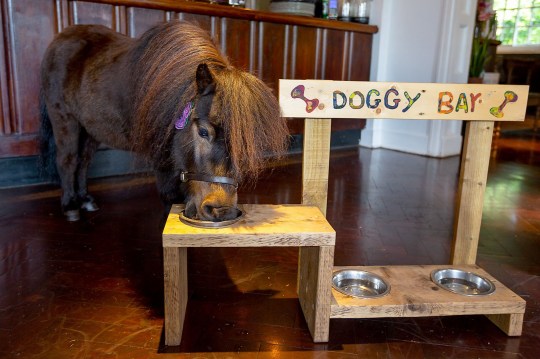 While Annie and Cowboy are moving to pastures new next week, the future of the business, stables and Patrick remains undecided.

Kirk said: ‘We are not saying it’s the end yet.’

Hannah added: ‘Patrick is still going for his walks up to the pub with Kirk, bless him, but we don’t know yet when he will be leaving.’

Landlords Torbay Council said they were deeply saddened despite all of their efforts the horses were being removed.

They said they offered a peppercorn rent and business support and will continue to work to keep the tradition of horses in Cockington.