A woman ‘gave birth to the wrong child’ after she was implanted with the fertile egg of another patient in an IVF blunder.

Olga Alyokhina, 33, from Chelyabinsk in Russia, is desperately trying to find out if her own baby was born to another woman.

She suspects that the biological parents of her son Denis, now two, may be raising her child.

She revealed the nightmare embryo swap in an attempt to find a woman she met at an IVF clinic who she believes may have been mistakenly given her fertilised egg.

Olga has been paid £29,500 compensation by the state-run Chelyabinsk Regional Perinatal Centre where she underwent the procedure.

‘The day I went in for the extraction of biomaterial, I met a woman in the same ward,’ she said.

‘We exchanged a few words but I just cannot remember her name. She said 10 eggs were picked up from her, the same as me. 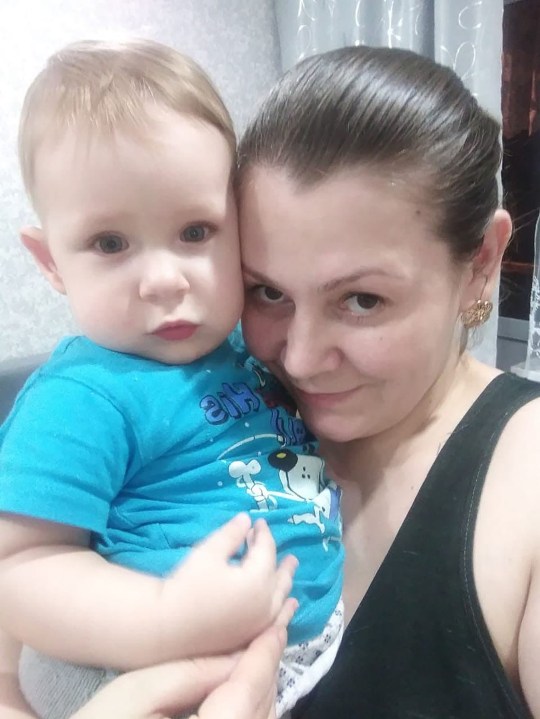 Olga is desperately trying to find out if her own baby was born to another woman (Picture: east2west news)

‘We met again at the “insemination”, sharing the same ward…I have not seen her since.’

Olga gave birth in November 2018 to Denis, who was nine weeks premature.

Before leaving the hospital, the new mum became surprised at her son’s blood group – A.

‘My blood type is B, my husband has O. Our son cannot have such a blood type,’ she said. 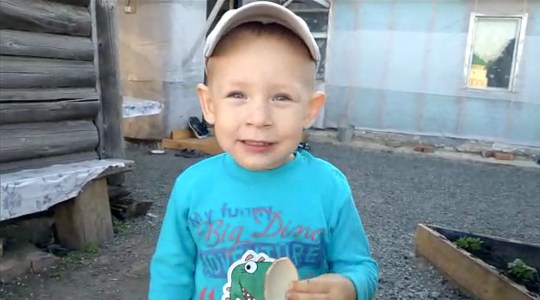 Denis, pictured, has a different blood type to his parents (Picture: east2west news)

‘The doctor assured me it was technically possible. I googled her the scheme which shows that our blood types cannot lead to a child with A .’

She said: ‘My life turned upside down. I was in a deep state of shock and panic. I howled for the whole day but could not tell the reason to anyone.’

The doctors took new blood tests and a DNA test, with the results ready three months after she gave birth.

‘We got a call from the hospital, and went in. We were told neither of us were the biological parents of our son.’ 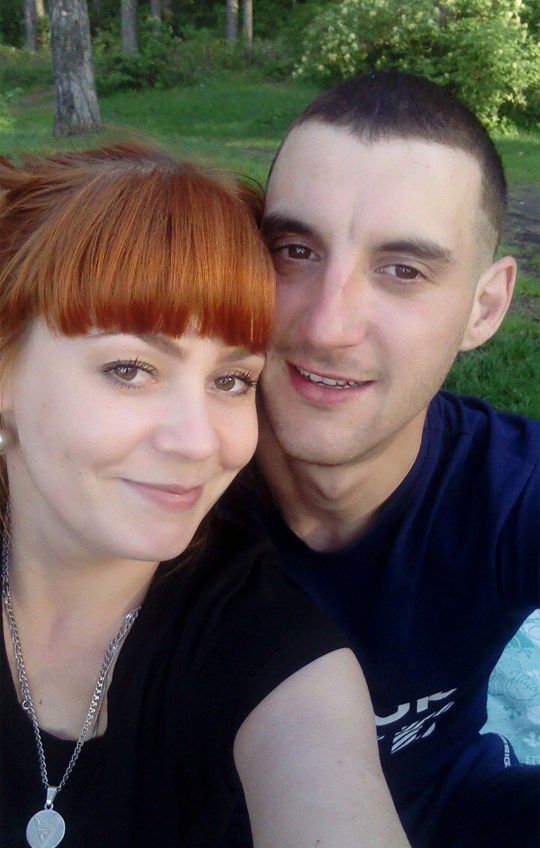 Olga (left) and Ivan (right) took DNA test that showed they were not the biological parents of their baby son Denis (Picture: east2west news)

At this point the hospital suggested she should leave the boy with an orphanage, but Olga pledged to accept him and raise him as her child.

The hospital has refused to divulge the name of the other woman in Olga’s ward, or any other IVF mother who may have been wrongly implanted with her egg.

Olga, a confectionist, said: ‘If we find them – we would love to establish normal contacts.

‘We could potentially relocate to where they live. Or they would re-locate close to us.

‘I think there is no chance we will swap the kids back. I would never give up Denis. I breastfed him. He is our long-awaited child.

His biological parents could have Denis for holidays if they felt like it. I just want to establish a relationship with them.’