Sabina Nessa, 28, was murdered while she walked through a park to meet her friend at a pub (Pictures: PA/Rex Features)

The family of a schoolteacher who was murdered while going to meet a friend has called for more ‘proactive steps’ to make women and girls safer on the day her funeral.

Sabina Nessa’s body was found on September 18, after she was killed while walking through Cator Park in Kidbrooke, south-east London. Former Dominoes delivery driver Koci Selamaj, 36, was later arrested and charged for her murder.

The 28-year-old Year 1 teacher, at Rushey Green Primary School, became one of the many women who came to represent an epidemic of violence against women and girls in the wake of Sarah Everard’s rape and murder in March.

Ms Nessa’s loved ones used her funeral on Friday, at a mosque in Whitechapel, east London, to call for change so these tragedies stop happening.

In a statement, her family said: ‘Today is a sad day for us all. Our loss is immeasurable with the realisation that we will not see our beloved Sabina again.

‘Thoughts of her love, warmth and gentle nature remain with us, and that’s how we will remember Sabina.

‘While we know that our hearts will be left with a vast void, we were uplifted to receive support from all over the country. We will continue to fight for justice for Sabina.

‘Our communities need to be made safer for women, so nothing like this can ever happen again.

‘We need everyone, including the Government, to work together with us on this problem. Actions speak louder than words, and we need to see proactive steps being taken for women’s safety.’ 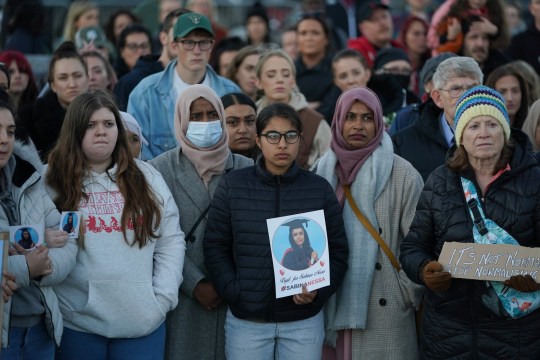 There have been several vigils for Ms Nessa, and against violence against women and girls in general (Picture: PA) 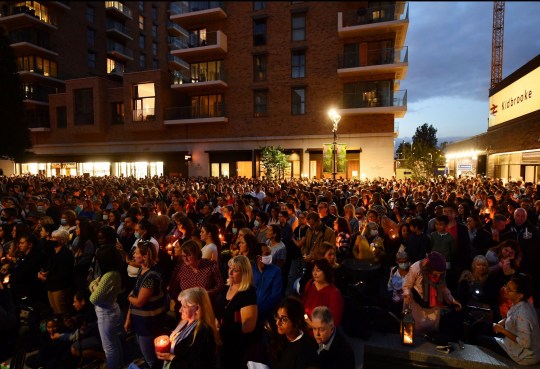 The primary school teacher’s family has called for more ‘proactive steps’ to be taken by the Government (Picture: Rex Features)

They continued: ‘As we say goodbye to a dearest friend, sister and daughter, we want to honour her memory by reminding everyone that we are each other’s keepers; we are the change that we want to see in our community, in our world.

‘We also hope that everyone remembers Sabina as the joyful, happy, dedicated person that loved teaching and contributing to the community that she loved dearly.’

Selamaj will appear in court on December 16 for a plea hearing but has previously indicated he intends to plead not guilty.

Police forces all over the country have come under scrutiny for the way they handle gender-based violence cases. 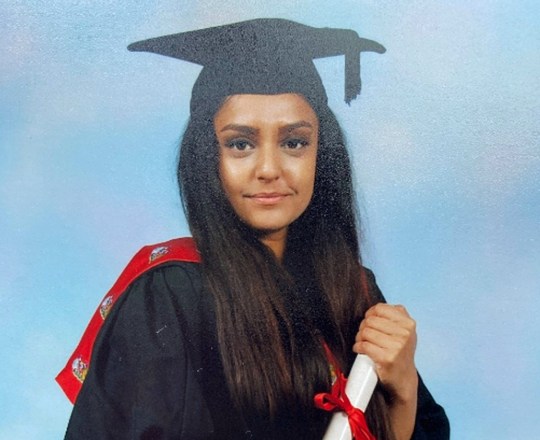 Ms Nessa was described as a ‘dearest friend, sister and daughter’ who had ‘love, warmth and a gentle nature’ (Pictures: PA/Rex Features) 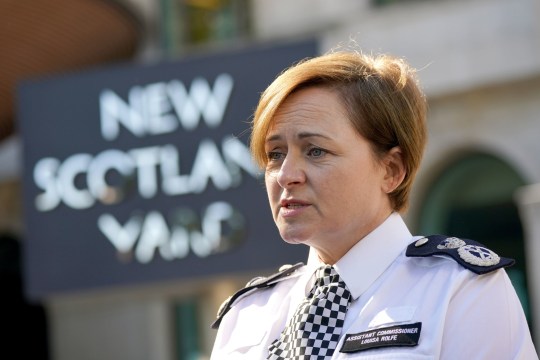 Police forces have come under fire since the national conversation about violence against women and girls (Picture: PA)

On top of inadequate safety measures for victims, the culture amoungst officers has come into question as well – with nearly 1,000 cops investigated for posting offensive social media content since 2015.

This includes five Metropolitan police officers who are facing disciplinary action for messages they sent about Sarah Everard and her rapist and murderer, former Met officer Wayne Couzens.

One constable, who helped search for Ms Everard after she was reported missing, is accused of sending an ‘inappropriate graphic, depicting violence against women’ to colleagues while off-duty.

The Government has also come under pressure to combat the daily threats women and girls face, with Priti Patel set to back a new ‘walk me home’ service which is being pioneered by the Chief Executive of BT, Philip Jansen.

Whilst helping people to track their journeys home may help people to feel safer, many have criticised the general response to public outrage for its focus on women avoiding violence rather than stopping the threat of violence.