School shuts down days before half term as Covid cases rise

A secondary school in Portsmouth sent pupils home for half term two days early following a surge in Covid cases.

Admiral Lord Nelson School closed on Thursday after 161 students and 17 staff were absent, nearly all due to infections or isolation requirements.

It comes as recorded cases hit their highest level since July, with 52,009 new cases on Thursday alongside 115 deaths.

Figures show similar infection levels over the past three months as there were between October and January last year, although the Covid jab has slashed death rate to a fraction of what it was.

Meanwhile ministers widened the vaccine rollout among children between 12 and 15 to include clinic appointments, instead of in-school jabs alone, to ‘make the most of half-term’.

Vaccine uptake has remained low among the age group and the proportion of pupils missing school for Covid reasons, currently at 2.6 per cent, is slowly rising.

Almost 95 per cent of schools are currently experiencing disruption to learning due to Covid-related absences among pupils and teachers, according to a survey of teachers by the Association of School and College Leaders published last week.

Admiral Lord Nelson was forced to close despite ramping up measures to reduce the spread of the virus, including boosting the cleaning schedule and requiring face masks in communal areas. 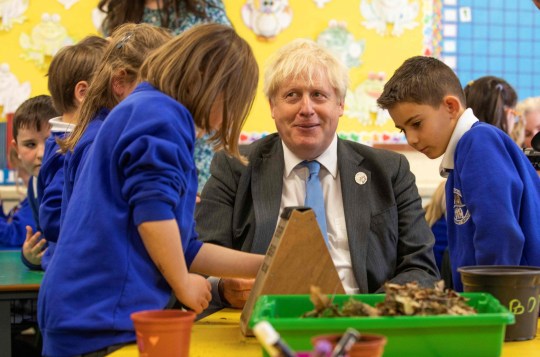 Boris Johnson said the UK can continue on its course of avoiding restrictions (Picture: AFP)

A statement on the school’s website reads: ‘It is with regret that we have had to take the decision to close the school to most students for the next two days and move to online remote education instead over this two-day period.

‘Over the last two weeks we have had rising numbers of both students and staff having to isolate due to testing positive for Covid-19.

‘With half term approaching we had hoped that we would be able to manage through until Friday and that the break over half term would curb the outbreak within the school.

‘However due to the figures stated above that are still rising we do not believe it is safe to keep students in school with our reduced staffing that makes it increasingly difficult to maintain high standards of education and safety within our school.’ 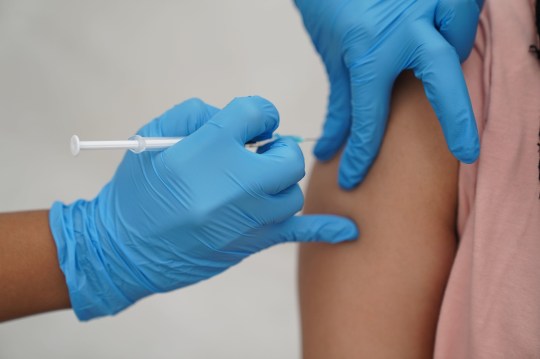 Parents in England can book Covid jabs for children aged 12 to 15 from tonight (Picture: PA)

Boris Johnson has said the government is ‘continuing with its plan’ to avoid the reintroduction of restrictions.

Speaking in Northern Ireland on Thursday, he said the infection and death statistics were ‘within the parameters of what the predictions were… given the steps we’ve taken’.

The country is in an ‘incomparably better position than last year because of vaccines’, he added, insisting that the ‘most important thing people can do is get that booster jab’ and that ‘when you get the call, get the jab’.