Schoolboy, 14, arrested on suspicion of murder after teen found stabbed to death as girl held for ‘helping offender’

A BOY of 14 has been arrested on suspicion of murder after a teen was found stabbed to death.

A girl, 13, has also been held for assisting an offender after the horror unfolded shortly after 8pm on Monday.

A 14-year-old boy was arrested on suspicion of murderCredit: NCJMedia

Cops and paramedics rushed to the Aycliffe Crescent area of the Springwell Estate, Gateshead, Tyne and Wear, after reports of a boy being seriously injured.

The youngster, 14, had suffered an injury consistent with having been caused by a blade.

The teenager was hospitalised but sadly passed away in the early hours of this morning despite the best efforts of medics.

Officers arrested a 14-year-old boy on suspicion of murder who remains in police custody. 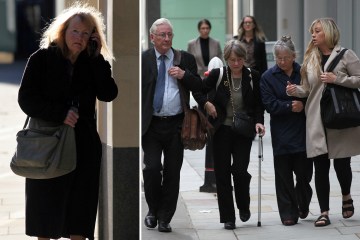 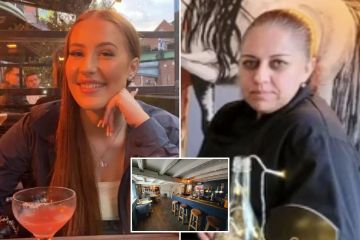 Meanwhile, a 13-year-old girl has also been arrested on suspicion of assisting an offender and is also in custody.

The boy’s family are being supported by specially-trained officers.

Police were still reported to be around the scene following the tragic incident.

Chief Superintendent Helena Barron said: “A teenage boy has sadly died and his family have been left devastated beyond belief.

“Our thoughts are very much with his loved ones at this time and we are supporting them in every way we can.

“We are determined to find out exactly what happened and a full investigation is ongoing into the circumstances surrounding this tragic incident.

“We have arrested two teenagers in relation to the incident and officers remain in the area to carry out a range of enquiries and offer reassurance to the community.

“While incidents of this nature are rare in our region, whenever they do occur we are committed to bringing those responsible to justice.”

She urged the public “not to speculate” on details of the investigation and called for anyone with information to come forward.

Superintendent Barron added: “What might seem like an innocent post on social media to you, could in reality disrupt an on-going investigation and cause further upset to the family of the victim.

“We would ask that if you did see something or have information in relation to what has happened, please come forward directly to officers.”