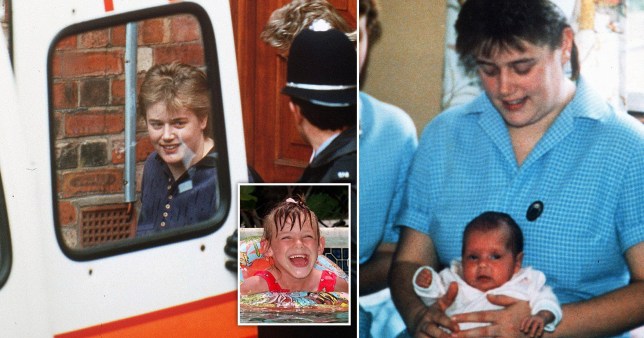 Beverley Allitt, who killed four children and tried to poison nine others, has been vaccinated for Covid (Picture: Rex)

A child-killing nurse has been given the Covid jab ahead of her now-30-year-old victim who she left severely disabled and needing round-the-clock care,

Beverley Allitt was among 360 patients at Rampton Secure Hospital, Nottinghamshire to be offered the vaccine in recent days, it has been reported.

The 52-year-old, who was branded the Angel of Death, killed four children and tried to poison nine others during a 59-day spree at Grantham and Kesteven Hospital, Lincolnshire, in 1991.

Some of those who survived the attacks were left with life-long disabilities, including Katie Phillips. She was just two months old when Allitt, then 22, gave her a near-fatal insulin overdose, which killed her twin sister Becky.

Allitt attempted to kill Katie four times by suffocation and injections of insulin and potassium.

Her mother Sue Laccohee told The Sun: ‘It annoys me that anybody who has done wrong can get the jab before other people that need it most.’ 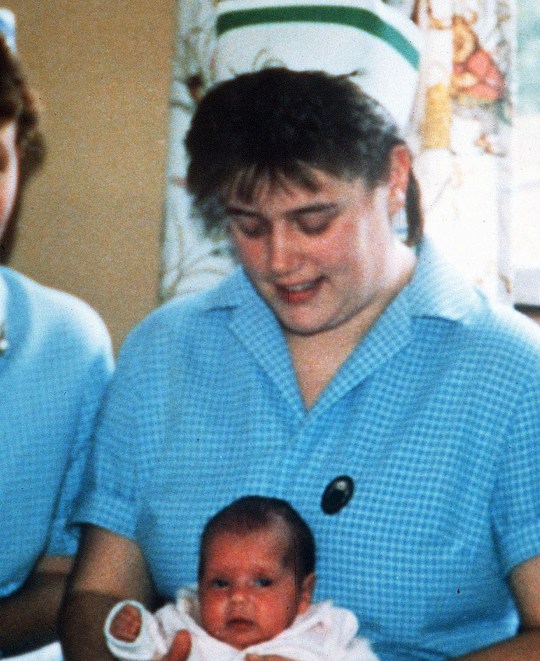 Beverley Allitt, aged 22, on the children’s ward where she murdered babies (Picture: Rex)

The 53-year-old, who used to work for the NHS, said she ‘was not shocked’ to hear Allitt had been given the vaccine, which comes after serial killer Rose West was also offered the jab.

She said: ‘Obviously, I would like Katie to have everything going to protect her — but she still hasn’t had it.

‘We don’’t mind waiting if people are more vulnerable than us but if we’re bringing Beverely Allitt into the equation you do wonder.

‘I can only think that Miss Allitt has some underlying health condition that means she has jumped the queue. It is annoying but I am not shocked.

‘No matter how repulsive or reviled they are, these people will get the jab. The NHS has a duty of care.’

It is not known if Allitt is classed as clinically extremely vulnerable like West — which would entitle her to a jab alongside over-70s. 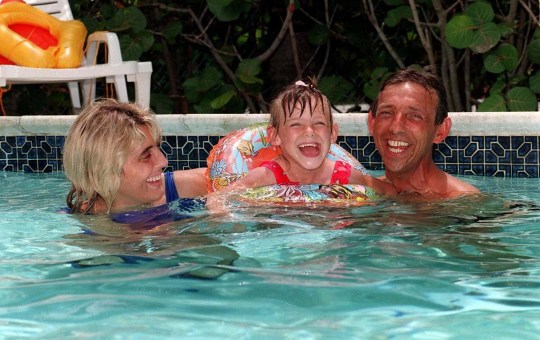 Katie Philips pictured as a child with her parents (Picture: REX/Shutterstock)

Allitt nearly died from sepsis caused by self-inflicted injuries in 2018 but is understood to have made a full recovery.

She was sent to Rampton Hospital as a psychiatric patient when medics ruled she was a risk to herself.

Dr Julie Hankin, executive medical director at Nottinghamshire Healthcare NHS Foundation Trust, said: ‘Our patients are being vaccinated at the same time as the general public and in line with the priority groups set out by the independent Joint Committee on Vaccination and Immunisation.’