For some, they’re the stuff of nightmares – but scientists think they’re misunderstood (Picture: Getty)

It’s fair to say sharks – or ‘man-eating monsters’ to some – have a bit of a PR problem.

Now some experts and officials want to rebrand attacks as ‘negative encounters’ or ‘interactions’ in a bid to reset our relationship with the misunderstood creatures.

Campaigners have long called for a change in the language used to describe shark attacks to stop painting the animals as viscous and help boost conservation efforts.

The Australian Marine Conservation Society has already taken the step, the Sydney Morning Herald reports, and in Queensland, a government website set up to monitor incidents has already made the switch to ‘negative encounter’.

The Department of Primary Industries in New South Wales is making the change too, pointing out that victims often refer to their own experience as ‘incidents’ or ‘interactions’.

Eight people were killed in shark related incidents in Australia last year – but scientists say the giant fish are often just being curious.

Nathan Hart, an associate professor at Macquarie University, said: ‘Sharks don’t have hands so, if they want to explore something, they mouth. 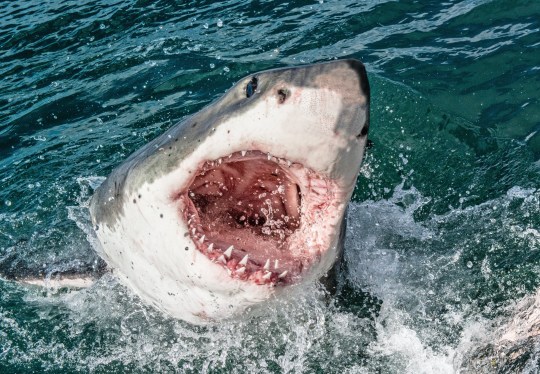 Jaws cemented our idea of sharks in 1975 and campaigners say a change is long overdue (Picture: Shutterstock)

According to Christopher Pepin-Neff from the University of Sydney, ‘attack’ only came into fashion into the 1930s, before which ‘shark accidents’ had been the common term.

He said a switch away from that language is necessary to dispel the notion they are ‘mindless’ and ‘ravenous’.

The expert said shark numbers are already in decline due to overfishing, pollution and climate change and the demand for culls could be nipped in the bud by less alarmist language.

Great whites, the most feared species of all, are classed as vulnerable by the World Wildlife Foundation.

The conservation charity says they are killed for their fins and teeth by trophy hunters and are ‘often caught as bycatch by commercial fisheries and can also become entangles in meshes that protect beaches’.