THE spooked owner of a “haunted house” had the shock of his life when he discovered an eerie vault door HIDDEN inside his walls.

Rupert Ellis bought the property in Camborne, Cornwall, a couple of years ago and has always suspected it had its secrets. 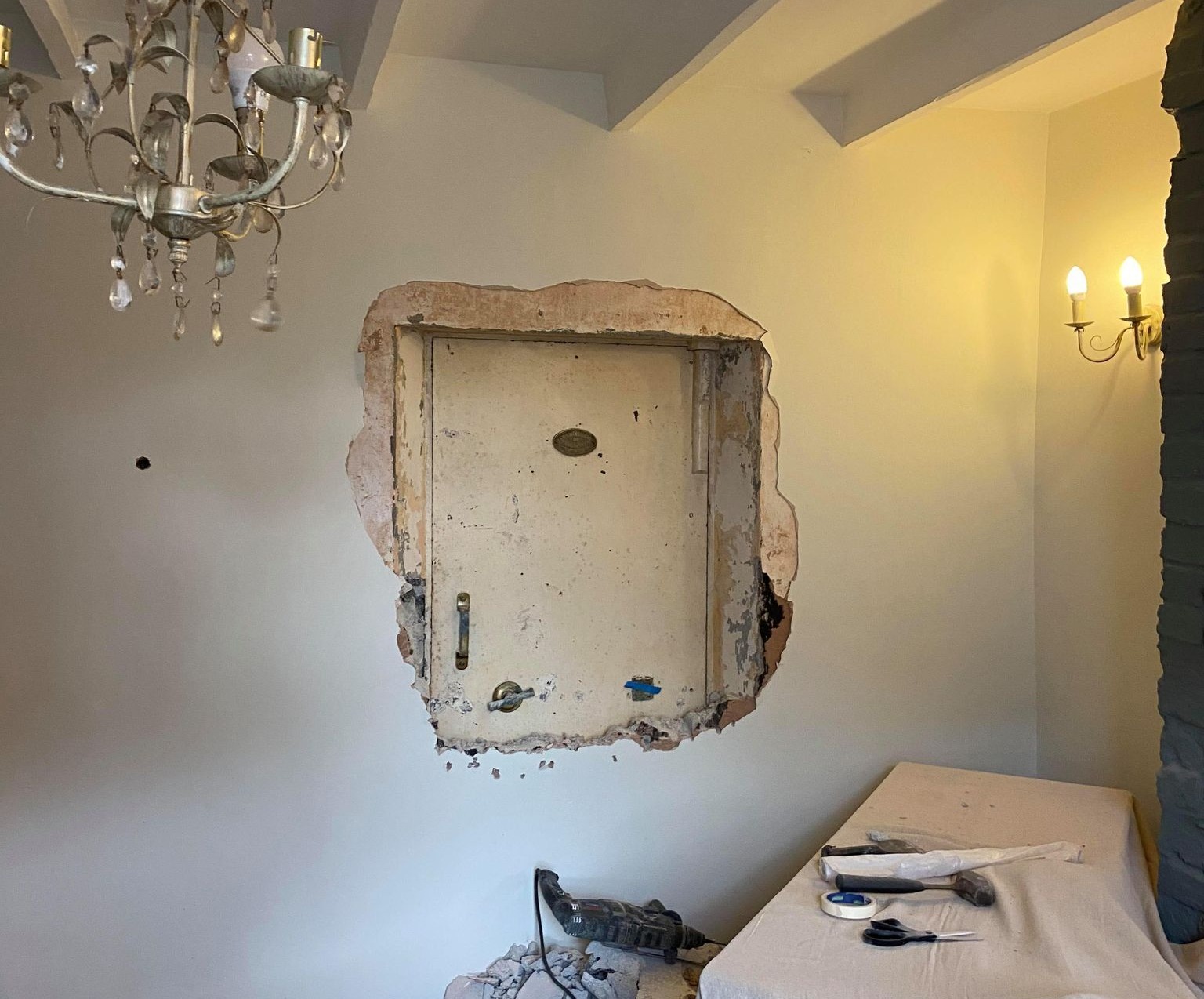 The vault door was discovered hidden behind a wallCredit: BPM Media

Flickering lights, bizarre messages in posters and oddball happenings have left the Cornishman believing his home might just be possessed.

He said: “It’s a little bit nuts but I do have a suspicion the house is haunted.

“There have been a lot of coincidences in this house and things that have happened.

“I get a distinct feeling that I was chosen for this house, rather than me choosing the house.”

Rupert has since discovered his historic home was once the head office of the Tehidy Minerals Company.

And while getting some restoration work carried out, a local builder hinted there may just be a secret vault containing maps of local mines. 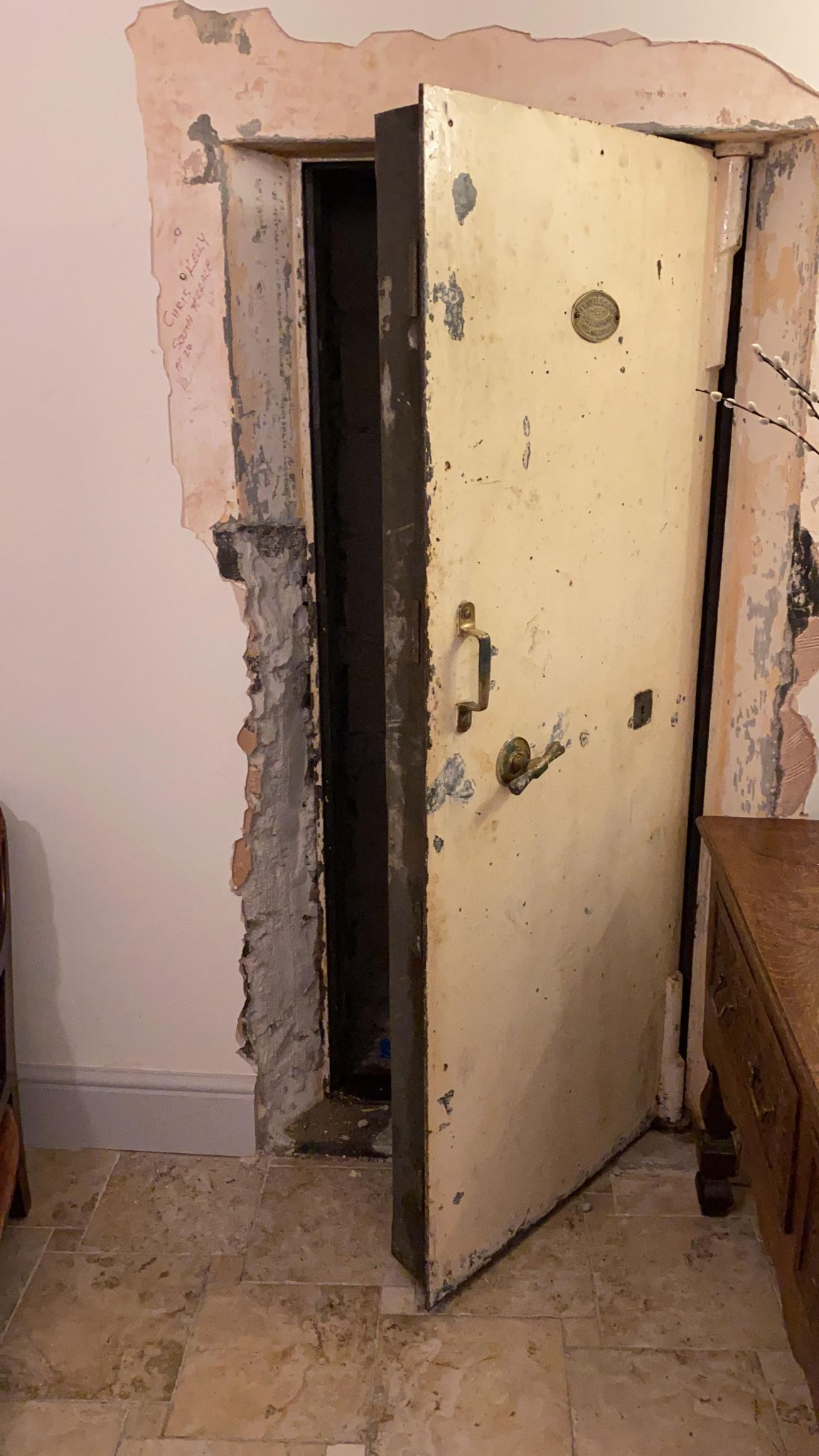 Rupert Ellis believes his home in Cornwall might be hauntedCredit: BPM Media 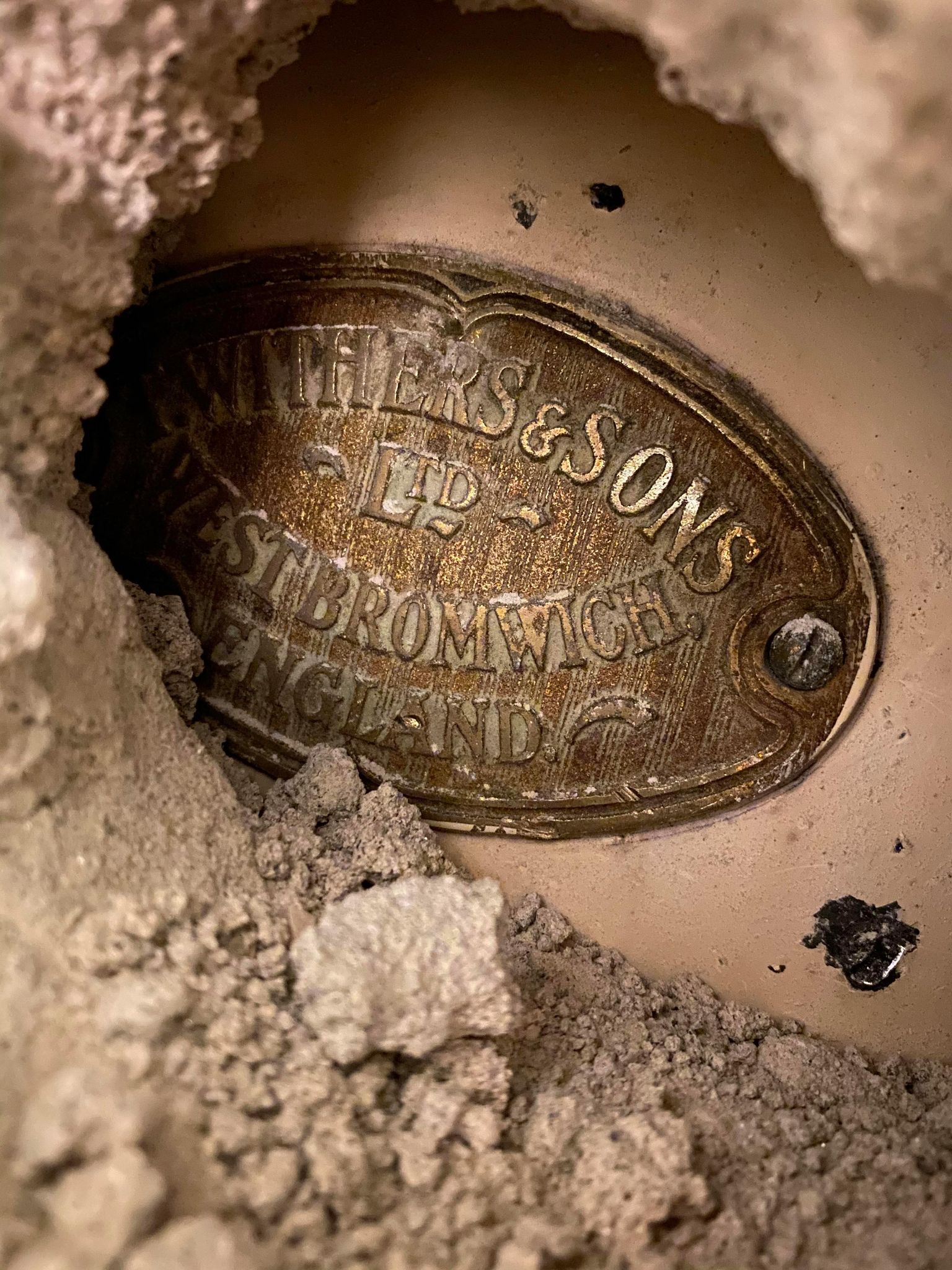 The property was once the head office of the Tehidy Minerals CompanyCredit: BPM Media

“I spent a week or so tapping the walls, trying to work out exactly where it would be,” revealed Rupert.

“Talking to several local people….I’ve discovered a wealth of historical information about the house and contents hidden for a generation.”

He finally found the vault inside a wall which was behind a poster with a “bizarre” message emblazoned on it.

Rupert revealed: “I had an amazing poster framed from an event I held and I’ve had it leaning up against the wall in that room.

“The headline on the poster says ‘Are you thinking what we’re thinking?’

“So I did about four little test holes in the wall and then got a jackhammer as I can see there’s something at the back of one of the holes.

“When I expanded it, the badge of T Withers and Sons on the vault door became visible.

“It’s so bizarre because the poster was exactly over the position of the door and had been there for about a year and a half.”