Shocking moment grandpa, 64, is body slammed and stamped on after ‘dobbing driver in for side-swiping neighbour’s car’

THIS is the shocking moment a grandfather was head-butted and stamped on after allegedly dobbing a driver in for smashing into a neighbour’s car.

CCTV footage shows Graham Hope cleaning his Range Rover before he is approached by a man. 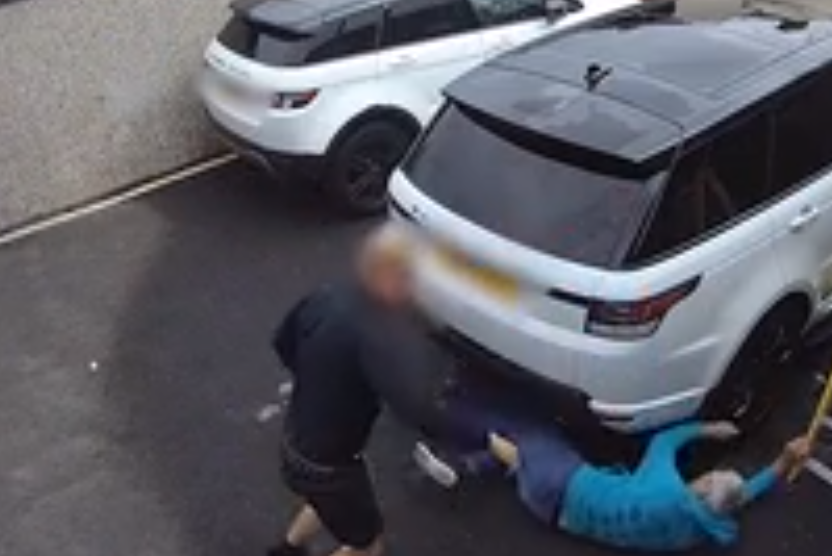 The shocking attack unfolded in a car parkCredit: Graham Hope, The Sun Online

The pair are seen having a conversation before the 64-year-old is head-butted by the yob.

The brute – dressed in a black top and shorts – continued to boot Graham in the back as he tried to crawl under his vehicle to escape the onslaught.

The attack only ended after an onlooker sprinted over and dialled 999.

He believes he was attacked after handing over footage of the thug’s work van smashing into a neighbour’s parked vehicle.

Graham claims the thug had previously threatened him two weeks earlier – but cops were reluctant to act.

He said: “When I saw him I knew it was going to end with me getting a fist in the face.

“I’m 64 and not going to fight anyone but when he headbutted me, I knew it wasn’t going to end well.

“I just wanted to get out of the way and was trying to protect myself when he grabbed hold of me and threw me to the floor.

“I dislocated my arm and he continued kicking and punching me. I didn’t think he was going to stop.

“He had no regard for me and just wanted to hurt me. Two 999 calls were made and because he had previously threatened me and was still there, the calls were classed as grade 1.”

An ambulance arrived and waited 15 minutes for the police to arrive before taking Graham to hospital.

He says four further calls were made to the police but Graham was told the force was busy to visit him.

The incident happened on Saturday afternoon in Horwich, Bolton, outside Graham’s business.

He said: “The guy said he was annoyed because my CCTV cameras were pointing at his house but I think it was because I’d given our neighbour CCTV footage of the guy’s van crashing into a parked vehicle.

“When I reported him threatening me earlier this month, the police said they would have a word with him.

“It is two days since I was attacked and the police haven’t done a thing.

“It’s not good enough. I’m off work at the moment because of my injuries but I can’t go back because he might attack me again.” 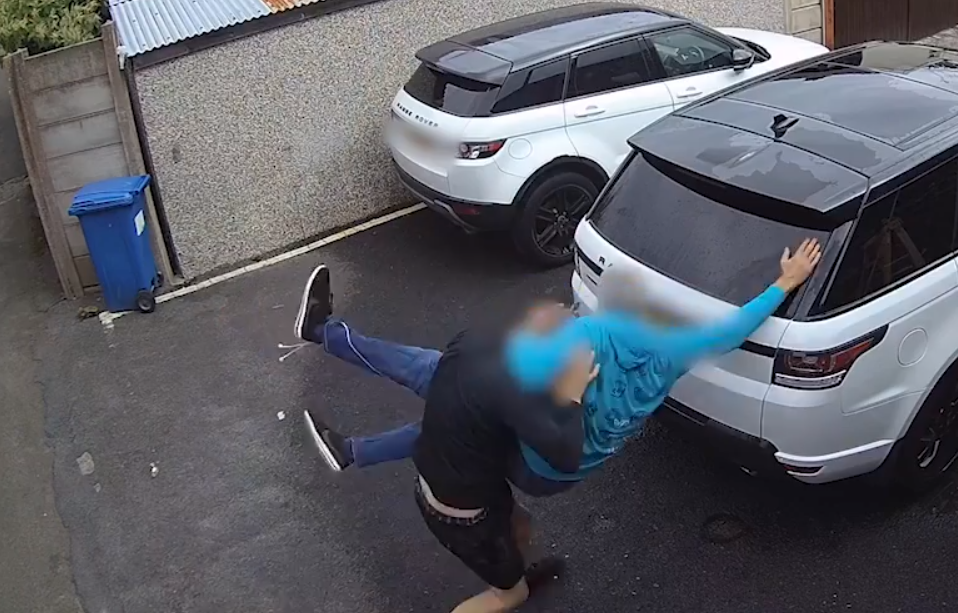 Graham said he believed the attack was over dobbing the neighbour inCredit: Graham Hope, The Sun Online 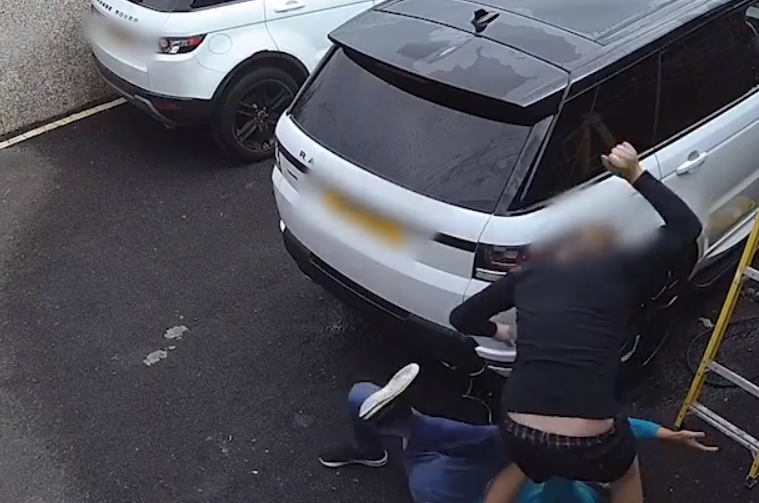