THIS is the shocking moment a thug smashes a bottle over another man’s head after a woman was bitten by a dog.

Tempers in Greenwich, London, flared on the hottest day of the year – with the violent clash taking place in front of crowds enjoying the sunshine. 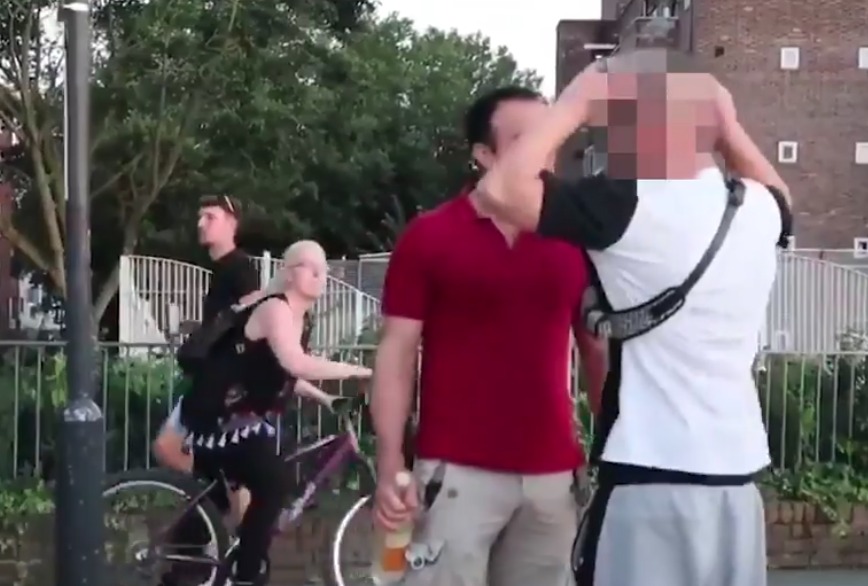 Moments before, an argument broke out in the streetCredit: Uknip

Video shows a couple walking with their small dog past a group of people with a large dog before the fight kicked off.

The woman claimed she was bitten by the large dog, sparking an argument between her friend and another man.

The men argued in front of people passing by enjoying cans in the sun – but soon things turned violent.

A man not involved in the dispute stumbled forward with a beer in hand, attempting to punch one of the men for no reason – but missed.

The friend of the woman then immediately lunged at the first man, and violently smashed a large bottle over his head.

Blood streamed down the man’s face, but he soon grabbed a bottle of his own.

Passersby looked on in horror and attempted to calm the situation, but the two men began fighting once more as the sun set at the canal.

The two men wrestled each other to the ground while blood pumped from the first man’s head and women nearby screamed in horror.

The video was posted to social media by a man who had been enjoying the warm weather with friends.

He captioned it: “A day in a life… So I was just out with the lads enjoying the sun and playing around with my new camera when I caught this.”

A MET police spokesperson said: “We are aware of a video on social media showing an altercation on the Thames Path in Greenwich.

“The incident does not appear to have been reported to the police.”

The arrival of a mini-heatwave sent the mercury rising to a sizzling high of 31.2C yesterday.

The UK was warmer than the Bahamas and Tenerife.

In England, 30.3C was recorded in Coton In The Elms, Derbyshire, on Saturday, surpassing the 29.7C recorded in south-west London on June 14. 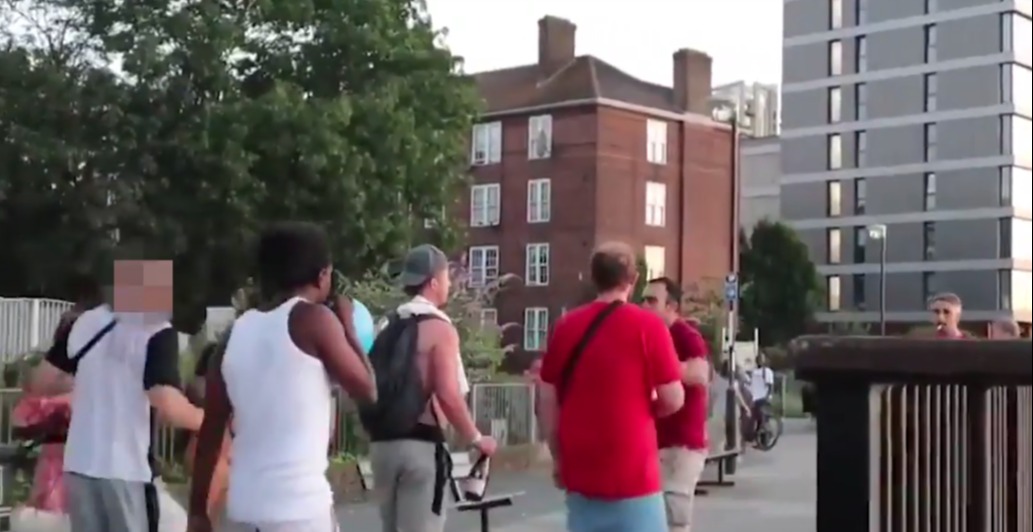 Passersby tried to intervene and calm the situation downCredit: Uknip 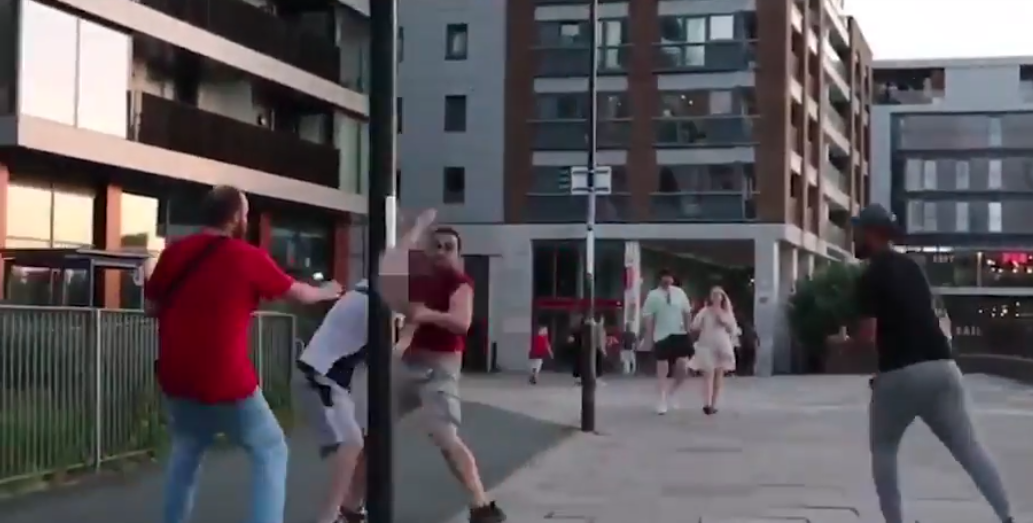