THIS is the shocking moment a woman wearing a Charlie Hebdo t-shirt is stabbed in Hyde Park in London.

The incident happened at Speakers’ Corner this afternoon and police are now appealing for information to find the knifeman.

A knifeman stabbed a woman in Hyde Park todayCredit: UkNewsinPictures 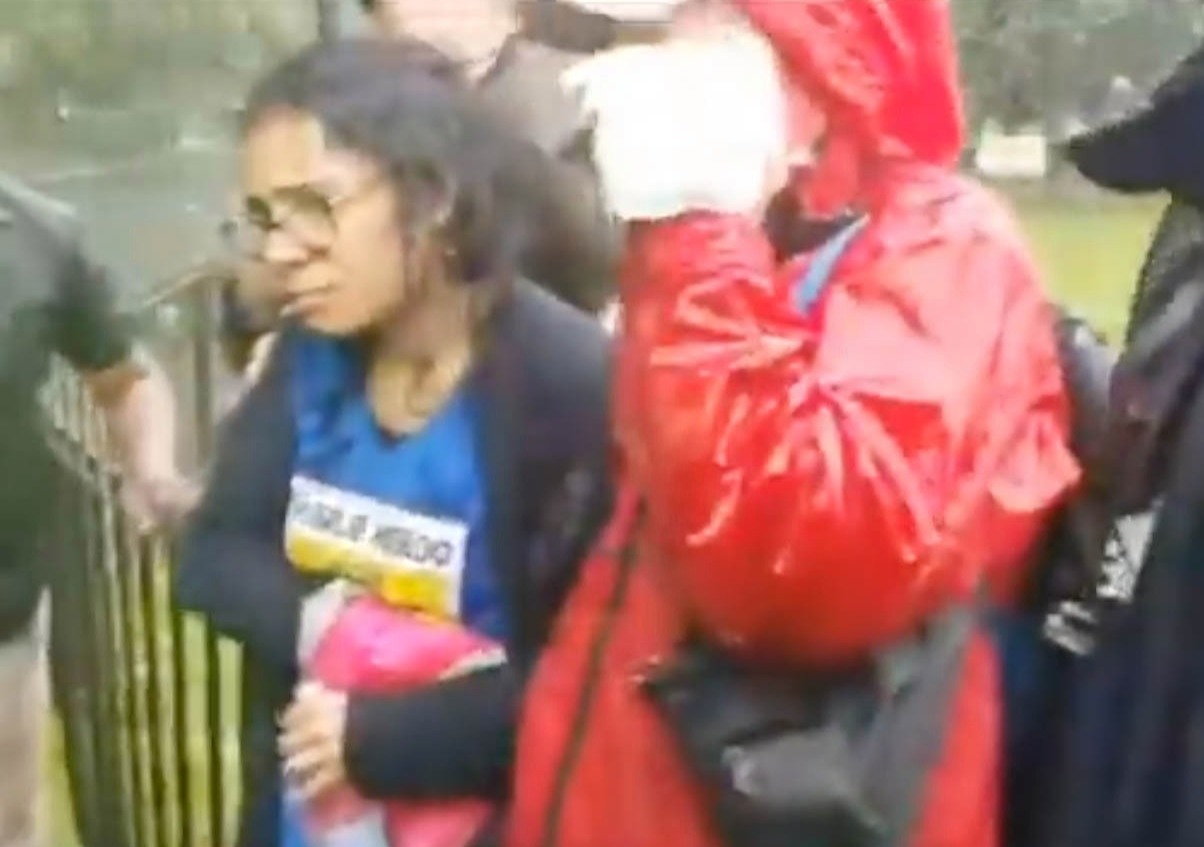 The victim was part of a large group standing at Speakers’ CornerCredit: UkNewsinPictures

A video filmed by a witness shows a large group of people standing in the park.

At some point, a man runs towards a woman and stabs her before running away in the opposite direction.

Officers then arrive and help the 39-year-old woman, while others chase the attacker.

The man filming the clip says: “What did I just witness, oh my God.”

Met Police officers attended Hyde Park at 3.34pm to reports of a female being stabbed at Speakers’ Corner.

The victim – who was wearing a blue T-shirt with “Charlie Hebdo” written on it – sat inside a police van before being moved to hospital to be treated for minor injuries.

The attacker, dressed in black, fled after the stabbing, with police and members of the public chasing him.

Officers recovered a knife near the scene of the attack, but no arrests have been made so far.

Investigations are ongoing and at this stage, it is not clear whether there was a motive for the stabbing.

The Met Police launched an appeal for information following the assault.

The force said in a statement: “Police were called by the London Ambulance Service (LAS) at 15:34hrs on Sunday, 25 July to reports of an assault at Speakers’ Corner, W1.

“Officers attended and found a 39-year-old woman suffering from a minor slash injury to her head.

“She was treated at the scene by the LAS before being taken to a central London hospital.

“Her injuries are not life-threatening.

“Following a search of the area, a knife was recovered nearby.

“Officers based in Westminster are working alongside colleagues from the Royal Parks OCU to investigate and identify the person responsible.” 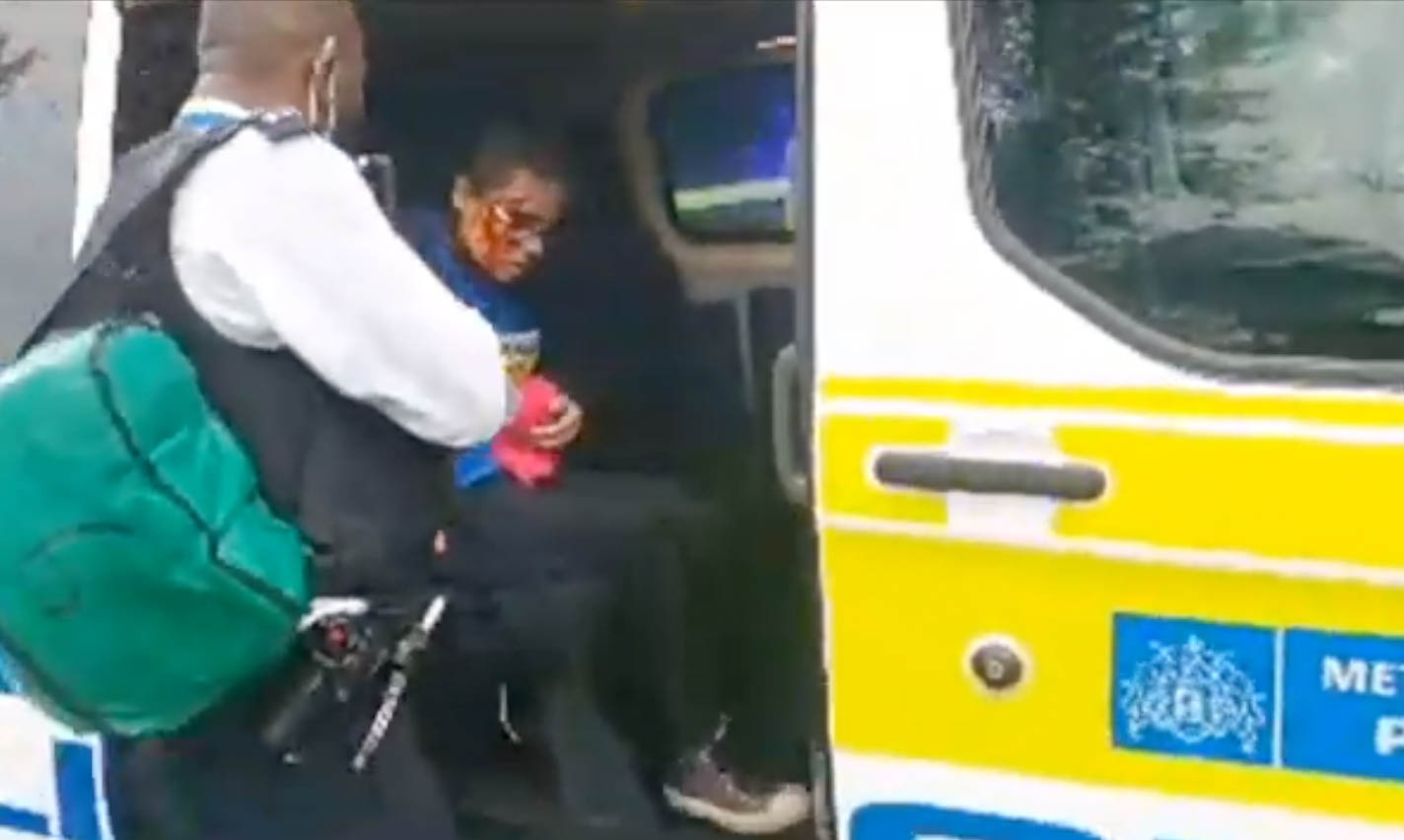 The woman sat in a police van before being taken to hospitalCredit: UkNewsinPictures

Detective Superintendent Alex Bingley, from the Central West Command Unit, which covers policing in Westminster, said: “This was clearly a very distressing incident for the woman involved and officers have spent time with her, whilst she was being treated for her injury, to get an account of what happened.

“We know that this assault was witnessed by a number of people, many of whom captured it on their phones. I would ask them, if they have not already done so, to contact police.

“We remain in the early stages of our investigation and are working hard to trace the person responsible. I would ask people not to speculate on the motive for the attack until we have established the full facts.”

Anyone with information is asked to contact police via 101 or @MetCC quoting reference Cad 4376/25Jul.

Charlie Hebdo is a French satirical weekly magazine that lost 12 employees in an attack by extremist brothers Said Kouachi and Cherif Kouachi in 2015.

The attackers said the magazine had used blasphemy by publishing cartoons of the Prophet Muhammad to stir up hatred against Muslims around the world.

The magazine published a cover showing a cartoon caricature of the Queen kneeling on Meghan Markle’s neck – mirroring the death of George Floyd.

The headline on the disturbing front page read: “Why Meghan left Buckingham…”

A speech bubble shows Meghan replying “because I couldn’t breathe anymore” when translated into English – which is a reference to George Floyd death. 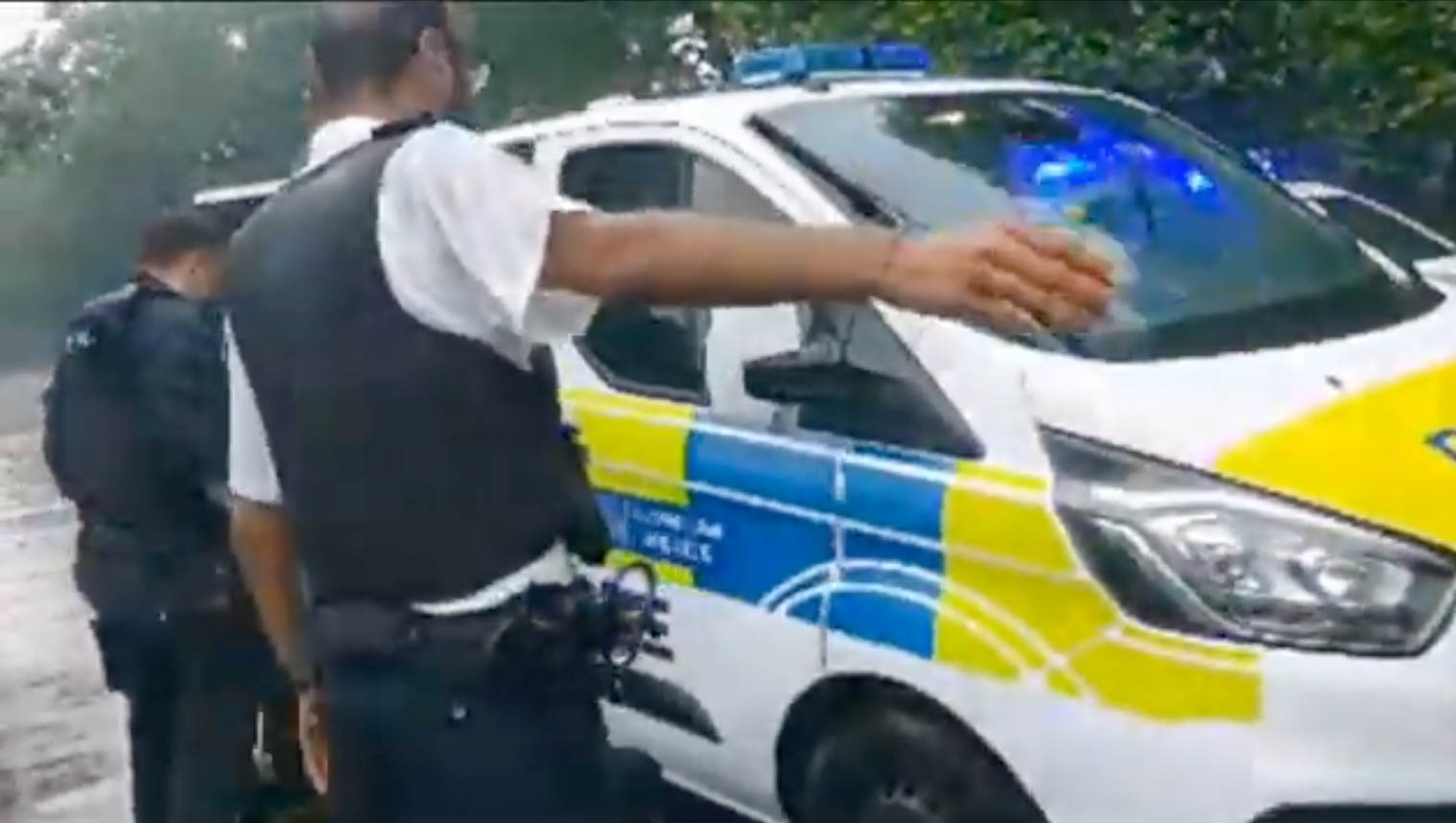 The Met Police launched an investigation into the attackCredit: UkNewsinPictures