THIS is the shocking moment a vile yob swings a tiny dog around on its lead by its neck – before being thrown against metal railings.

The sick pair, thought to be in their 30s, were caught lifting the dog off the ground three times on Hamilton Street, Bury. 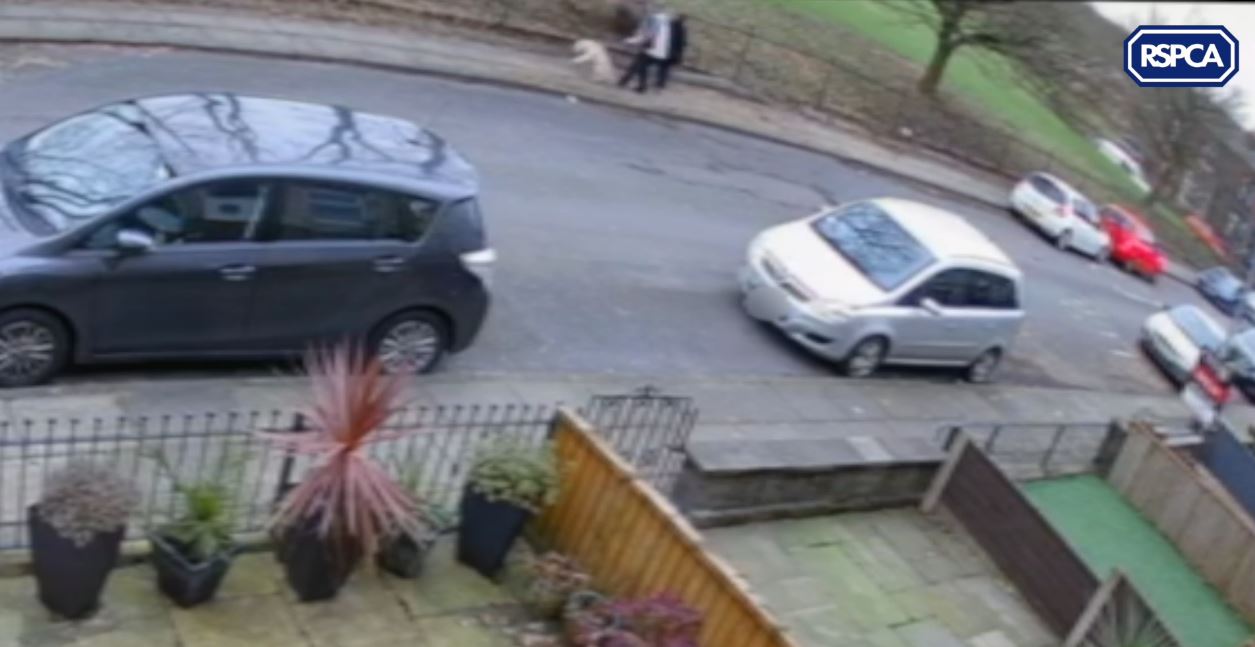 The pair were caught lifting the dog and swinging it around by its lead in BuryCredit: RSPCA 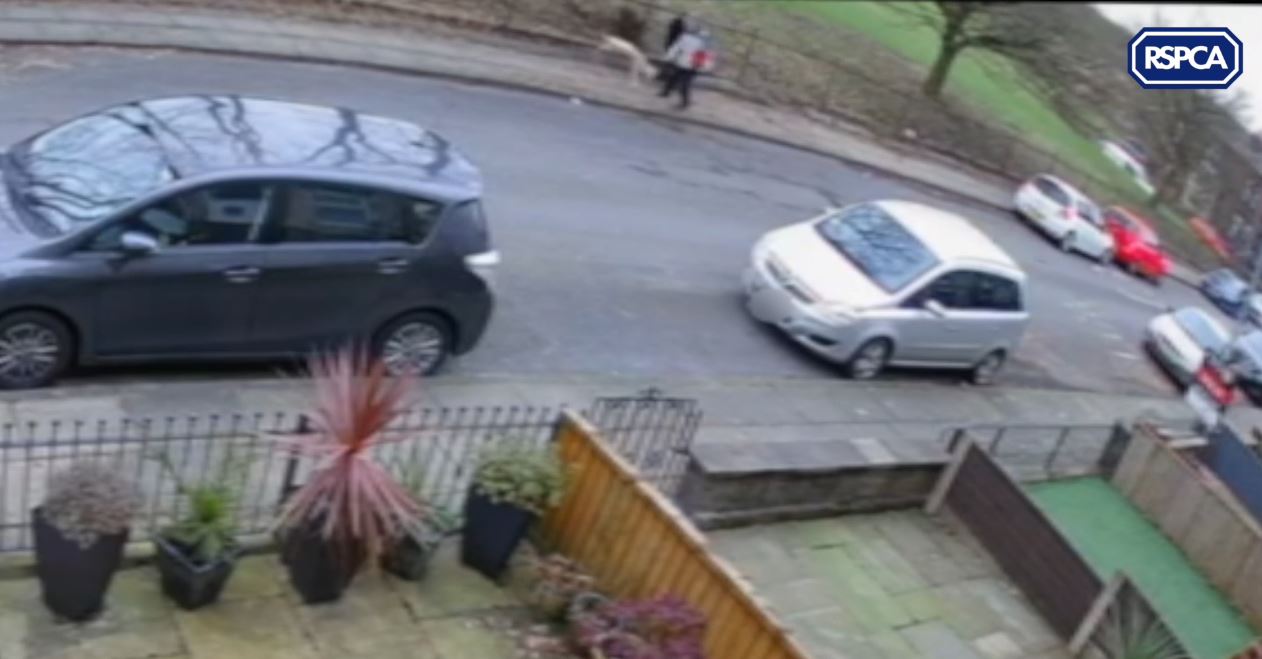 On the third occasion when the dog is forcefully pulled into the air, it appears to hit some metal railings behindCredit: RSPCA

In the clip taken at 2.30pm on January 31, the two people can be seen walking along with the dog before the pet is pulled up off the ground by the neck.

The frightened dog is then yanked in the air again – and appears to land at the side of the road.

Then on the third occasion when the dog is forcefully pulled into the air, it appears to hit some metal railings behind.

The dog is then seen rolling on the ground before it manages to get up and walks off with the pair.

RSPCA inspector Danni Jennings has now launched an investigation to try and identify the people in the video – who she believes are probably local to the area.

She said: “I am appealing to see if anyone can recognise the two people in this video which witnesses described as a male and female aged in their thirties with a white dog.

“The dog could be a young Husky or retriever type dog – it is difficult to tell.

“Witnesses said it is the male who drags the dog up by the lead into the air on three occasions and he is wearing a distinctive grey and red jacket which I am hoping may help identify him. The other person wearing black is said to be a female.

“This is totally unacceptable behaviour and I fear the dog will have been terrified and hurt by this appalling treatment so I am keen to find the people in this video.”

Anyone with information about this should call the RSPCA appeals line on 0300 123 8018.

Last month, sick thugs were caught hurling a helpless cat out of a skylight window.

The video, which has been shared on social media, shows a man throwing the cat out of a small gap of the top floor window of a home in Hull.

The clip begins with one man stroking the black and white cat before a second man approaches it.

A woman, who appears to be the one filming, tells the man “don’t be nasty” before he throws the feline out of the skylight on Beverly Road and shuts it.

Viewers of the video were disgusted with one Hull local saying: “What’s funny about an innocent animal getting thrown out of a window? It’s disgusting, it’s animal abuse.

“It might be someone’s family cat. I’m sickened by the thought.” 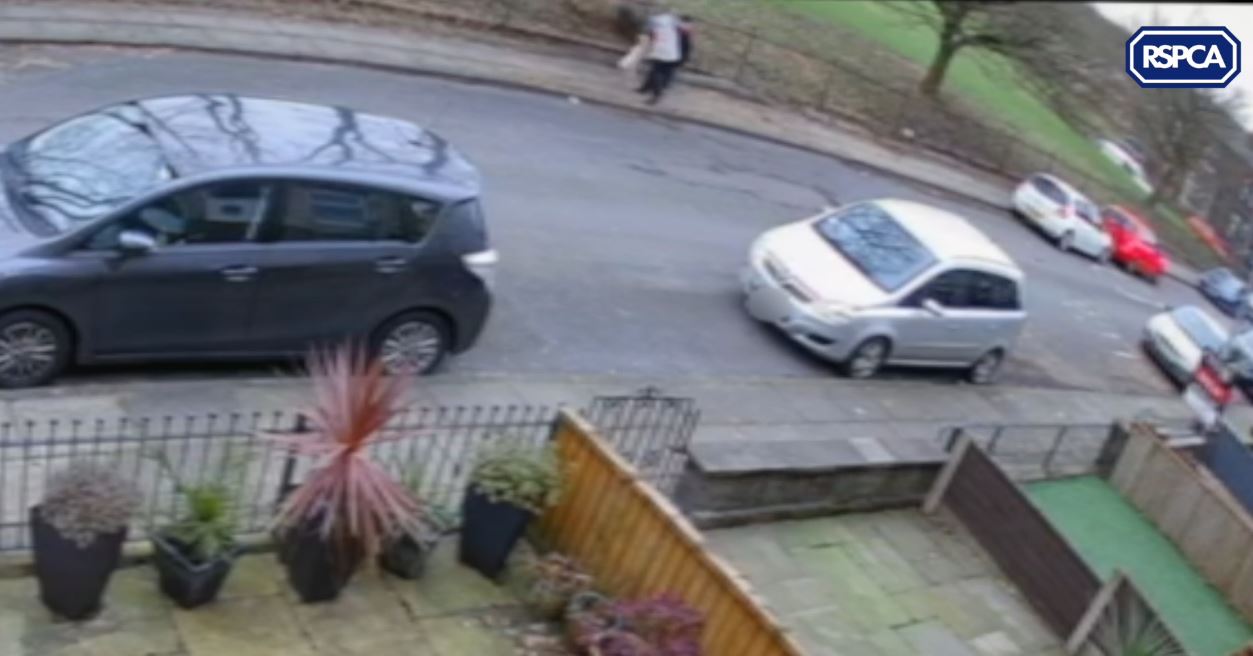 The white dog can be seen being hurled in the airCredit: RSPCA