Sick chef, 35, who kicked his pregnant girlfriend in the stomach to kill unborn baby that wasn’t his jailed for life

A SICK chef who killed his pregnant partner’s unborn baby by kicking her in the stomach has been jailed for life.

Asa Davison attacked Isabelle Irish while she was 29 weeks pregnant in order to kill the child she shared with another man.

Asa Davison was jailed for life after he killed his pregnant partner’s unborn childCredit: BNPS

The 35-year-old, who has a history for domestic violence, deliberately kicked and punched Miss Irish in the stomach and dragged her along the road.

She was found cowering in a back garden of a house in Gillingham, Dorset, by the homeowner who called the police.

Miss Irish was taken to hospital and a scan found her baby without a heartbeat.

She had to give birth to her dead baby, who had been perfectly healthy at its 20 week scan.

Davison was found guilty of child destruction under the Infant Life Preservation Act (1929) following a trial at Bournemouth Crown Court.

Today, a judge called Davison ‘highly dangerous’ to women as she jailed him for life, with a minimum jail term of 12 years before he can be considered for parole.

Mrs Justice Johannah Cutts said: “I have no hesitation in finding you dangerous. You set out not just to cause your pregnant girlfriend really serious bodily injury but to kill her unborn child.

“Having on earlier occasions expressed your anger at Ms Irish’s pregnancy you delivered a blow of such force to her abdomen that you caused the placenta to rupture when she was seven months pregnant.

“As a partner she was entitled to love and support but you caused her injuries, physical pain and forced her to give birth to a dead child.”

She added: “Your previous convictions show a propensity to domestic assault.

“You pose in my view a very high level of danger to those with whom you have a relationship.”

Davison, a chef, watched the proceedings via a video link but walked off in protest while the judge sentenced him.

The court had heard that Miss Irish was already pregnant when she entered a relationship with Davison in early 2020.

He told her they could carry on being a couple after her baby had been born, but police later recovered recordings on his phone to Miss Irish.

In one he said that it ‘broke (his) heart’ that the baby was not his.

One witness saw him treating the woman ‘like a dog on a lead’ before kicking her in the belly.

You can visit the Women’s Aid website here www.womensaid.org.uk

Another heard a sound like ‘someone dragging a bag of compost’ up the street.

Sarah Jones, prosecuting, said: “The person responsible for the untimely death of Miss Irish’s child was the man who had earlier spoken of his resentment at feeding and raising another man’s child.

“That man kicked, punched and dragged her along a road and she ran from him while he hunted for her.”

He was found guilty on four counts, including actual bodily harm, grievous bodily harm with intent, and perverting the course of justice with intent.

Davison, representing himself, told the court today: “The fundamental fact is I didn’t commit the crime.

“I’ve never had any intentions of harming a woman. I’m quite a peaceful person into my health and spiritual development.”

The court heard that Davison was on licence for assaulting another previous partner when he committed the assault which killed Ms Irish’s unborn child in May 2020.

“It is absolutely devastating to know that a baby, still entirely dependent on its mother, died at the hands of such a violent attacker.

“We are committed to protecting the most vulnerable people in our society by ensuring that violent perpetrators are brought to justice.” 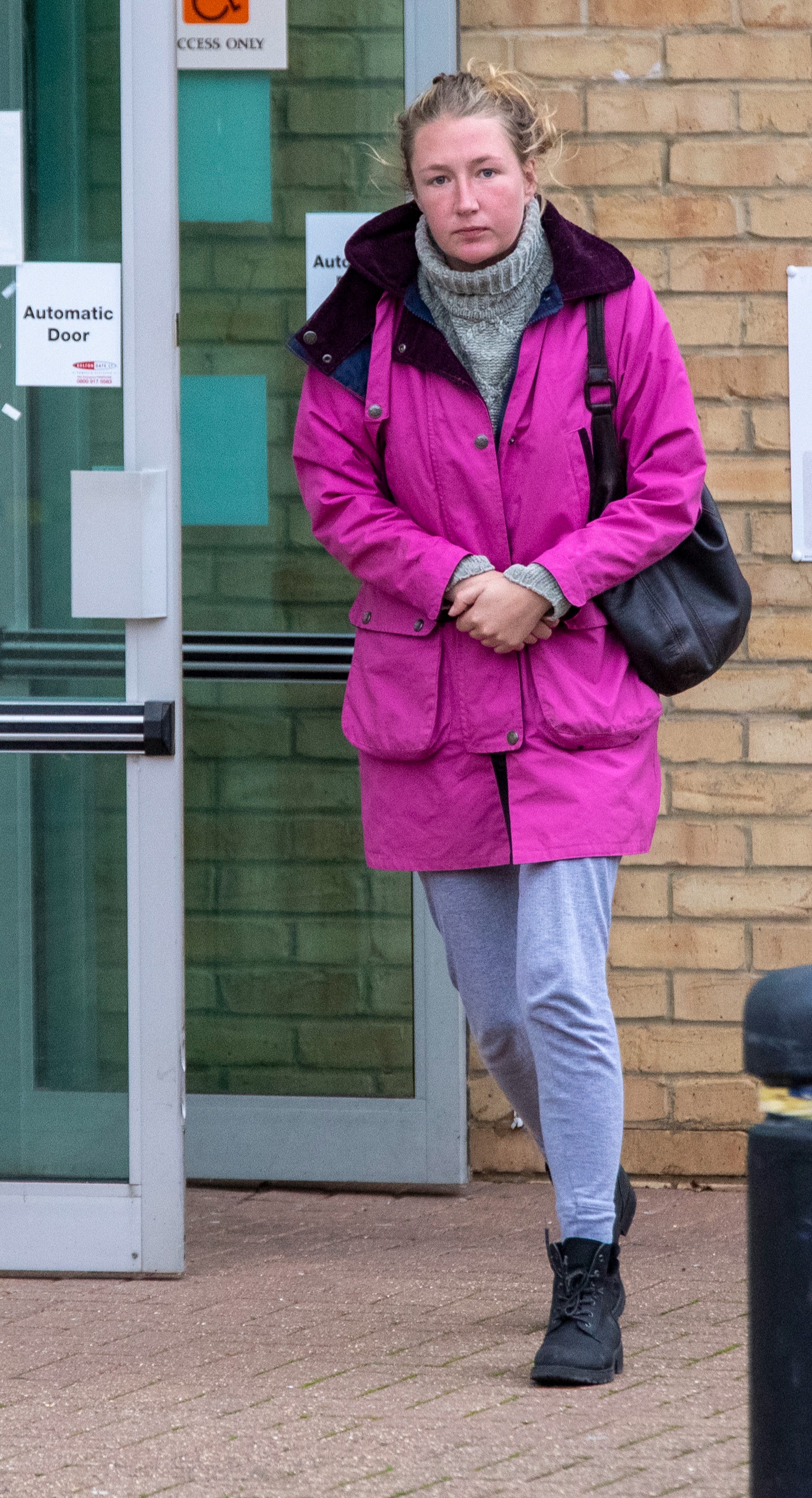