The prime minister’s authority has been left undermined this week amid reports of fury inside his own party over the Owen Paterson debacle (Picture: PA)

Sir John Major has described Boris Johnson’s conduct as ‘shameful’ after he attempted to scrap the Commons sleaze watchdog.

Former prime ministers usually don’t criticise their successors in such direct terms but the Tory grandee launched an astonishing attack on Mr Johnson.

He described the PM’s Number 10 operation as ‘politically corrupt’ over its treatment of parliament.

A bitter blame game has engulfed the government after its botched attempt to save the career of Owen Paterson, an ex-minister who lobbied on behalf of two companies who paid him £100,000 a year.

Mr Johnson ordered his MPs to vote on an amendment that blocked the suspension and began the process of ripping up the Commons standards watchdog.

But he was forced into an embarrassing climbdown just 21 hours later in a move which has widely been seen as a major political miscalculation and damaging failure.

Sir John told the BBC: ‘I think the way the government handled that was shameful, wrong and unworthy of this or indeed any government. It also had the effect of trashing the reputation of parliament.’ 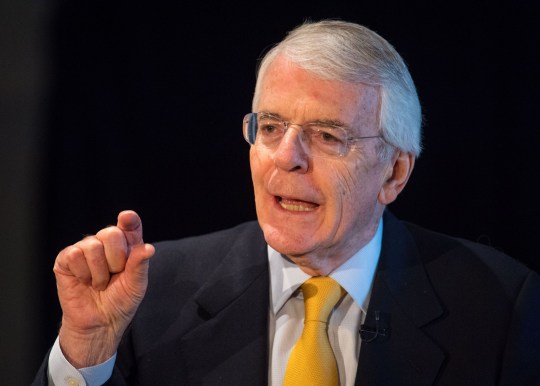 John Major accused the government of riding roughshod over the House of Commons (Picture: PA)

He suggested there was an arrogance at the heart of Mr Johnson’s administration, saying: ‘There is a general whiff of “we are the masters now” about their behaviour.’

Sir John, whose own government in the 1990s was undermined by sleaze rows, said: ‘When that happened I set up the Nolan Committee on Standards in Public Life to stop it, which has been a huge success.

‘The striking difference is this: in the 1990s I set up a committee to tackle this sort of behaviour.

‘Over the last few days we have seen today’s government trying to defend this sort of behaviour. 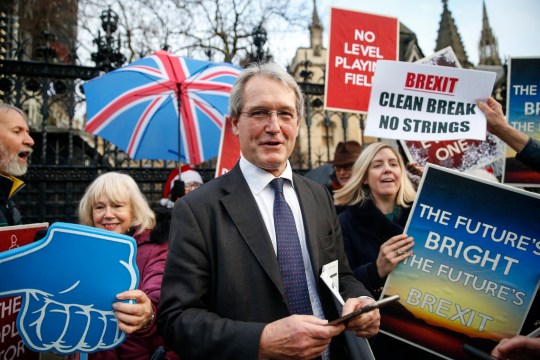 Owen Paterson resigned in disgrace on Thursday after a lobbying scandal involving him engulfed the entire government (Picture: Getty)

A blame game has broken out in the Conservative party over who is to blame for the debacle.

Mr Paterson resigned after learning the government intended to allow his suspension to be approved after all when he received a phone call from a journalist while in a supermarket.

The prime minister’s official spokesman on Friday refused to rule out Mr Paterson being appointed to the House of Lords.

Speaking to journalists at Cop26, Nicole Sturgeon called the attempts to save Mr Paterson from suspension ‘classic corruption’.

She added: ‘It would be grotesque and deeply offensive that somebody who had been found to breach standards by an independent process of investigation, who ended up resigning from the Commons albeit through a messy process, ended up being put back into politics through the House of Lords.’