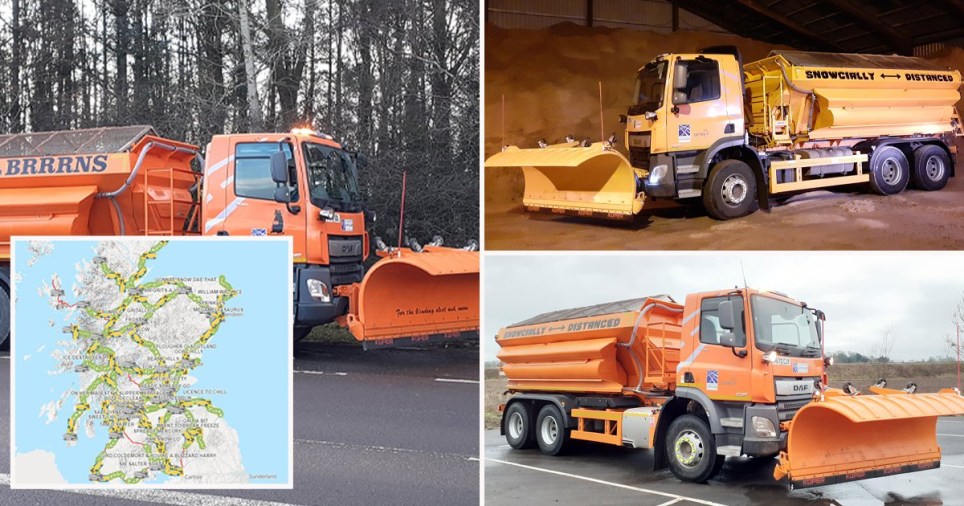 Scotland has named its gritters for almost 15 years (Picture: Getty/trafficscotland.org)

Scotland has named its entire fleet of gritters after almost 15 years of assigning each vehicle its own hilarious title.

A ‘record’ number of gritters have been deployed to keep Scotland’s roads safe as Storm Darcy continues to bring heavy snow, blizzards and freezing -14C temperatures to the country.

It has been a Scottish tradition to name each truck since 2006, when primary school children were first asked to put forward their best ideas.

The most recent appeal for submissions, which ran from December 23 to January 15, brought in a series of funny names that finished off the 213-strong fleet.

In a nod to the bizarre state of the world, one gritter was called ‘Snowcially Distanced’ while others stuck to classic references such as ‘Lord Coldemort’ and ‘Sleetwood Mac’.

He has been commemorated with the monikers ‘Dr Snow’, ‘Coldfinger’, ‘You Only Grit Ice’, ‘On Her Majesty’s Slippery Surface’ and ‘TroonRaker’. 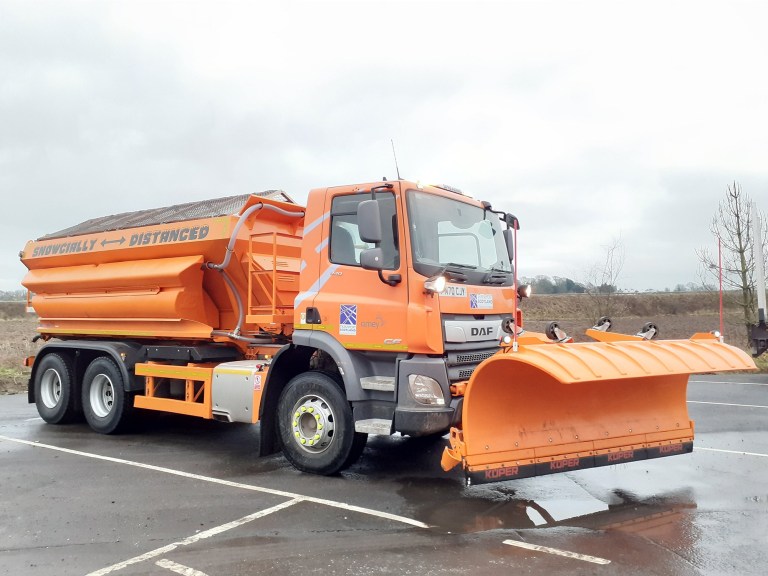 One gritter was named after the new universal phenomenon of socially distancing (Picture: Amey) 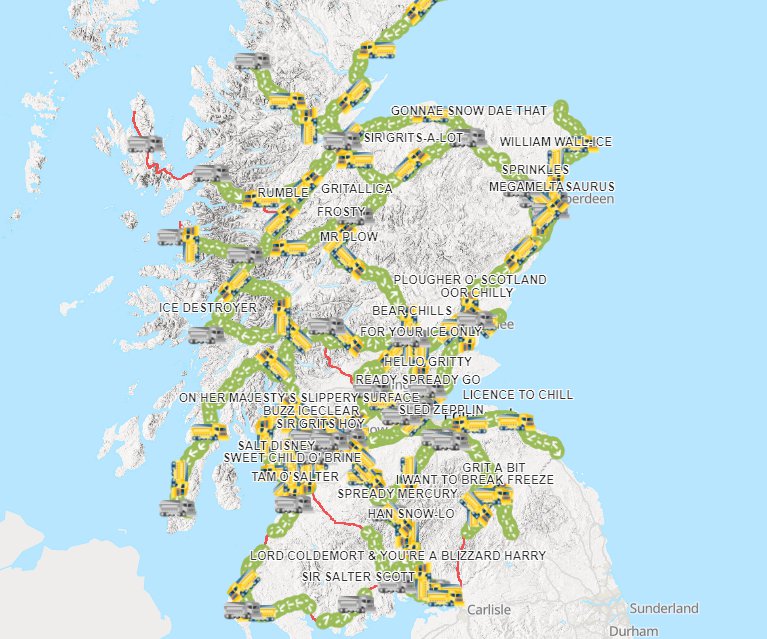 A ‘record’ number of gritters have been deployed in Scotland (Picture: trafficscotland.org)

The newbies have joined old favourites from previous years which included ‘Yes Sire, Ice Can Boogie’, ‘Buzz IceClear’ and ‘Irn-Bru Grits You Thru’.

BEAR Scotland, responsible for the south-east, northeast and north-west of Scotland’s gritters told Metro.co.uk: ‘Each year we involve more schools to help us come up with names, and this winter we ran a competition with schools in the south-east of Scotland to help us name our new fleet of gritters, as well as a colouring-in competition in 2020 to help keep kids busy during lockdown.’

Scots all over the country have shared photographs of people enjoying the thick snow, but it has not been without inconvenience and danger.

The storm has already caused power outages in Edinburgh and Glasgow, with many fearing there are more to come. The Met Office currently has yellow weather warnings in place until Wednesday.

Police across Scotland have warned travellers about ‘treacherous’ driving conditions with some rural areas completely cut off by the snow.

Transport Scotland has warned of long delays as well as cancellations to bus and rail services.

Transport Secretary Michael Matheson said: ‘We’re being warned that parts of Scotland are expected to face another period of challenging weather, with the Met Office issuing an amber snow warning for Tuesday.

‘The current Covid-19 restrictions mean you should only be leaving your home for an essential purpose, so please consider if your journey is absolutely necessary before setting off. 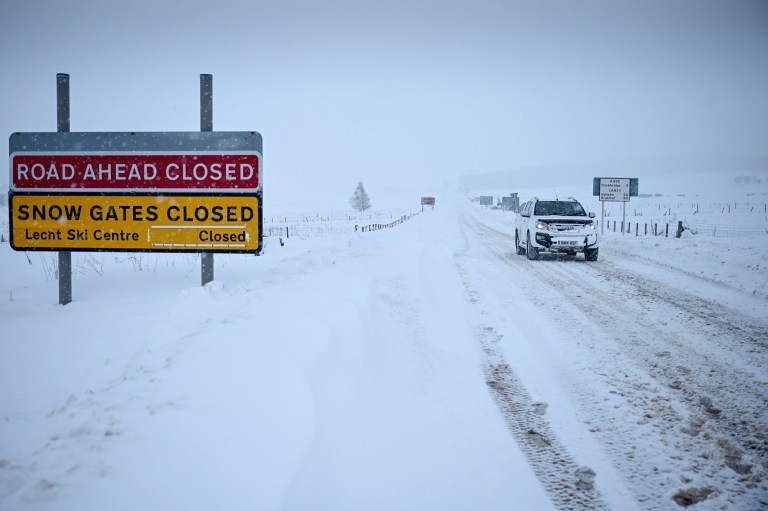 Roads have been closed and travel has been disrupted because of the heavy snow brought by Strom Darcy (Picture: Getty Images)

‘The forecast conditions will likely cause difficult driving conditions and disruption to the wider transport network.

‘If you do have to make an essential journey, then the advice remains the same as it has throughout this winter – plan your route in advance, drive to the conditions and follow Police Scotland travel advice.

‘There may be disruption on other modes of transport, so you should check with your operators before setting off.’