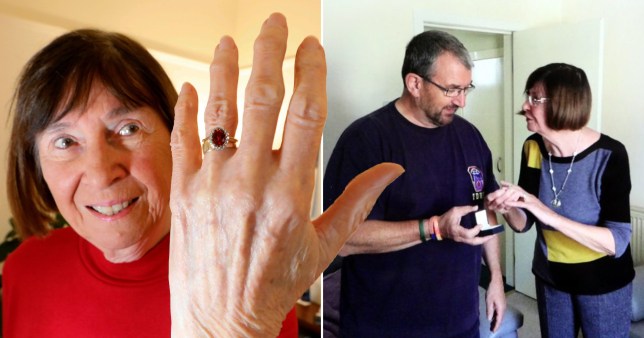 Dorothy Nicoll, 82, is overjoyed after finally being reunited with her ring (Picture: Cascade News)

Dorothy Nicoll had given up hope of finding her engagement ring after her home was ransacked by thieves in 1987.

She and her late husband Andrew never heard back from the police, so they assumed the crooks were never caught.

More than 30 years later, metal detectorist George Taylor found it on Carnoustie beach, near Dundee, with no idea of whom it belonged to.

He then turned detective, using the 1963 date and initials engraved inside the ring to track down Dorothy, 82.

With help from his pal Liz Neish, he managed to find records of her wedding to Andrew Nicoll that matched.

A search through Facebook led to Dorothy’s daughter Hilary and the ring was returned.

Dorothy, from Dundee, gave it to a local jeweller who replaced a stone and gave it a clean and she is now delighted to have it back. 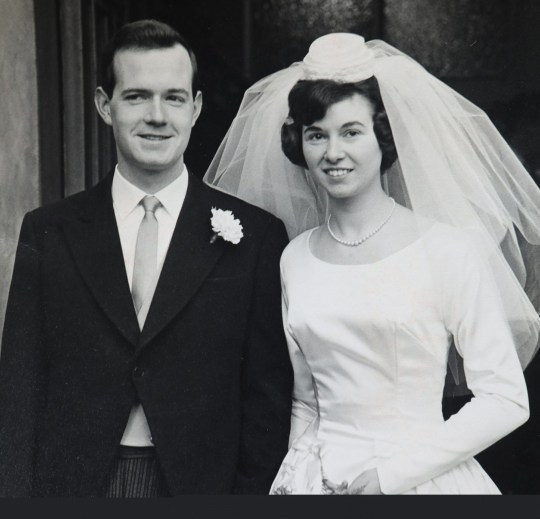 She said: ‘When Hilary told me someone had been in touch to say they had found my engagement ring I thought “it can’t be, impossible”.

‘I had given up on it right after it had been stolen. But as soon as I saw it I recognised it straight away because of the engravings inside.

‘The local jeweller did a great job and now I am over the moon to have it back.’

Thieves looted Andrew and Dorothy’s home while they were at the theatre one night in 1987, taking a number of valuables including the TV, record player. 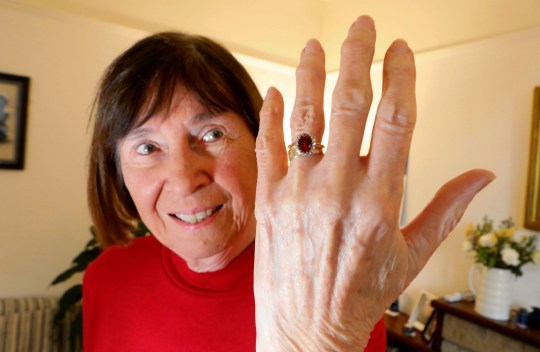 Dorothy had given up hope of finding her ring after her home was ransacked in 1987 (Picture: Gareth Jennings/DCT Media)

They also took Dorothy’s jewellery box, which she was storing the ring in because it was missing a stone.

Andrew died about four years ago, making the ring’s return all the more bittersweet.

‘He would have loved to have seen it again,’ Dorothy said.

‘Andrew was a student at the time we got engaged and he got some money from a job and then said “let’s get married”. 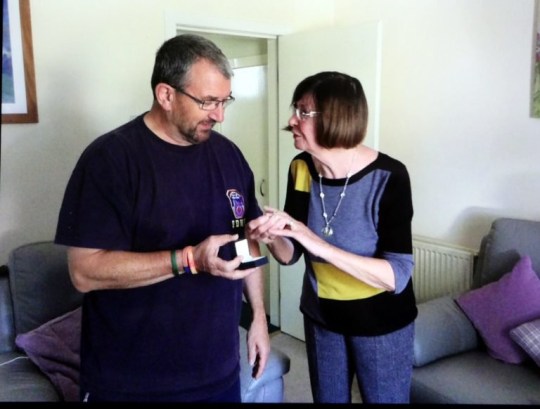 ‘We went to buy a ring and both agreed on that one straight away, although he said the reason he liked it was because the stone was the same colour as a pint of Export.’

Detectorist George, 60, found the ring during one of his regular trips to Carnoustie beach and uncovered it about four inches beneath the surface.

The retired fire ground technician said: ‘For me it’s about the wonderful stories you find out about by doing this. I’m just happy to get the ring back to her.’

It is not the first time George has managed to reunite long-lost jewellery with its owner.

In 2015, he was able to give Alex Jones her father’s engagement ring 43 years after it was lost on the sands of St Andrews. 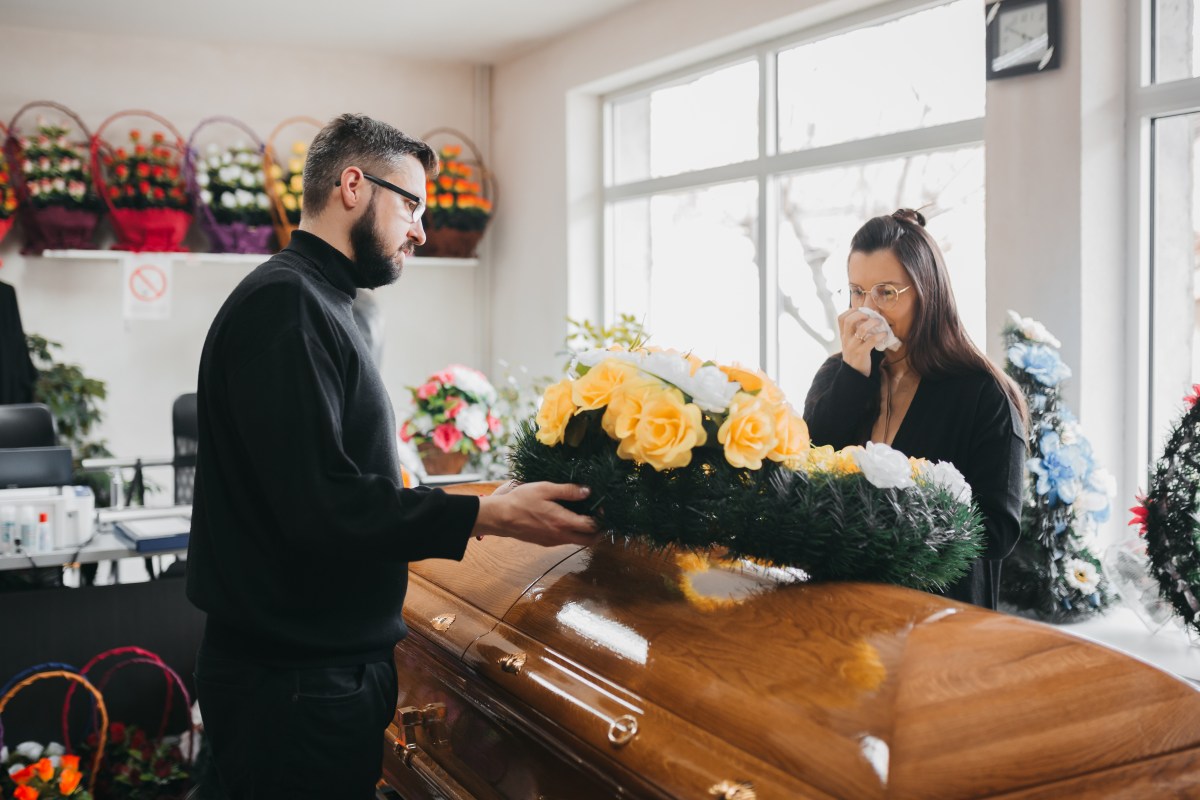