SIX skeletons have been unearthed in the city centre of Norwich during excavation works.

The astonishing discovery was made as builders were called in to improve the Tombland public space. 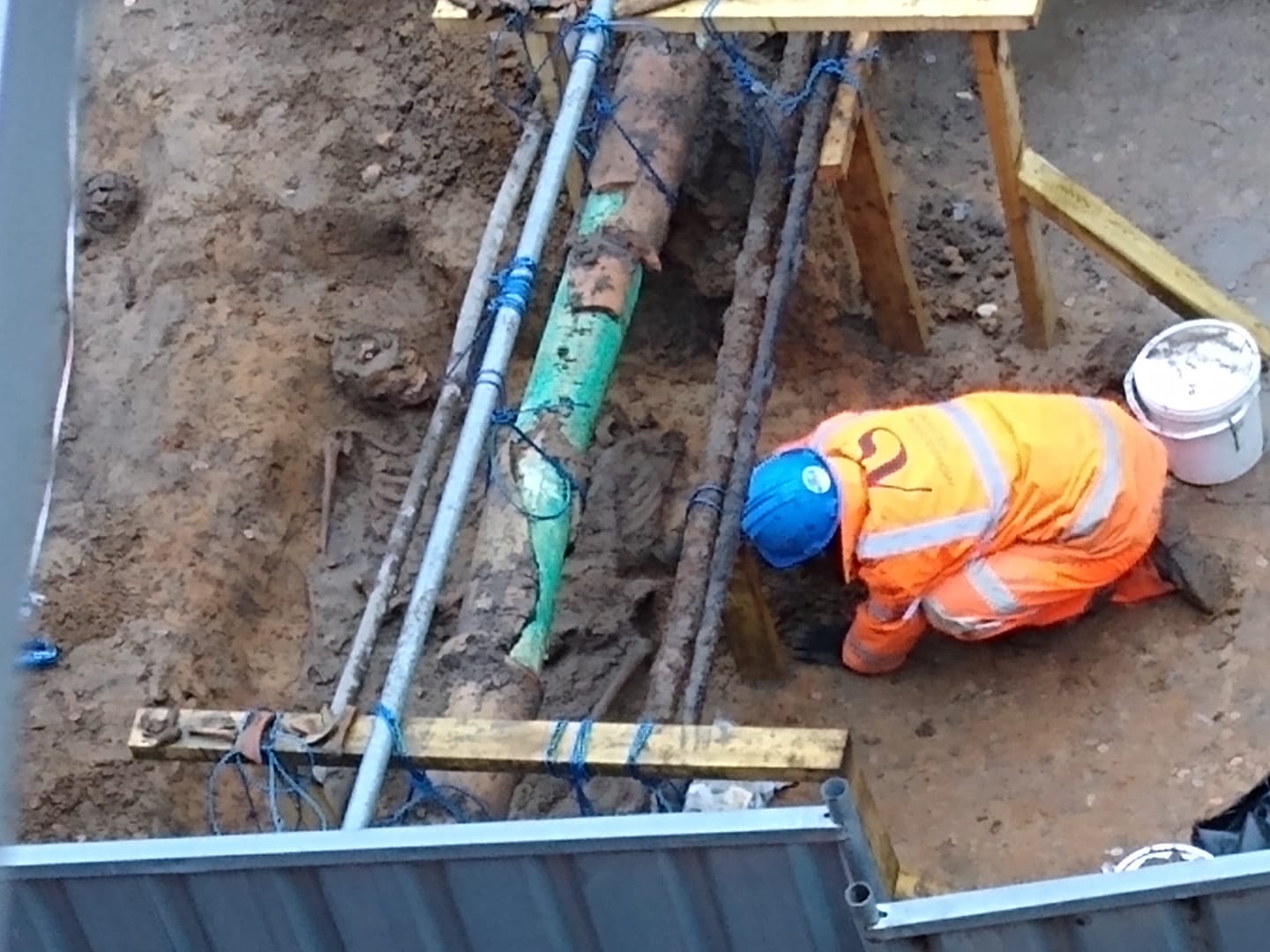 Builders made the shocking discovery at the Tombland siteCredit: Clare Wilsea 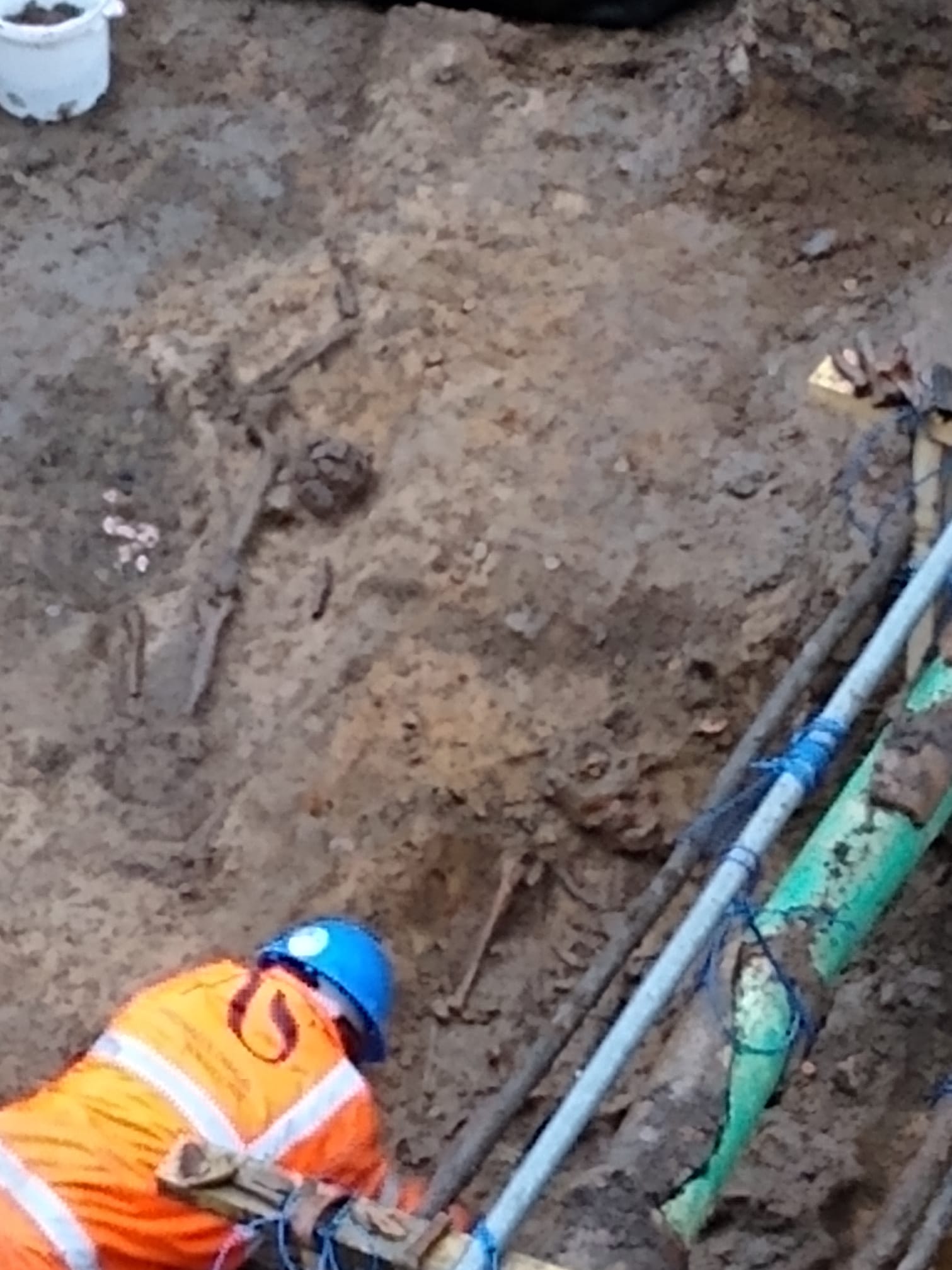 Workmen first unearthed a skull on Tuesday before calling in archaeologists – who ultimately found six skeletons at the Tombland site.

The experts are now working to find out just how old the remains could be – with suggestions they could date back to medieval times.

A spokesperson for Norfolk County Council said: “Excavations being carried out as part of the current Tombland improvement works uncovered a skull on Tuesday afternoon.

“Given the historical significance of the area archaeologists are already present on site for all works of this nature.

“Construction has been able to resume and archaeologists will continue to be present for any further excavation works required.”

The skeletons will now be removed and examined.

Tombland was once the main market area of Norwich before it was shifted by the castle by the Normans.

While the name Tombland may sound sinister, it is from an Old English word derived from Danish meaning “empty space”.

A full investigation will now take place, although locals have been told to avoid the area to ensure their safety.

A council spokesperson added: “The date of the skeletons has not yet been determined and further analysis will need to be carried out but a full archaeological report will be published on the city council’s website on completion of works in line with planning policy.

“Given the current situation with the pandemic members of the public are asked not to visit the area to ensure site safety.” 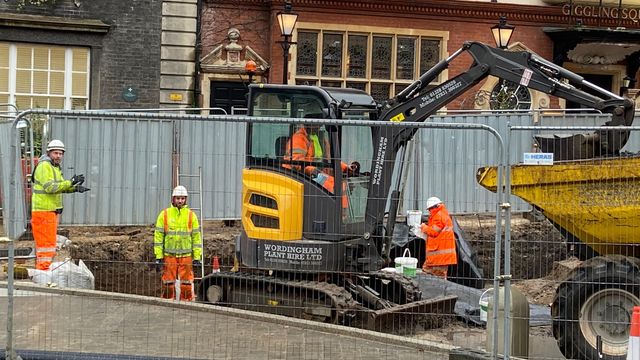 The skeletons will be removed and examinedCredit: Archant 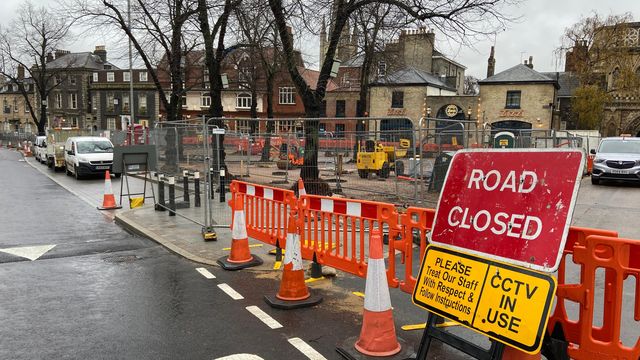 The public has been warned to avoid the area as works continueCredit: Archant