BRITS painted the nation red on Friday as they enjoyed a balmy and booze-fuelled knees up following yesterday’s 35C roaster.

As night fell, revellers descended on towns and cities up and down the land to quench their thirst and let loose following a sweltering few days.

Three ladies strike a pose in Leeds as they enjoy a knees up following Friday’s scorcherCredit: NB PRESS LTD 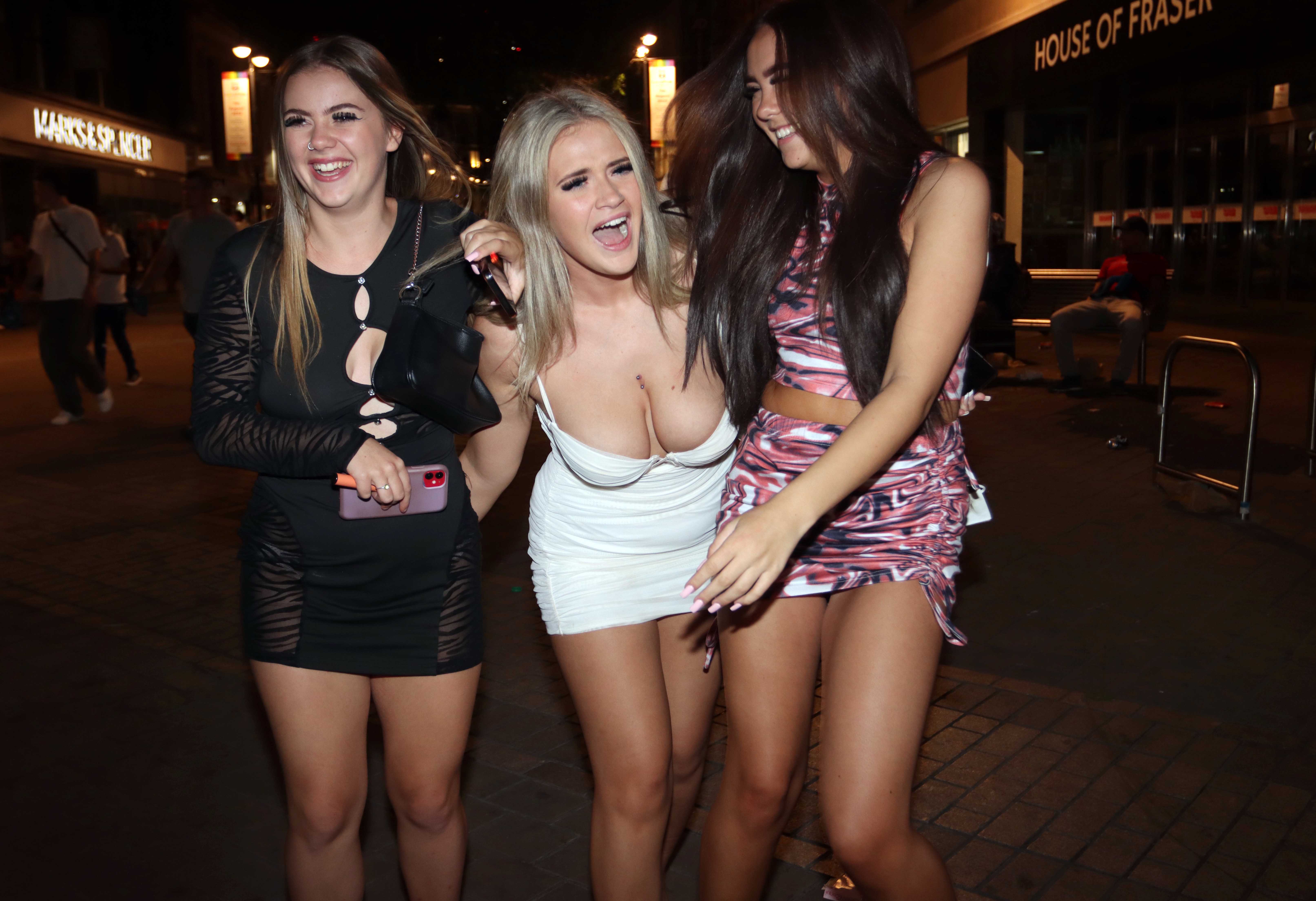 Pals have a giggle as they tear up the town in a balmy LeedsCredit: NB PRESS LTD 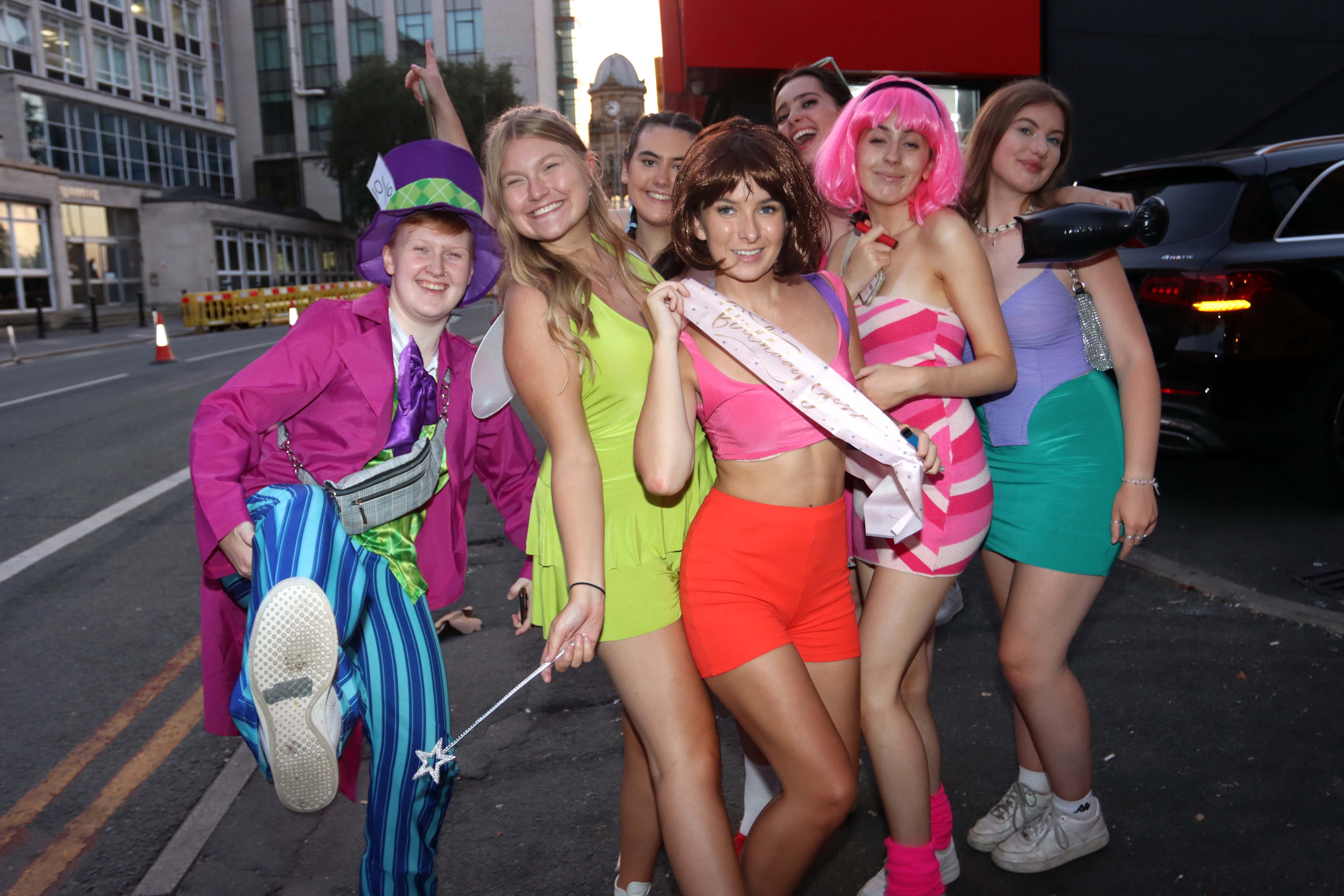 Youngsters don wings and wands as they kick off a sweltering night out in Leeds, West YorkshireCredit: NB PRESS LTD

Partygoers in Leeds were undeterred by the heat as they stripped down to shorts and summer dresses to keep cool under the Yorkshire skies.

And one group of ladies were seen getting into the spirit of the good weather as they strolled along donning Hawaiian flower Lei’s and sunglasses.

Meanwhile others were spotted striking a pose as they appeared a tad hot and flustered in West Yorkshire’s party capital.

One group of pals felt fairy confident in their outfits as they channelled their inner magic in wings, wands and bright dresses. 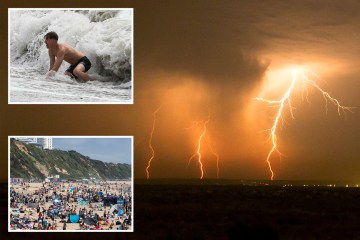 And two ladies were spotted acting a bit shady as they donned sunglasses and black outfits for their session on the lash.

It comes as Britain’s four-day 35C plume is set to linger through Saturday and into the start of Sunday.

A four-day amber alert for extreme heat from the Met Office is currently in place for much of England and Wales until tomorrow, with warnings of health impacts and disruption to travel.

A drought has also been declared as the government formally announced eight areas of the country are experiencing a prolonged water shortage.

The Department for Environment, Food and Rural Affairs later declared the most affected areas of England – the South West, parts of southern and central, and the East – are to be moved into drought status.

Yorkshire and the West Midlands are expected to be moved into the drought category later this month.

It follows the driest July for 87 years with Britain’s scorched landscape seeing barely any rainfall in weeks.

The Environment Agency (EA) and water companies are expected to implement further plans to manage the impact of low water levels, which may include further hosepipe bans – though they insist supplies are safe.

But it the dry weather is set to come to a dramatic and soggy end come Monday as flash floods and blackouts are expected to douse Britain, the Met Office has warned.

There will even be a risk of intense thundery downpours soaking the nation.

A yellow weather warning for thunderstorms has been issued for next week, with forecasters warning some parts of the country will see 50mm of rain in three hours.

Others will see “intense thunderstorms,” hail and frequent lightning.

Met Office Deputy Chief Meteorologist, Jason Kelly, said: “The current hot weather will make way for a thundery breakdown from the west, which will spread south and east in the early part of next week.

“Ahead of this, isolated but intense thunderstorms are possible Sunday and Monday.

He added: “Hail and frequent lightning are also possible as part of these downpours and represents an additional hazard.

“We’re continuing to monitor how these thundery showers develop on Tuesday and Wednesday next week.

“There’s a chance of some quite intense downpours at times for some areas and we’re refining the likely location of these in the coming days.” 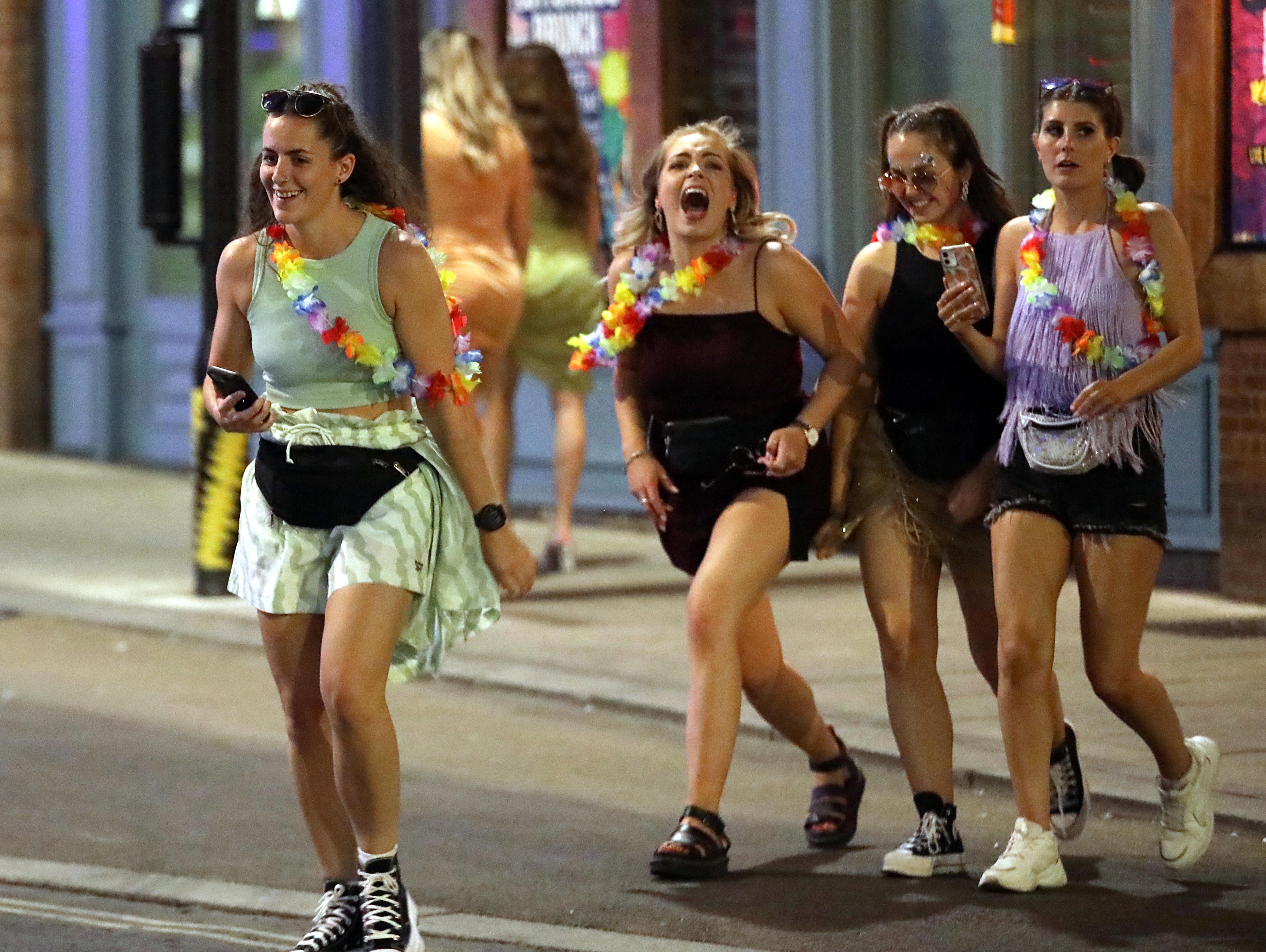 One group of ladies were seen getting into the spirit of the good weather as they strolled along donning Hawaiian flower Lei’s and sunglassesCredit: NB PRESS LTD 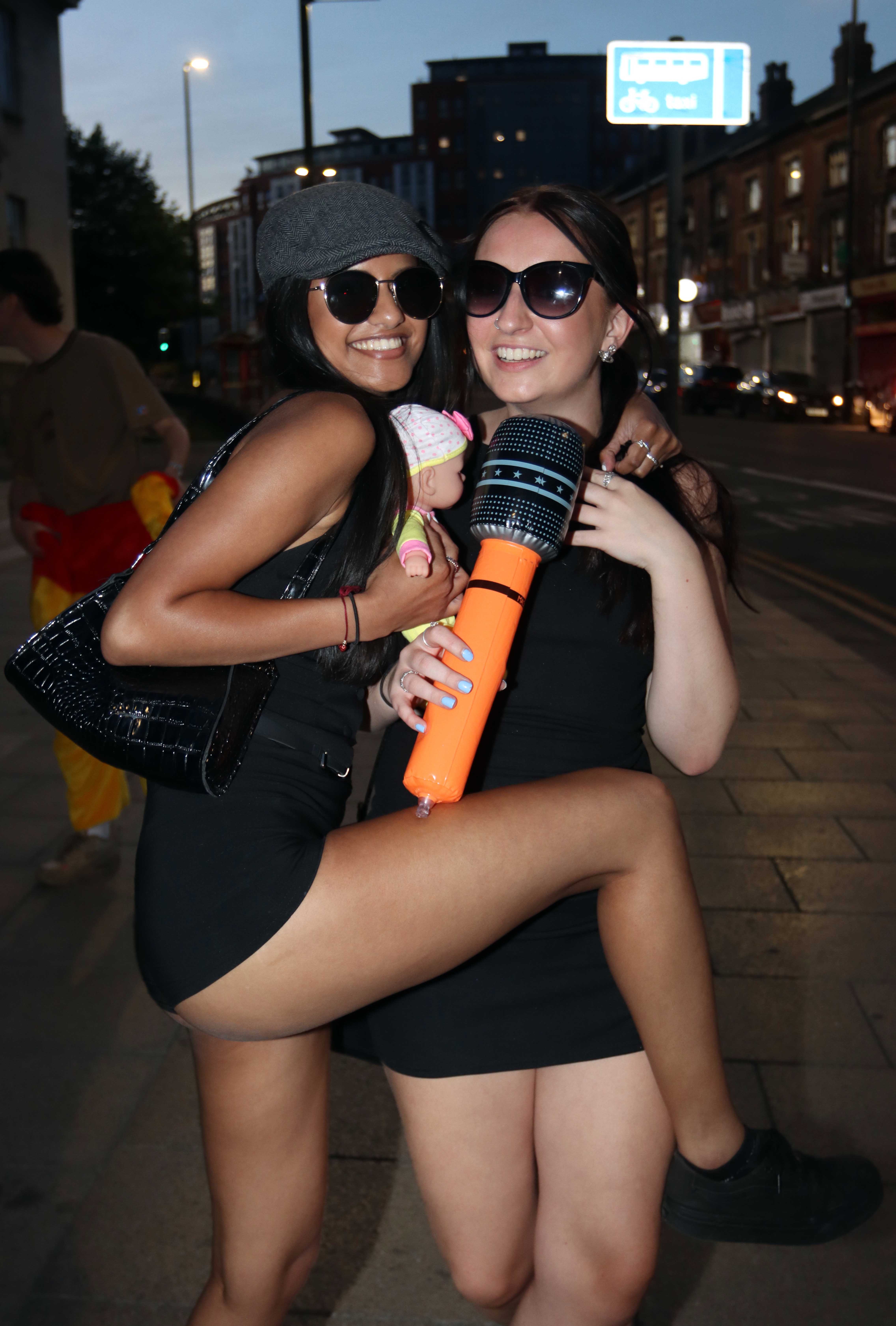 Two pals act shady as they don sunglasses and black outfits for their session on the lash in LeedsCredit: NB PRESS LTD 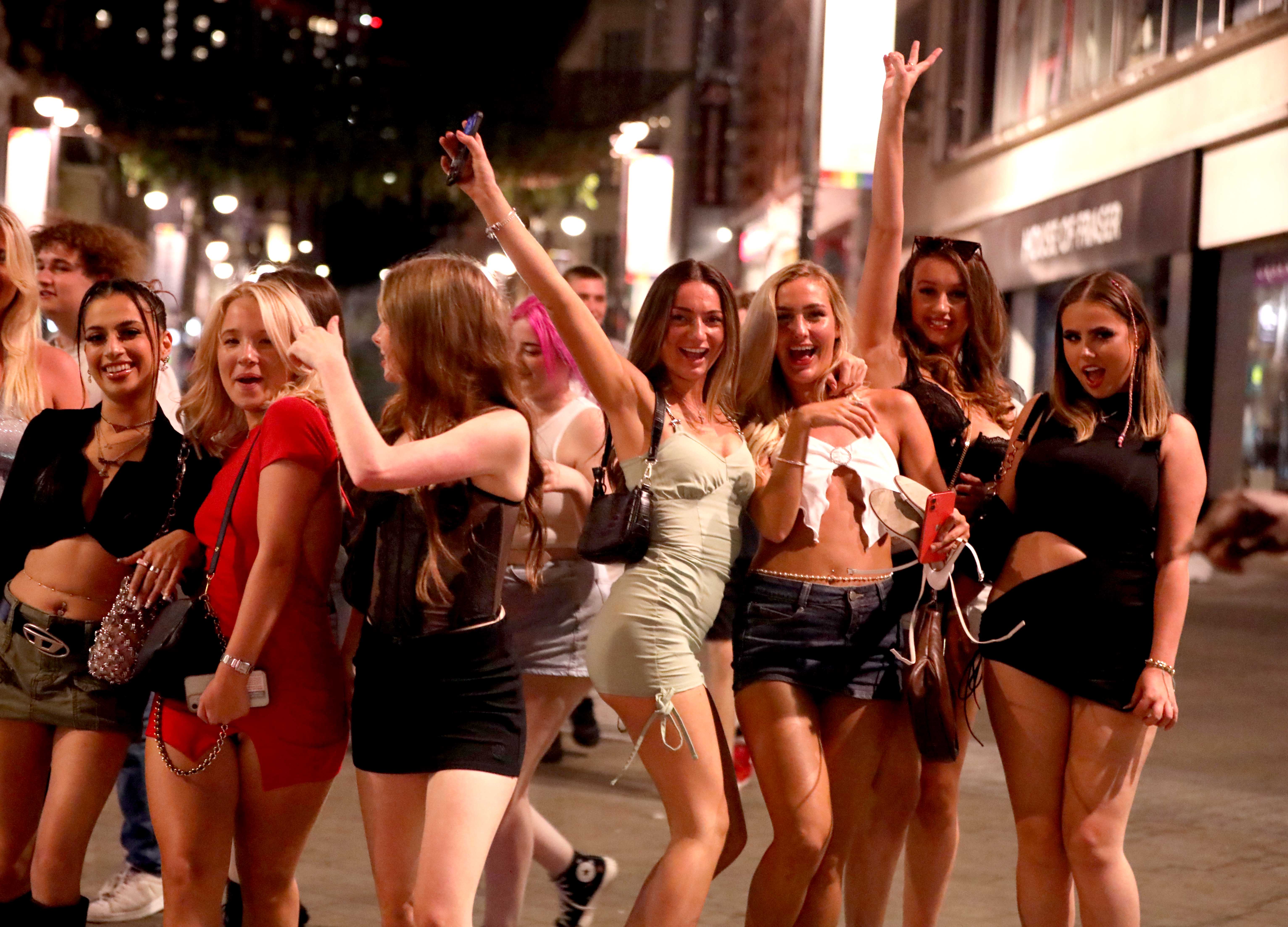 This group of ladies couldn’t contain their joy as they revelled in the baking heat in Leeds on FridayCredit: NB PRESS LTD 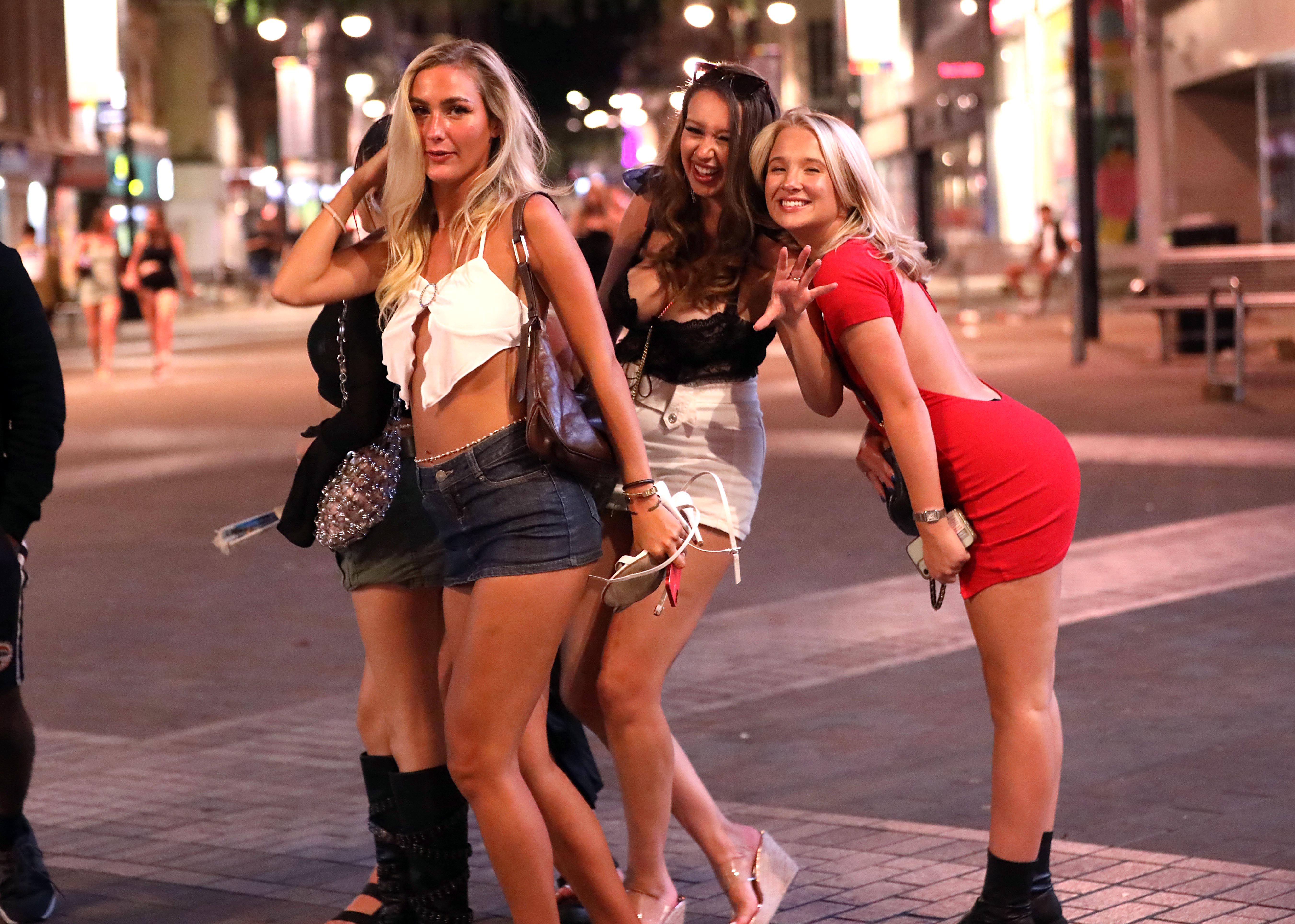 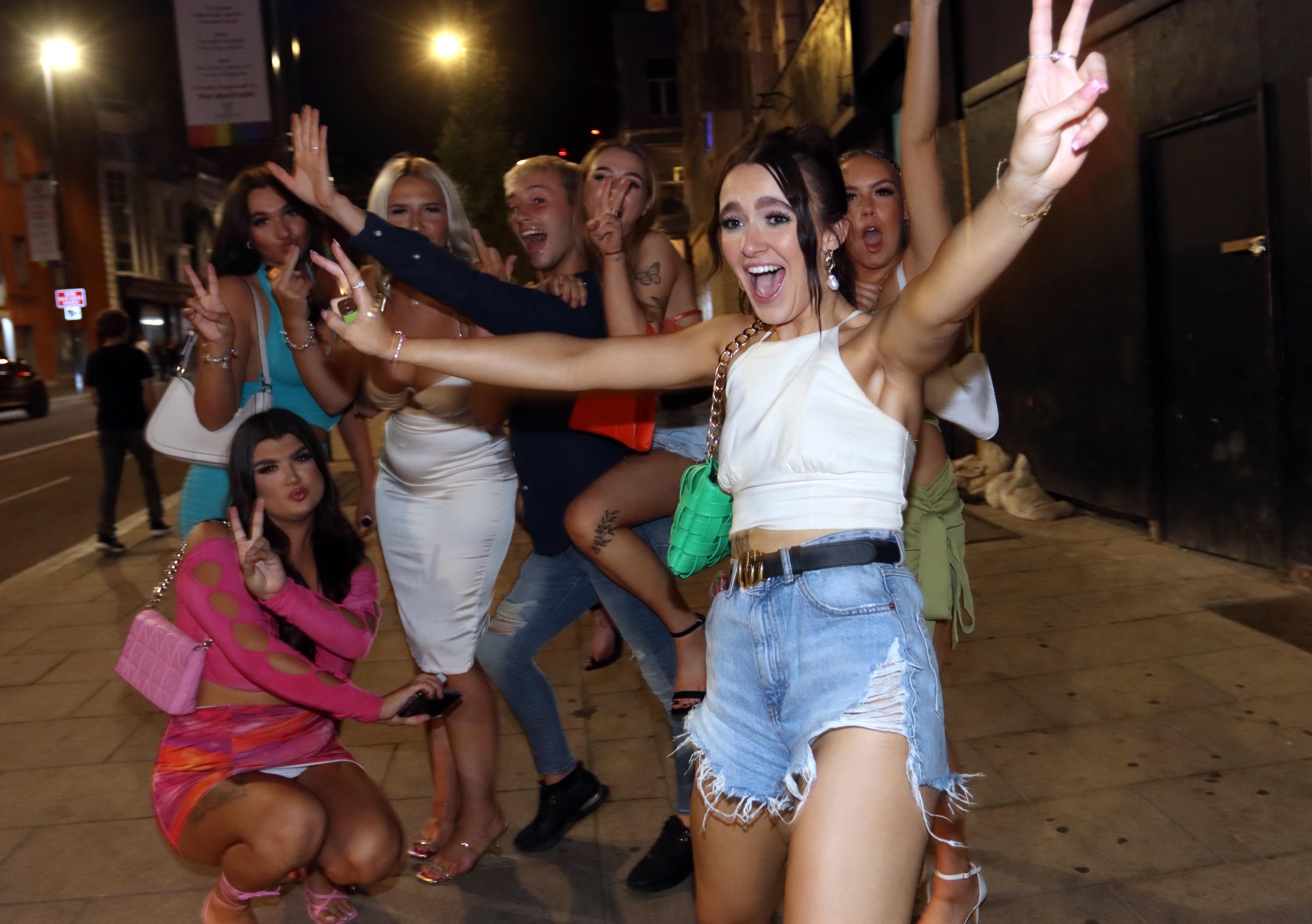 Pals are all about the peace as they enjoy a less-than-peaceful night out in LeedsCredit: NB PRESS LTD