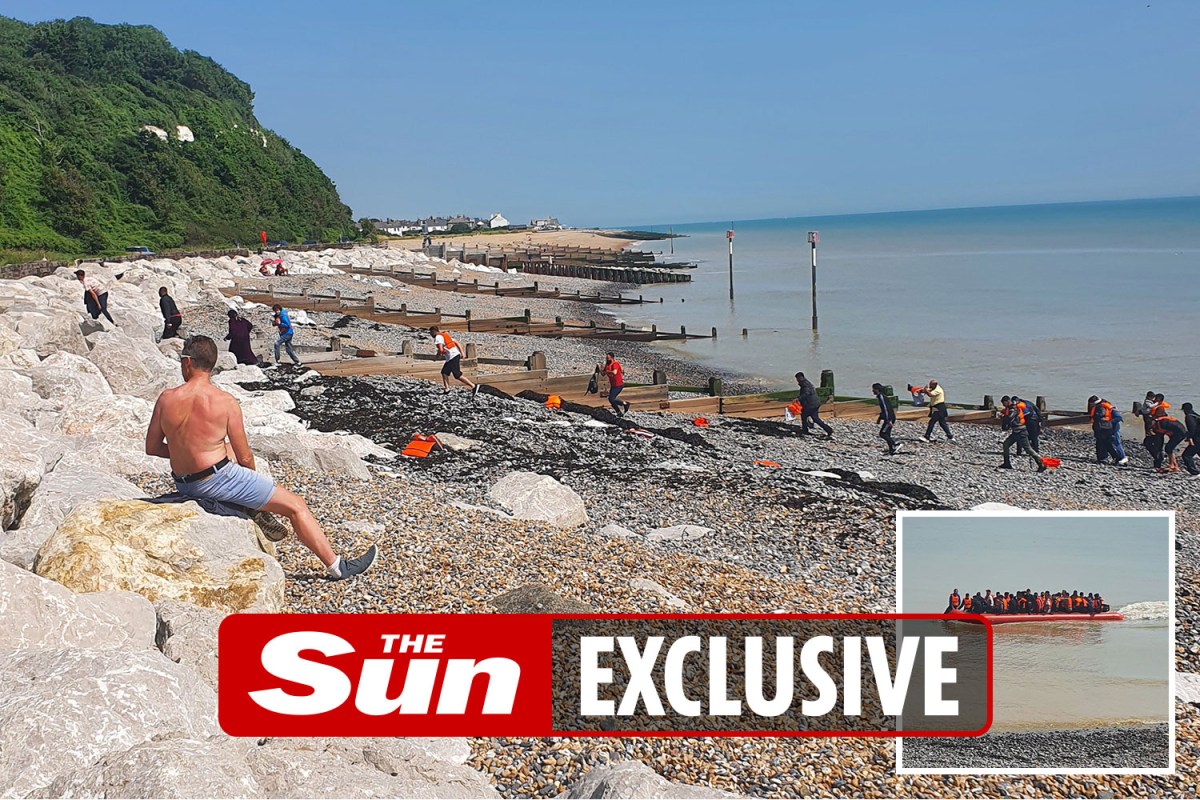 SUNBATHING Brits were left shocked this morning when a boat of 30 migrants landed on a beach and then all quickly ran off.

Footage shows them fleeing the boat, which arrived at Oldstairs Bay, Kingsdown, Kent, and then run “all over the place in every direction”.

Migrants stormed a beach in Kent in front of shocked sunbathersCredit: The Sun 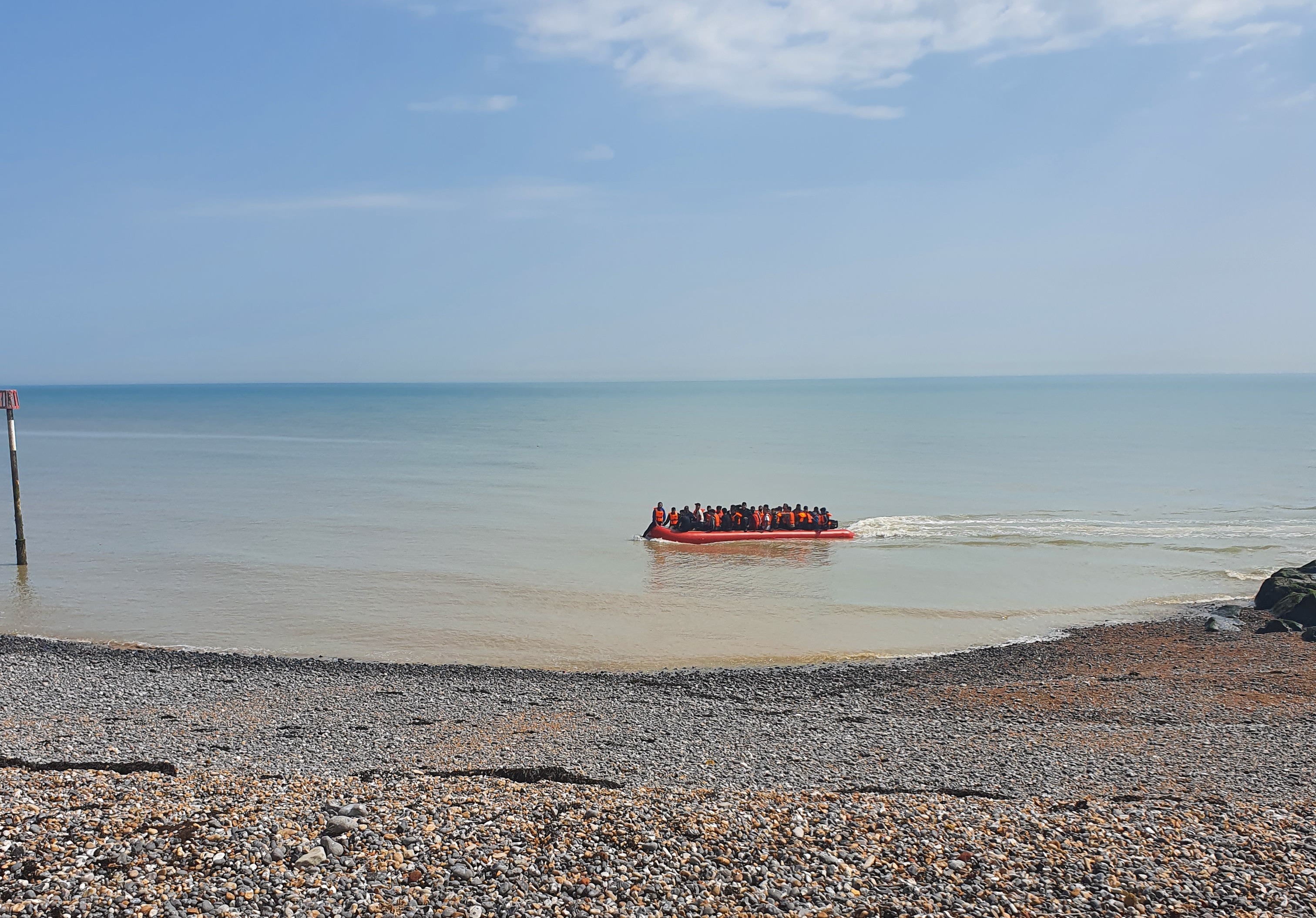 They arrived in a boat at Oldstairs Bay, KingsdownCredit: The Sun

It is the latest migrant boat to arrive after crossing the Channel, but this one managed to land directly on the beach rather than be picked up by Border Force patrols in the water.

Within seconds they fled in front of stunned locals and tourists who were sunbathing at 11am.

Conditions for them to arrive were perfect as the water was calm and the visibility good and clear.

One woman who witnessed the incident told The Sun: “It was unbelievable.

“They managed to get on land and then just ran all over the place in every direction.

“They looked like they’d won the lottery. They were very pleased.

“Some went down a footpath, others into the town in different directions, a group went up a hill and another towards the opposite end of town.

“One minute I was relaxing and sunbathing and then the boat arrived. It was huge.

“It only took them a few seconds and they were gone.

“I’ve never seen anything like it before in my life. I only came down here for a bit of sun. It’s a lovely little spot.

“I was just topping up my tan and then this happened. It was a real shock.”

She said other locals started filming and within five minutes a police car had arrived but none of them were still there.

She added: “They were well gone by then. I doubt they’ll find them.”

We know there’s a lot of migrants arriving every day but this was so brazen. I’ve never seen them just arriving and run everywhere.

She added: “That was a bit odd. Some of the locals were asking them what was happening.

“We know there’s a lot of migrants arriving every day but this was so brazen.

“I’m not sure how this problem will ever really get tackled.”

Migrant boat crossings have dramatically increased this year and in recent weeks they have been arriving in larger boats.

In total, 241 made it across in eight boats on Sunday. 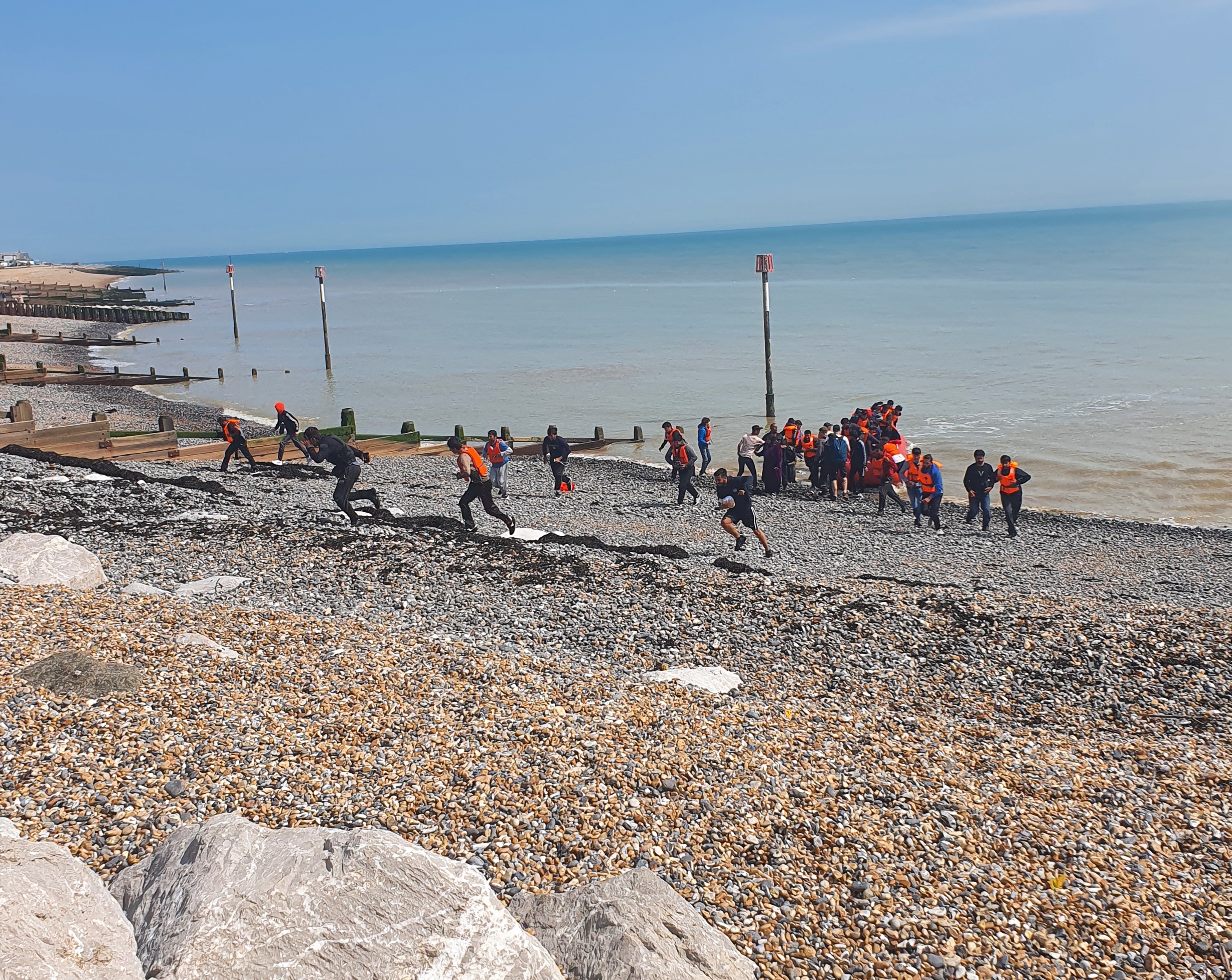 A witness said the migrants ran ‘all over the place in every direction’Credit: The Sun 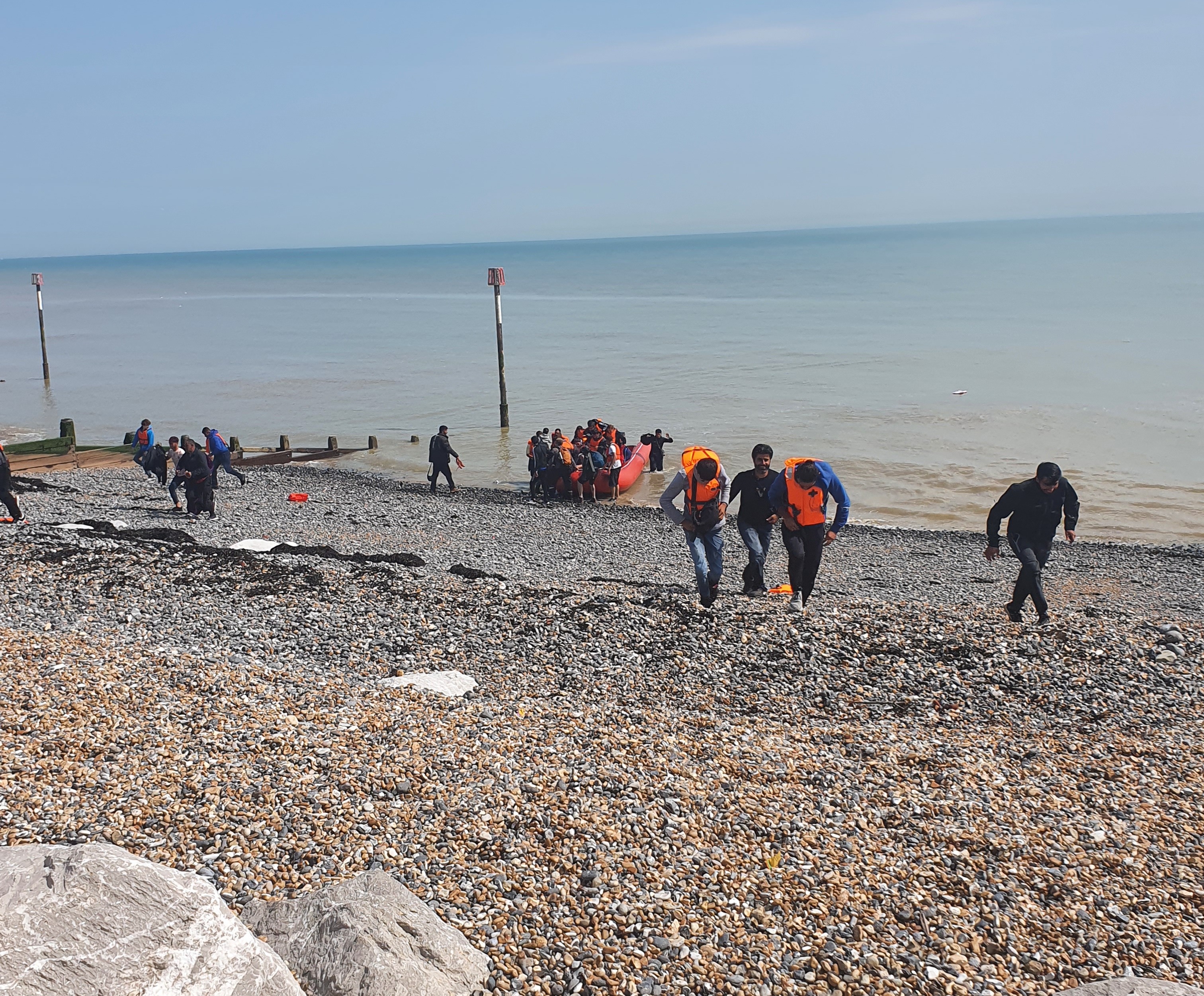 They had all left the beach by the time police arrivedCredit: The Sun

Video: the new military-style super dinghies being deployed by people smugglers in the English Channel