A FAIRGROUND ride collapse which left kids covered in blood has been blamed on teenagers misusing equipment.

Six people, including three children, were taken to hospital after the ride flew out of control at Planet Fun in Northern Ireland. 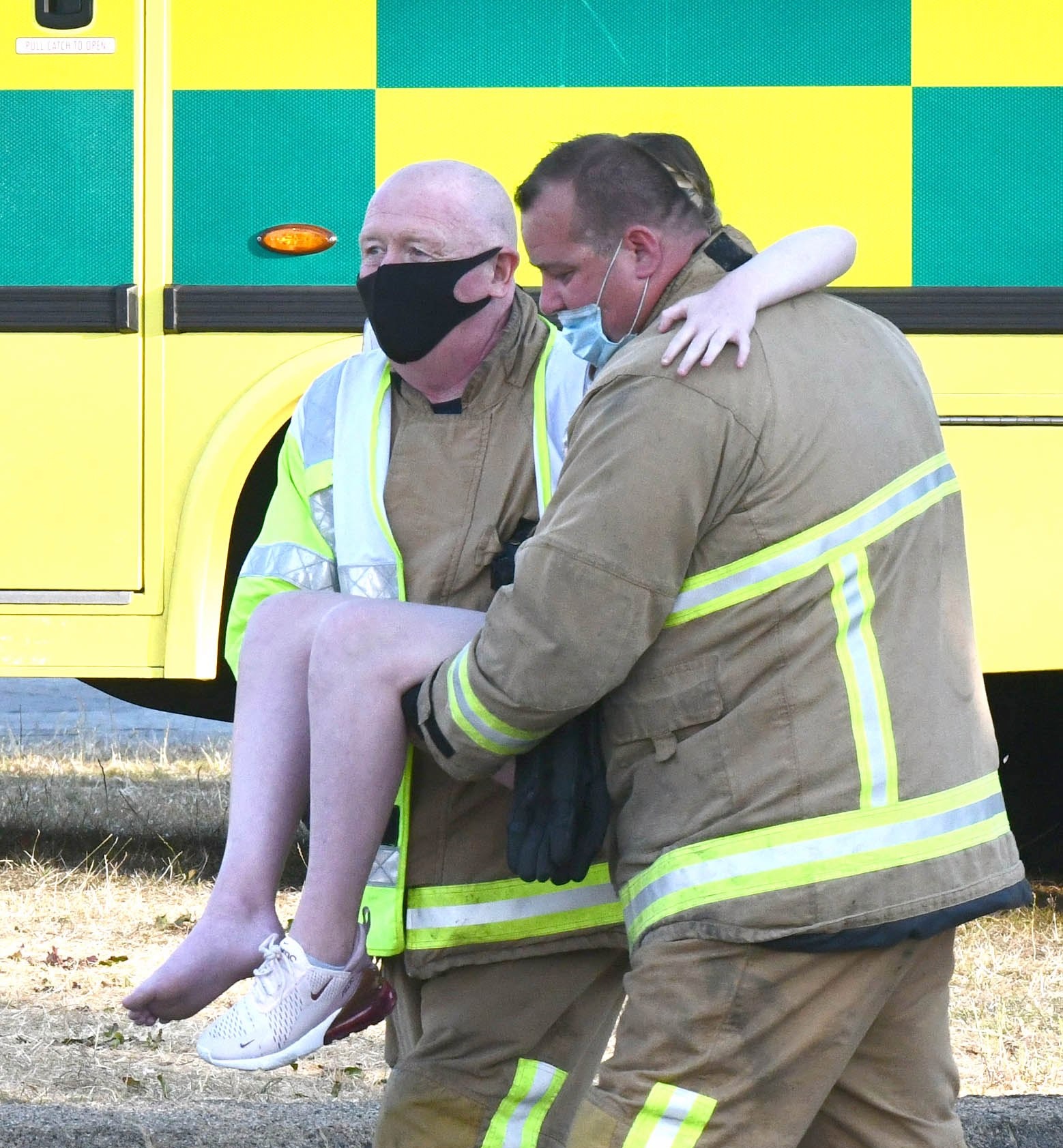 Casualties are still being assessed after a horror funfair accident in CarrickfergusCredit: © Photopress Belfast © 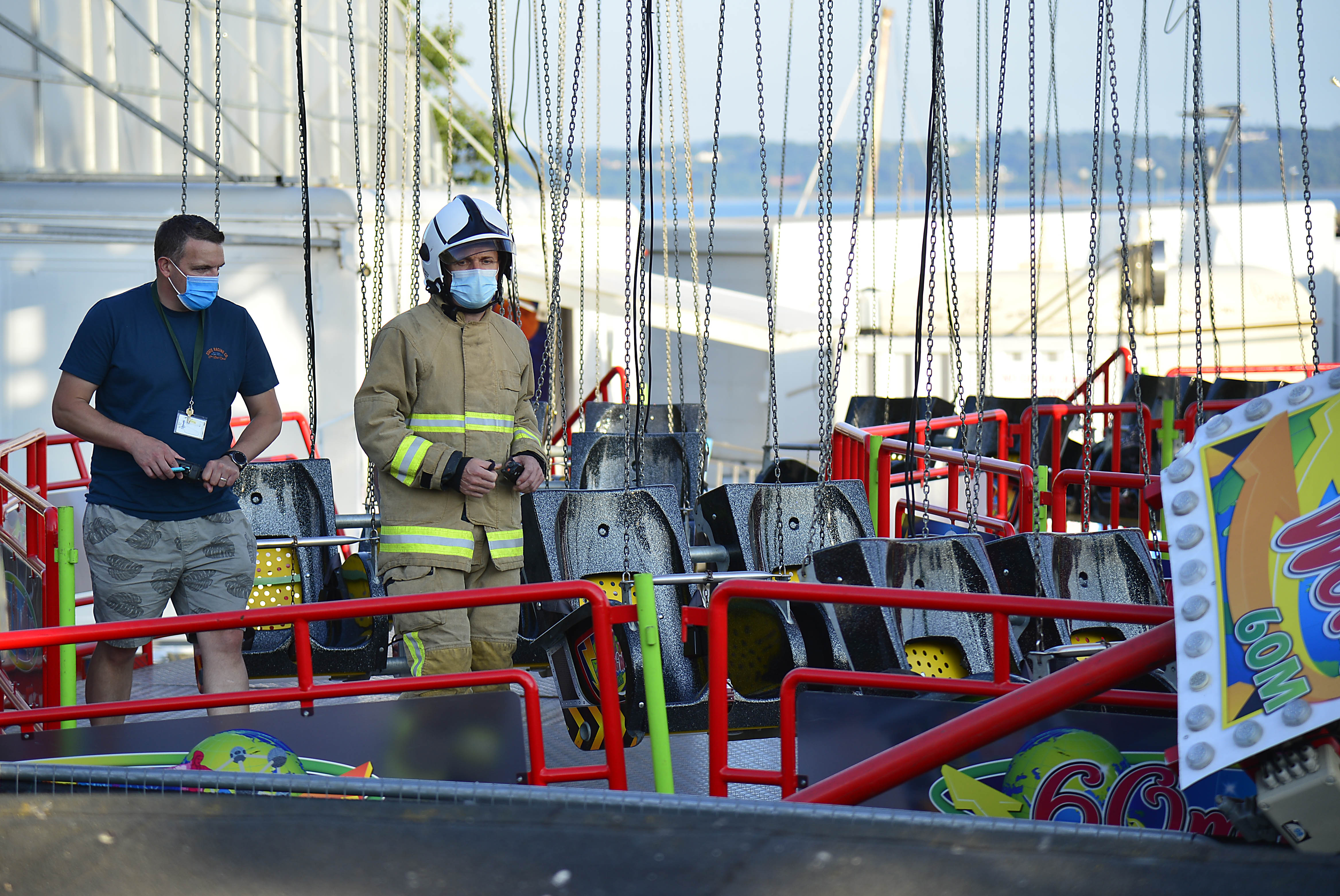 The fire service are in attendence as well as several ambulancesCredit: Pacemaker

Witnesses have told how they are “traumatised” after young children were pulled from the Star Flyer swing ride covered in blood while pieces of metal were launched into the air.

Planet Fun has now said the equipment was not faulty and the funfair will reopen to the public, as the Police Service of Northern Ireland investigates the incident.

“The incident tonight was caused by misuse of equipment by the behaviour of several teenagers on the attraction and is to be further investigated by the PSNI,” said the operator.

“The swift actions by our staff to terminate the ride prevented further injuries.

“Following a preliminary investigation by the Health & Safety Executive (HSE), Planet Fun have been cleared to reopen and it is confirmed the equipment has not got any mechanical defects.

“We will however be keeping the Star Flyer closed pending further safety checks and investigation.

“At this time we cannot comment any further on the incident but would extend our thoughts and best wishes to the people who were injured.”

Cassie Flemming, 23, from West Belfast had been at the funfair in Carrickfergus on a day out with her uncles, aunts and two young brothers.

She saw the horror incident unfold just after she had been on the ride with her eight-year-old brother.

She told The Sun: “My youngest brother and I had just gotten off that ride. When we were on it it was fine, there were no problems.

“We were just standing in front of it when the other people got on – the next minute the ride just malfunctioned.

“Instead of going straight up to its full height it only went up around two metres.

“So when it started swinging it started hitting all of the stands and lights that surrounded it.

“People were hitting off all of the metal stands around it and then people started getting swung all around each other.

“The swings were all held by lines and they all snapped so everybody was just screaming. It was horrific.”

As staff scrambled to stop the ride Cassie bravely ran to aid its passengers.

She explained: “The man who was running the ride started running by us trying to stop itand I jumped over and tried to grab some of the swings to try and stop them from trying to bump into other people.

“There were wee tots on them, maybe only six or seven years old.

“They were terrified. They finally got the ride to stop but the steps going up to the ride were flying all over and I had to run and get my little brothers out the way because there was debris flying from it – metal, everything, you name it, it was flying from it.

“Then everyone ran to the exit but there were people blocking the exit because everyone wanted their money back so we were stuck and we saw everything.

“There was a little girl, I think she was with her big brother and he had to carry her off. Her leg was bleeding really, really, badly like profusely from her thigh. 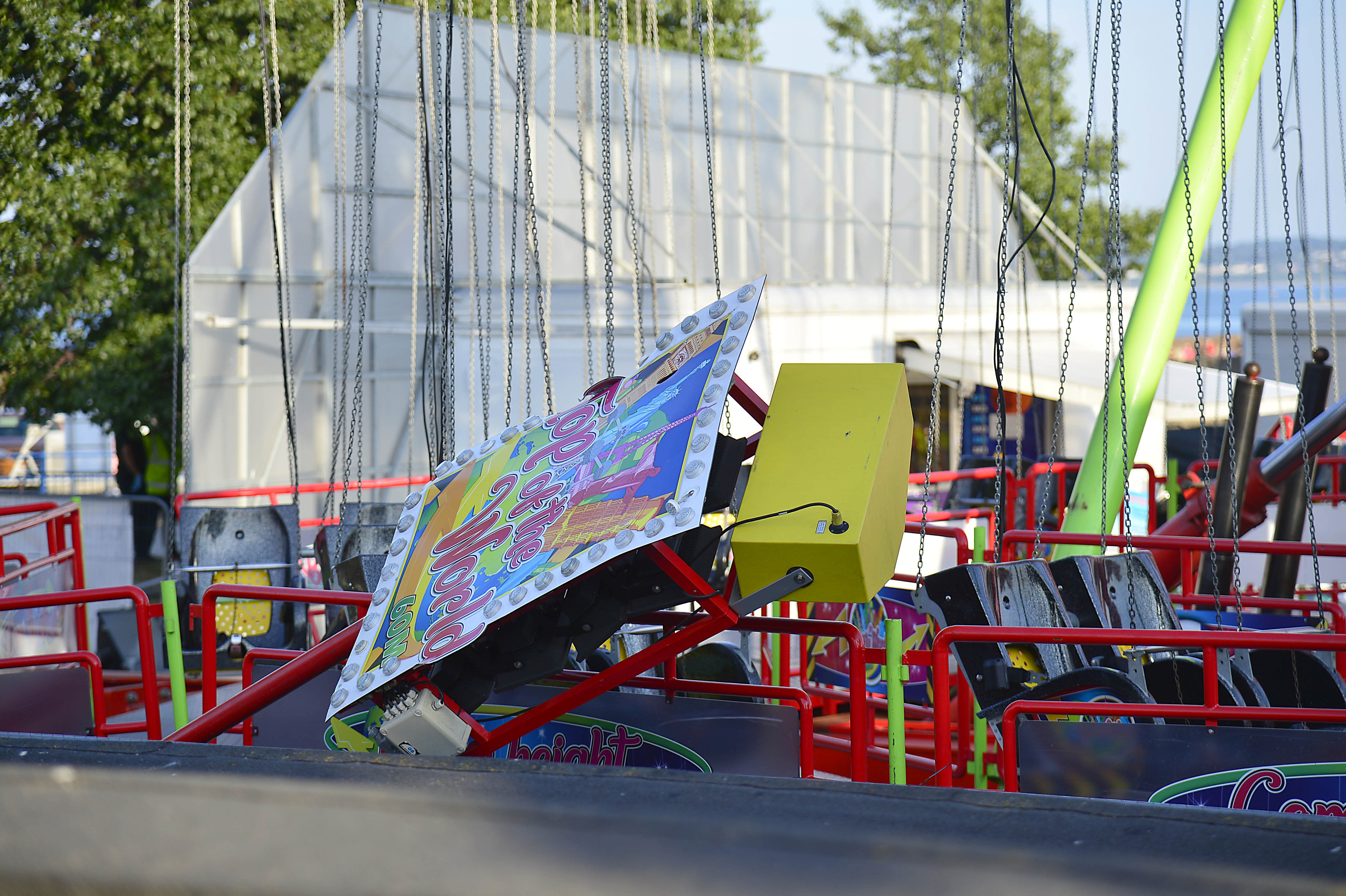 Three children have been taken to hospitalCredit: Pacemaker 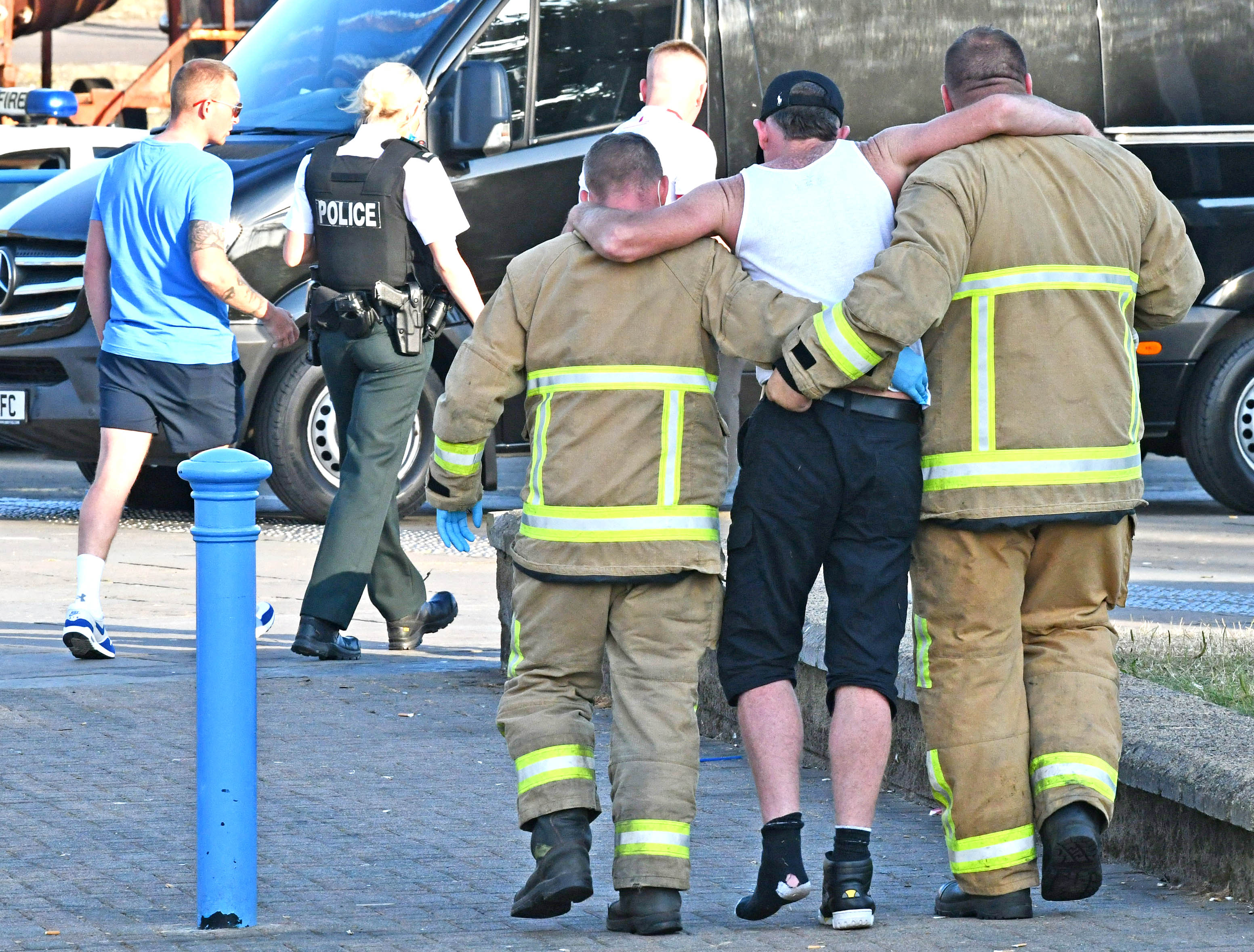 “There was a man holding his neck – he had complete whiplash. He had to be lifted out of the seat.

“There was a young girl, maybe about nine, she had a panic attack and not one person was helping her off it so I went over to try and get her off it and I was shouting for a man or someone to get her off it because I wasn’t able to lift her.

“We finally got her off it but it was absolutely the scariest thing I’ve ever experienced in my life.”

Including the three children six people have been taken to hospital but it’s understood that the injuries are not life threatening.

Cassie continued: “The staff didn’t know what to do. Everyone was shouting for medical help.

“You would think there would be staff that were medically trained but no one knew anything. It was honestly horrific.

“They were shouting at us to get out but the entrances were blocked with people.

“It was the worst experience I’ve ever seen, witnessed, experienced in my entire life.

“I’m just thankful to god that I wasn’t on that ride. My family and I are all traumatised.

“Honestly the kids’ legs could have all been chopped off because the metal things broke in half and then the way they were hanging and the way that they swung.”

Another passenger told the BBC the incident was a “terrifying experience”.