A 19-year-old man was pulled from the water by St Annes Pier in Lancashire shortly before 7.30pm on Friday (Picture: Getty)

At least 26 people have now died after getting into difficulties while swimming in open water during this week’s heatwave.

A 19-year-old man was pulled from the water by St Annes Pier in Lancashire shortly before 7.30pm on Friday, but died shortly after being rushed to hospital.

It followed the death hours earlier of a 16-year-old boy who drowned while swimming in Loch Lomond.

And this morning, the body of a man reported to have got into difficulty while in the water more than a week ago was found in the Lake District.

Police said a member of the public made the discovery near Cinderdale car park at Crummock Water in Cumbria at about 9am on Saturday.

In a statement, Cumbria Police said: ‘The man’s family have been made aware of the developments.

‘No formal identification has yet taken place.’

Lancashire Constabulary said in a statement emergency services including the coastguard were called to St Annes Pier in Lancashire about 7.20pm on Friday to reports of a person drowning in the Ribble Estuary.

The 19-year-old was rescued from the water and taken to Blackpool Victoria Hospital, but unfortunately died a short time later. 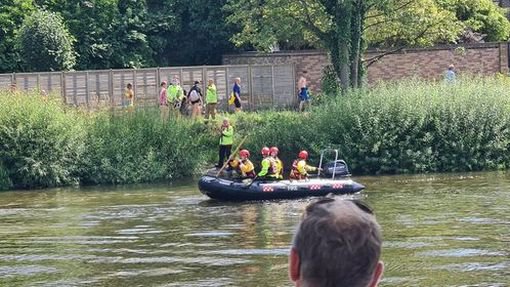 Emergency services searching for a boy who went missing while swimming in the River Dee in Chester (Picture: CheshireLive/MEN)

It followed the death earlier in the day of 16-year-old Connor Markward, from Glasgow, after he got into difficulty swimming in Loch Lomond.

A search operation was launched at Balloch Country Park after a report of concern for a person in the water at around 5.55pm on Friday.

Police said a male youth was recovered from the water and was pronounced dead at the scene.

As temperatures soared this week charities issued warnings about the dangers of open water, with the Royal Life Saving Society UK (RLSS UK) saying it was aware of more than a dozen incidents of accidental loss of life in the water between July 17 and July 20.

Predicted thunderstorms are likely to keep most people out of the water over the weekend.

Earlier, Tyson Fury was among those to pay tribute to a young boxer who died while swimming in a river.

Frank Varey, 16, was reported missing at about 2.30pm on Thursday after he disappeared while in the River Dee in Chester, a spokeswoman for Cheshire Police said.

Extensive searches were carried out and a body was recovered shortly before 8pm. 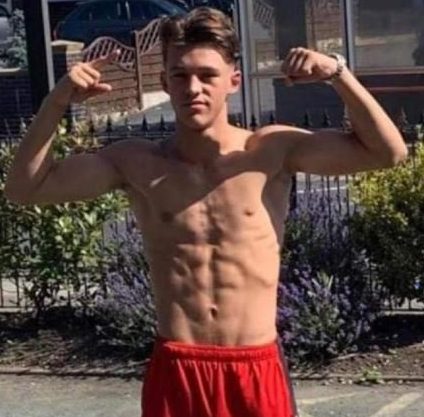 In a statement released by police, his parents, brothers and sister said: ‘We are devastated beyond words, Frank was a legend in the boxing world and in life.

‘May our Young King live on forever.’

Professional world heavyweight champion Fury posted a message on Instagram which said: ‘RIP Frank. Was a future world champ. May God be with your family.’

Cheshire Police’s Superintendent Myra Ball said: ‘Sadly this is the second river death that we have seen this week in the county.

‘This appears to be another tragic accident and our thoughts are with the boy’s family at this very difficult time.’