A THUG who disguised himself as an Amazon delivery driver to launch a savage attack on a man with a sawn-off shotgun has been jailed.

Vicente Forde, 32, donned a high-vis jacket and clutched an empty Amazon box while waiting at his victim’s door, before pulling a loaded shotgun from his jacket.

Vincent Forde, 32, has been jailed for six years and nine monthsCredit: SWNS 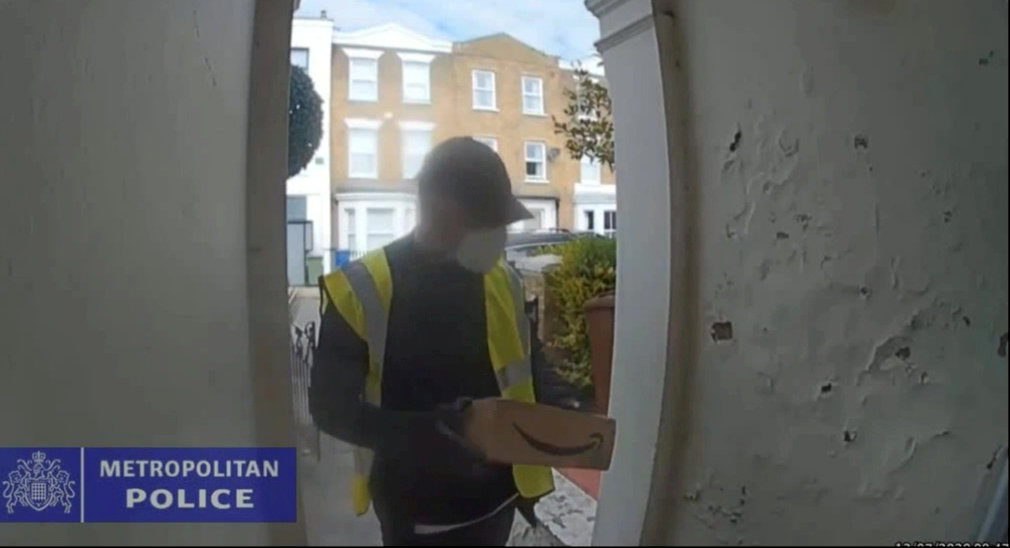 He posed as an Amazon delivery driver to trick his victim into opening the doorCredit: SWNS 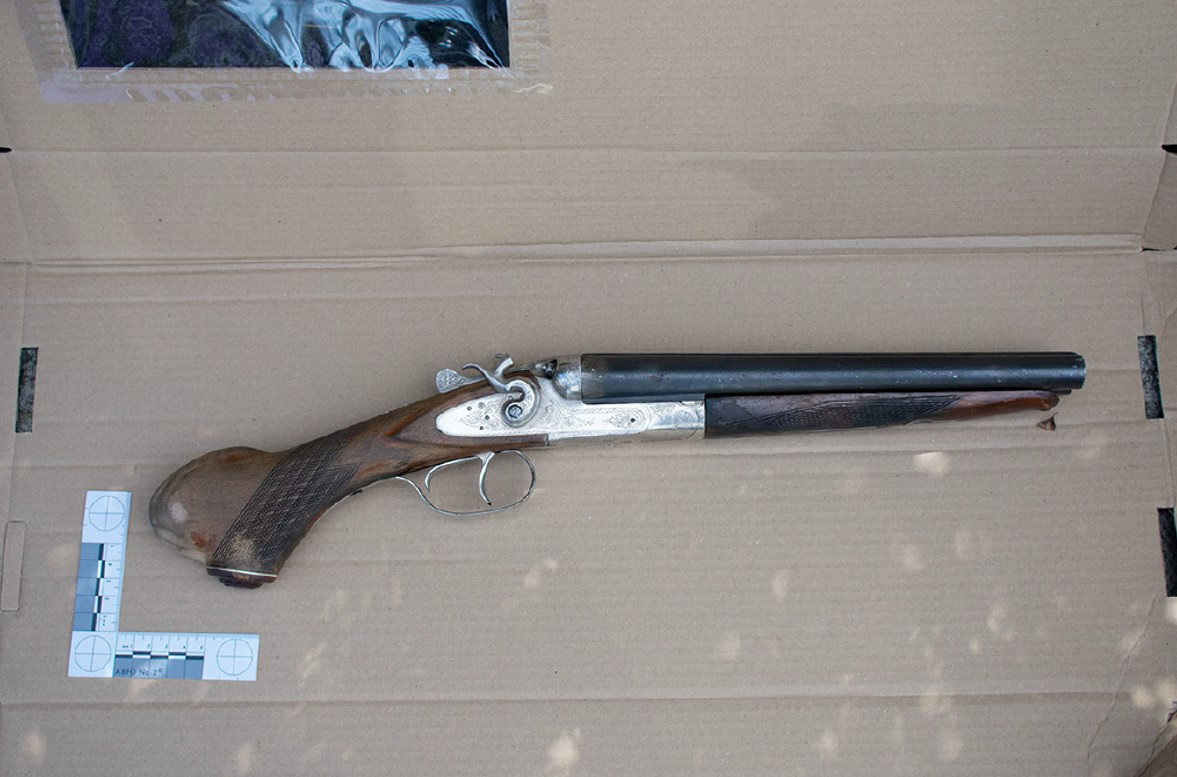 His quick thinking victim – who was at home with his young daughter and on the phone to a pal at the time – heroically tackled Forde down his pathway.

Shocking footage shows the two men grapple with one another as the victim, dressed in a blue t-shirt and shorts, is kicked and punched by Forde.

Forde shouted at the victim to let go of the firearm or he would be stabbed – but the man was able to prise the shotgun from his hands and toss it under a nearby car.

Members of the public, including some builders working nearby, heard the commotion and came to the victim’s aid before restraining Forde.

Police raced to the scene after receiving reports of a man with a firearm at 9.30am on July 13 last year in East Dulwich, south London.

Forde was arrested and hauled into custody while his victim was taken to a nearby hospital for treatment for bruising and a broken nose.

The shotgun was seized, where police found it to be viable and loaded with two live cartridges.

Vicente Forde’s sentencing has removed him from the streets for a substantial amount of time, and I’ve no doubt that London will be all the safer for it.

The 32-year-old pleaded guilty to possession of a firearm with intent to cause fear of violence at Croydon Crown Court.

Forde was jailed for six years and nine months at the same court today after the horrifying attack.

Detective Constable Imran Hansraj, of the Met’s Specialist Crime Command, said: “Vicente Forde’s sentencing has removed him from the streets for a substantial amount of time, and I’ve no doubt that London will be all the safer for it.

“The victim had no idea what was about to unfold when he saw what he thought was a delivery man bringing a parcel to his address.

“He had been home with his young daughter and was going about his business as usual when he was thrust into an incredibly frightening ordeal in which he fought for his life.

“His life was turned upside down in a split second by Forde’s actions, which were wicked and cowardly in the extreme.

“He was disguised and armed with a lethal weapon but the victim displayed incredibly bravery to disarm him.

“He was lucky that a number of members of the public took heed of his cries for help and came to his aid. They too deserve enormous recognition.” 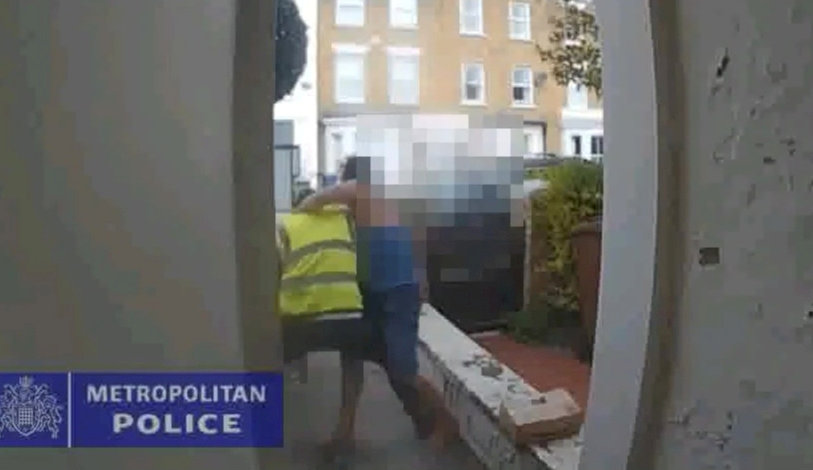 The brave dad fought Forde and managed to prise the shotgun out of his handsCredit: SWNS 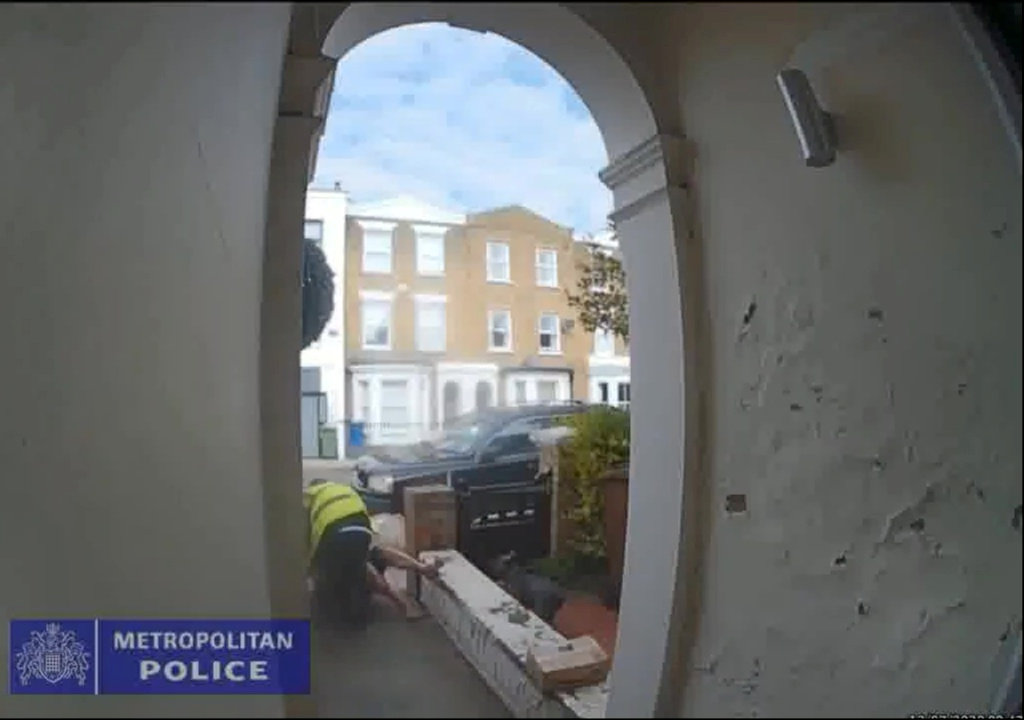 The fight spilled onto the street, gaining the attention of nearby builders who came to the victim’s aidCredit: SWNS