A Tube passenger had a very lucky escape after deciding to take a leak between two moving carriages.

The commuter’s head was crushed on the Piccadilly Line service, but they somehow escaped with their life.

Transport for London confirmed they suffered serious injuries in the incident, which was revealed in its quarterly health and safety report.

It detailed other gruesome ways passengers and staff were injured on the network, including someone riding a Boris bike which ‘collapsed’ when the front wheel came off.

There were also eight falls on staircases, including one woman who died after falling down steps at Walthamstow Central station.

On the London Overground, a visually impaired passenger was seriously injured after falling from the train to the platform. 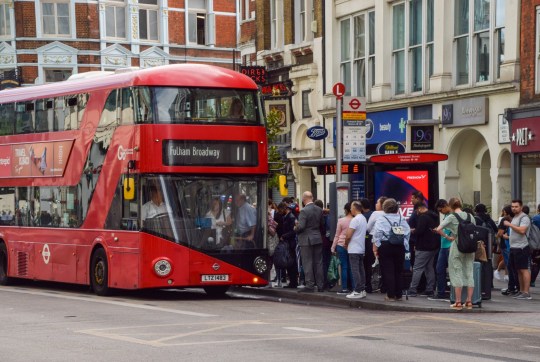 TfL release the reports to better understand health and safety measures across the network (Picture: Rex/Shutterstock)

TfL said they ‘strive to improve the safety’ of the public transport network and are embarking on a new risk-based strategy.

‘First and foremost, we will focus on improving what is within our control.

‘However, we acknowledge that customer incidents will always be influenced by human behaviour.’

There was one death and 43 serious injuries across the capital’s transport network between April and June this year.