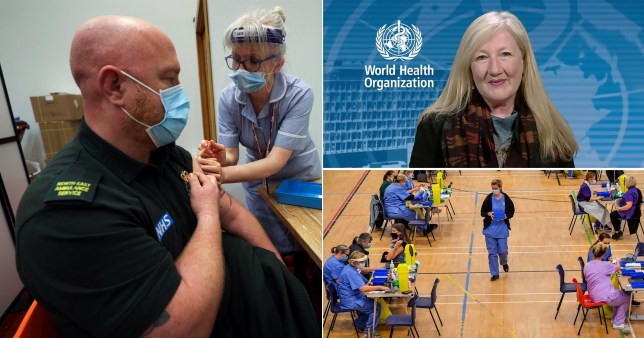 The World Health Organisation has urged the UK and other countries to pause Covid jabs once health workers and vulnerable groups have been vaccinated as it is the ‘morally right thing to do’.

Spokeswoman Margaret Harris has argued that rollout ‘needs to be fair’ across the globe after AstraZeneca production issues spurred a bitter row between Brussels and the UK.

Speaking on BBC Breakfast this morning, she appealed directly to the British public, telling them: ‘You can wait’.

When asked to clarify whether, once the UK has vaccinated its top nine priority groups, it should help efforts elsewhere, Ms Harris replied: ‘We’re asking all countries in those circumstances to do that: hang on, wait for those other groups.

‘We’ll also appeal to all the people of the UK – you can wait.’

She continued: ’We’re asking countries, once you’ve got those groups, please ensure that the supply you’ve got access to is provided for others.

‘There have been a number of very interesting analyses showing that just vaccinating your own country and then sitting there and saying ‘we’re fine’ will not work economically. 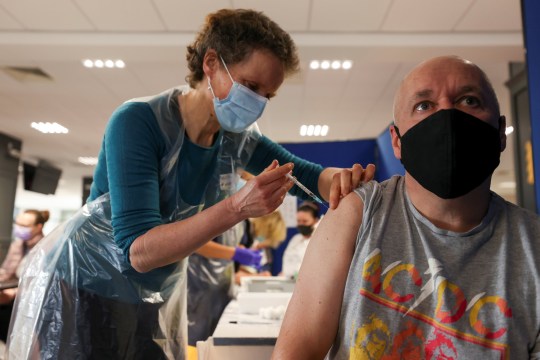 A healthcare worker administers a dose of the Pfizer-BioNTech coronavirus disease (COVID-19) vaccine to a person at the Newcastle Racecourse vaccination centre, in Newcastle upon Tyne (Picture: REUTERS) 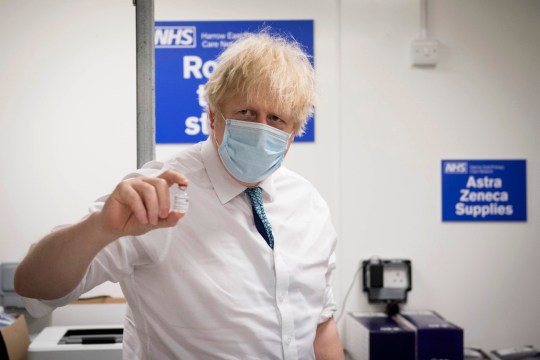 Prime Minister Boris Johnson holds a vial of the Oxford AstraZeneca COVID-19 vaccine, during a visit to Barnet FC’s ground at the Hive, which is being used as a coronavirus vaccination centre, in London (Picture: AP)

‘That phrase ‘no man is an island’ applies economically as well.

‘We in the world, we’re so connected and unless we get all societies working effectively once again, every society will be financially effected.’

Meanwhile, countries on the continent have been struggling to vaccinate their populations as quickly, while many poorer countries are yet to start any immunisations.

Brussels was left fuming after vaccine maker AstraZeneca warned there would be a 60% shortfall of supplies, leaving the bloc around 75 million doses short.

The EU has has now rowed back on plans to trigger an article of the Brexit deal which would stop the flow of vaccines through Northern Ireland to the rest of the UK. 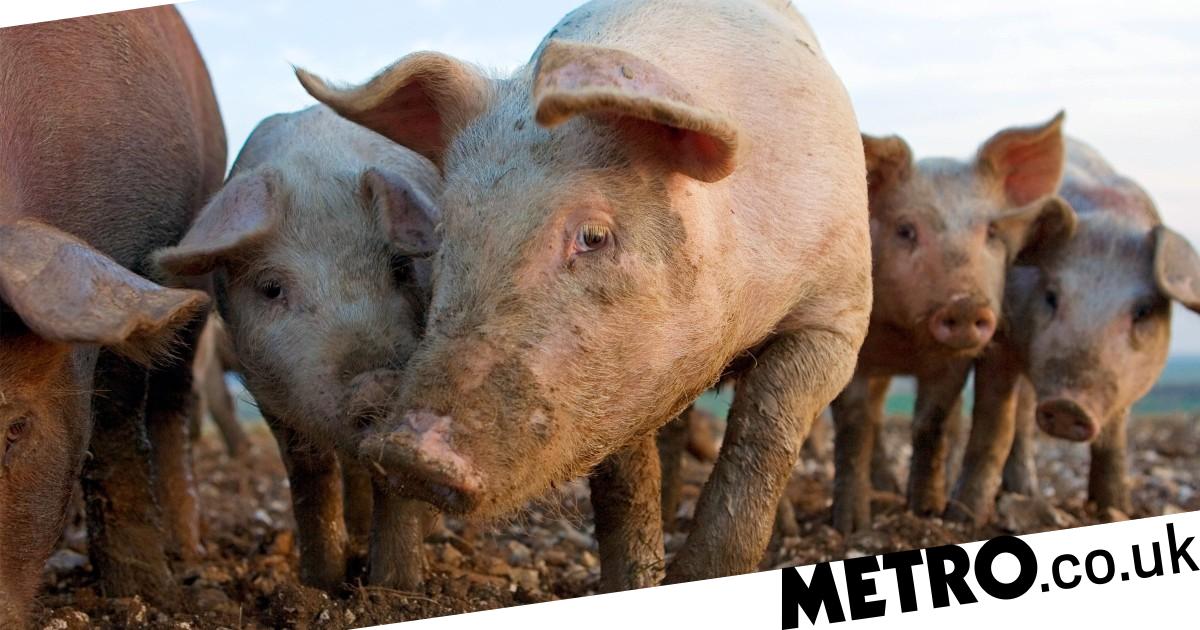 Around 100,000 pigs are currently left on farms as the industry contends with staffing shortages (Picture: Getty)A ‘really dark day’...