BRITS are set for a taste of spring after a Sahara dust plume sends temperatures soaring as high as 14C.

The winter lockdown misery will seem a world away in parks and beaches as the warm weather engulfs the nation.

⚡ Read our UK weather live blog for the very latest news and forecasts... 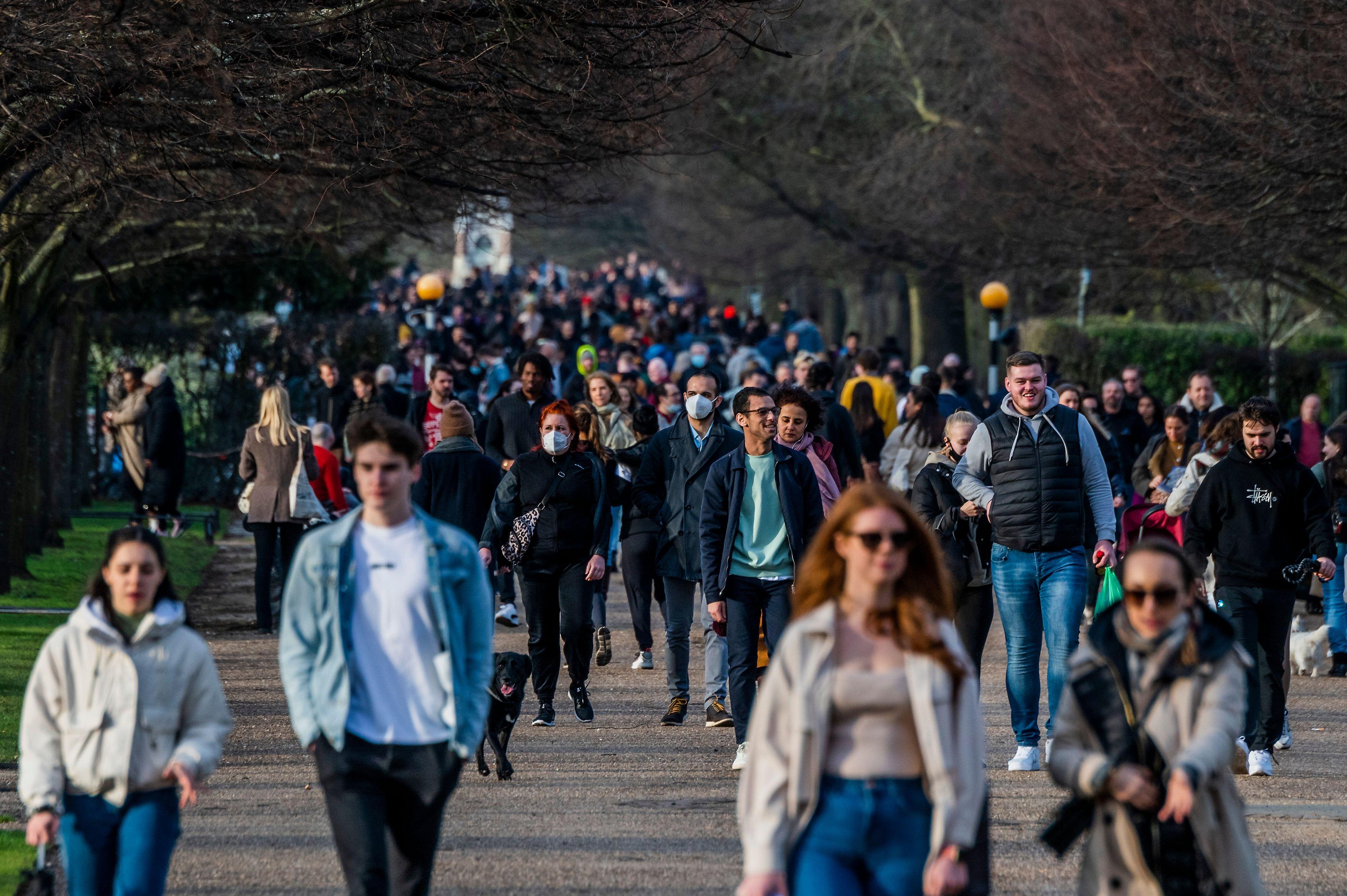 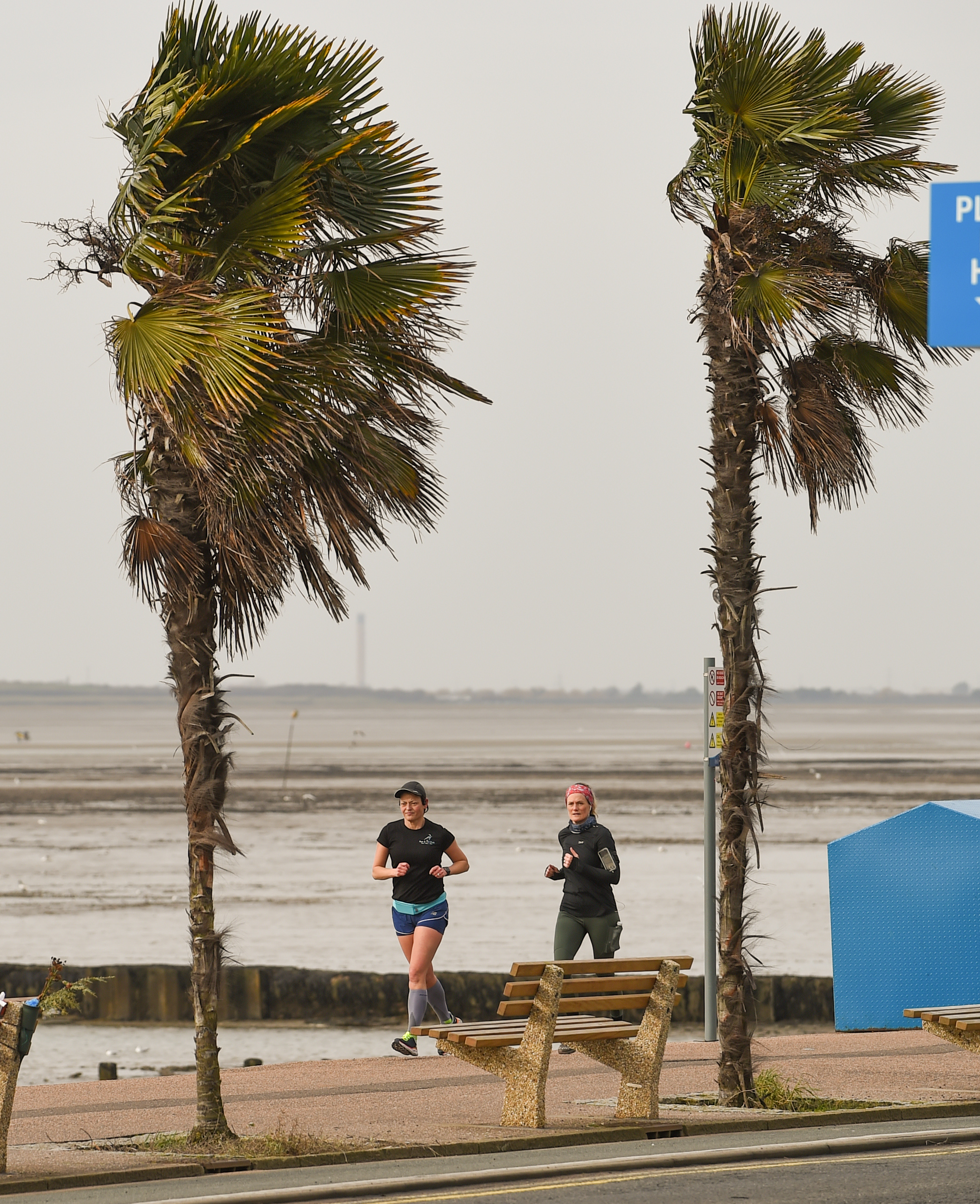 People out and about enjoying the unseasonably fine weather at Southend-on-Sea in EssexCredit: JOHN McLELLAN 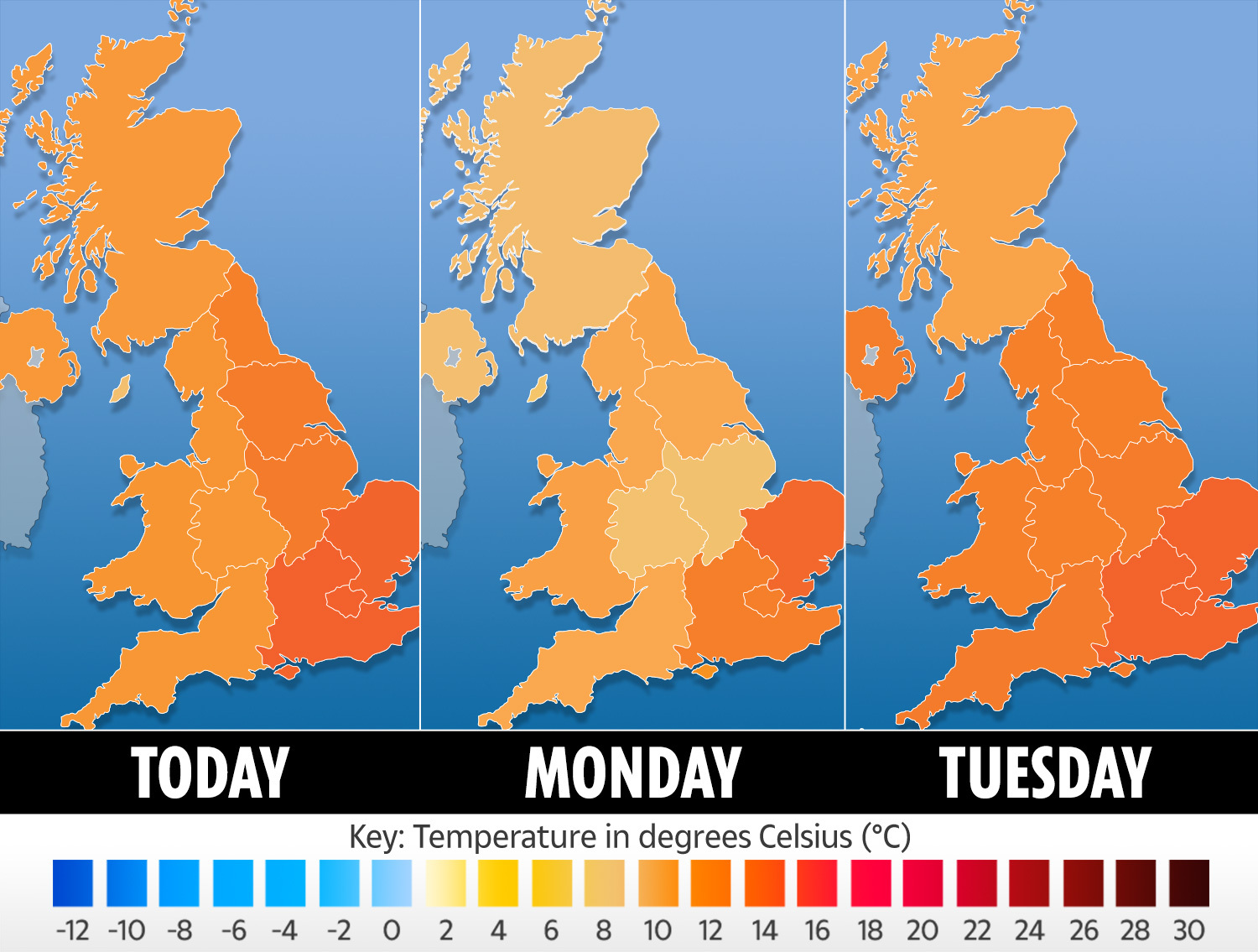 The south east of England will enjoy the warmest weather today with London seeing temperatures of 14C in the afternoon.

But conditions won’t be quite as pleasant as Saturday with light showers in the south east edging west.

The north west will be hit by rain but sunny spells are also forecast.

While Scotland and Northern Ireland will also endure a wet end to the weekend.

Temperatures hit a balmy 16C yesterday with southern Brits taking the opportunity to get outside and stretch their legs after months of cold weather during lockdown.

The warm weather has been a stark contrast to last weekend which saw freezing rain, treacherous ice and 80mph gusts. 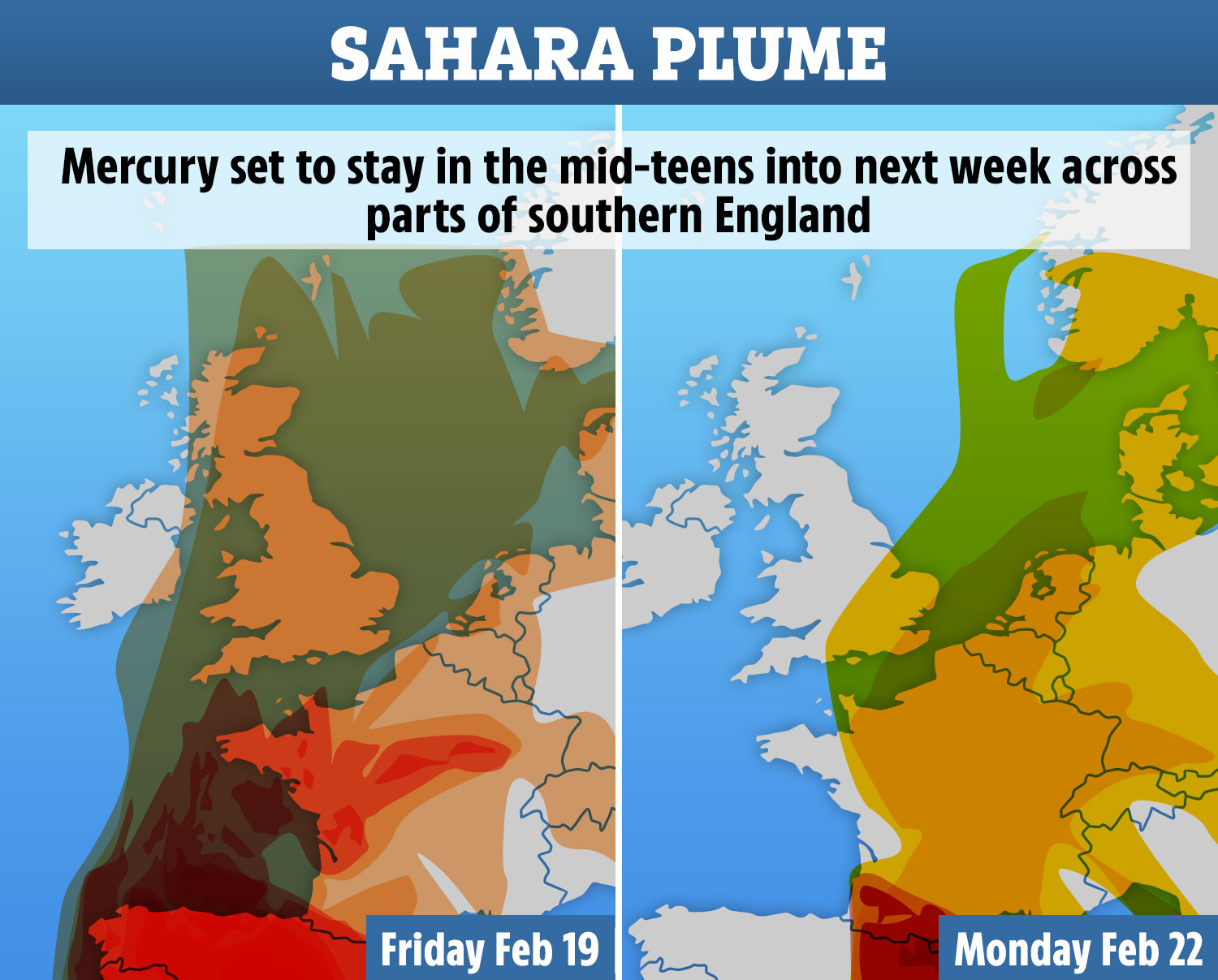 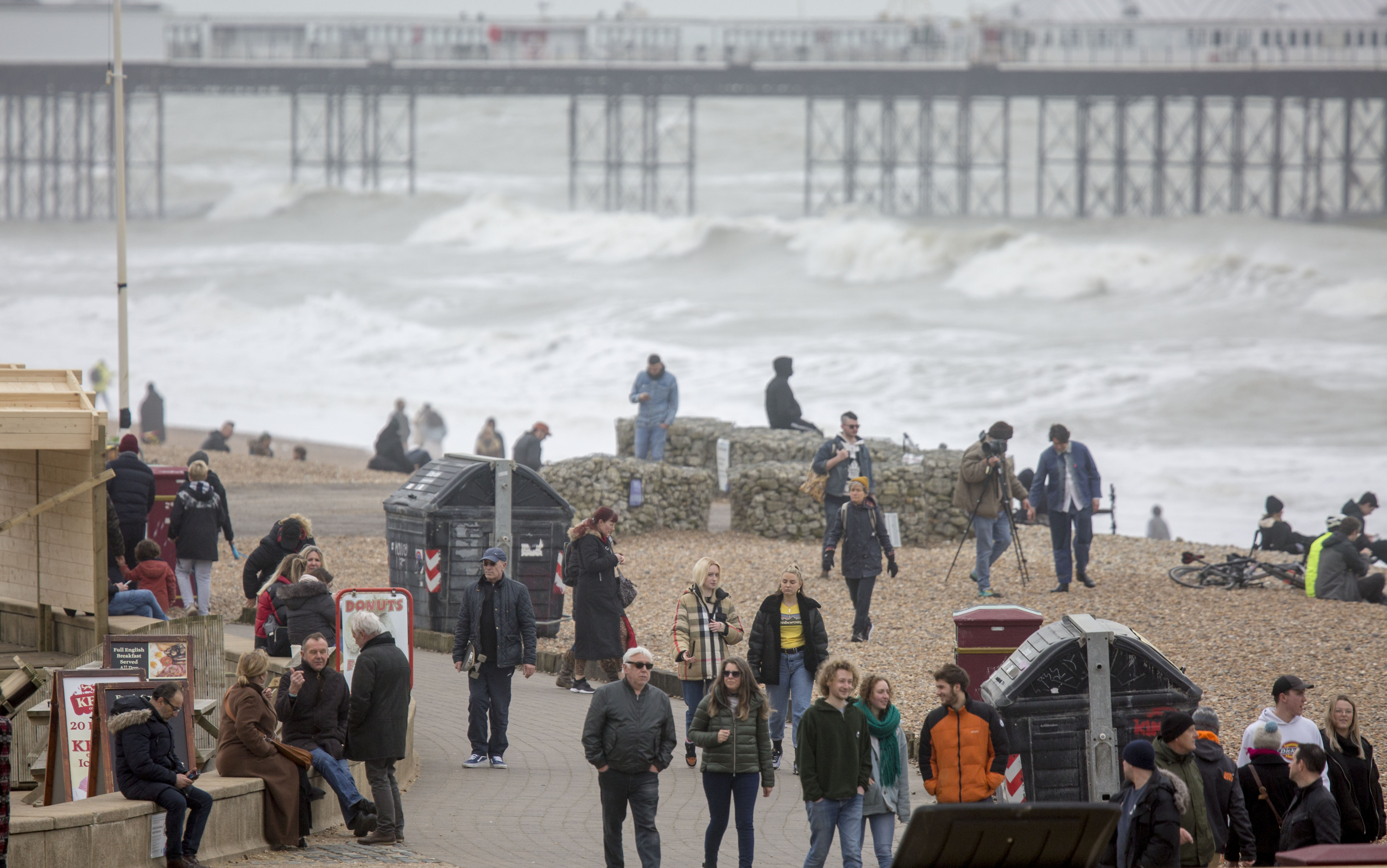 A busy crowd enjoys the milder weather as people took to the seafront in BrightonCredit: Brighton Pictures 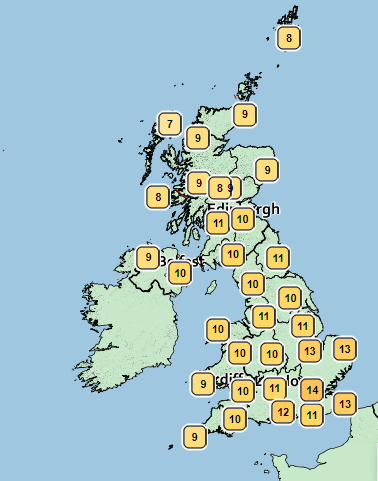 Temperatures will reach highs of 14C in London tomorrow afternoon

The last time temperatures hit highs of 16C was November 18 last year in London — and the hottest day since was February 2, where 14.2C was recorded in Cardiff.

This comes after a month of freezing weather which has seen severe snowfall across the UK.

On Wednesday night last week, the UK’s coldest temperature for 65 years was recorded in Aberdeenshire when locals endured -23C.

The River Thames froze over for the first time in 60 years as the Beast from the East 2 blasted Britain.

The Baltic blast froze Trafalgar Square’s fountains and brought large amounts of snowfall to regions across the country. 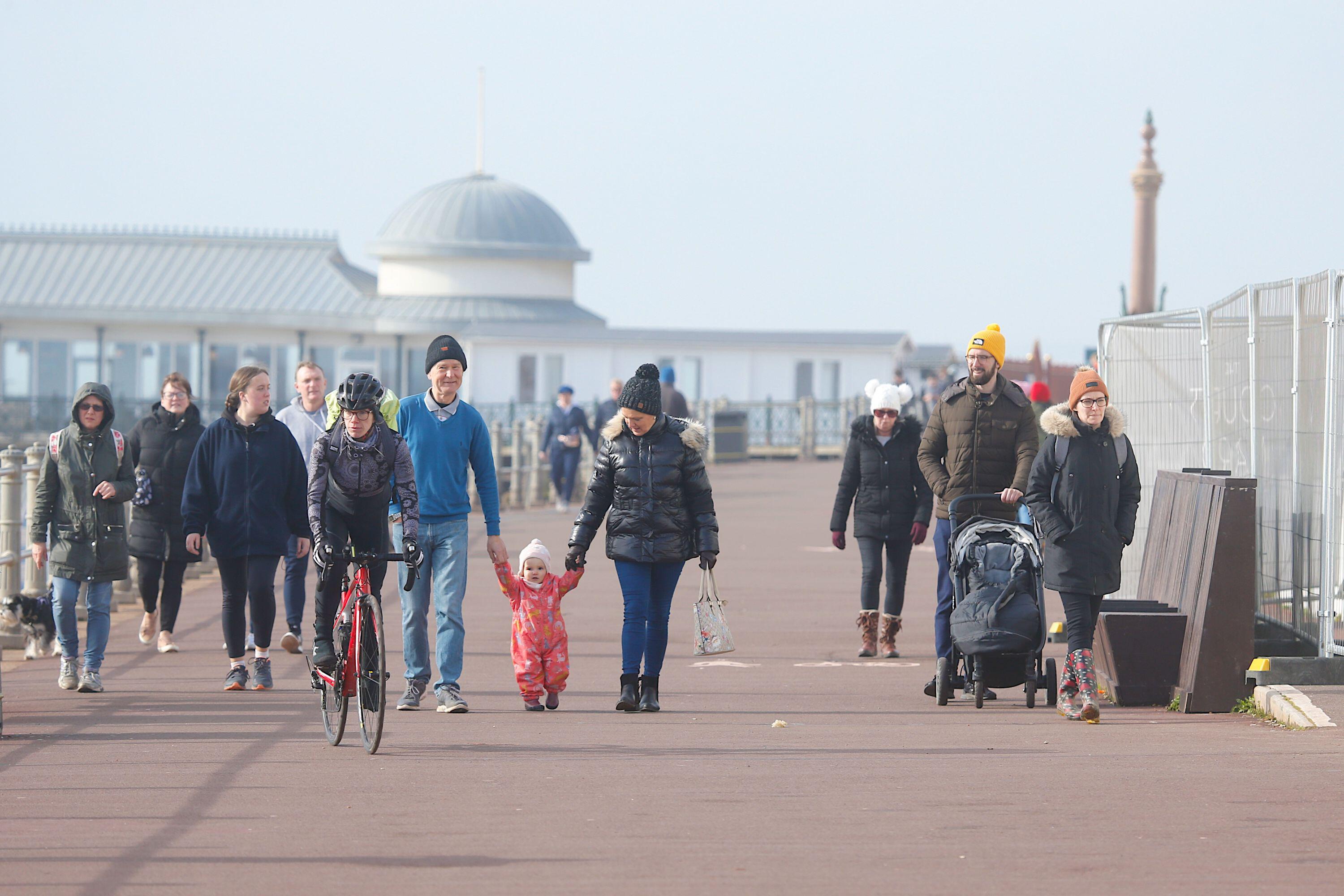 Nots of families and people walking along the seafront and promenade in HastingsCredit: Alamy Live News 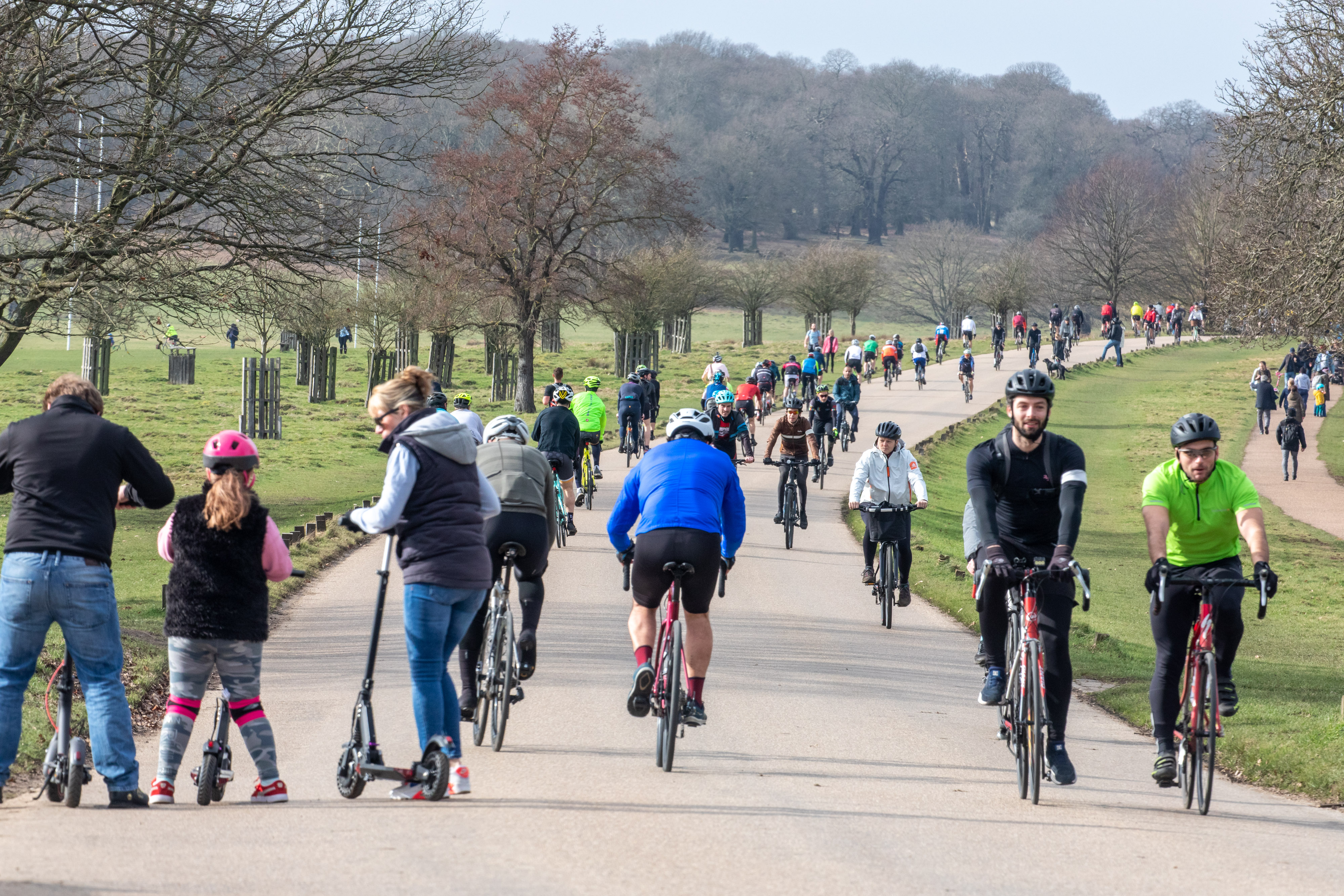 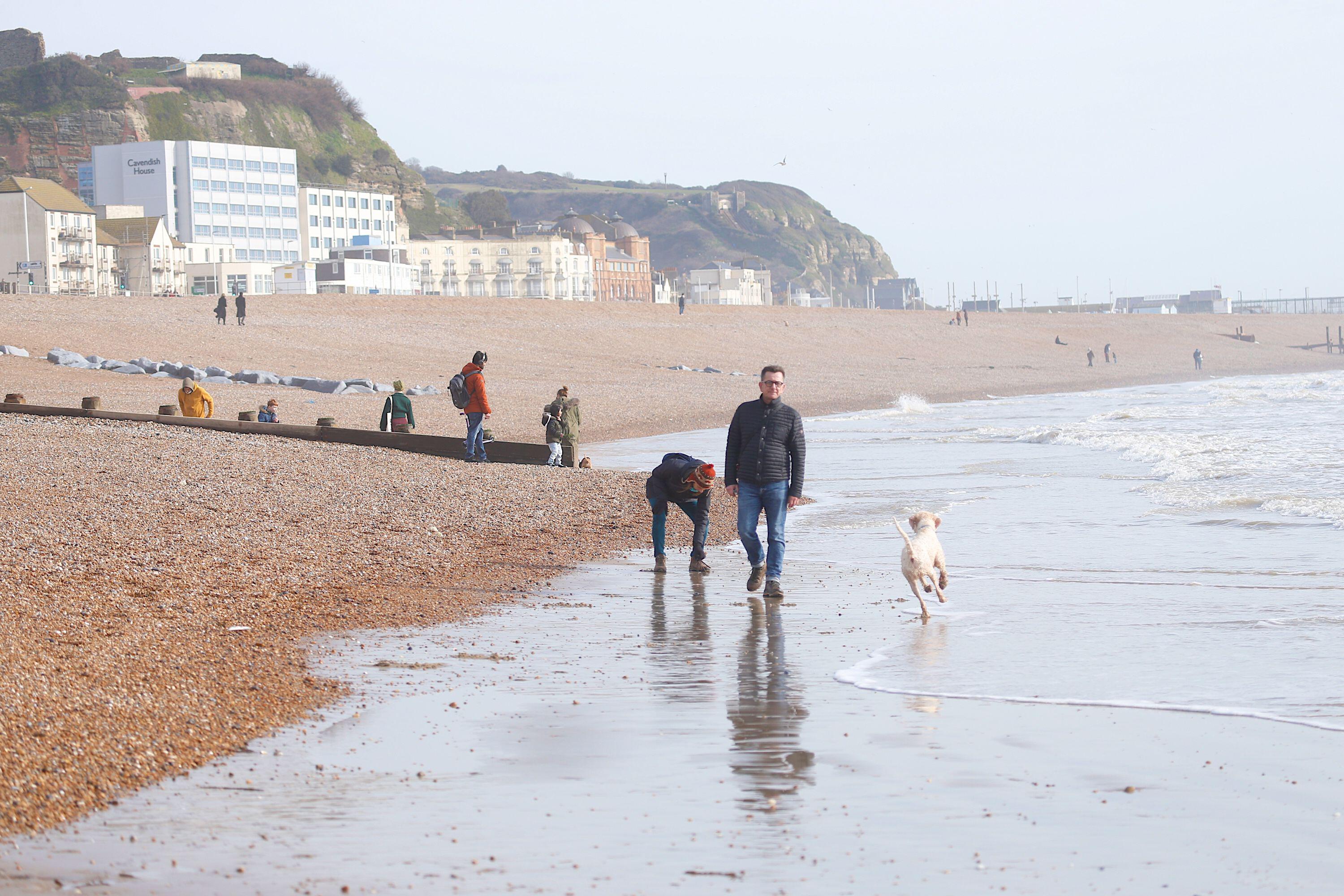