HEAVY snow could blanket London before the end of January as winter bites back, forecasters say.

Temperatures have plummeted around the country after a freak heatwave brought record warmth at the beginning of the year.

Winter is biting back – with freezing fog forcing visibility down to just 50mm today and plenty of snow forecast for the end of the monthCredit: SWNS 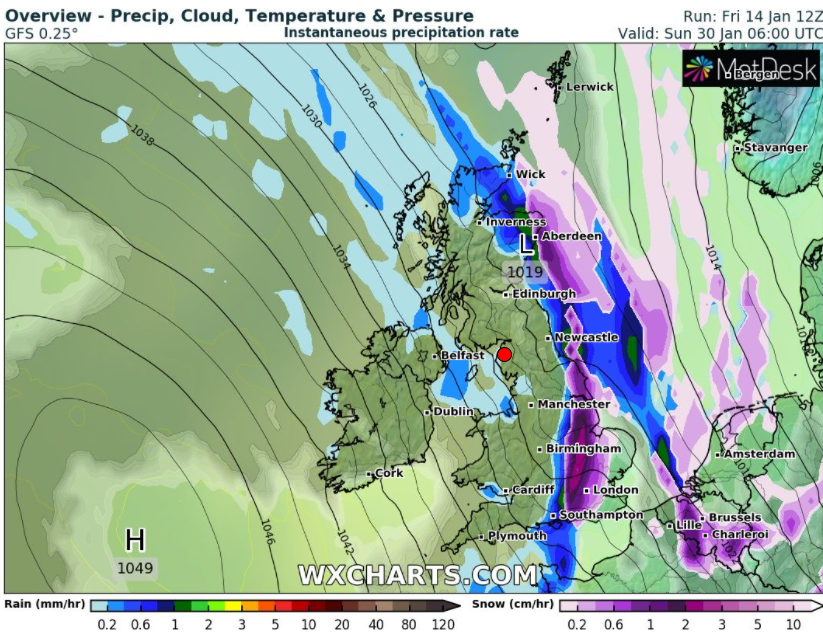 Forecaster WX Charts says millions across the country – including in London – will see snow on Sunday, January 30Credit: WX Charts

And before the month is out, millions will see snow amid a freezing Arctic blast, it’s believed.

WX Charts predicts snow will fall in Scotland on Friday, January 28 before moving south, hitting Newcastle by 6pm that day.

The following day, wintry showers will graze East Anglia early in the morning.

Swathes of the country between Aberdeen and Hampshire – including the capital – will then see snow on Sunday, January 30, it’s predicted.

However, before that, it’s likely to stay clear and chilly for most, forecasters say.

Temperatures will drop as low as -5C today as the Met Office issues a yellow warning for thick fog stretching from the south-east through central England towards Tyne and Wear.

“It is frosty today. There is a lot of fog around today too,” he said.

“It is something we have had for a few days with high pressure.

“The fog really is very dense. Visibly is only 50 to 100mm in central and eastern England over the next few hours.”

His colleague Dan Stroud said the coming week will be “dominated by high pressure”.

“That means there’s a lot of settled weather to come,” he said.

“Monday will be a generally bright day for many across England and Wales, but fog and frost are becoming a bit of an issue into Tuesday.

“It’ll also be fairly windy across the far north.

“That sets the scene for the majority of next week.

“There’s a risk of something a bit colder that might graze the very far north and east of Scotland, but beyond that, high pressure will continue to dominate.

“It’ll be largely dry and settled, although with lots of frost and fog that’ll be rather slow to clear in places.”

The Met Office’s longer-range forecasts suggest “colder interludes” between January 29 and mid-February – although temperatures will be “slightly above average”. 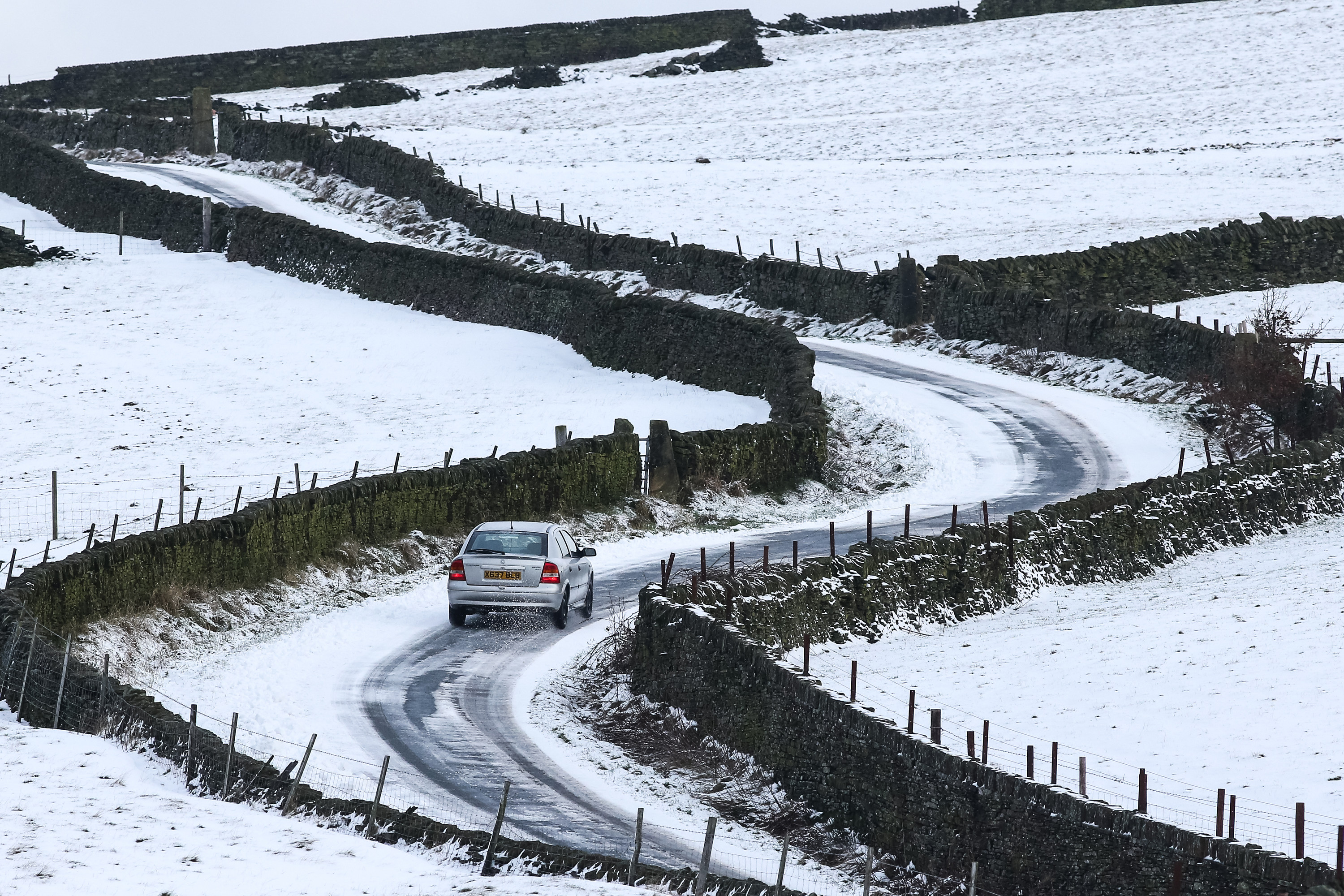 A band of the white stuff will move south from the Highlands of Scotland on the last weekend of January, it’s believedCredit: LNP 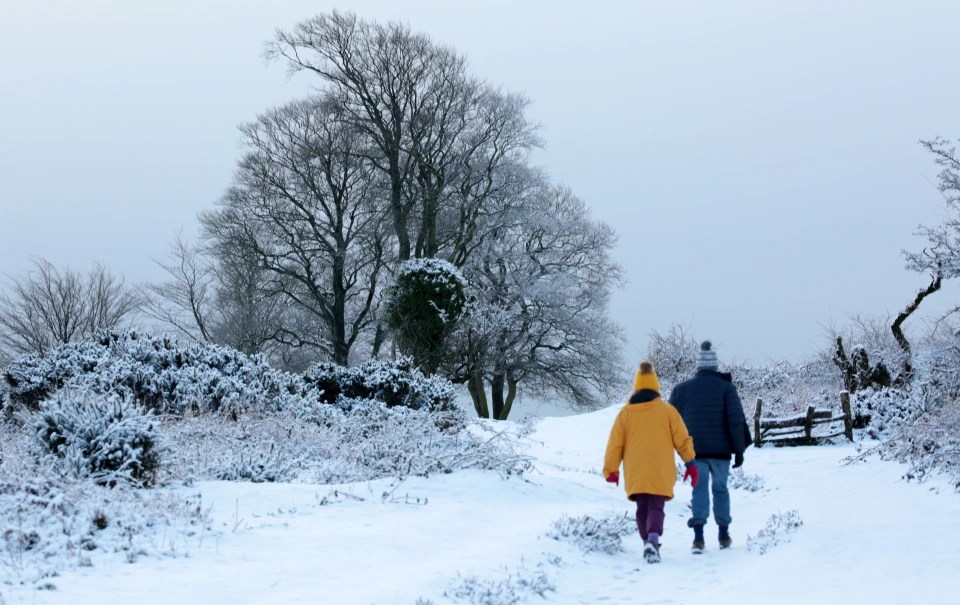 And it’ll fall as far south as Hampshire’s coastline 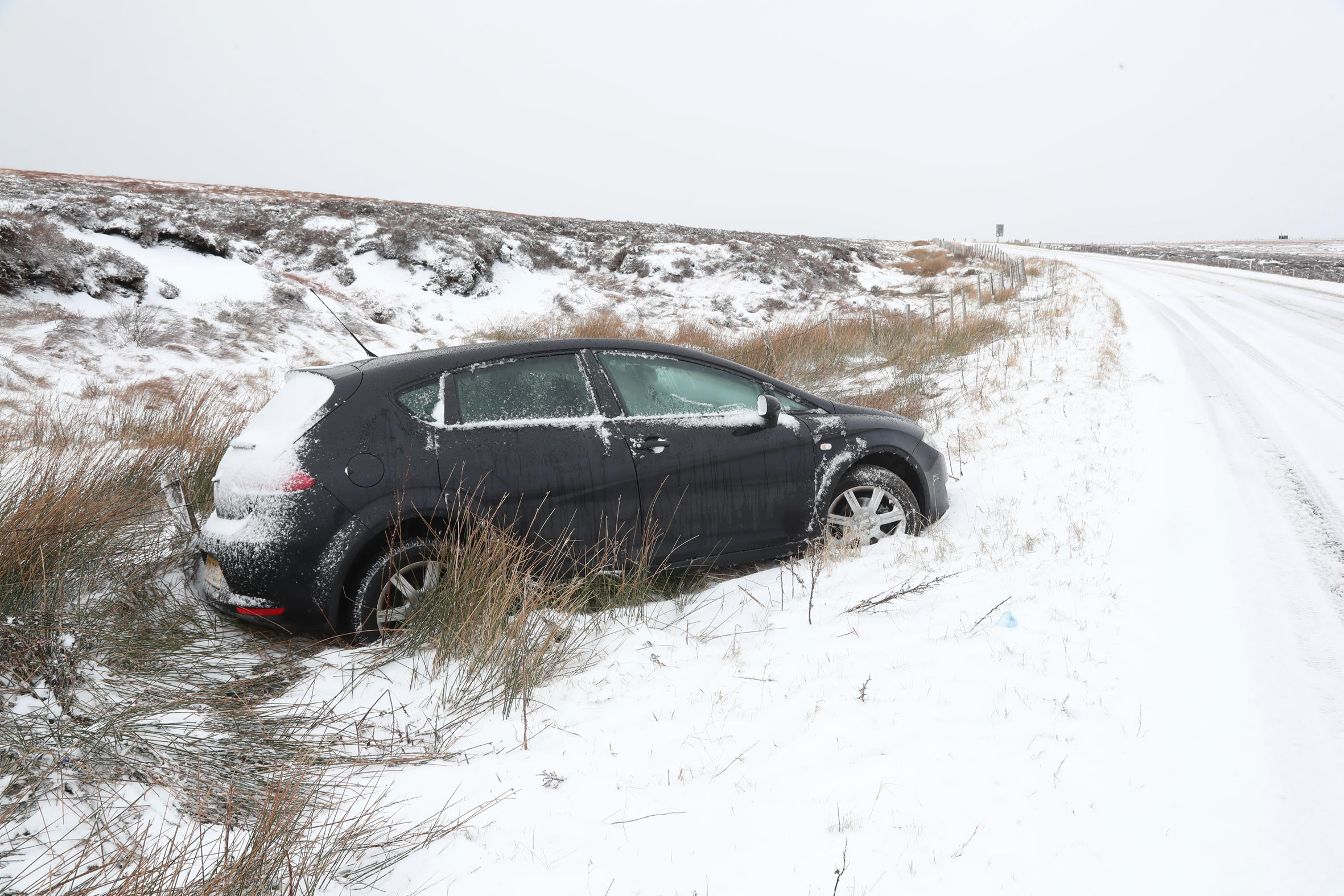 However, before the Arctic blast hits Britain, it’s likely to stay cold and bright for the next couple of weeksCredit: Stephen Huntley/HVC

UK weather: Exact time dangerous fog will descend on parts of England with drivers warned of massive delays on the road