Uproar in Peru as politicians ‘secretly given vaccine before health workers’ 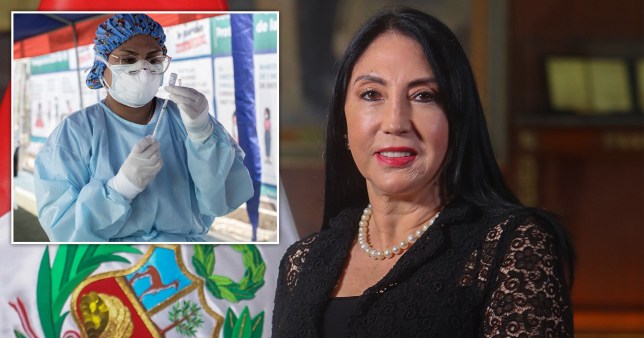 A key minister in Peru’s government has resigned amid a growing backlash to politicians receiving coronavirus vaccinations before health workers and the public.

Foreign Minister Elizabeth Astete became the second top official to step down on Sunday in a scandal also involving a former President and the Health Minister, in a country where the pandemic has overwhelmed hospitals.

A targeted vaccination program for health workers was only rolled out from February 8 – but it has now emerged that various high-ranking officials had already received their jabs by then. No date has been set for when the public will start being inoculated.

Ms Astete admitted on Sunday that she had received the jab last month, calling it a ‘serious mistake’ and saying she would not get a second dose.

The Foreign Minister joins the Health Minister in standing down.

The South American nation of 33 million people — where more than 43,000 have died with the virus — is among the worst-hit countries in the world.

The uproar comes with Peru facing a second wave of the virus that has seen cases quadruple. 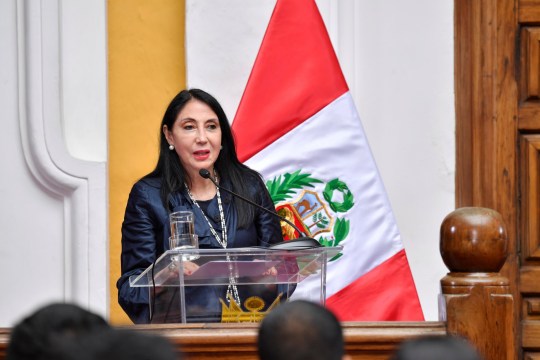 Ms Astete said she had received the jab in January – with the rollout for frontline health workers only starting in February (Picture: Reuters)

Peruvian media said that Attorney General Zoraida Avalos had opened a ‘preliminary investigation’ against ex-president Martin Vizcarra and others responsible for the early vaccination of senior officials.

Mr Vizcarra, 57, received the jab just weeks before being impeached and removed from office on charges he was ‘morally incompetent.’

The ex-president – who is now campaigning for a seat in Congress – claimed last week that he and his wife had taken part in a vaccine trial, adding he had kept quiet about it as ‘volunteers have to maintain confidentiality.’ 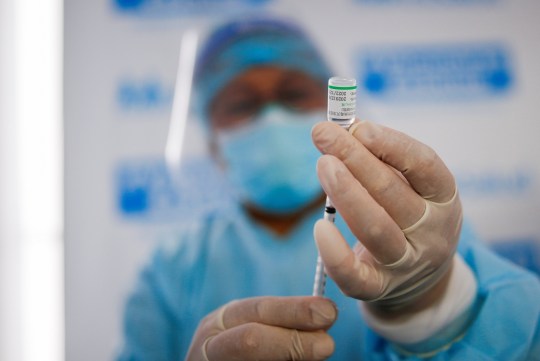 A health worker prepares a dose of the Sinopharm’s vaccine, in the Peruvian capital Lima (Picture: Reuters)

But on Sunday, Lima’s Cayetano Heredia University, which is leading clinical tests of the Sinopharm vaccine, denied Mr Vizcarra had been a trial volunteer.

The former President expressed ‘great surprise’ at the university’s statement, insisting he had received two doses as a trial subject.

He said there had been no ‘administrative fault or crime,’ and claimed his actions were being exploited by ‘enemies of the country.’

The President of the Peruvian Congress, Mirtha Vasquez, told America TV: ‘It is not possible that in the midst of a crisis public office is used for personal gain.

‘Investigation and punishment of those responsible is urgently needed.’

Peruvian media has speculated there may be numerous officials who have already been vaccinated, prompting current President Francisco Sagasti’s chief of staff and 12 other ministers to state they have yet to be jabbed.

Peru has recorded more than 1.2 million coronavirus cases and over 43,700 deaths.

The government has said it intends to inoculate 10 million people by July.