Volunteers at Birmingham mosque battle snow to hand out 2,000 meals 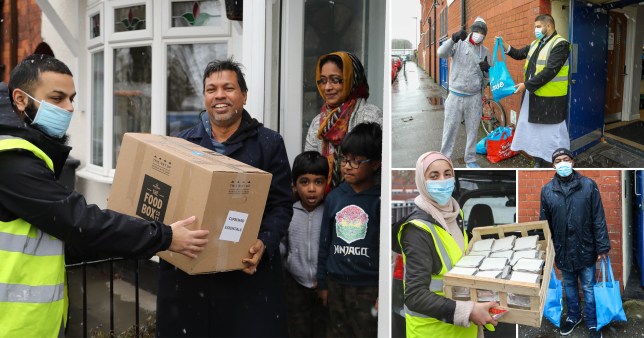 A relief effort distributed 2,000 meals in the snow amid ‘massive’ demand from vulnerable people in Birmingham during the pandemic (Picture: Anita Maric/SWNS)

Volunteers have spent the day distributing 2,000 meals in the snow amid ‘massive’ demand from vulnerable people.

Even before the relief effort run from a Birmingham mosque began, people began arriving in the biting cold outside a side door.

They included laid-off workers who were asked to observe social distancing and given shelter inside Green Lane Masjid and Community Centre as they waited patiently for food and essential supplies.

Hundreds of families are turning to the mosque every week after it became of hub of support for some of the most disadvantaged people in the city.

The annual ‘Winter Freeze’ campaign, run by the mosque and the Islamic Relief UK charity, has taken on heightened importance during the pandemic.

Around 200 bags of supplies and more than 100 hot takeaway meals of biryani were prepared in the red-brick Victorian building this morning before being handed out in the city centre.

Another 300 parcels were either distributed through the mosque’s on-site foodbank or delivered to the homes of vulnerable people.

Islamic Relief, which began in Birmingham, said the equivalent of 2,000 substantial meals were handed out overall.

The first people to turn up to the foodbank – arriving half-an-hour before it opened in a metal container in the car park – had similar stories. 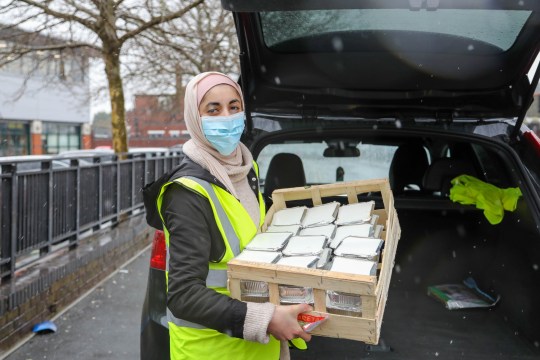 One of 20 volunteers loads up a car with supplies of hot food destined for those on the streets in Birmingham city centre (Picture: Anita Maric/SWNS) 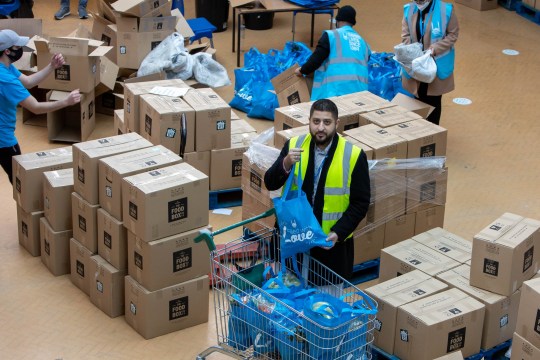 Green Lane Masjid’s community hall was turned into a packing and distribution hub for the day-long outreach effort across Birmingham (Picture: Anita Maric/SWNS) 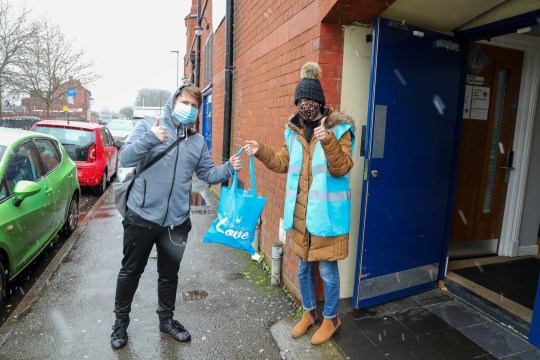 Craig James, 29, originally from Telford, told Metro.co.uk he was living in a hostel near the mosque after losing his job as a labourer on a building site.

He said: ‘I was laid off because of the virus and I haven’t found anything else since. It’s tough. I’ve got no family, nothing. Everything’s so expensive and I scrape by on pennies. I’m just grateful the mosque is always here.’

Wearing a ‘Brum’ hat and clutching his supplies, Keith Burns, 35, expressed hope that the the mosque’s support would help improve his fortunes.

He said: ‘I was working but since the pandemic I’ve been laid off.

‘There’s no chance of me getting another job with an agency. Times are hard and they’re only going to get worse.

‘With the money I’m getting on the dole, this will keep me healthy. It gives me the strength to go out there and get my life back.’ 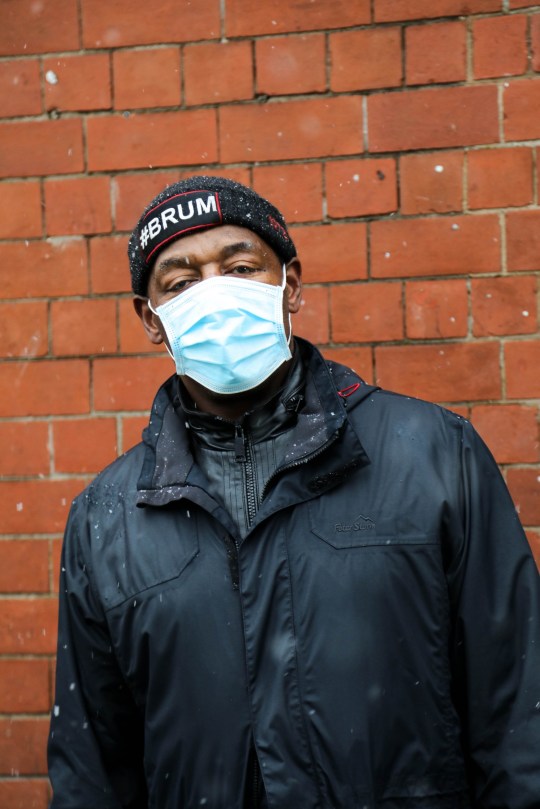 Keith Burns has turned to Green Lane Masjid Mosque in Birmingham after finding himself out of work during the pandemic (Picture: Anita Maric/SWNS)

The mosque in Small Heath has responded to the health crisis by supporting people from different faiths, backgrounds and walks of life.

Between 65 and 70 per cent of the foodbank’s users are from outside the Muslim community and the deliveries take place across the city.

Saleem Ahmed, Head of Services & Welfare at the mosque, said: ‘The scale of need is massive. We have hundreds of families contacting us each week, as well as the police, local schools, charities and various organisations who say they have families who are struggling.

‘Sometimes they need financial help, and we have a hardship fund we can support them with, and sometimes it’s food poverty.

‘Some families are forced to choose between food and heating, and that’s where we come in to help them to plug that gap.’

Saleem says the largest user groups are people who have lost their jobs, single mothers struggling to make ends meet, evicted tenants who have fallen homeless and refugees and asylum seekers.

As the snowfall outside begins to resemble a blizzard, piles of empty grocery boxes stack up inside the masjid’s community hall. 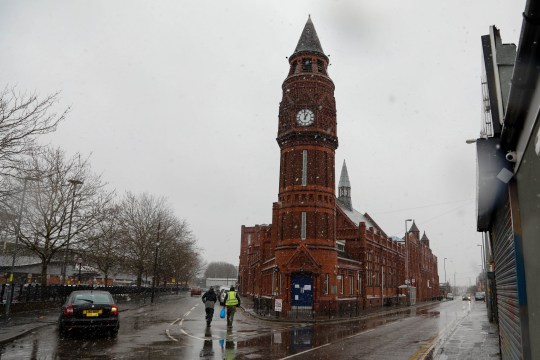 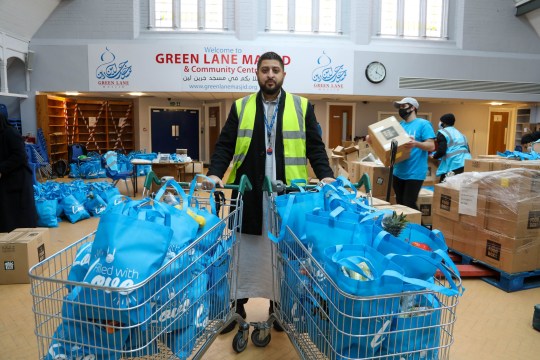 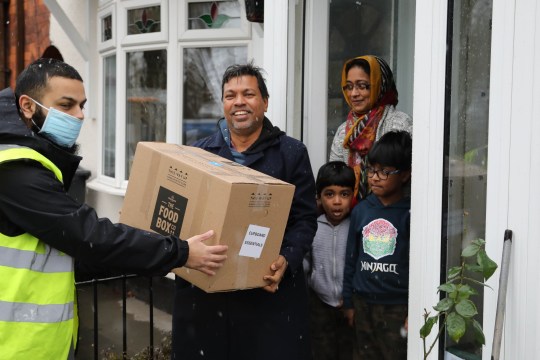 A family receives a food parcel from a volunteer during an outreach project run by Green Lane Masjid and Islamic Relief in Birmingham (Picture: Anita Maric/SWNS)

In 2019, there were 25 deaths among homeless people in Birmingham.

The toll put the city on a par with Liverpool and one behind Manchester, the worst-affected location, according to the most recent published figures from the Office for National Statistics.

In winter, rough sleepers have died sleeping in freezing conditions, sometimes under the influence of potent synthetic drugs, such as Spice, taken to numb the cold and hardship of life on the streets.

In previous years, the mosque, which is a registered charity, has opened up its hall during the cold weather to give rough sleepers overnight shelter and food, but due to Covid has had to move the Winter Freeze project outside.

One man from an English background given sanctuary has since overcome drug addiction and returned as a volunteer.

‘We serve different communities and different faiths, we do not discriminate,’ Saleem said. ‘We are inspired by a verse of the Koran that says “whoever saves one life saves the whole of mankind”.

‘If we can help, we are doing our duties as Muslims and as human beings.

‘During the pandemic we’ve seen people from all walks of life step up for people in need. It might be a few hours out in the cold for us, but for the people we’re serving, it’s their lives, so it’s the least we can do.’ 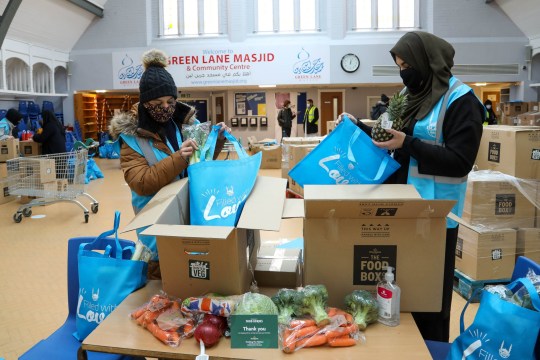 The packing effort as Green Lane Masjid in Birmingham joined Islamic Relief to combat hunger and hardship on the streets (Picture: Anita Maric/SWNS) 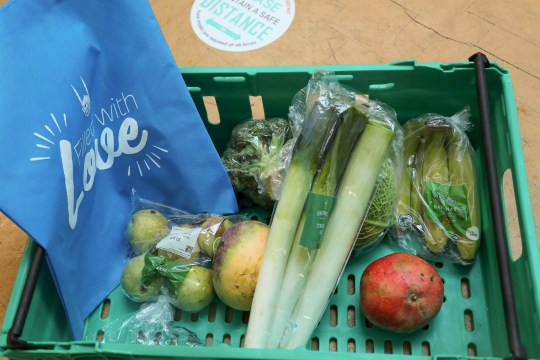 Fresh fruit and veg was included in parcels given out via Green Lane Masjid’s foodbank in Small Heath, Birmingham (picture: Anita Maric/SWNS) 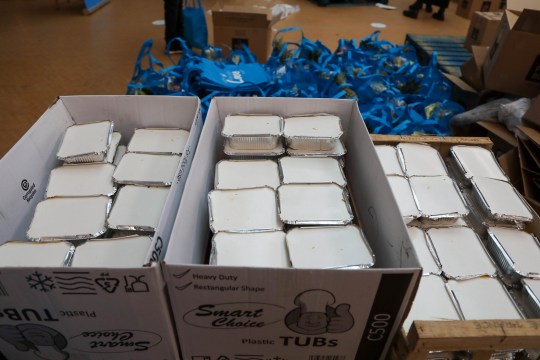 More than 100 hot meals containing biryani were handed out to people on the streets in Birmingham (Picture: Anita Maric/SWNS)

Twenty volunteers helped distribute the blue bags containing items including protein shakes and snacks, woolly hats and gloves for people on the streets and essentials such as cereals, bread and fresh fruit and vegetables for the foodbank users.

‘For us it’s an hour or two of our day but for another person this could be a lifesaver,’ he said. ‘The food could last for another month and the gloves and hat could keep them warm this winter.

‘Poverty is rife and as a charity you see the devastation in other countries but to see it on the rise on your own doorstep hits you twice as hard.’

A further £3,000 worth of Morrisons food vouchers were dispensed during the outreach, which was funded by Islamic Relief and supported with grocery donations from the retailer. 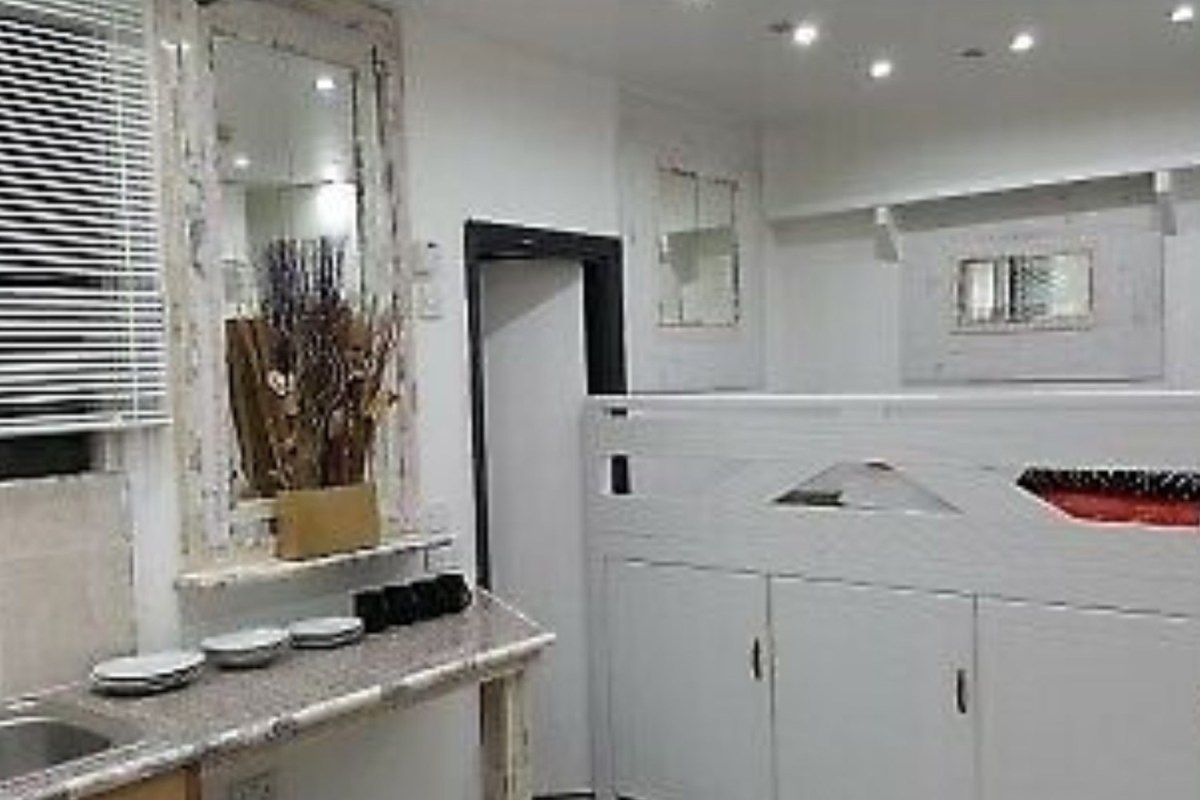