Weather: Today is officially the hottest day of the year so far

Today has been confirmed as the hottest day so far of 2021 in England and Wales with temperatures soaring above 31C.

The Met Office confirmed on Sunday that the highest temperature of 31.6°C was recorded at Heathrow, while Cardiff reported 30.2°C.

The previous record of 29.7C had been recorded at Teddington in south-west London on June 14 but it was smashed yesterday.

Sun-seekers have been flocking to beaches, parks and rivers across the country this weekend to soak up the long-awaited rays after a cooler than usual summer.

And it seems the sunny weather is set to last until at least ‘Freedom Day’ tomorrow when England will see almost all legal Covid restrictions lifted.

But the UK is still a long way off from record temperatures for this time of year.

A scorching 38.7C was recorded at Cambridge Botanical Gardens on July 25 2019. 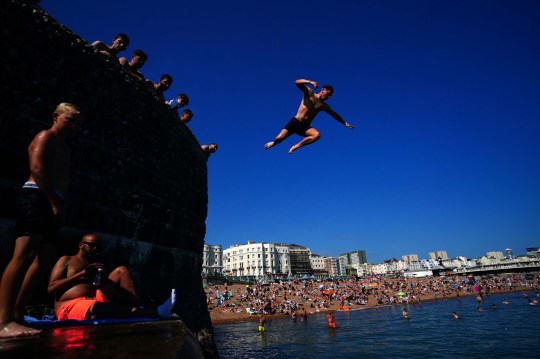 Many headed to the southern coast to enjoy the hot weather (Picture: PA) 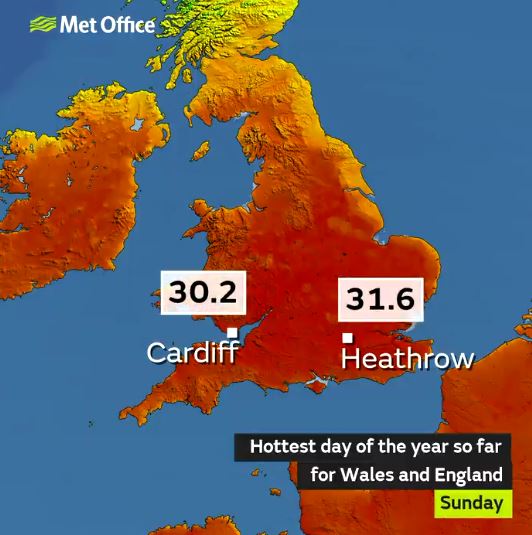 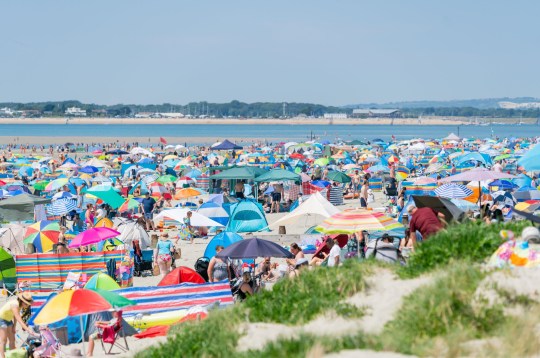 Many flocked to West Wittering beach, West Sussex, to soak up the sun (Picture: Greg Blatchford/Rex/Shutterstock) 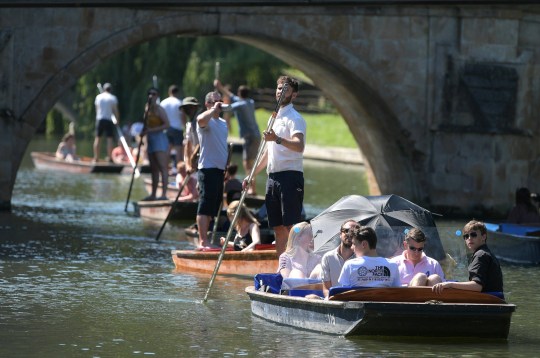 The Met Office is forecasting a warm, muggy night in the south but it’s expected to cloud over in parts of the north and east with some possible drizzle.

And it predicts it’s set to get even warmer throughout next week.

Becky Mitchell, a meteorologist at the Met Office, said: ‘We could get up to 32C (89.6F) next week, it is possible each day for different places in the country.

‘The most likely areas to get 32C are parts of the Midlands and down towards south-west England and potentially London, they are all going to see the highest temperatures in the coming days.’

The Met Office and Public Health England are urging people to stay safe in the hot conditions, by staying hydrated, wearing sunscreen and assisting anyone who is more vulnerable to the heat. 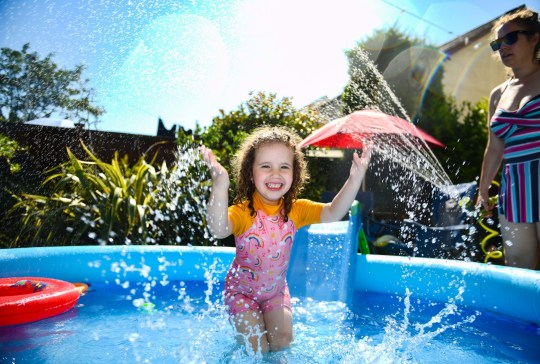 Three-year-old Lillian Joy splashes in the garden of her house in Swansea (Picture: Robert Melen/Rex/Shutterstock) 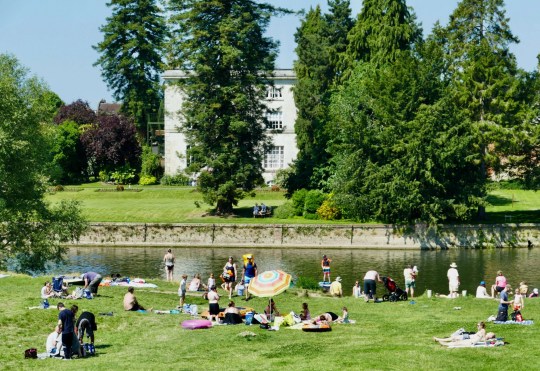 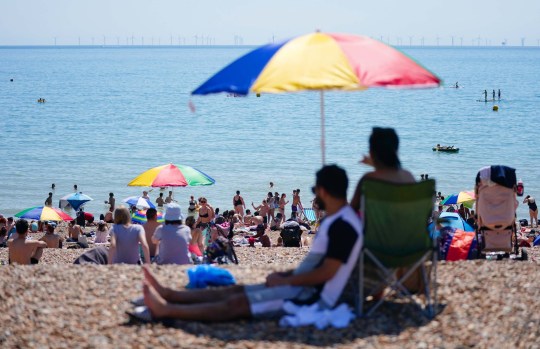 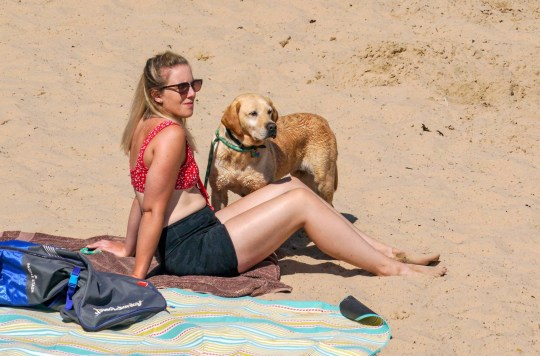 People across the country headed to beaches to enjoy the day (Picture: North News & Pictures)