WELLWISHERS have donated £70,000 for a boy who lost his finger “fleeing school bullies”.

Raheem Bailey, 11, was attacked, beaten, kicked and pushed to the ground by a group of children at school on Tuesday, his mother Shantal Bailey said.

A mum has described how her son had to have his finger amputated while he ran away from alleged bullies at his schoolCredit: Media Wales 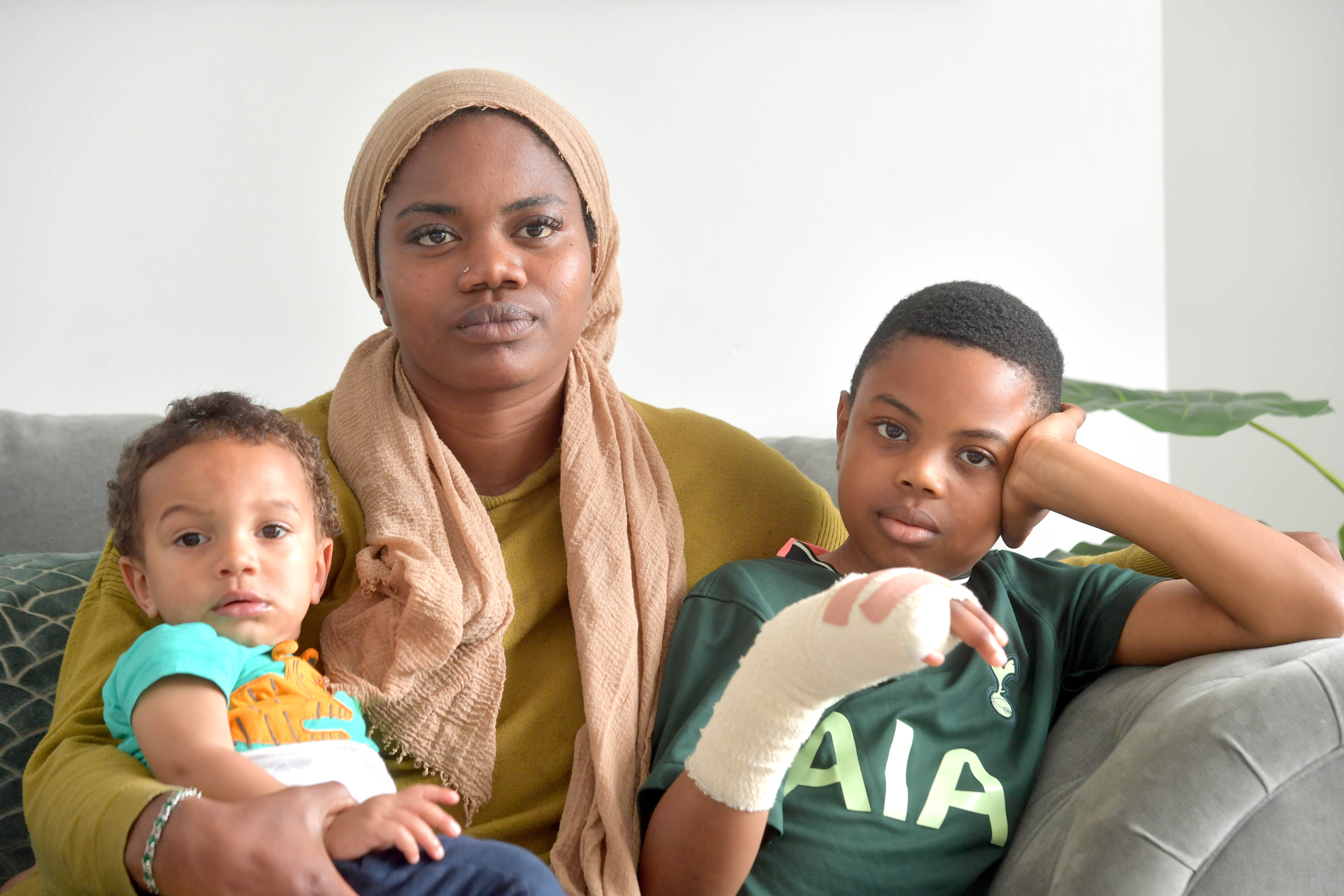 She is raising money to get him a prostheticCredit: Media Wales 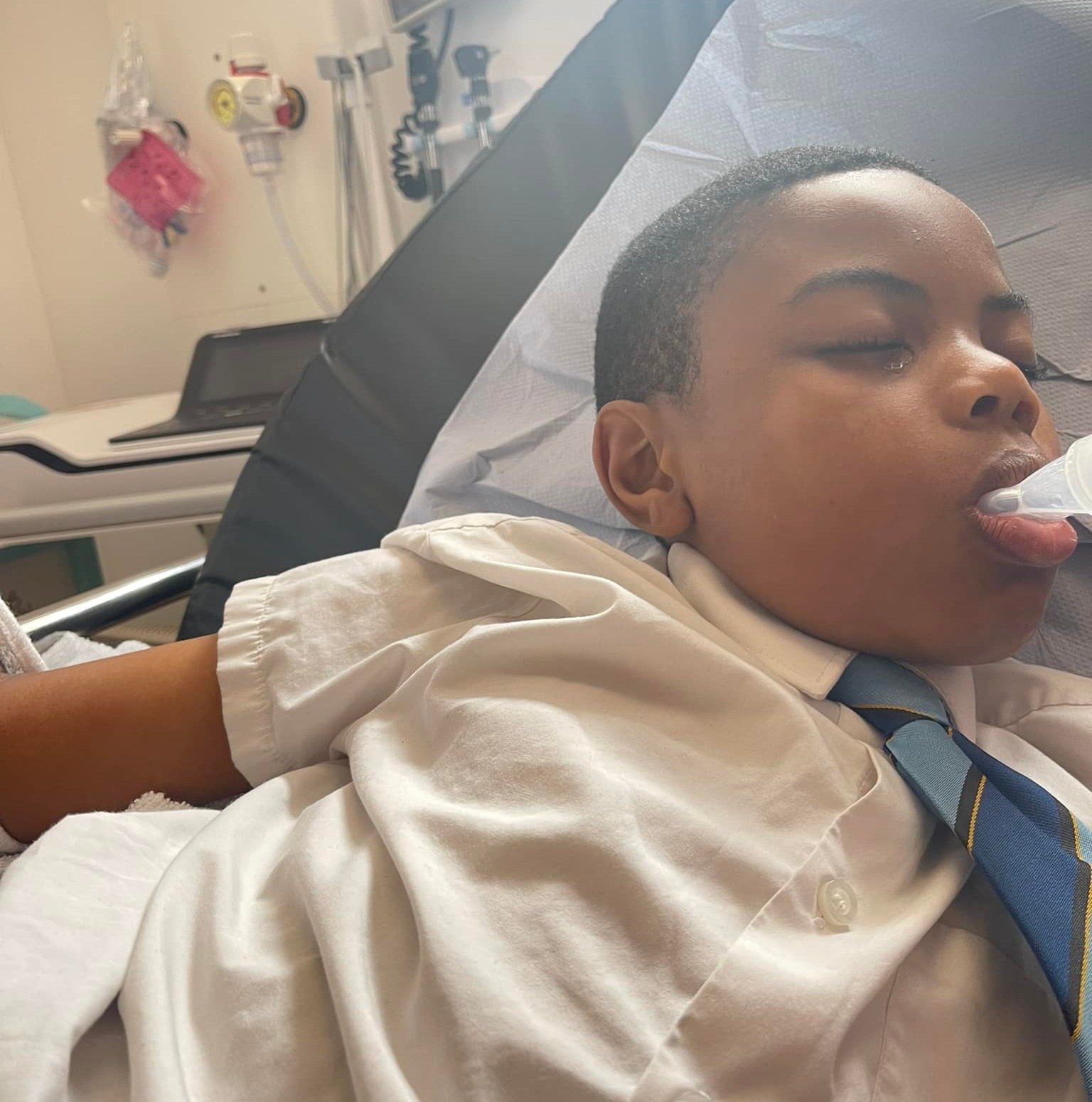 Raheem had his finger amputated after the incidentCredit: Shantal Bailey 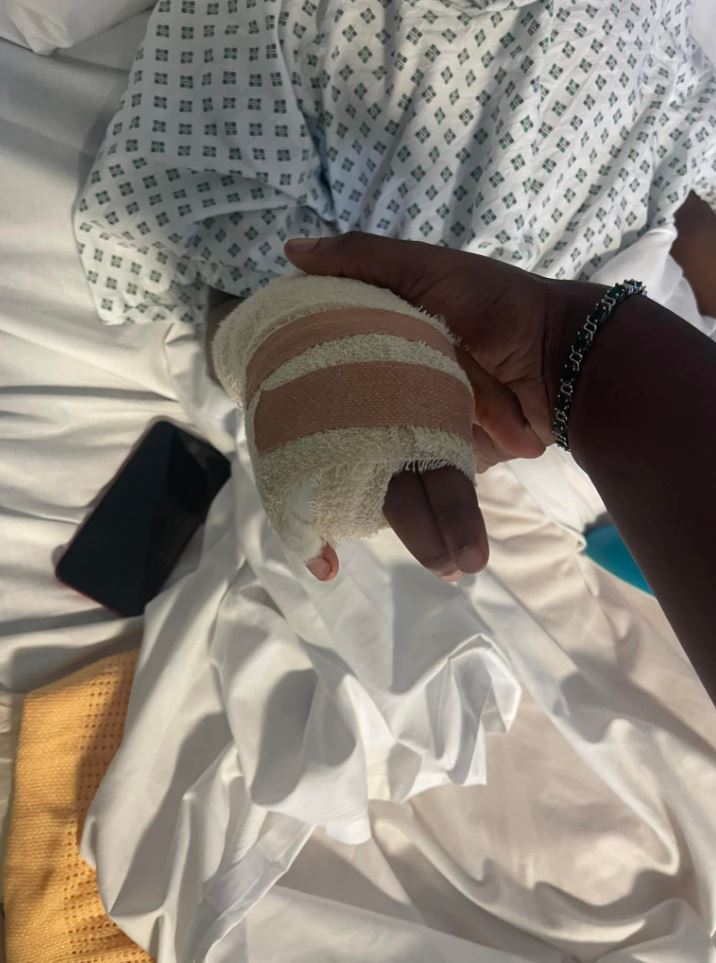 Shantal says the horrific finger catch ended up “causing the skin to strip and the finger to break in half”Credit: Facebook

Ms Bailey said her son tried to escape but got his finger caught while climbing a fence, and it later had to be amputated.

The mum-of-four says the incident was a culmination of “racial and physical abuse” as well as other forms of bullying since he started at the school in Wales in September.

Ms Bailey described her son’s plight on a GoFundMe page with a target of £10,000 which she set up to raise money for a prosthetic finger and money to aid his recovery. 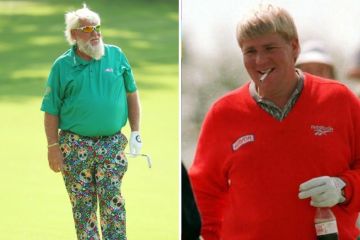 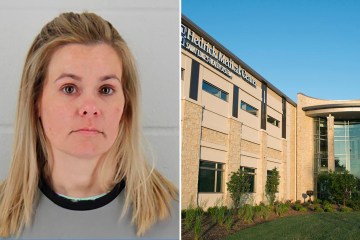 As of Saturday evening, more than £70,000 had been donated and the amount was continuing to rise.

In a message on the page, Ms Bailey wrote: “I’m fundraising to get my 11-year-old son, Raheem Bailey, a prosthetic finger and any additional cost to get him on the road to recovery.

“Raheem has faced racial and physical abuse, as well as more generic bullying about his height and other things, since he started secondary school in September 2021.

“Although he had mentioned a few incidents of people being ‘mean to him’ recently, I did not realise the extent of what he was going through until an incident this week.”

She said that as he tried to escape the school grounds during the attack he tried to climb a fence.

She said: “His finger got caught and attached to it, causing the skin to strip and the finger to break in half.”

“After six hours of surgery to save it, which was ultimately unsuccessful, his finger had to be amputated.”

The mum says matters came to a head earlier this week when her son “called me in tears… saying that he’s being bullied” at South Wales’ Abertillery Learning Community.

Shantal added that a teacher at the school in Abertillery had allegedly threatened to put Raheem in detention “despite him being the one that’s getting picked on”.

She said she went to the school on May 16 and spoke to staff, who “reassured [me] that everything would be handled by the Tuesday morning”.

But the following day, little Raheem was allegedly “attacked and beaten” by a group of school kids during morning break time, she wrote on Facebook.

“He was pushed to the ground and then repeatedly kicked”, devastated Chantal said.

She claimed: “Consequently, Raheem made a desperate attempt to leave the school grounds in order to escape the situation.”

This is when the horror incident took place, the mum claimed.

Initially, when the school told the mum about her son’s injury, she alleges they “told me that the ambulance wouldn’t arrive for two hours, but advised me not to drive Raheem to A&E myself”.

He was taken to a minor injury unit and to their horror, the family was told he would require surgery at another hospital.

Shantal said they then spent “five hours waiting for an ambulance to transfer us” to Swansea where doctors said Raheem could lose his finger.

She added: “I had to explain this to him while he sat there in agony.

“After six hours of surgery to save it, which was ultimately unsuccessful, his finger had to be amputated.”

She claims that from the “day of the incident until now” Raheem’s school “have not reached out to me to check on his well-being”.

The mum said she had reported the matter to the police.

Raheem is now recovering after his operation but remains in “a lot of pain”, his mum said.

A spokesperson for Abertillery Learning Community told South Wales Argus: “We are currently working closely with Gwent Police and the local authority to establish the full details of the incident.

“The well-being and safety of our pupils and staff remains of paramount importance. We will not be commenting further at this time.”

Gwent Police confirmed it is investigating the incident, after receiving a report on Wednesday.

A spokesperson for the force said: “We received a report of an incident at a school in Abertillery around 1pm on Wednesday, May 18 where an 11-year-old boy was injured.

“A multi-agency meeting has taken place and we’re working with the school as part of our ongoing enquires.”

The Sun Online have approached Abertillery Learning Community for comment but they were unavailable at the time. 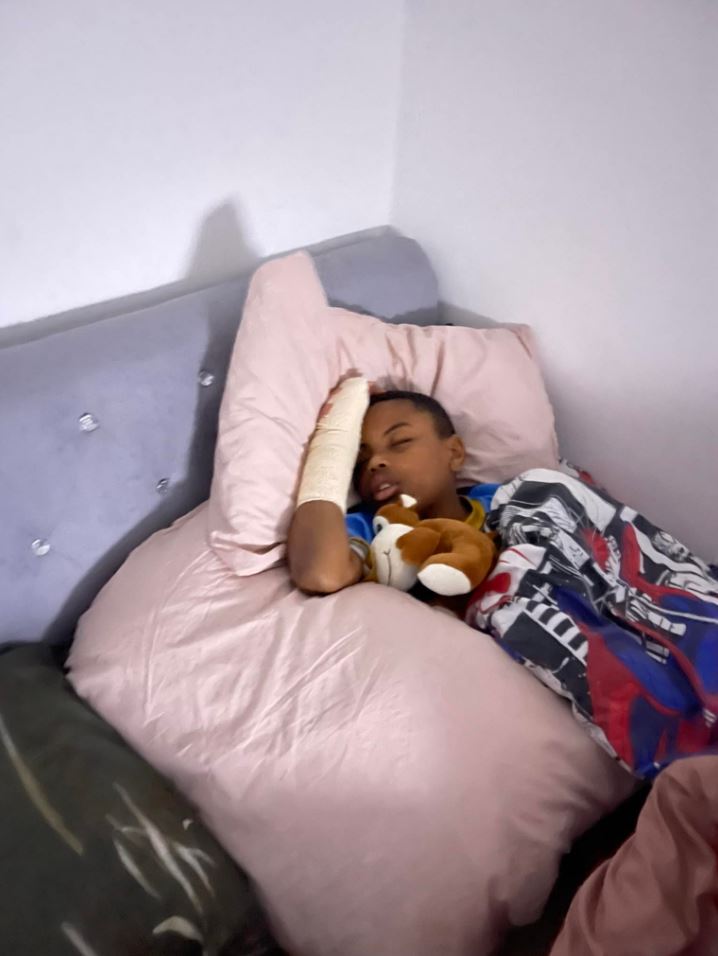 Raheem is now recovering after his operation but remains in “a lot of pain”Credit: Shantal Bailey 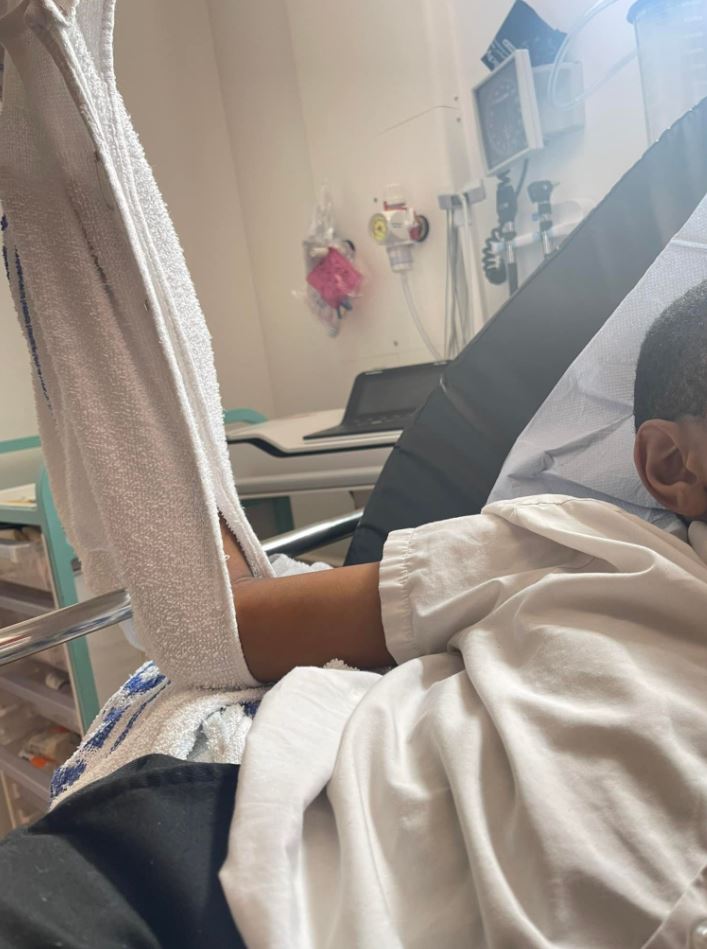 Raheem was allegedly “attacked and beaten” by a group of school kids during morning break timeCredit: Shantal Bailey