What do the green and orange lights on your iPhone mean?

The orange dot in the top right corner means the microphone is active (Picture: Apple)

If you’re glued to your phone, you might have been surprised by coloured dots suddenly appearing on screen.

Ahh!! What do those lights mean? Is your phone about to die? Or is something fishy going on?

God forbid someone, somewhere, is peering at you through the camera without your knowledge – secretly recording your double chin during a mammoth scroll session.

Panic not. These lights are supposed to be there, signalling when certain features of your phone are in use.

Here’s what they’re for, plus how they differ on iPhone and Android devices…

What does a green light on your iPhone mean?

On an iPhone, a green light simply means the camera function is in use.

If you’re not sure where it is, it’s a tiny dot that shows up in the right hand corner of the screen, near where the front-facing camera is. 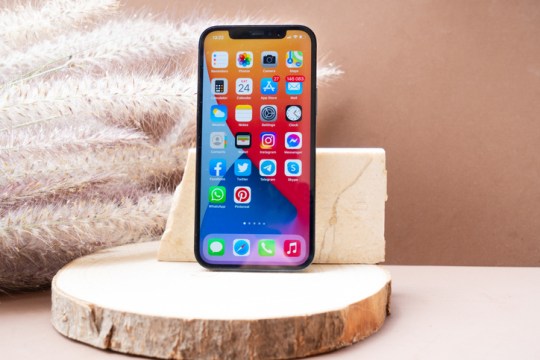 When the camera isn’t being utilised, you won’t see a green dot at all.

So if it’s shown up unexpectedly, while using a third-party app for example, it’s good to be aware of it. This might mean the app has access to your camera.

This will show you which apps can access it. Alter the permissions by pressing the green button, turning it grey – which means the app can no longer access your photo roll or camera.

As for other Android phones, what a green flashing light means really depends on the model of phone you have. It could be a notification, or an indication that the battery’s charged.

But for users of the Android 12 operating system, newly launched in October 2021, there’s another consideration.

If you see a green symbol in the right hand corner, with a small image of a camera and microphone inside – that means your phone’s currently using those features.

What does an orange light on your iPhone mean?

An orange dot on an iPhone, meanwhile, shows that the device’s microphone is in use.

You’ll see this dot in the same place as the green dot, in the right hand corner of the screen, at the very top.

It will usually show up when you’re asking Siri a question, making a voice recording or using voice note. 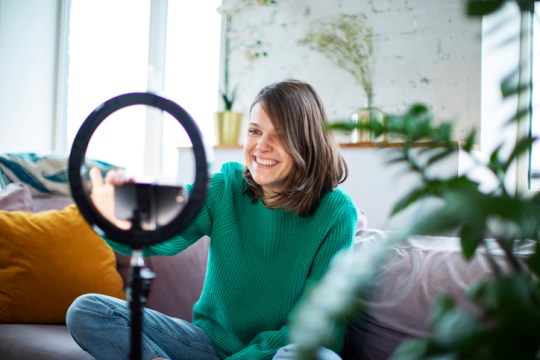 Orange light means microphone, but both green and orange will flash when you’re recording a video (Picture: Getty)

If you’re recording a video using the iPhone’s built-in camera, the green dot in the corner will briefly flash orange, to show the microphone is being used, before resuming as green.

And if it appears when you’re least expecting it, or while using a third-party app, now you know what’s going on. Again, you can adjust what apps can access via Settings.

But don’t worry: it’s got nothing to do with your battery level!

Usually with an iPhone, you’ll only see green or orange dots.

The same goes for the camera-microphone warning that’s now standard with the Android 12 update. 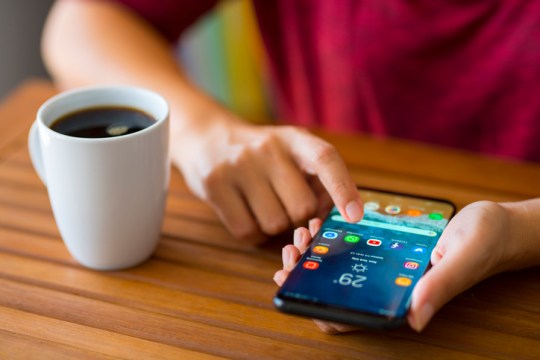 The Samsung Galaxy S9 has a range of notification lights (Picture: Getty)

However, some Android phones might use colourful LED lights to let you know about notifications.

For example, Samsung Galaxy models (S9 or earlier) use flashing lights in this way – as do the Galaxy Note9 (or earlier) and the Galaxy Alpha. Interpreting them is quite straightforward.

When your phone is charging, it’ll have a glowing red light. If that red link starts blinking, it means you’ve missed a call or text, or another notification – or your phone is recording.

Finally, a blinking blue light means your phone is connected to the charge but isn’t charging. And when you turn off the relevant Samsung Galaxy model, there’ll be a pulsing blue light.

To find out if your Samsung Galaxy is one of the earlier models, check out Samsung’s notification guide.