What is the Bank of England doing in bid to stabilise UK economy?

It’s been a very rock week for the UK economy and there could be more to come (Picture: Reuters/Getty)

When the economy hits a seriously rocky patch like in recent weeks, all eyes turn to the Bank of England.

The UK’s central bank, which works closely with the government but is independent from it, is tasked with keeping inflation at a manageable level while ensuring financial stability.

Yesterday it was forced into drastic action and admitted the markets were on the verge of a full meltdown.

It’s unlikely to be the last time the Bank will be in the headlines in the coming weeks and months.

Here’s why it is spending billions to prop up the markets in simple terms.

Why has the Bank Of England made an intervention?

One of the Bank’s jobs is to identify systemic and emerging risks to the UK economy, the sort of behind-the-scenes problems that triggered the 2008 financial crisis.

Yesterday, it found one of these and it’s all linked to the government’s announcement it intends to borrow an unspecified amount of money to fund tax cuts, including for society’s wealthiest.

In a nutshell, investors don’t like the idea because they’re not convinced the government is going to be able to cash the massive cheque it has just written.

That’s important because global financial institutions have a lot of money tied up in UK government bonds, known as ‘gilts’ and the government needs to keep selling these to pay the bills. 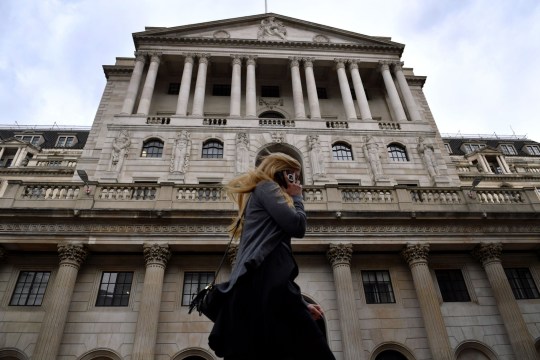 When the Bank of England is in the news, it’s generally not a good sign for the economy (Picture: Shutterstock)

These are effectively IOUs the government sells to private firms to raise money in order to funds its policies, paying an interest rate out over several decades, and they are also traded on the market between investors.

The chancellor’s announcement on Friday caused the value of the pound to plummet and interest rates – or ‘yields’ – on government bonds (in effect, the amount of money the government needs to fork out if it wants to borrow money) to rise dramatically – which costs the taxpayer billions in the long run.

What has happened to pensions and are they safe?

The problem with the big slump in the bond market is that pension funds favour them as an investment because they’re generally seen as a safe and stable way to make some money and top up the pot.

They also use complicated financial measures to shore up their financial position by trading bonds, leaving them exposed to fluctuations in the market.

The reliance of pensions on intricate financing models linked to bonds was little known or understand beyond the world of trading until yesterday. 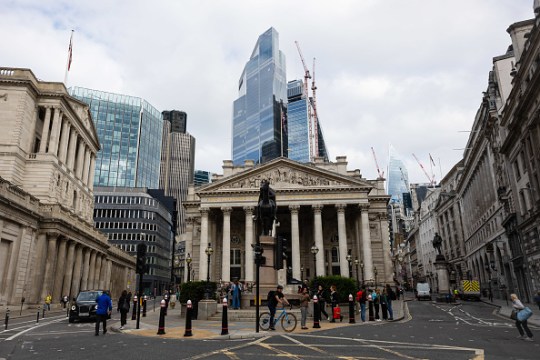 Yesterday’s move was similar to the type of dramatic action that was needed during the 2008 financial crisis (Picture: Getty)

It’s hard to know for sure how bad things got behind the scenes but it seems that some big pension funds – the company’s which hold your money for your retirement – were close to falling into deep, deep trouble.

This could have had a domino effect and the Bank said it considered it to be a ‘material risk’ to the UK economy, forcing it into action.

This has had the effect of stabilising the price and calming market nerves for the time being.

What is the Bank doing to stabilise the situation?

The Bank has announced plans to launch a temporary programme to buy gilts, effectively stepping in to provide a backstop in the market for UK government debt and halt a sell-off.

It said the move would be time-limited but would take place ‘on whatever scale is necessary’, with the price tag reportedly set to hit £65bn.

In short, the Bank is spending a lot of money to buy the bonds nobody wanted anymore because investors are losing faith in the government’s ability to pay by growing the economy.

It’s working for now but it’s unclear what the long-term impact will be or, with the government adamant it’s not changing course, whether they’ll need to go further.

Why are rising bond yields bad for the economy?

Some experts said that the rises in gilt yields in recent days have added around £20 billion to the cost of the UK servicing its ballooning debt pile.

Higher gilt yields also have a significant impact on mortgage lenders and they have been pulling loans at a record pace in response to market volatility and sharply rising yields.

A plunging pound can also cause a vicious cycle of soaring inflation, a higher bond yield and more expensive government borrowing, with interest rates hiked to try to tame the cost of living.