When are the Christmas school holidays? UK dates for winter 2021

It’s beginning to look a lot like Christmas… (Picture: Getty)

School kids have only just returned to the classroom after the October half term, but already they’re counting down the days until Christmas.

Families are looking forward to spending the holidays together, after last year’s celebrations were spoiled by the ongoing Covid-19 pandemic.

There’s not long left to wait until the festive period – but when exactly will the final term of 2021 end?

Get your diaries out, as Metro.co.uk have the all-important dates.

When are the Christmas school holidays?

Most schools in England will break up for the holidays on Friday, December 17. 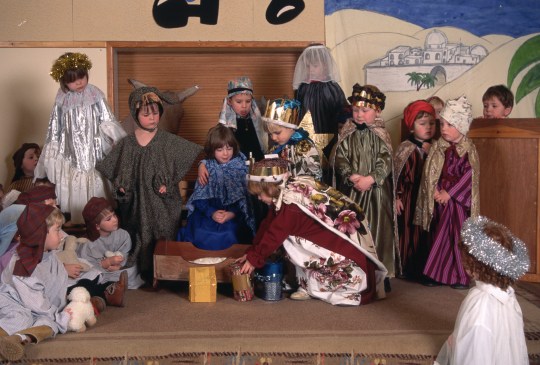 Children across the country are rehearsing the traditional Nativity play (Picture: Getty)

They will then return in the first full week of January, most likely on Monday 3 or Tuesday 4.

You can find the exact dates for your area by using the Government postcode checker.

Most will then return on January 5 or 6.

The dates vary by council, so you should check the Scottish Government website ahead of time.

Half-term dates in Wales tend to be the same as England, meaning most schools will break up on Friday, December 17.

The majority of students will then go back to school on January 3 or 4.

You can find the exact dates for your area by using the Welsh Government postcode checker.

All schools in Northern Ireland will break up for Christmas on Thursday, December 23.

The first day of term will then be Tuesday, January 4.

When is the next half term?

The next half term after the Christmas one will be in February.

This break is usually one or two weeks long, depending on the school your child attends.