THIS week millions of Muslims from all over the world will begin making their way to the holy city of Mecca.

But what do we know about the religious event and when is it taking place this year? Here’s the latest.

Muslim pilgrims gather around the Kaaba, Islam’s holiest shrine, at the Grand Mosque in Saudi Arabia’s holy city of Mecca prior to the start of the annual Hajj pilgrimage in the holy city in 2019Credit: AFP

When does Hajj start?

The Islamic calendar is different from the widely-used Gregorian calendar.

It is based on the moon’s cycle, whereas the Gregorian one is determined by the sun.

As the two don’t align, the Islamic dates move back by 11 days each year.

This means that the date of Hajj changes each year.

When does Hajj end?

This means that this year Hajj ends in the evening of Thursday, July 22. 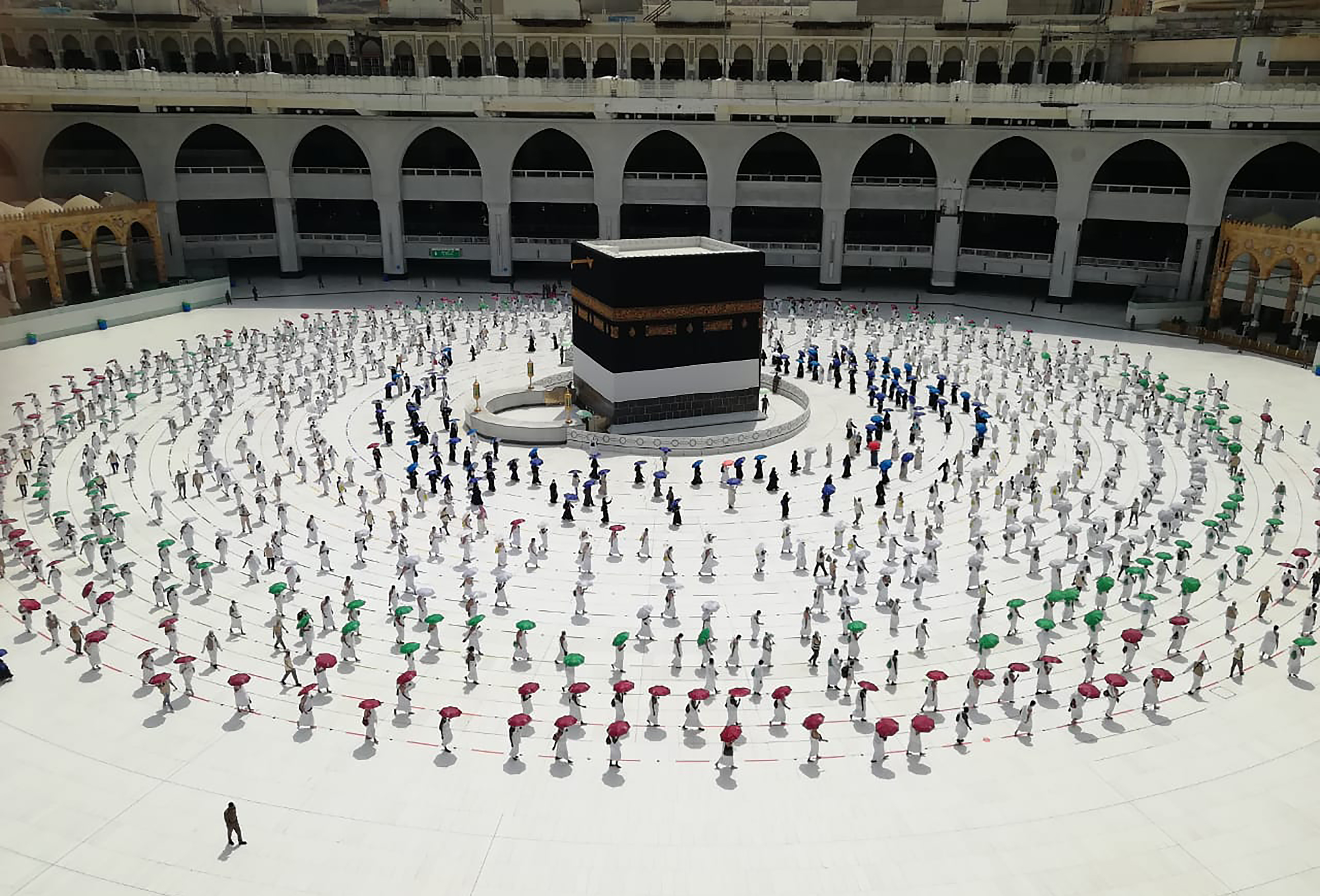 How is Hajj celebrated?

Hajj is the fifth pillar of Islam which involves men and women making a pilgrimage to Mecca (Makkah) in Saudi Arabia.

Muslims are supposed to make the journey at least once in their lifetime.

The pillar is obligatory for both men and women as long as they are physically fit or financially able to do so.

Each year around two million Muslims from around the globe flock to the city for the religious event.

Women are encouraged to go, but Islam dictates they should be accompanied by a Mahram – a close relative they would never be permitted to marry.

Muslims are given special clothes called Ihram to wear, which are simple, white garments that are supposed to make Muslims appear equal – regardless of wealth or status – before Allah.

Sex, smoking, swearing and disagreements are among the things banned during the pilgrimage.

Once in Mecca, Muslims perform the Tawaf, which is when they move counter-clockwise seven times around the Kaaba, a small shrine in the centre of the Grand Mosque.

The tradition dates back to the prophet Ibrahim – known as Abraham to Jews and Christians – who built Kaaba at Islam’s most sacred Mosque.

Pilgrims then walk or run between the mountains of Safa and Marwah seven times, which represents when Ibrahim’s wife Hagar did the same when searching for water.

On the second day of Hajj, Muslims head to Mount Arafat to stand in vigil, which is the location where Prophet Muhammad is said to have given his last sermon.

At the start of the Eid al-Adha feast, Muslims then take part in stoning ceremonies, where they toss pebbles at walls to represent the symbolic “stoning of the devil”.

Sheep are also slaughtered to give meat to the needy, and men and women trim their hair.

Hajj is considered to be the ultimate form of worship to Allah as it involves both physical and financial sacrifice.

It is supposed to represent all Muslims being equal before Allah, as pilgrims are given the same outfit to wear and take part in the same rituals.

The pilgrimage is a demonstration of the solidarity of Muslims and their submission to God.

The word “Hajj” means “to intend a journey”, which represents the physical distance Muslims travel, but also internal battles overcome.