When is the UK heatwave going to end and what are the Met Office heat health levels? – The Sun 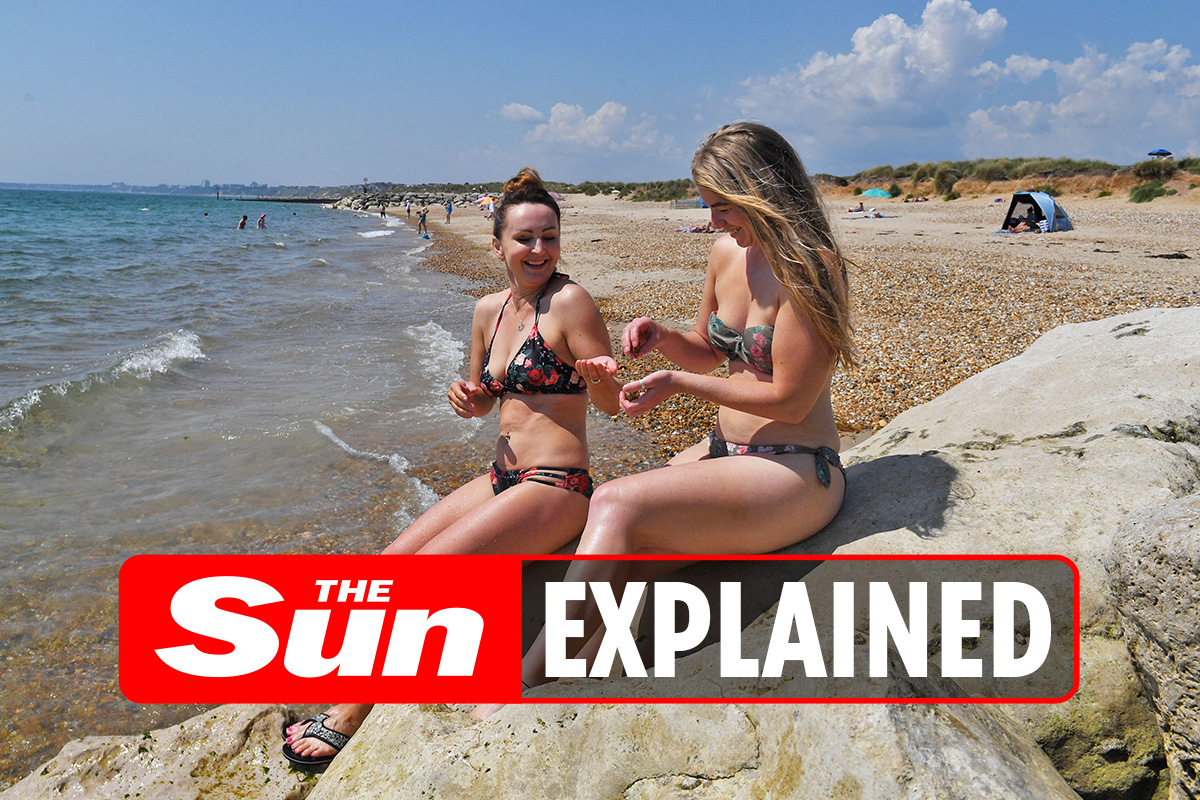 BRITS have been basking in hotter-than average temperatures over the past week.

But when will the heatwave end? Below is everything you’ll need to know…

Brits have been basking in a heatwave over the past weekCredit: BNPS

When will the heatwave end?

The Met Office’s amber extreme heat warning is set to last until Friday, with the mercury expected to climb as high as 33C in parts of the country.

Some places even recorded conditions hotter than 29C Nouakchott, Mauritania, on the edge of the Sahara Desert.
Roads melt ‘like chocolate’ and train lines buckle in extreme heat as Brits face another 30C

Bookies have slashed the odds on UK temperatures reaching a whopping 35C this week.

As the heatwave continues, Ladbrokes has cut the odds to just 3/1 that the thermometer hits 35C anywhere in the UK before the end of the week.

Jessica O’Reilly of Ladbrokes said: “Freedom Day coupled with the heatwave is sure to see plenty of workers pulling sickies this week, and it wouldn’t be a huge surprise to see temperatures surpass 35C.”

Public Health England has renewed warnings about the heat, urging people to keep hydrated, find shade and take protection against the sun.

Recent high temperatures have made roads “melt like chocolate” with councils around the country carrying out emergency repairs to surfaces damaged in the heat.
Roads melt ‘like chocolate’ and train lines buckle in extreme heat as Brits face another 30C scorcher today”>

Both England and Wales recorded the hottest day of the year on Sunday, beating records set on Saturday.

And forecasters predict it could be even warmer throughout the week, with temperatures in the low 30s.

The highest temperature of the day was recorded at Heathrow, which rocketed to 31.6C.

That beat 30.3C which was recorded in Coton In The Elms, Derbyshire, on Saturday, surpassing the 29.7C recorded in south-west London on June 14.

It was also the hottest day of the year so far in Wales, Cardiff, spiking to 30.2C, beating Saturday’s temperature of 29.6C in Usk, Monmouthshire, Wales.

Scotland and Northern Ireland did not beat records on Sunday, recording highs of 26.1C in Threave, Scotland, and 25.5C in Thomastown, NI.

The UK was even warmer than the Bahamas and Tenerife.

What are the Met Office heat health levels?

The heat-health watch service is run by both the Met Office and Public Health England each year.

There are four levels of responses and is based on an average threshold temperature – 30C by day and 15°C overnight for at least two consecutive days.

What should I do in a heatwave?

Public Health England says you should:

For more tips on beating the heat, follow these six simple tricks to help you cool down in the sun.

Sunbathers sizzle as heatwave set to continue with 32C high