Where do young people earn the most in the UK and is London highest?

The average twenty-something makes £22,622 a year and has more than £300 of disposable income each month, new research has revealed (Picture: Getty)

It may be the only place in the UK where people shell out £6 for a pint without batting an eyelid.

But London is not the capital of big earners when it comes to twenty-somethings, according to new research which reveals Liverpool as the city where under-30s make the most with an average of £27,716 per year.

Young people in the capital have the second-highest earnings, with an average of £25,524, but fall even further down the rankings when fixed costs like rent are taken into account.

The difference may be down to rent, which, unsurprisingly, Londoners spend the most on, with an average of £732 per month.

Young people in Leicester spent the next-most, with an average of £686 per month, followed by 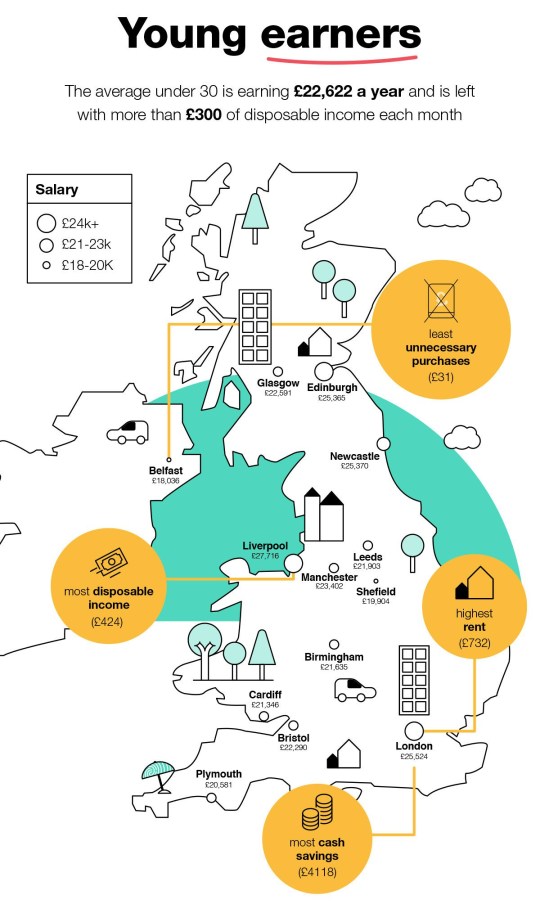 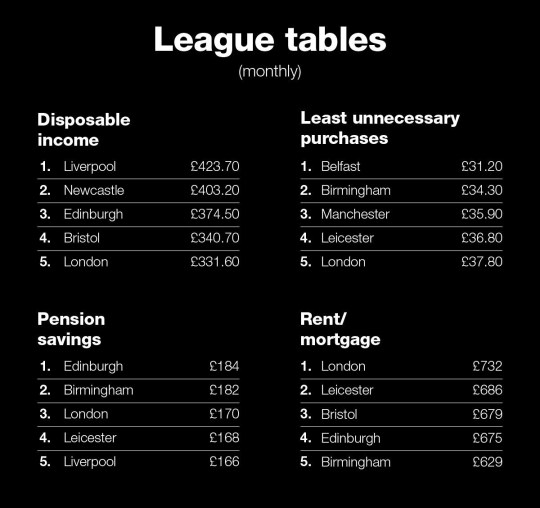 The research reveals that young people in Leicester pay nearly as much as Londoners on rent (Picture: SWNS)

In contrast, an average twenty-something in Glasgow pays just £420 a month for rent – the lowest in the UK.

The analysis shows Cambridge is home to the country’s most frugal young people, who spend just £270 a year on things they do not need compared to a nationwide average of £520.

Bristolians were found to be the most likely to treat themselves, scoring lowest (19 per cent) when asked whether they put any extra money into savings. 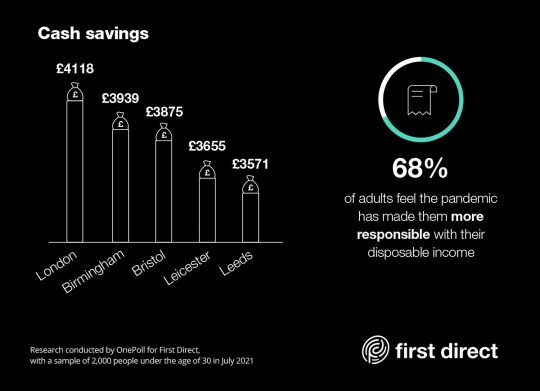 Liverpool’s top spot for earnings may be down to the fact that the North West’s economy grew the fastest out of any region in England before the pandemic.

First Direct CEO Chris Pitt said: ‘Our research revealed the past 18 months have made a big impact on the way young people spend and save.

‘In terms of average salaries and the cost of living, there are some clear differences among young people in different parts of the UK, but overall we found some sense of money confidence among this age group with many choosing to act carefully with their money.

‘This is highlighted in particular by the suggestion that if given a pay rise, more would look to increase their savings or pay off existing debts before looking to spend their earnings on new clothes or gadgets.’